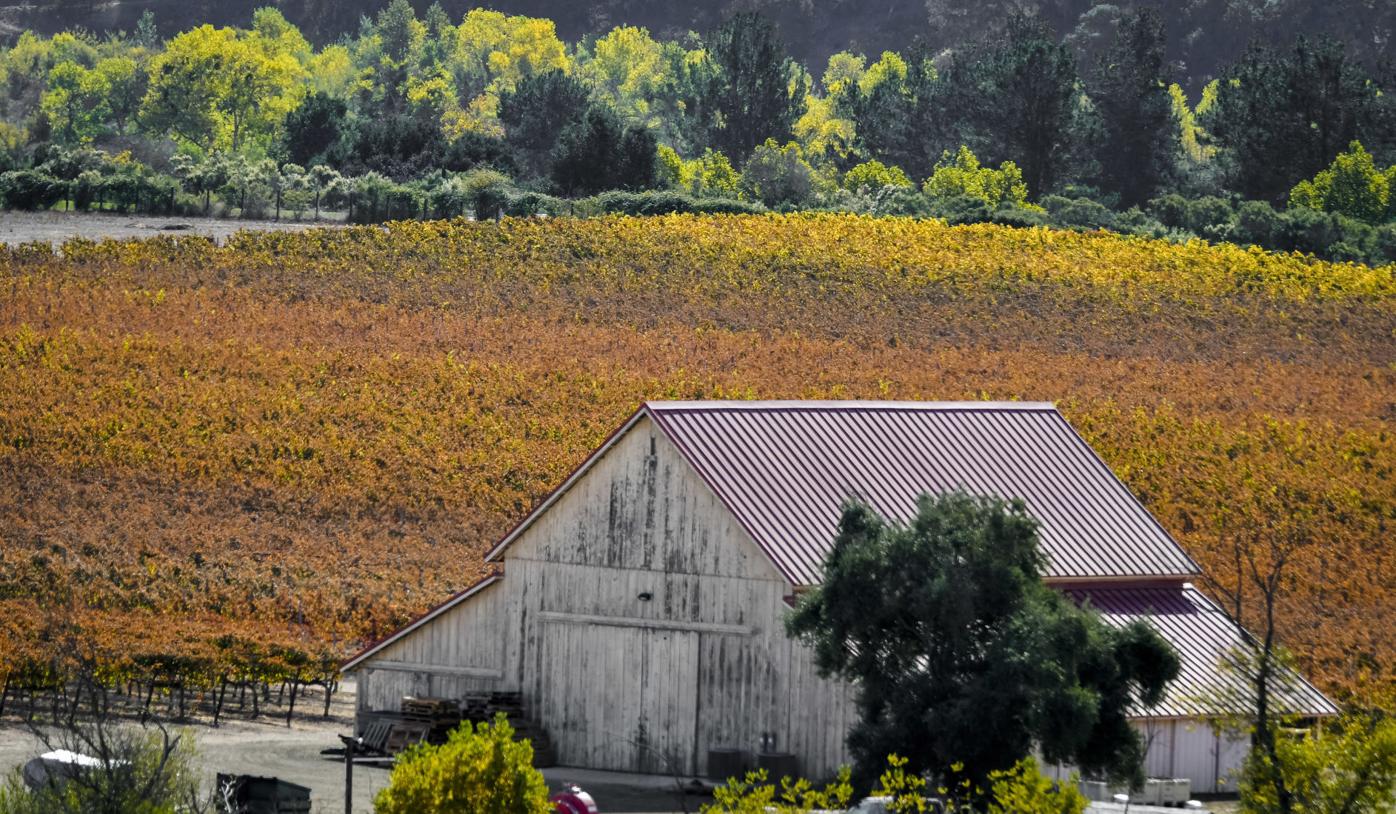 A vineyard east of Solvang turns to orange and yellow after the 2021 harvest, which vintners and the Wine Institute expect to produce exceptional wines. 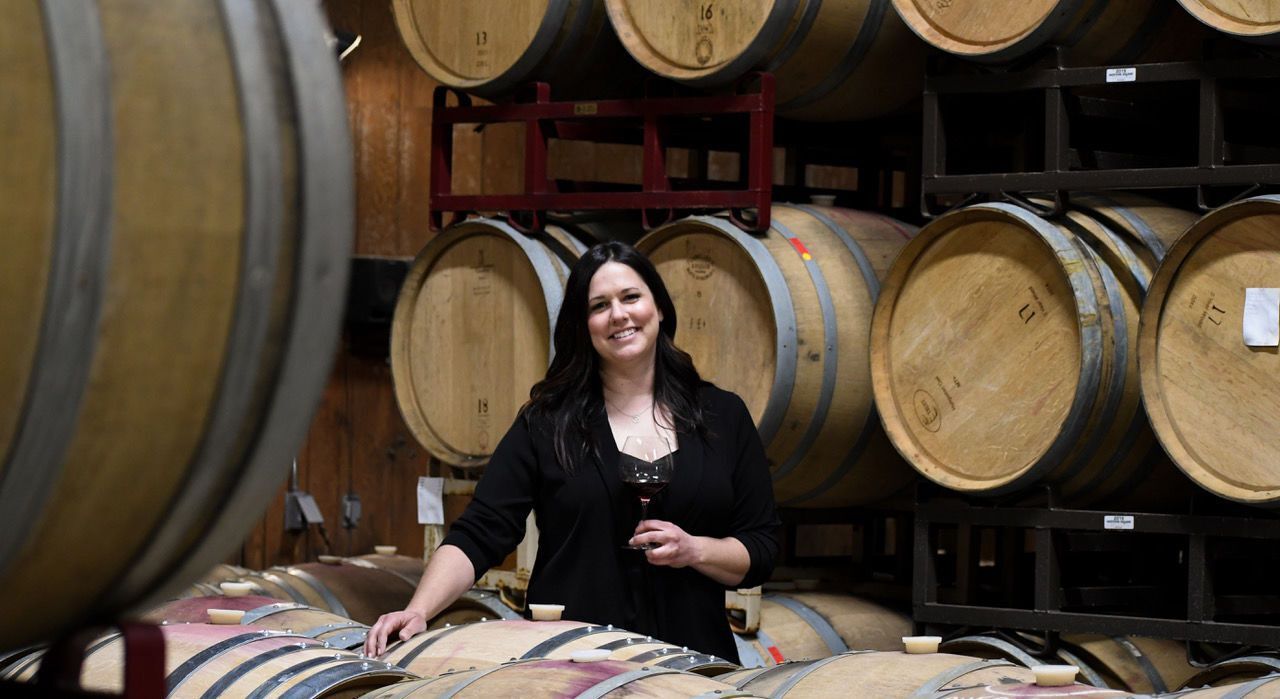 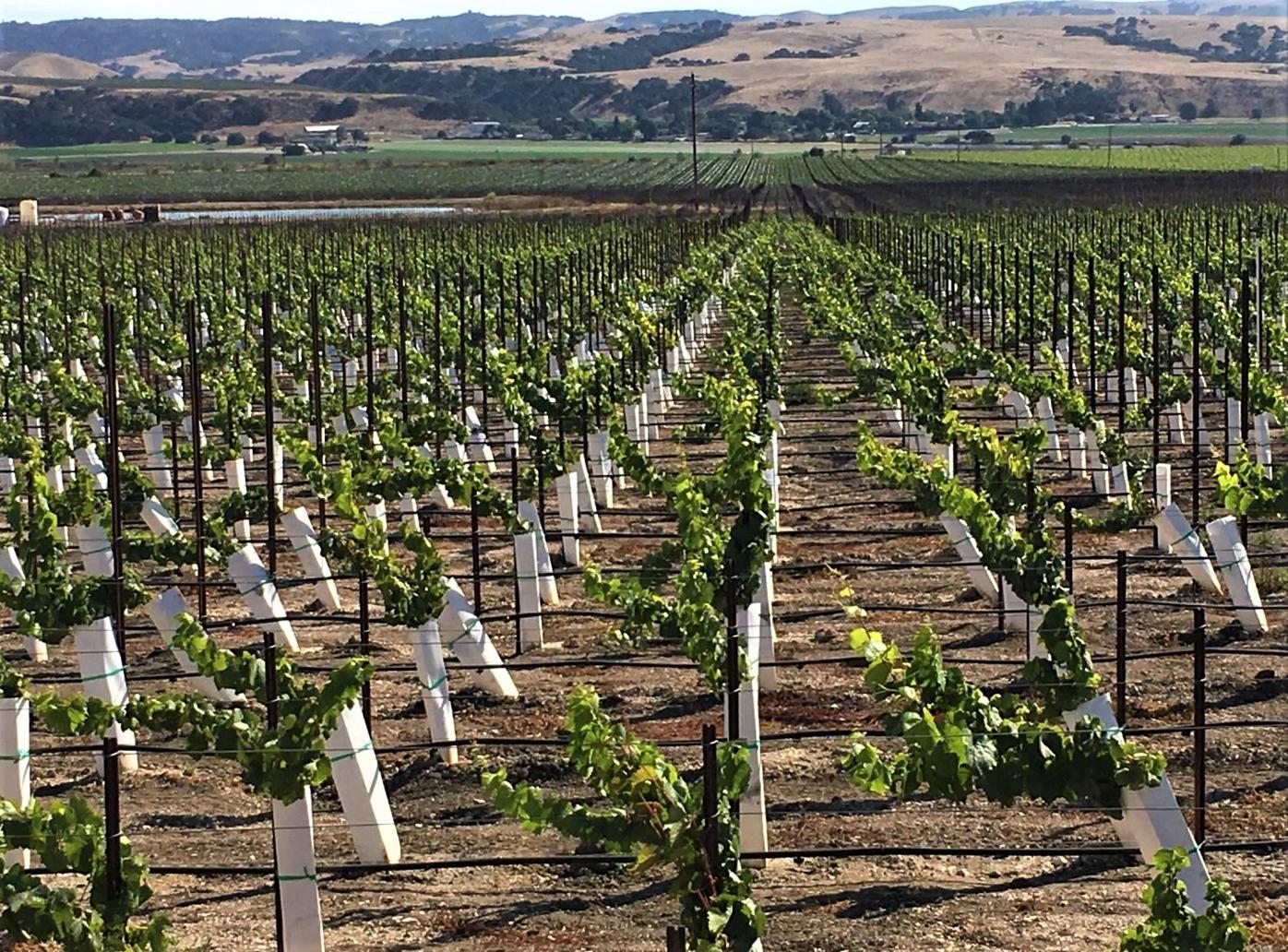 Vines from a recently planted vineyard shown in this image from July 2020 represent the health of the wine industry in Santa Barbara County, which was named the 2021 Wine Region of the Year by Wine Enthusiast magazine. 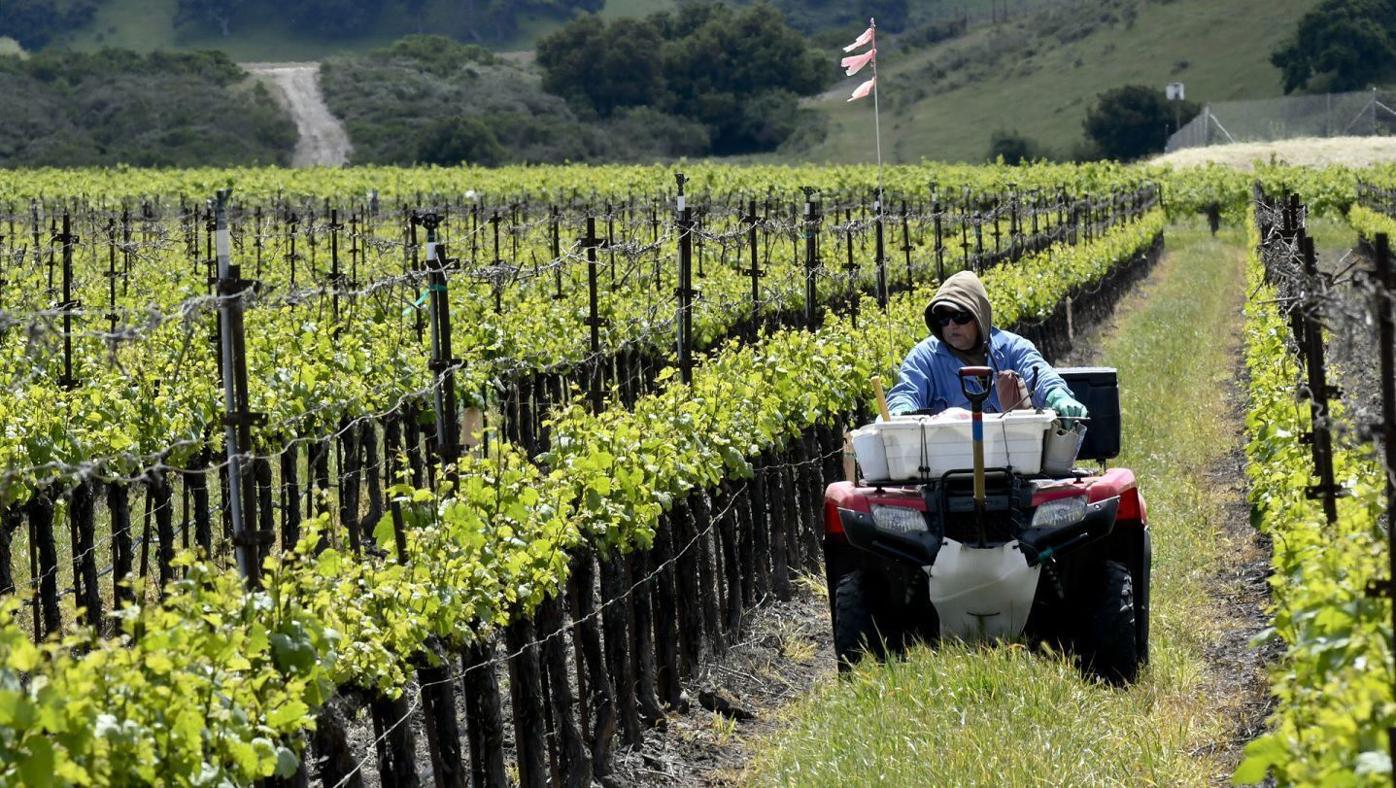 A worker rides between the rows of grape vines in a vineyard west of Los Alamos in this photo from December 2019.

A vineyard east of Solvang turns to orange and yellow after the 2021 harvest, which vintners and the Wine Institute expect to produce exceptional wines.

Vines from a recently planted vineyard shown in this image from July 2020 represent the health of the wine industry in Santa Barbara County, which was named the 2021 Wine Region of the Year by Wine Enthusiast magazine.

A worker rides between the rows of grape vines in a vineyard west of Los Alamos in this photo from December 2019.

If Santa Barbara County’s 2021 wine grape harvest produces the exceptionally high quality that vintners and industry experts are expecting, it will add more veracity to the county’s selection for the Wine Region of the Year Award from Wine Enthusiast Magazine.

Santa Barbara County rose to the top due, in part, to the many varietals produced in its diverse microclimates owing to its unique geography — valleys that run west to east, rather than north to south, thus allowing the inflow of cool Pacific air to moderate temperatures that at times can reach into double digits.

The magazine also cited the county’s “thriving culinary scene,” its cultural core in a “cosmopolitan seaside city” and a diversity of tasting experiences, from lavish estates and cozy cottages to urban warehouses and waterfront tables.

Its leadership in sustainability as home to some of the country’s first organic and regenerative vineyards, the higher proportion of women winemakers here than any other region in the state and wineries’ increasing support for farmworkers through special bottlings and scholarships were also cited in the selection.

Santa Barbara Vintners, the countywide association of wineries and vineyards headquartered in Buellton, did not respond to a request for comment.

But the Wine Institute, a public policy advocacy organization representing over 1,000 California wineries, said indications are 2021 will be a “superb” vintage for the county.

Mild weather throughout the growing season, as well as a lack of frost, strong winds and rain in the spring, allowed a good set in all varieties, which was followed by a summer with few heat spells or other extreme weather.

“Weather during the ripening period was about as ideal as you could ask for in Santa Barbara County,” said Tyler Thomas, winemaker at Dierberg Vineyard in Lompoc. “We had cool mornings and ample fog, with little-to-no heat events.”

Around the middle of September, an exceptionally wet fog caused some problems with the gray mold Botrytis cinerea in chardonnay grapes, but that was controlled through vineyard management and careful harvesting, the Wine Institute said.

Berries and cluster weights were smaller than normal, and drought conditions led to lower yields, with pinot noir dropping dramatically except in the Santa Rita Hills, where the yield was above average.

But Thomas said the wines are showing great depth of flavor at lower potential alcohol levels and higher acidity.

“We are very excited about the ability to promote energy in wines with terrific depth and generosity,” Thomas said. “The cabernet sauvignon and pinot noir wines especially seem to display this quality.”

Atypical ripening patterns led to various vintages maturing at the same time, with pinot noir in the Santa Rita Hills at least two weeks behind its normal schedule, while Bordeaux varieties in Happy Canyon matured early.

The result was a crunch when harvest began in mid-August, particularly with a lack of available trucks and drivers.

California produces about 80% of the nation’s wine, making it the world’s fourth-largest wine producing region.

More than 80% of California wine is made in a Certified Sustainable California Winery and over half of the state’s 637,000 vineyard acres are certified by one of California’s many sustainability programs.

Three Santa Barbara County agencies are calling for artwork that expresses what environmental justice means to county residents for use in county documents, and the five top artists will receive honorariums or scholarships.