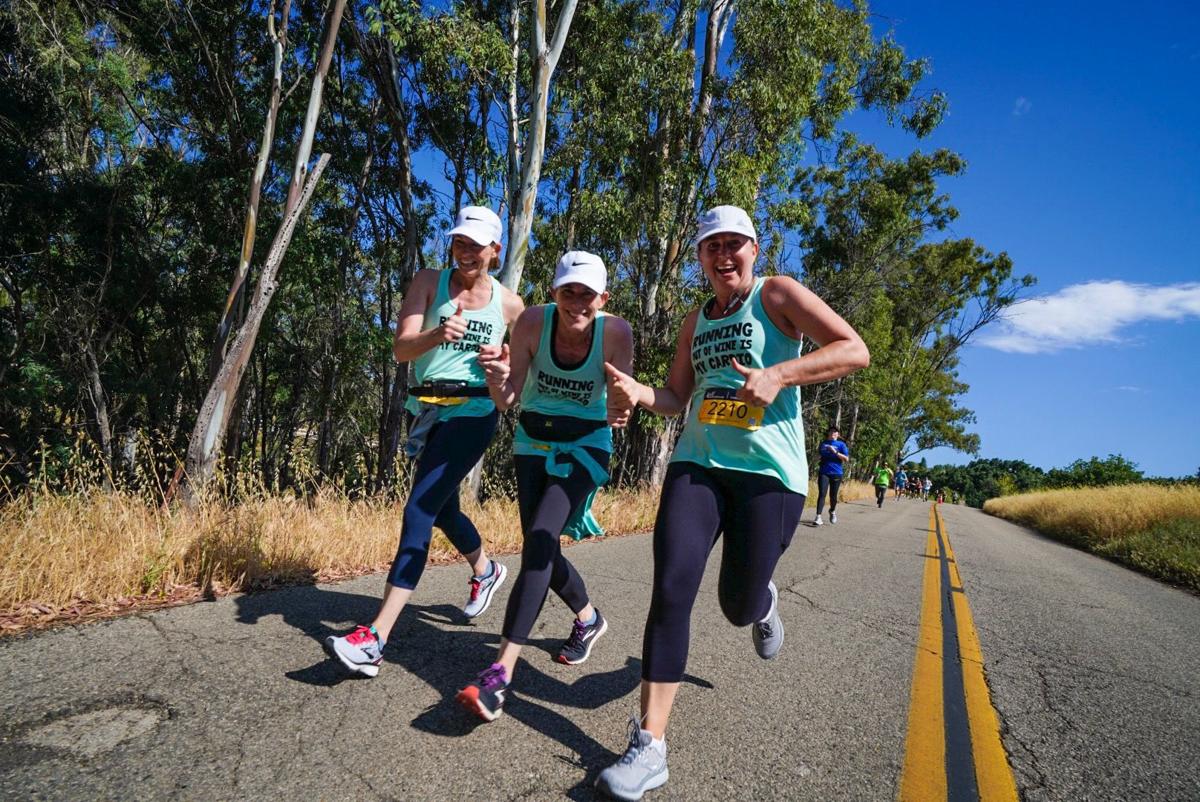 Three runners in good spirits wear their "Running Out of Wine is My Cardio" tops at the 13th annual marathon. 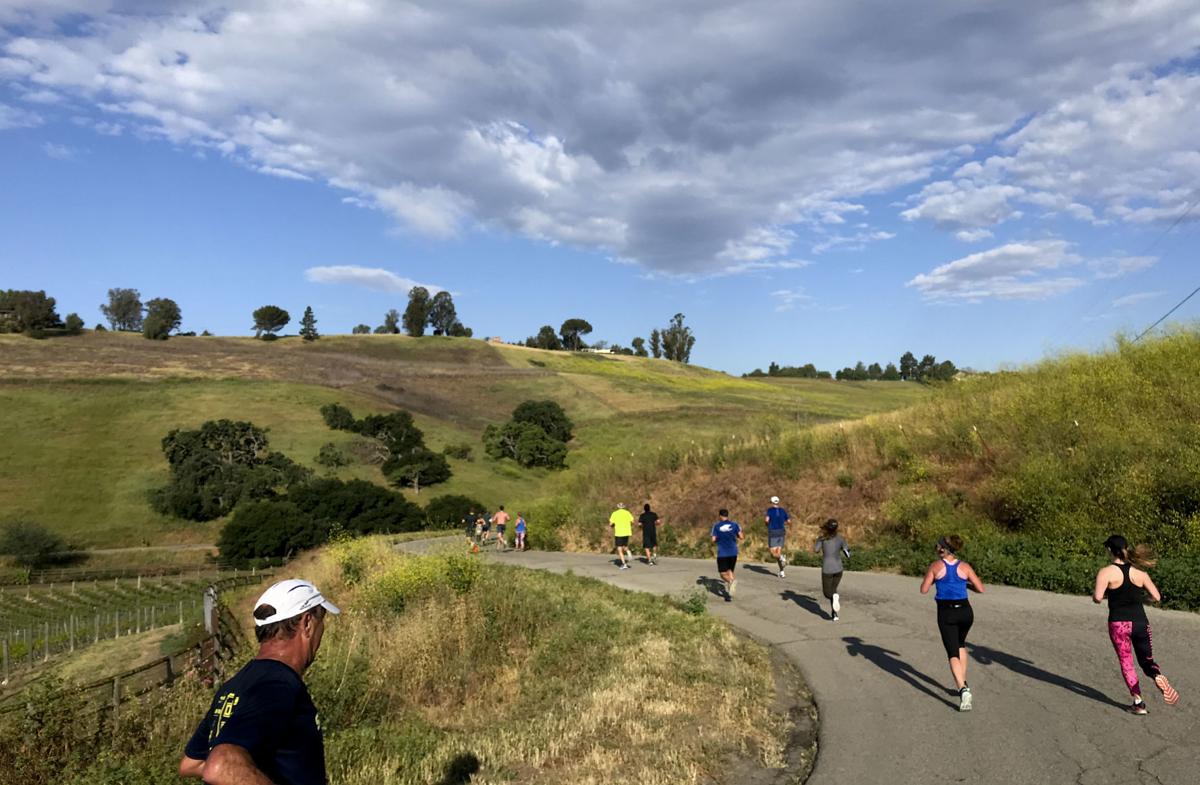 Runners make their way back to Solvang on Ballard Canyon Road during the 2019 Santa Barbara Wine Country Half Marathon.

Following the postponement of the 14th annual Santa Barbara Wine Country Half Marathon due to social distancing restrictions brought on by the COVID-19 crisis, event spokesman Dan Cruz recently announced that a new date has been set.

The marathon, which was originally slated for May 9, has been moved to Saturday, Nov. 21.

"More than 2,000 runners are registered for the race and all of them received this communication earlier today," Cruz reported on April 29. "The best news, is we’ve received such a positive response from runners to the date change on social media."

Those previously registered for the 2020 event who are able to participate in the rescheduled race are already in the books for November, Cruz said, adding that a race bib and wine glass will be waiting for them.

Traditionally the 13.1-mile run through Santa Ynez Valley vineyards and into downtown Solvang attracts competitors from dozens of states around the country.

As always in a storm there is a silver lining, the incredible deals wineries are offering for online sales. Most include shipping within the U.S., most offer discounts to everyone, which may be deeper (but not always) for their wine club members. Fortunately, I receive press releases and I stay informed of these sales through social media. I do it to share the news with my readers, who much like me, always appreciate a good deal when we find them.

An economic report provided to event organizers that was conducted by a third party reflected that last year's marathon generated nearly $1.6 million in revenue for Santa Barbara County.

"People are very happy that the race was rescheduled and not canceled, which hopefully sets us up to put on the best event in the half-marathon’s 14-year history," said Cruz.

Event details and registration information can be found at www.runsipsantabarbara.com

“It was to be a relaxed project growing Pinot Noir and Chardonnay along with a variety of vegetables and fruits, including a grove of olive trees.”

PAIRINGS Here’s a nice “stay at home” recipe and wine pairing for these troublesome times.

Nagy is an industry veteran and Santa Maria native.

“We were having such an amazing eight months before this all happened. Now we’re fighting to pay our rent and just trying to stay afloat.”

Alma Rosa Winery will donate 10% of all sales generated during the month of May to the Mental Wellness Center of Santa Barbara.

Three runners in good spirits wear their "Running Out of Wine is My Cardio" tops at the 13th annual marathon.

Runners make their way back to Solvang on Ballard Canyon Road during the 2019 Santa Barbara Wine Country Half Marathon.