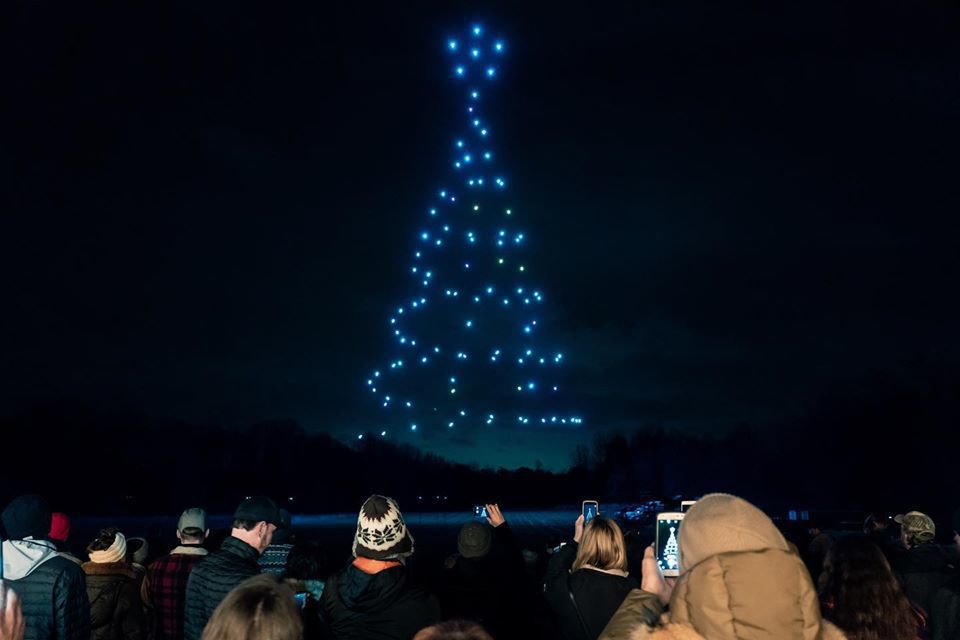 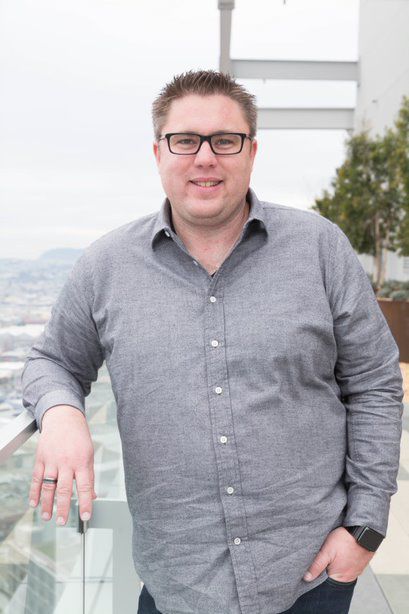 Scott Shuemake, co-founder and company president of IDK Events, will lead the month-long production of the multi-event Solvang Julefest celebration. 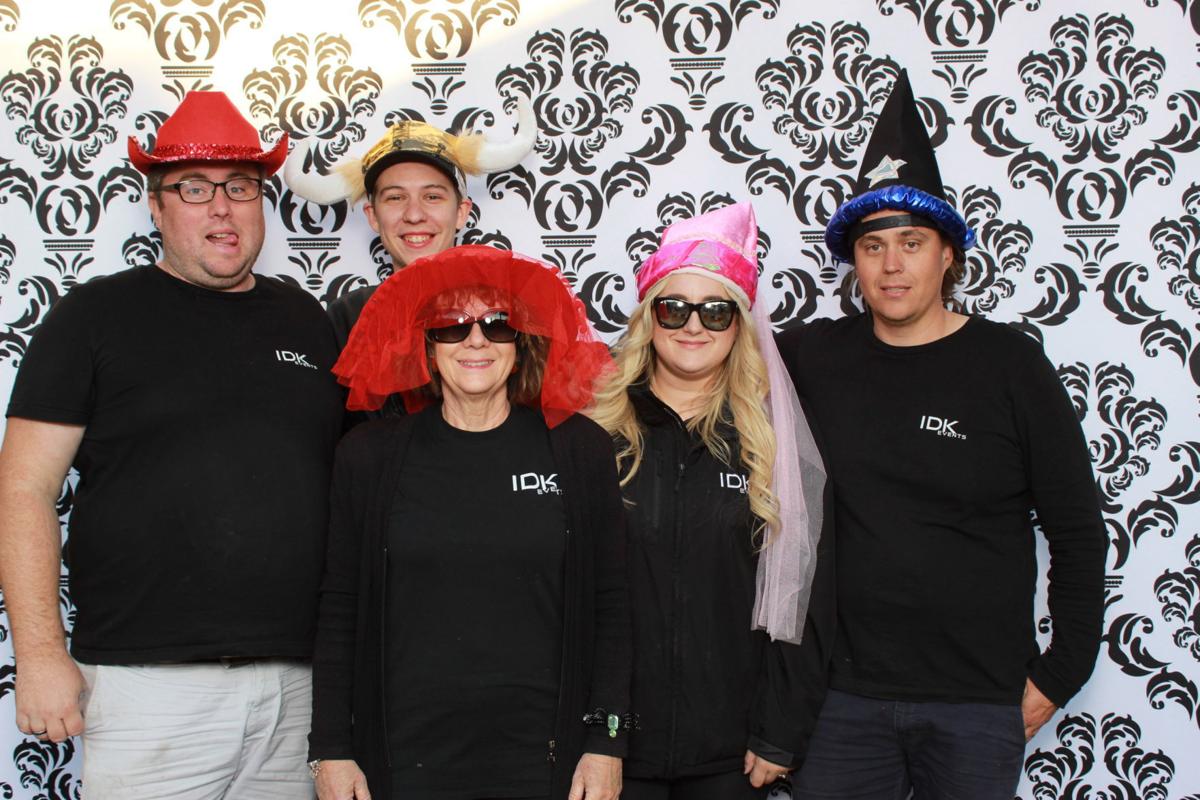 Now that the dust has settled, the snow can be trucked in.

Since "Locally owned, Internationally known" event producers IDK Events won the bid to design and execute Solvang's monthlong signature Julefest celebration in September, co-founder and company president Scott Shuemake and his team have been working around the clock to pull off a memorable snow-filled event that he hopes locals will love.

According to Shuemake, in addition to local multimedia freelancer Daniel Lahr who they hired on as a full time employee in October, San Francisco-based team members have been in Solvang two to three times a week.

"All four of us are on more than full time, right now," Shuemake explained. "It's a lot of work but I'm confident we'll get there."

Though new adventures await locals in Solvang for this year's annual Julefest, like the choreographed drone show themed “Aurora Dronealis on Dec. 21, Shuemake maintains that having spent time with residents and city leaders, a more traditional Danish flavor is foremost in his mind.

"These smaller events are not what we do every day, but we love doing them," he said. "It gives our family an excuse to come together and deliver something magical for other families."

Having served as the director sponsor of hospitality tech for the 2010 Vancouver Games, 2012 London Olympic Games and the 2016 Rio Olympic Games, as well as executive producer for a number of large community events throughout San Francisco over the past 17 years, Shuemake said the smaller, more intimate Julefest is personal to him.

Beginning Saturday, Nov. 30, Solvang Julefest kicks off with a month of new and traditional events for the whole family.

12 - 6 p.m. "Nisse Adventure" Join in on the city wide hunt for the mysterious Solvang Nisse hidden throughout Downtown Solvang. Use nisseadventure.com to find clues for the various hiding spots the nisse frequents. Once you find the nisse, you will scan a QR code to continue your adventure and earn a special prize at each spot.

12 - 4 p.m. "Santa's Village" opens, and will be open every Saturday leading up to Christmas Day in Solvang Park. Pictures with Santa and Mrs. Clause are free. A new addition is Santa's Lade, a winter wonderland experience featuring REAL snow love animals, and holiday treats; entrance is $5.

5 - 6 p.m. "Julefest Candlelight Tours" begins, giving guests and locals a change to participate in a guided tour led by a costumed guide. Every participant will receive an LED candle to hold while learning about Solvang, listening to Christmas carols, and experiencing the sights and sounds of Christmas. This experience is free and will leave the Visitor's Center at 5 p.m. VIP Candelight Tours will be available or a free. These tours offer a more intimate experience and a private meet and greet with Mr. Claus. Tickets are available online at www.solvangjulefest.org

The five-year-old events company, based out of two offices in San Francisco and Hong Kong, consists of five full-time employees and part-time staff, some of which are Shuemake's family members.

His business manager, Bev Shuemake, is also his mother; and Jacob Dornan, the vice president of production and co-founder, is his fiancé. His brother and sister-in-law also join in occasionally to help out when they can.

"IDK is a family-focused company," Shuemake said. "My mom will come with us to Solvang to help decorate the big downtown tree. She just loves being part of this."

Shuemake says given that Julefest is the company's first Christmas event, the whole team is on board.

"We're all very excited," he said. "It's really influenced by sitting around the fire and asking the whole family, 'what would be fun?'" he said.

Since growing up in Fresno and never experiencing a white Christmas, Shuemake says bringing loads of snow to local kids seemed like a fun idea.

Visiting Solvang each weekend in December, a large truck with a machine on its backside will arrive from Southern California, pumping out two tons of snow an hour.

Adding to the overall merriment of Solvang's Juelfest festivities, the City of Solvang has announced plans to include a choreographed drone sh…

"We're bringing in about 10 tons of snow every Saturday," he said.

And to celebrate the holiday spirit, Santa is coming to town.

According to Shuemake, Santa will sit inside his bucolic "lade," meaning barn in Danish, accompanied by a new set of friends each week: a visiting petting zoo for kids to enjoy, or a selection of trained animals brought in by a company out of the San Fernando Valley that specializes in training animals for the entertainment industry.

"They trained the dog from the Marley and Me movie. And the ducks from the Aflac commercials are theirs too," Shuemake explained.

The Saturday before Christmas, visiting reindeer will join Santa — not guiding his slay but hanging out in his barn.

"Every Saturday will be different but Santa will always be there," Shuemake said. "It's all going to be really magical."

To view the full list of Julefest events, visit www.solvangjulefest.org

In an effort to breathe new life into a Solvang tradition, attract visitors and shoppers and put the city firmly on the holiday tourism map, Solvang City Council on Monday enthusiastically threw its support — and up to $110,000 — behind bringing a lighted drone show and light show to Julefest.

With scant weeks to go before Julefest, the Solvang City Council has decided to go with a big outside promoter to produce and manage the month…

Longtime friends John Martino and Bent Olsen of Olsen's Bakery have been named 2019 Solvang Julefest Parade grand marshals for their commitment to the betterment of the city.

The Women’s Guild of St. Mark’s will deck the church's Stacey Hall in preparation for its annual Christmas luncheon to be held on Saturday, Dec. 14, at 11:30 a.m. The group is inviting local women to attend.

Maintaining its reputation as Danish Capital of the U.S.A. and as one of "America's most Christmassy Towns," Solvang lit up the night with holiday spirit Friday, attracting large crowds to the village center to witness the official Julefest tree lighting ceremony.

The City of Solvang in partnership with Northern California-based IDK Events, will continue its lineup of Solvang Julefest holiday events through the month of December.

The city of Solvang lit up the sky Saturday night with a cinematic show of lights a few thousand feet in the air, as part of the city's monthlong Julefest celebration.

Scott Shuemake, co-founder and company president of IDK Events, will lead the month-long production of the multi-event Solvang Julefest celebration.