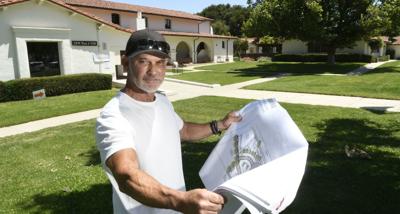 Unrolling several pages of architectural renderings that colorfully illustrate his vision for seven acres in downtown Solvang, Santa Barbara developer Ed St. George points to a feature at the center of his drawings: the Solvang Veterans Memorial Hall.

St. George unveiled the modified version of his proposed mixed-use development project during an interview last week, that spares the large hall of the Veterans Memorial Hall from demolition.

The update, which makes the Veterans Hall the centerpiece of the 5-year project, comes after local residents vehemently opposed St. George’s first iteration at a May 26 City Council meeting, which called for the removal of the 84-year-old veterans’ community building, as well as the Solvang Library, the senior center, Sheriff's Office and city administration buildings.

“I don’t know how I missed it with this project,” said St. George, likening his proposed city square project to the plazas of Europe, which he says are traditionally themed around some national monument or a memorial to pay homage to its veterans.

The city of Solvang will host three separate community workshop sessions on Saturday, June 27, for the purpose of discussing and gathering public input on the blended-use project in downtown Solvang, proposed by residential developer Ed St. George of Santa Barbara.

In observance of social distancing guidelines, three separate workshop sessions will be conducted at the Solvang Veterans Hall, 1745 Mission Drive, and facilitated by city staff and St. George.

An alternative development proposal, which would incorporate the large hall of the Veterans Memorial building as a centerpiece, will be discussed at the scheduled oworkshop.

Workshop sessions are scheduled as follows:

To attend, advance reservations are requested by emailing CityHall@CityofSolvang.com, or by calling 805-688-5575. Interested parties should note their session time preference(s) when contacting the city.

Additional information about the June 27 workshops will be posted on the Solvang Resources website: www.SolvangResources.com. Questions may be directed to media@CityofSolvang.com.

Having been a resident of Italy for several years and being impressed by the centrality and high-usage of the 300-year-old piazzas found throughout the region, St. George says he understands Solvang locals’ passion about keeping the building.

“Veterans Hall vets’ main concern is acknowledgement and remembrance,” he said, explaining that he sat down with a group of local veterans after the council meeting. “Even the piazzas in Europe have these memorials with the names of their veterans inscribed on a wall or building to remind them that freedom isn’t free.”

St. George acknowledged that presenting the project without knowledge of the vets hall's importance was a real misstep on his part, and vowed to work with locals to address their concerns – as long as the feedback is constructive.

"A good development is when the majority of the people are happy," he said. "I don't want to do it if there's a lot of bad will toward the project."

Beyond the preservation of the vets hall, the $250 million dollar project calls for the two-phase construction of two hotels, 36,000 to 49,000 square feet of commercial space, 105 to 181 housing units, and a 500-space parking structure that would cost upwards of $40 million.

To handle traffic generated by the project, St. George proposes reducing tourism by one-third and bringing in bigger spenders who stay more than a few hours, such as a weekend at a time or longer. He argues that the only way to attract and retain a different kind of visitor is to create an experience similar to that of European cities that boast cafés, retail spaces, community arts, wellness hotels and residential units, all within their plazas.

Existing stakeholders would remain, and receive an upgrade. The new senior center design includes a kitchen and activity rooms; the library would become a business and tech center, but offering digitized books in addition to paperback. The sheriff’s office would become a more central piece to the plaza, featuring a 7-unit affordable living quarters.

"None of this is original. This is a concept that evolved over 2,500 years. It's why Europe works great. There's no reason why Solvang shouldn't be the bike riding capitol of California," St. George said, comparing Solvang's crowded downtown area filled with parking lots and communal areas abutting busy streets that he says are contrary to sister city Copenhagen, the biking capitol of the world.

The project moniker, "Solvang 2.0”,  is a project name coined by the city back in 2012 to address water supply and distribution improvements. It was rehashed at the council meeting and used to reference the building up of Solvang's infrastructure rather than out.

The idea was spurned by many residents who expressed fear of losing historical identity, adding to the city's already mounting traffic problems and veering too far from Solvang's small village feel due to the project's size and scale.

However Mayor Ryan Toussaint, recalling talk of high-density development in 2017 while serving as a Solvang councilman, said the conversation is anything but new.

“Councils for the past 10 years have been discussing the development of that area,” he said, referring to the old Skytt lumberyard that has sat vacant for years under the ownership of Mitch Williams, who purchased it more than five years ago from Hans Skytt. Williams had it rezoned for high density residential to accommodate an apartment complex.

Toussaint described how Williams encountered constant roadblocks with his project and threatened to take it to the county level to move it forward.

“I then approached Mitch and suggested he develop the property in a way to help keep water and sewer rates of nearby residences down,” said Toussaint, who was a council member at the time. Toussaint further explained how residential construction would undoubtedly increase utility costs for nearby residents, unlike that of a hotel that would offset utility costs and produce revenue. “Mitch understood my vision and said, ‘I’m just not a hotel developer.’”

St. George got wind that the property was up for sale, and in late March agreed to buy the old lumberyard, 1783 and 1793 Mission Drive, with an interest to build a 70-unit complex for the “working class”.

Staying true to the platform he ran on in 2017 that included stabilizing water rates, upgrading aging infrastructure and building strategic partnerships, Toussaint said he reached out to St. George with the same idea to build a boutique hotel rather than an apartment complex, that would better serve local residents and add value to city coffers.

"We want to attract people who want to stay here multiple nights," Toussaint said, referring to the $38 average spend of visiting tourists who use city facilities and leave. "It costs us more per flush than what they spend. It would take over 80 day-trippers to equal a one-night stay and dinner in Solvang."

Being a developer, St. George said he countered Toussaint's hotel idea on the 2.19-acre property he purchased, and proposed a grander idea that he refers to as more of a "Legacy Project" to help stimulate the local economy and revitalize the downtown area for future generations.

"Solvang is being used as a potty stop on their way to San Francisco from Los Angeles and on the way back," said St. George. "I don't like that at all. Solvang is special."

With the exception of intersecting cross-streets, Copenhagen drive will be closed to vehicles and opened to foot traffic from Alisal Road to Second Street.

It's out in the open – it's fresh air. Everybody's been indoors the last three of four months. I like this better than how it used to be. It reminds me of a Hallmark movie.

After returning from two weeks in New York City helping with its mortuary services, Dan Flynn decided to go for a walk with his wife near Sant…

In an effort to save money, time and forge ahead on campaign promises, Solvang City Council members opted to approve, rather than send to the polls, an ordinance limiting annexation for 20 years.

June 26 recap: Solvang news you may have missed this week

The long-awaited return of an outdoor market in Lompoc is set for Saturday, when items for sale will include local goods, produce, crafts and more. Lompoc Outdoor Community Market will continue every Saturday from 9 a.m. to 3 p.m. at 200 W. Ocean Ave.

The public is invited to meet the artists, participate in a prize-winning drawing and witness miniature horses performing with trainer Ramon Becerra during the Artisan Market on April 17.

Chumash Enterprises will host a job fair from 10 a.m. to 4 p.m. Wednesday at the Chumash Employee Resource Center, located at 585 McMurray Road in Buellton. 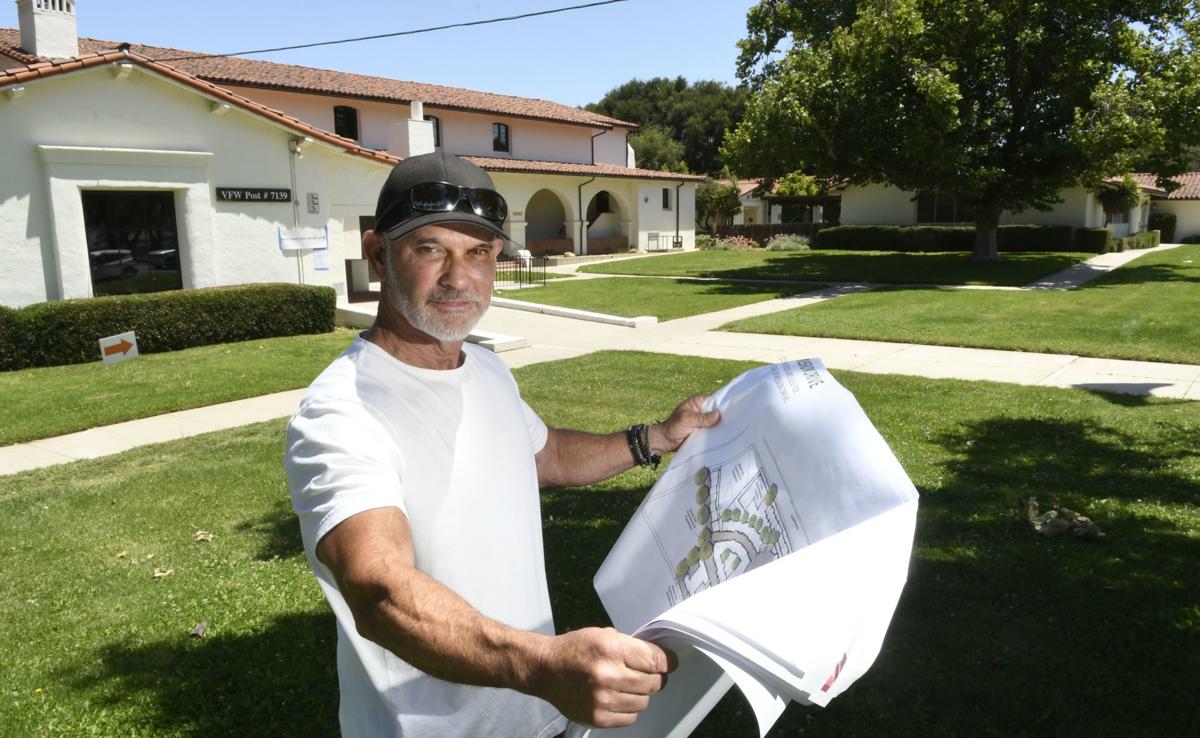 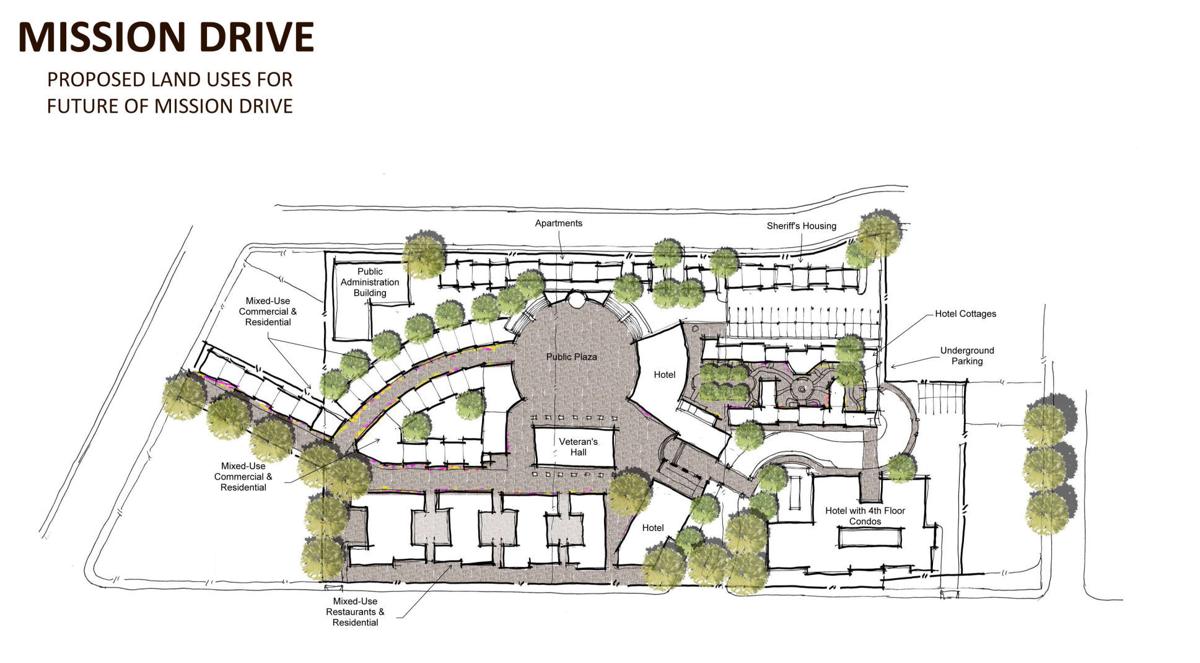 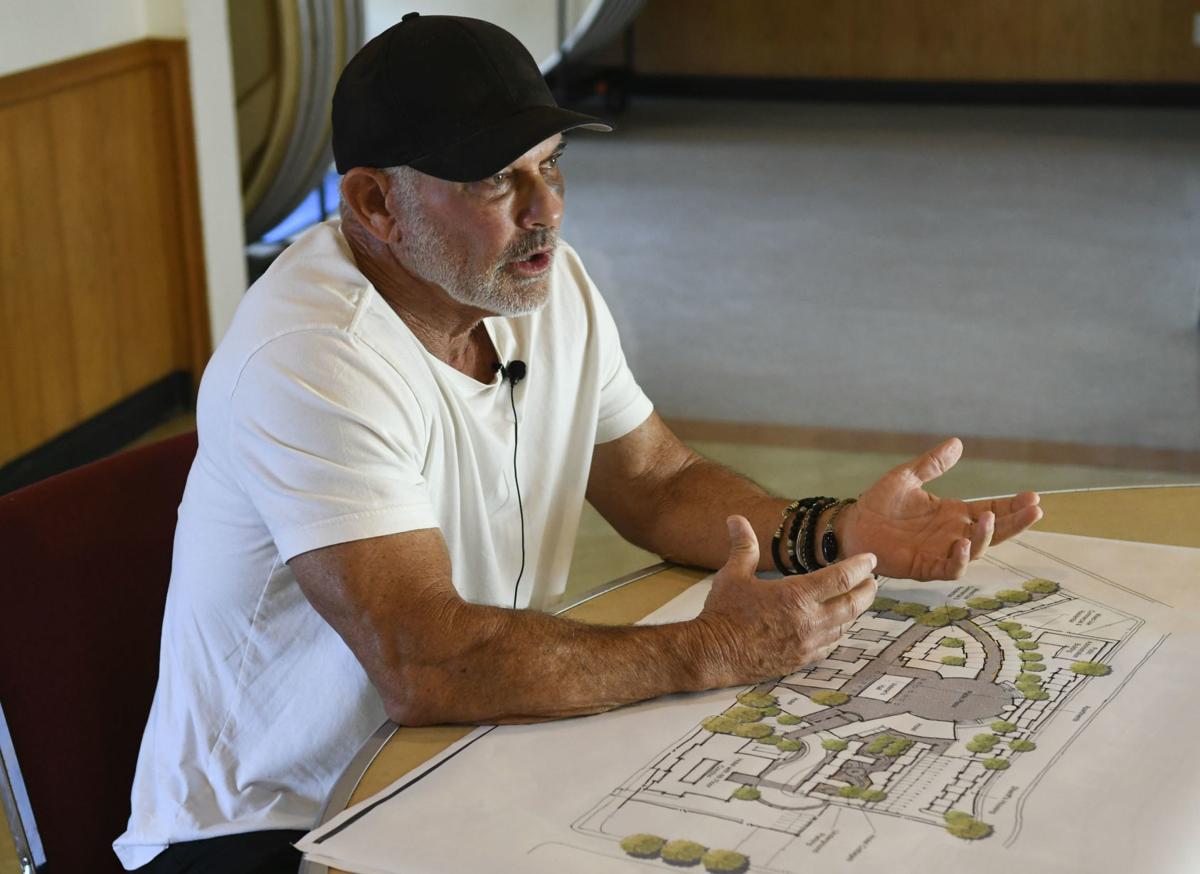 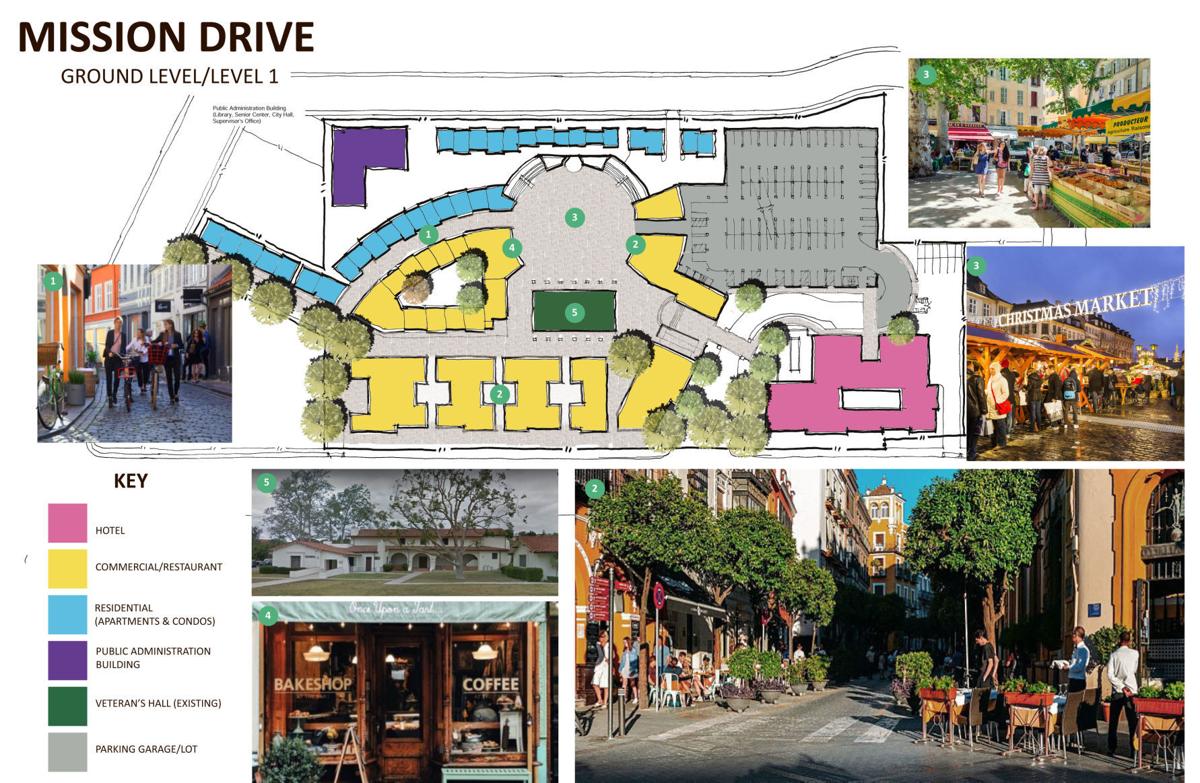 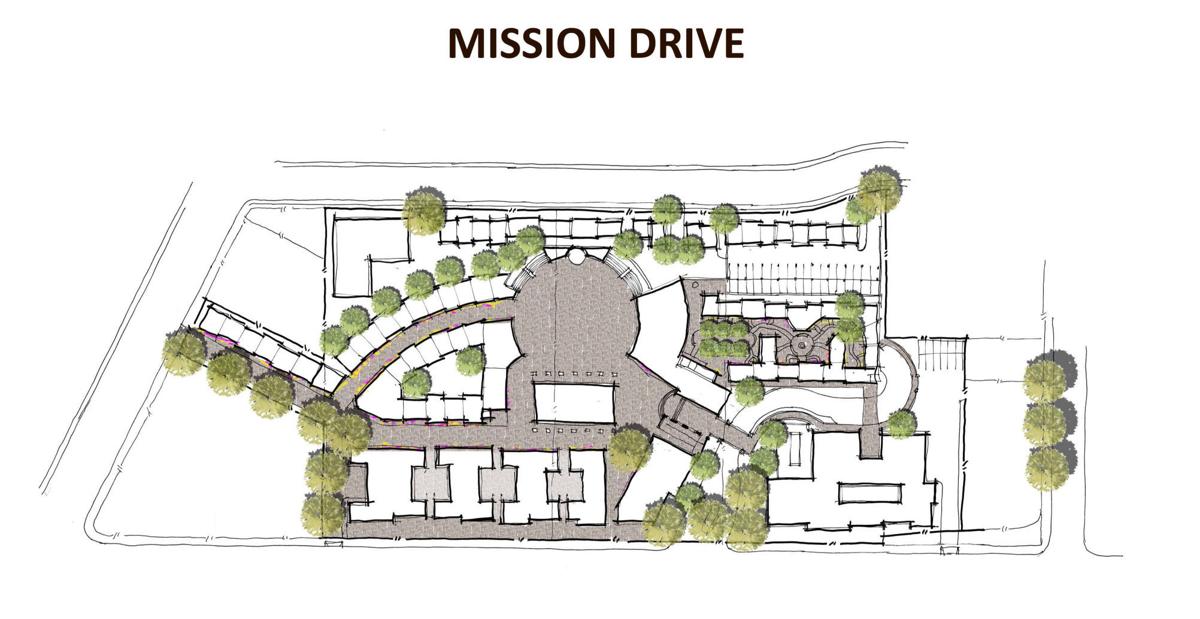 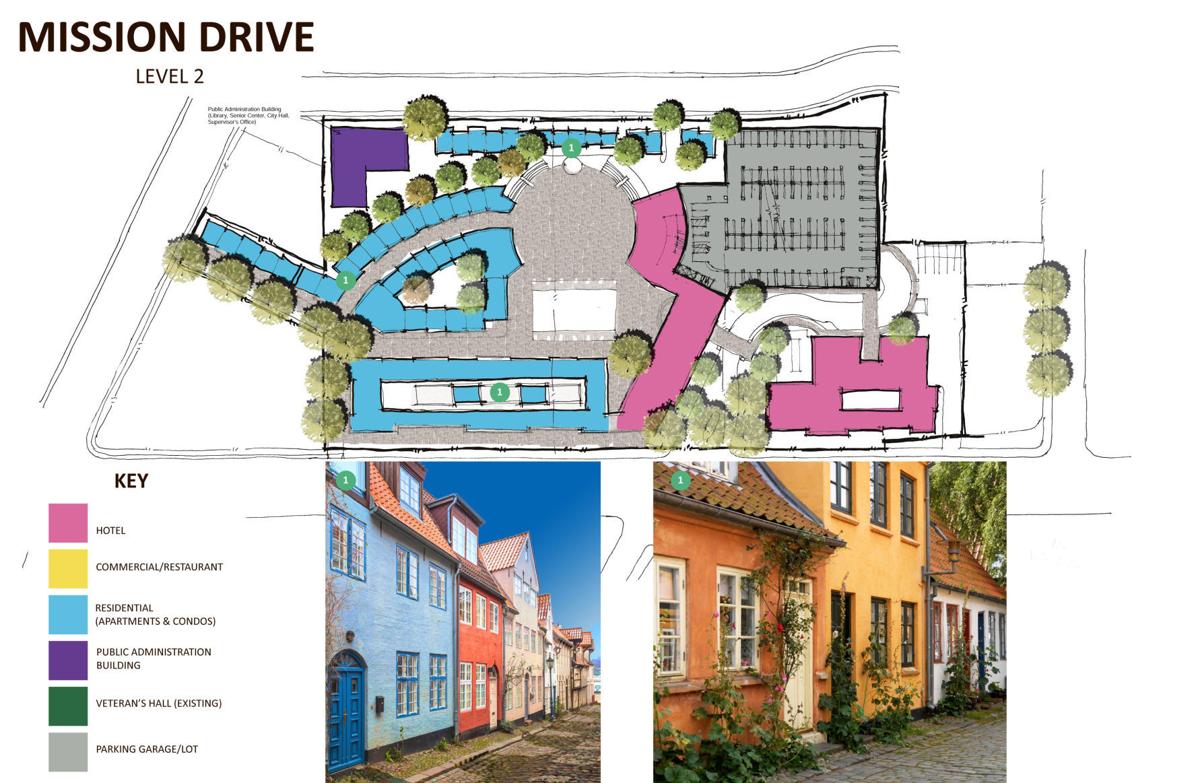 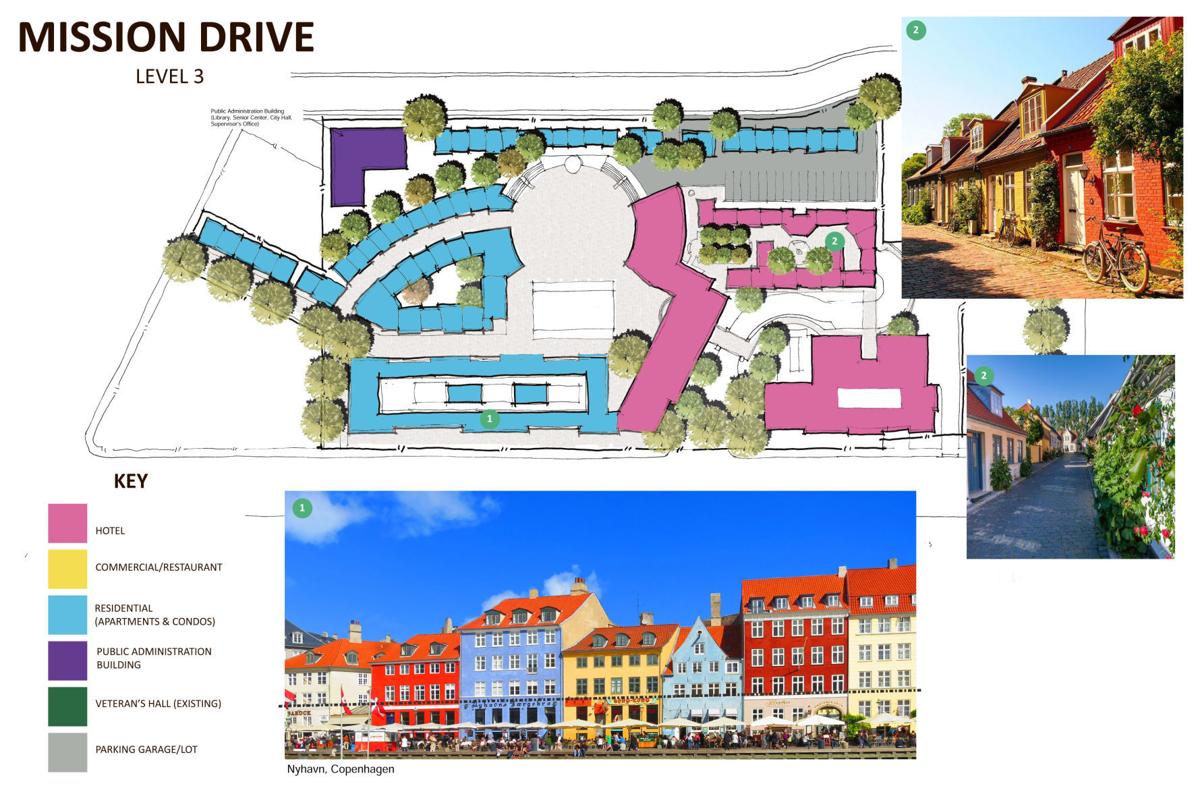 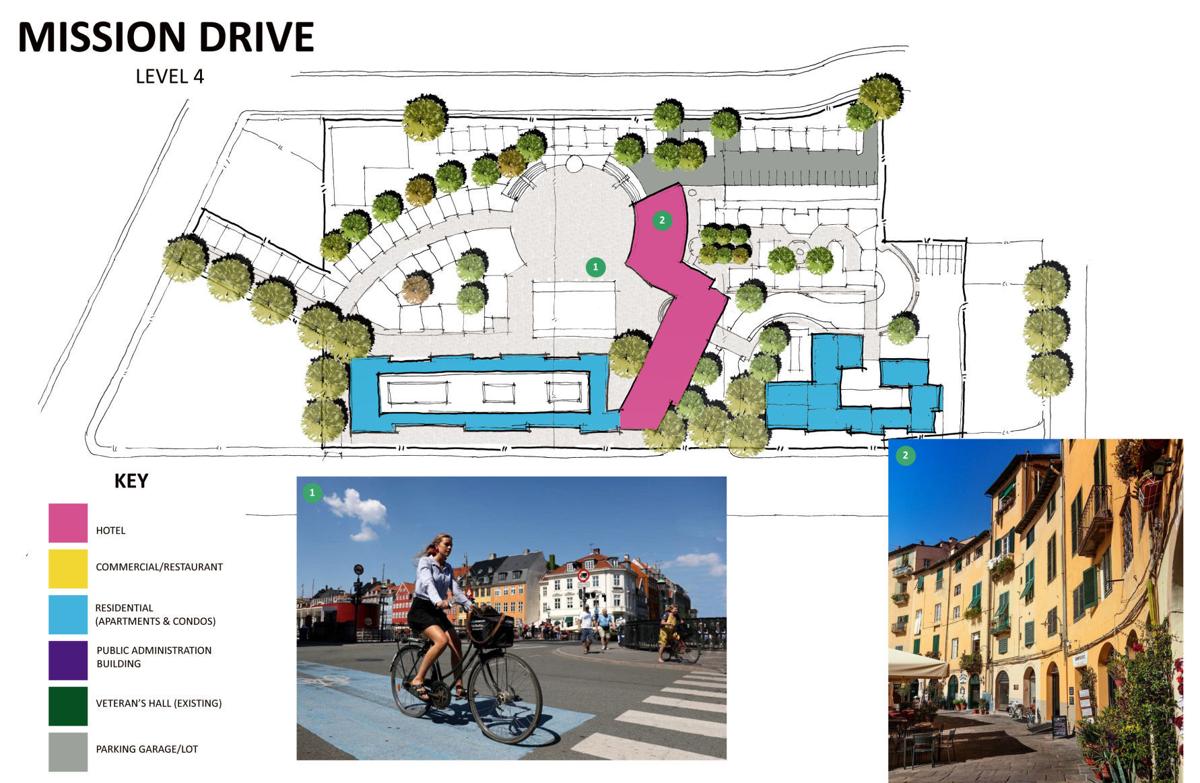 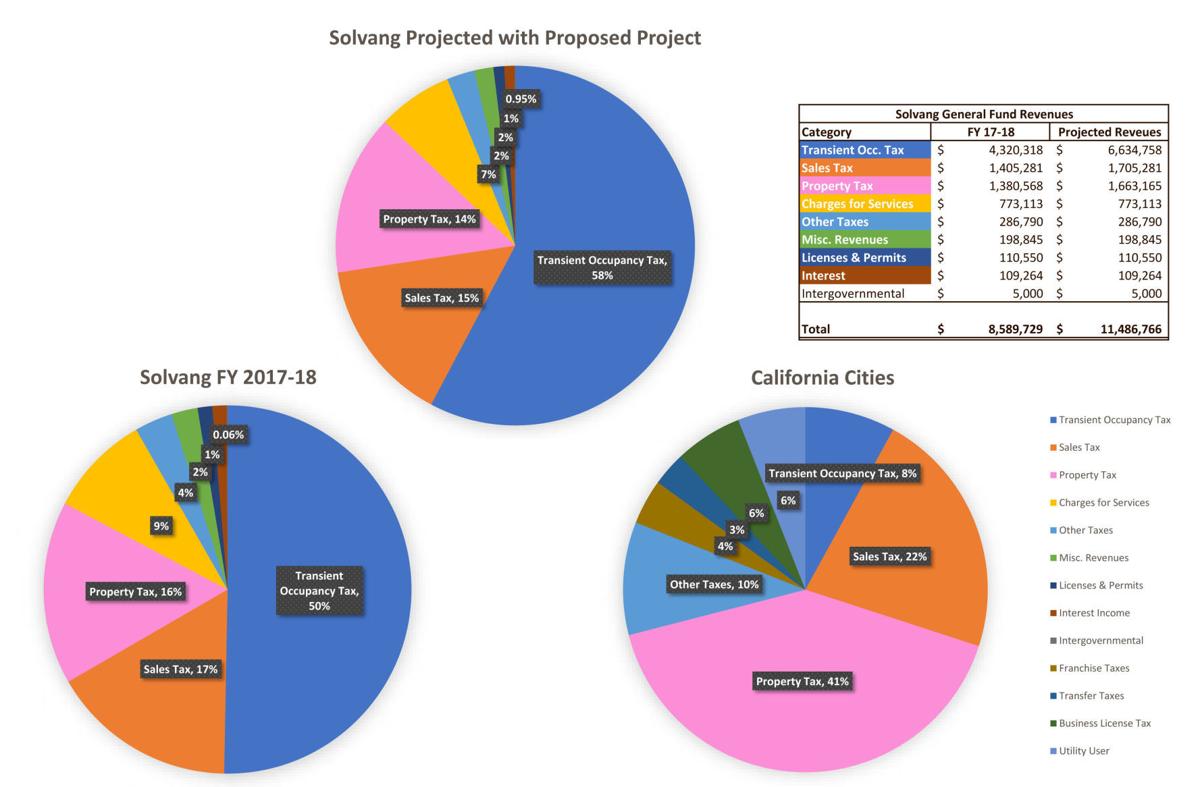 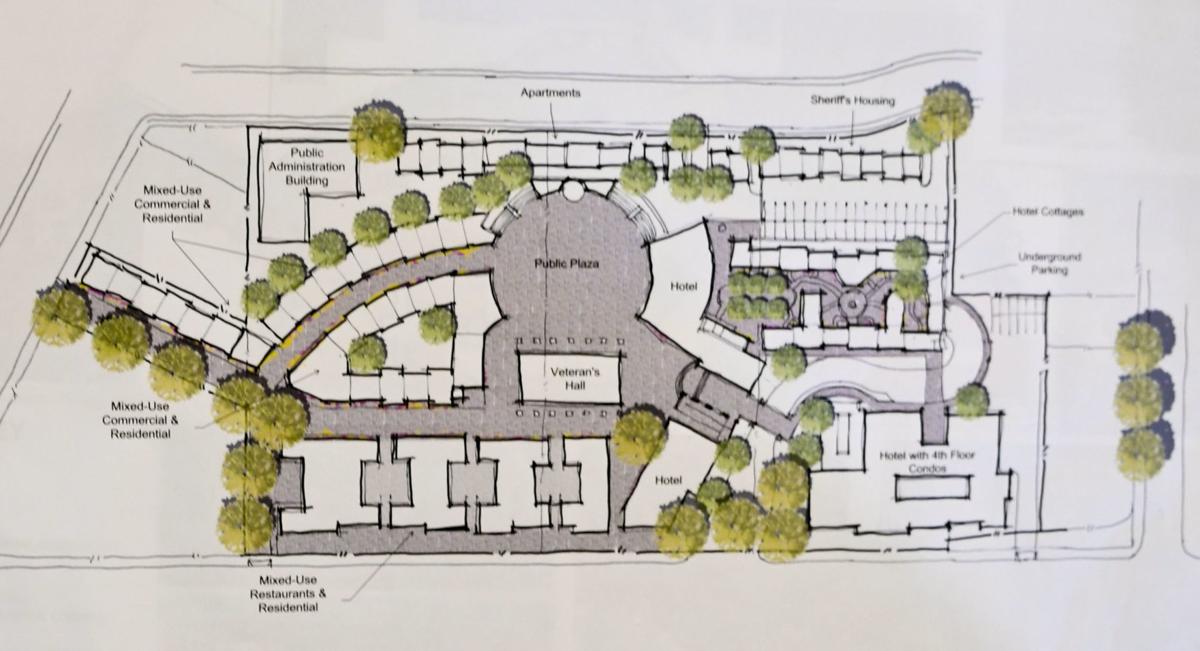 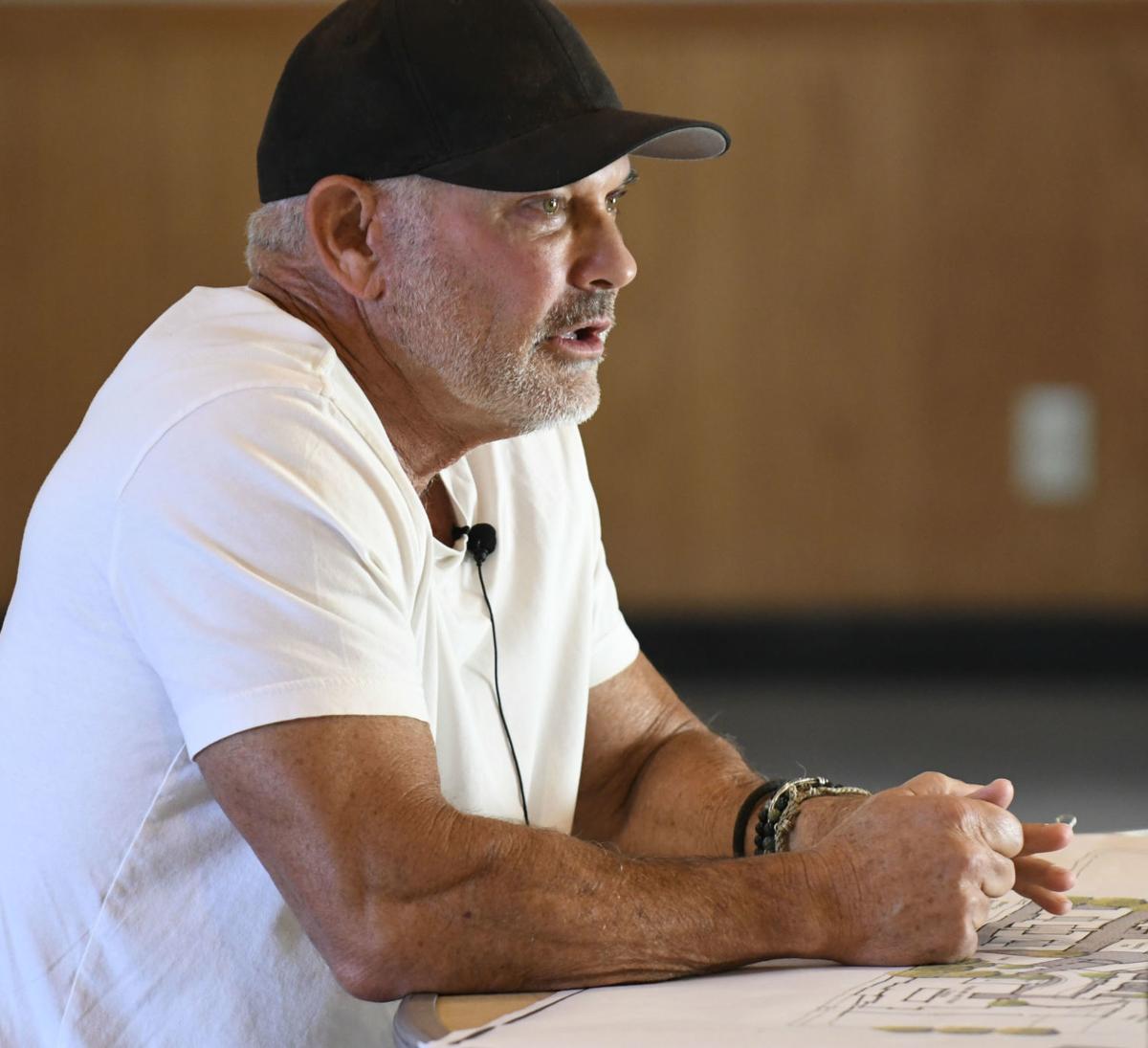 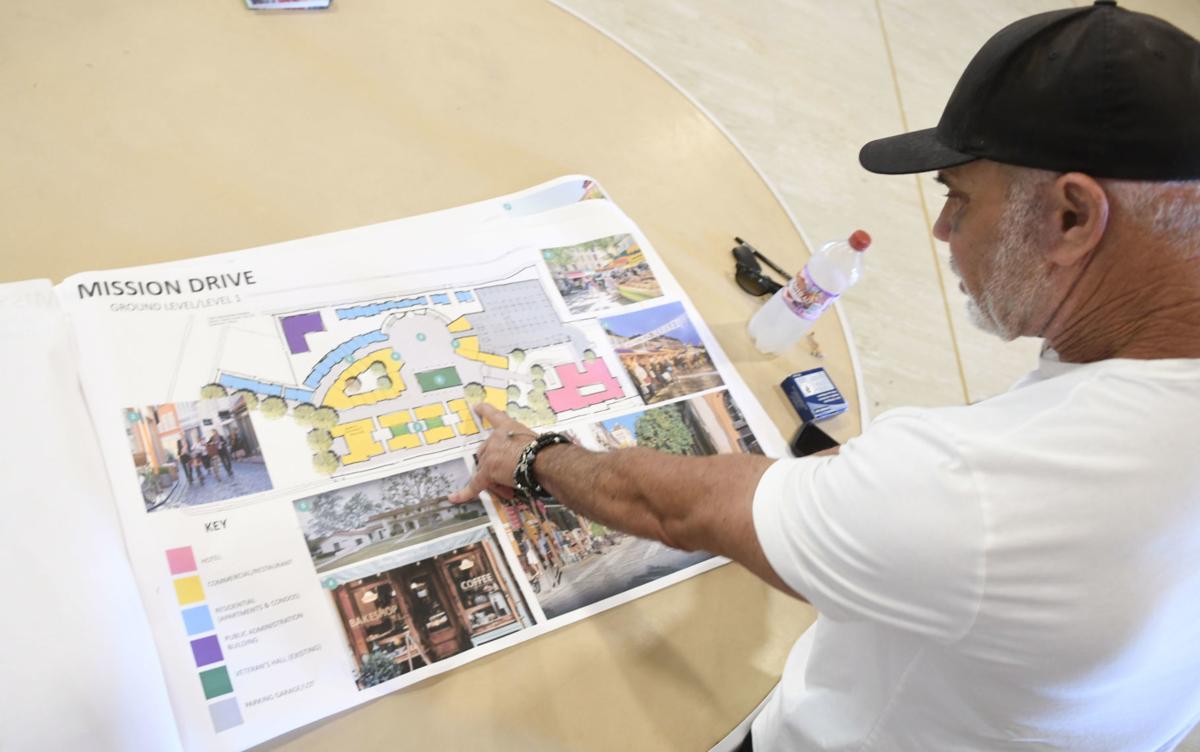