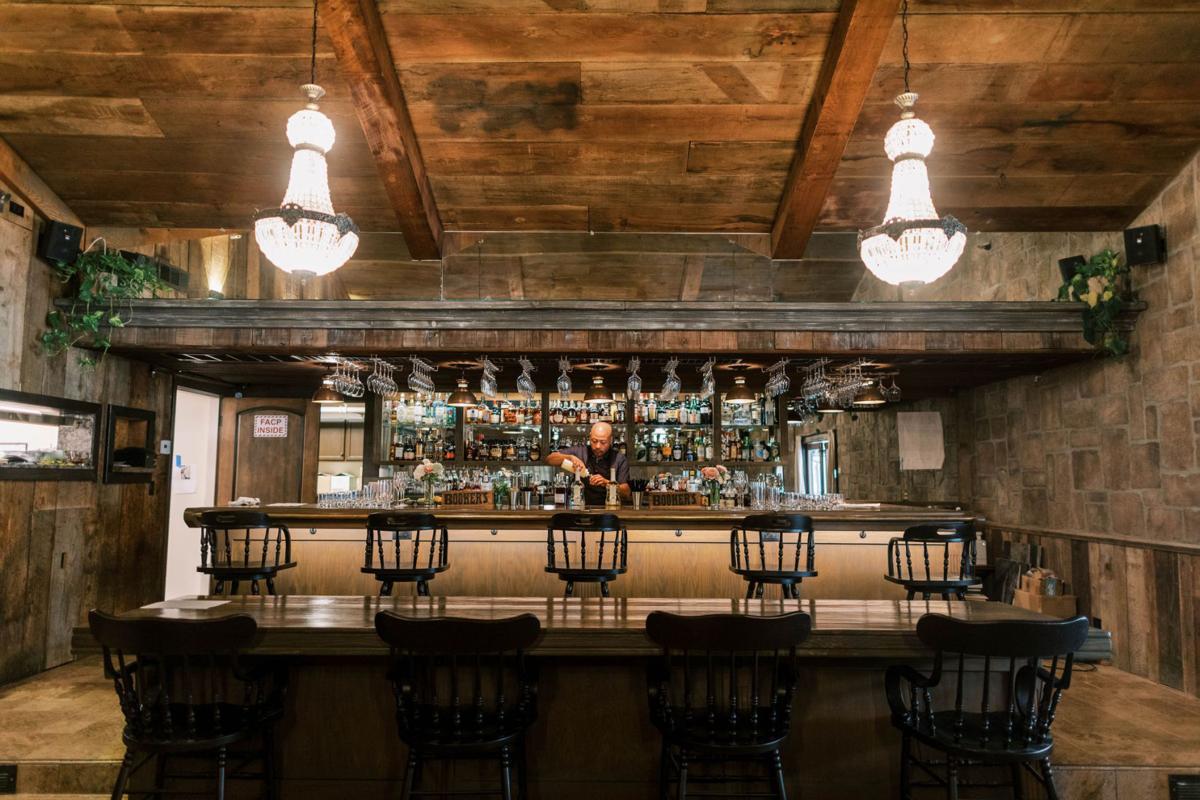 The Tavern at Zaca Creek in Buellton opened to the public for the first time in August, during the COVID-19 pandemic. 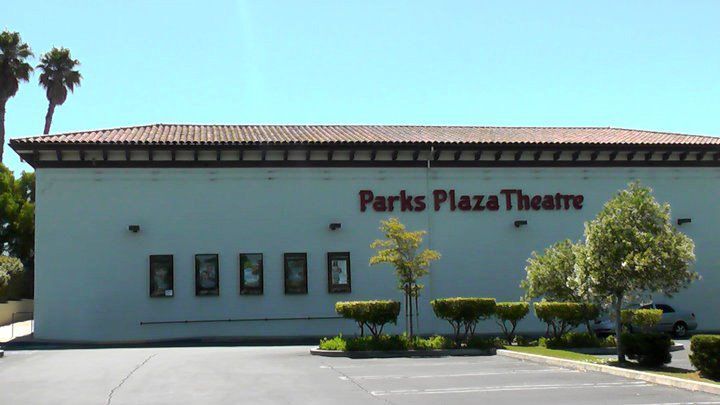 After shutting down in March 2020 due to pandemic restrictions, the Parks Plaza Theatre in Buellton has been listed for sale at $2.5 million. 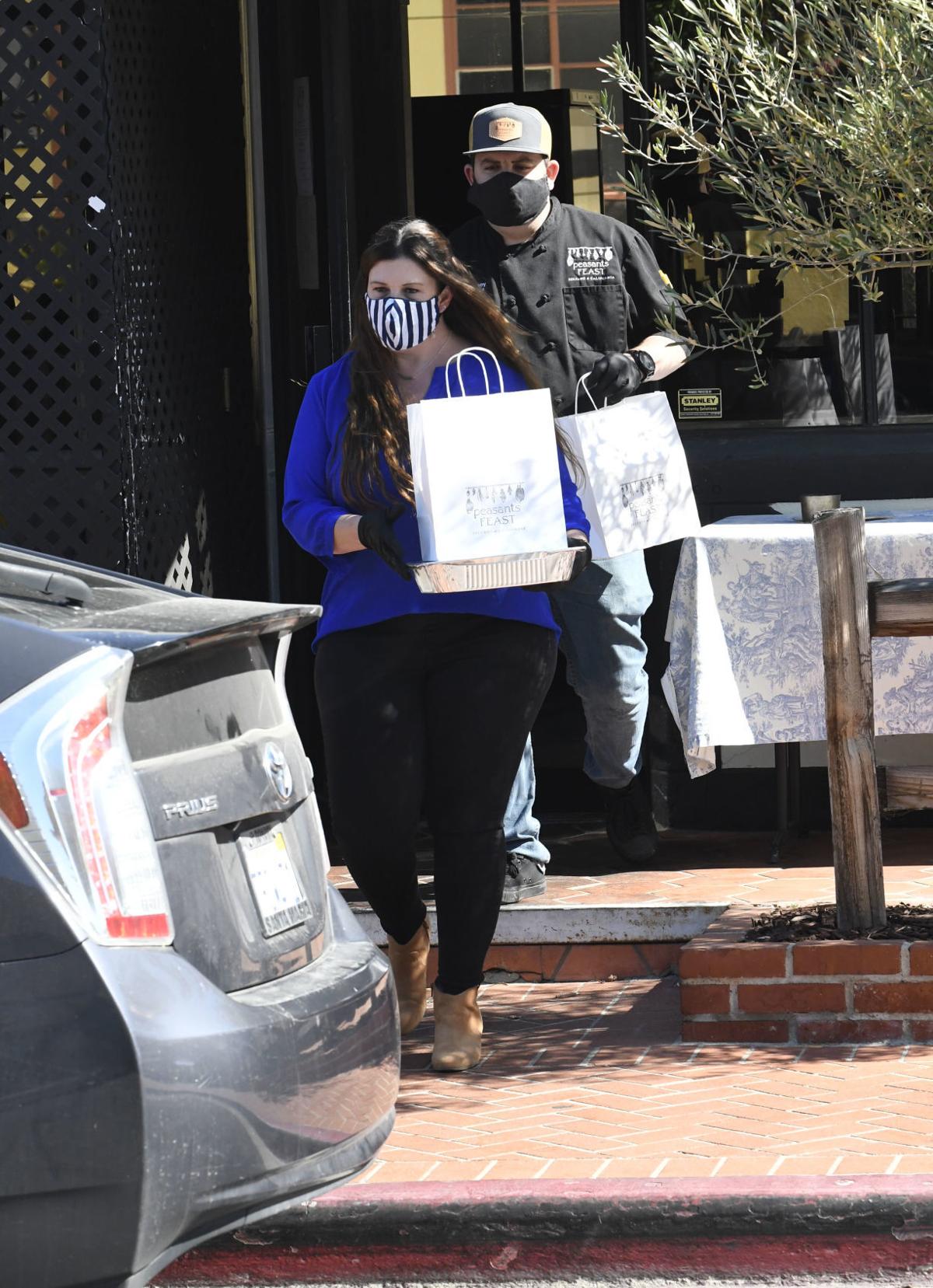 Sarah and Michael Cherney deliver an order for curbside pickup at the peasants FEAST restaurant in Solvang.

The economic impacts on small businesses in the Santa Ynez Valley over the last year have varied, leading to the loss of a movie theater, eateries and gift shop while also resulting in the addition of a hotel, taproom, winery and new restaurants.

One notable loss to the city of Buellton is the Parks Plaza Theater, which has been closed since March 2020 due to pandemic restrictions. The five-screen movie complex was recently listed for sale at the price of $2.5 million.

"It's been hard, and they are all doing what they can to keep employees employed and doors open," said Buellton Chamber Executive Director Kathy Vreeland. "I think all of our local business have done an exceptional job. They're the backbone of our community."

Local chambers of commerce continue to rally behind businesses to stimulate their town's microeconomy, which each have suffered a financial blow since the onset of COVID-19.

According to Vreeland, Buellton's geographic location has enabled many businesses in town to ride out the last year because of road travelers.

"In general, given the fact we are on the crossroads of highways 246 and 101, I think it's helped our businesses," she said. "Some of our hotels have been able to stay open to serve essential travelers, but, of course, their numbers are down."

Vreeland said restaurants in town have done their best to pivot in order to stay open, although Morrell’s Farm Fresh Dining and Mariscos La Rancherita made the decision to close their doors temporarily.

"Sometimes it costs more to stay open partially than just close," she noted.

Despite the reported downturn, Buellton also has welcomed new business to town with the addition of Eddies Burger, Wingstop and Tavern at Zaca Creek.

Just down the road, Solvang has experienced the loss of five downtown businesses, including Wandering Dog Wine Bar, which was sold, Actor's Corner Café, A Piece of the Past, European Gift Shop and Aly's Restaurant, according to Tracy Beard, executive director of the Solvang Chamber of Commerce.

Longtime shop Café Dolce also has turned to diversification and expanded its business model to include food and sandwiches in the wake of the pandemic, Beard said.

Linda Palmer, a local resident and social media assistant for the Solvang Chamber, noted she had just made 21 changes to this year's Solvang tourist directory, pointing to businesses sold, closed or newly opened.

"We've lost a lot of good businesses," said Palmer, who added that her findings are that of her own and do not represent the Chamber. "Some [businesses] were thinking of returning, but because of the economy they decided to close. Nonprofits have been the hardest hit."

Palmer, who had been employed at the Elverhoj Museum until its forced gallery closure eight months ago, said she was lucky to find work with the Chamber in the meantime, putting to use her natural inclination for statistics as a retired engineer.

"Small businesses on Copenhagen are doing the best they can," Palmer said. "Some have done well enough to survive, like peasants FEAST. They have done very well for opening two weeks after the pandemic."

The renovation project, slated to begin construction in September and be completed in July 2022, will soon go to the City of Solvang Planning Department for review in March and will also be subject to review by the Design Review Committee before land use and building permits are issued.

Solvang restaurant Root 246 shuts down as pandemic drags on

Root 246, known for its farm-to-table cuisine and selection of local wines, is the latest local business to shutter in downtown Solvang, a spo…

"It's been a long-term goal of ours," said Alyce Barrick, "we just didn't know it would happen so soon, especially during a pandemic."

The new initiative, "Feed the Valley," was organized to keep both local families fed and restaurant employees affected by the pandemic working.

The Tavern at Zaca Creek in Buellton opened to the public for the first time in August, during the COVID-19 pandemic.

After shutting down in March 2020 due to pandemic restrictions, the Parks Plaza Theatre in Buellton has been listed for sale at $2.5 million.

Sarah and Michael Cherney deliver an order for curbside pickup at the peasants FEAST restaurant in Solvang.