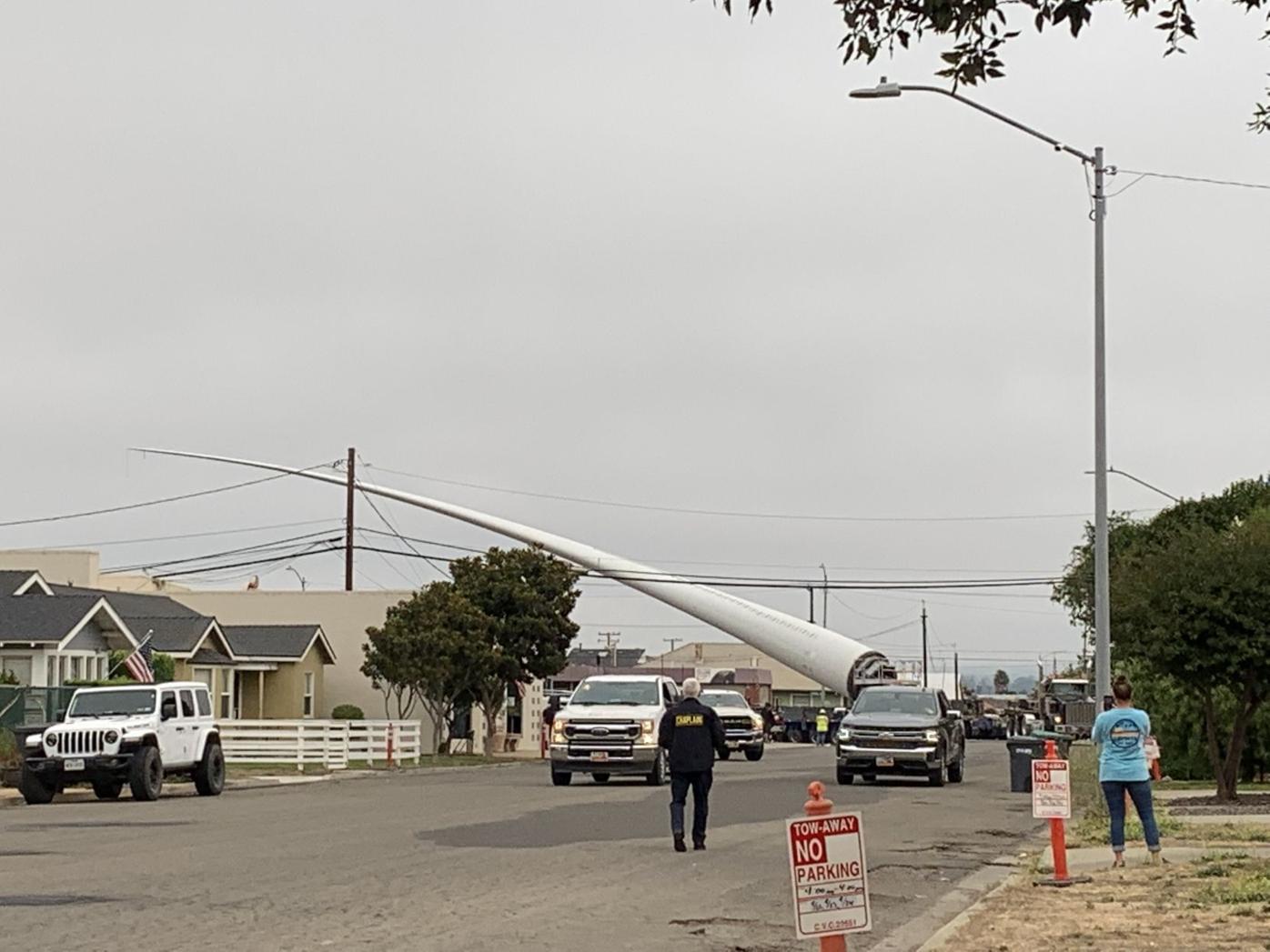 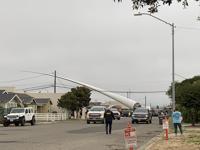 Crews can be seen aiding in the transport of a 220-foot wind turbine through downtown Lompoc on Friday afternoon. 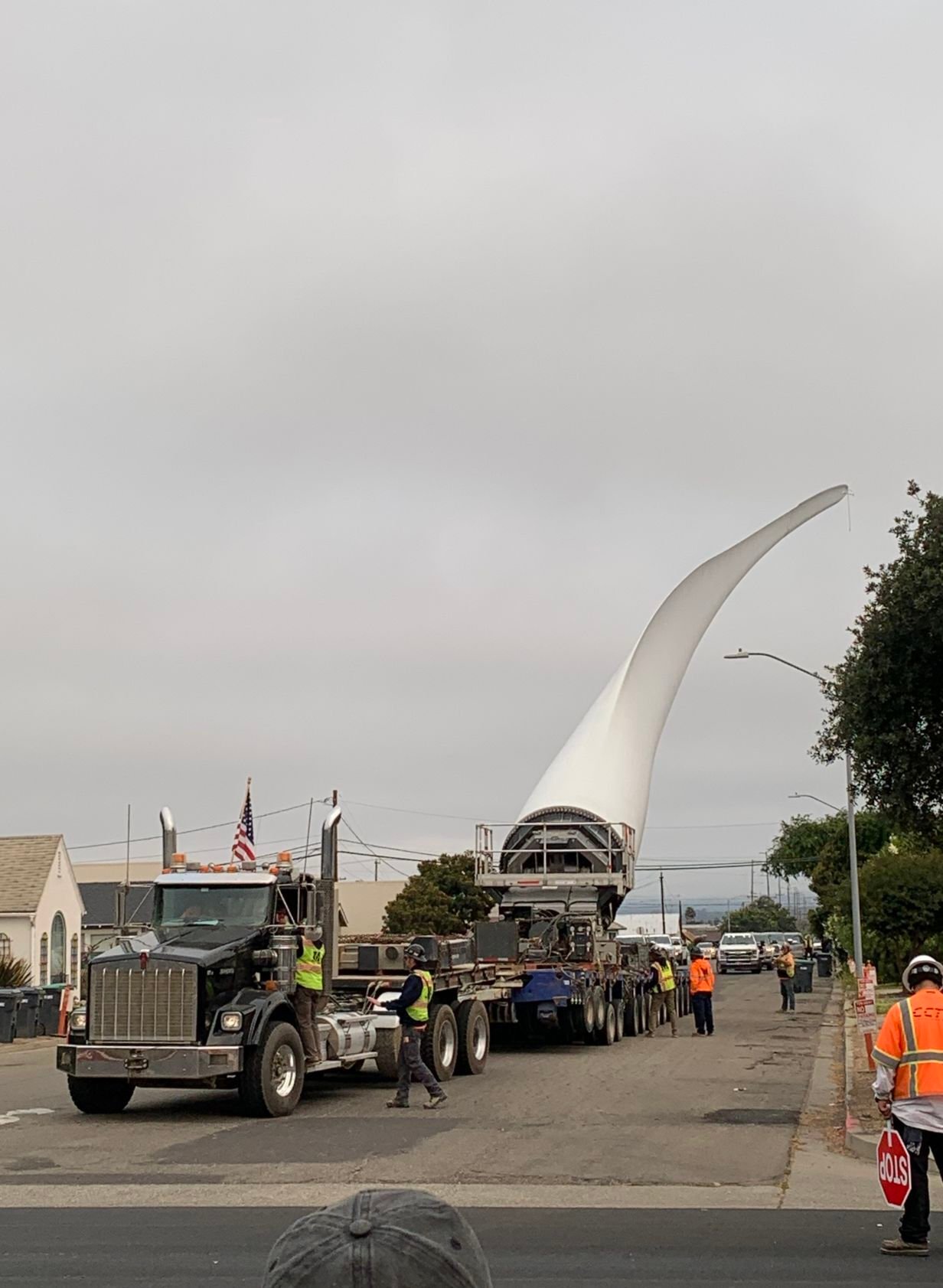 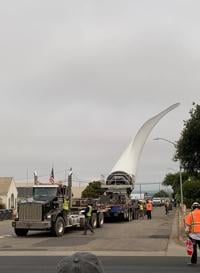 Crews can be seen aiding in the transport of a 220-foot wind turbine through downtown Lompoc on Friday afternoon. The blade made its way to the Strauss Energy Wind Project site located in the hills southwest of Lompoc. 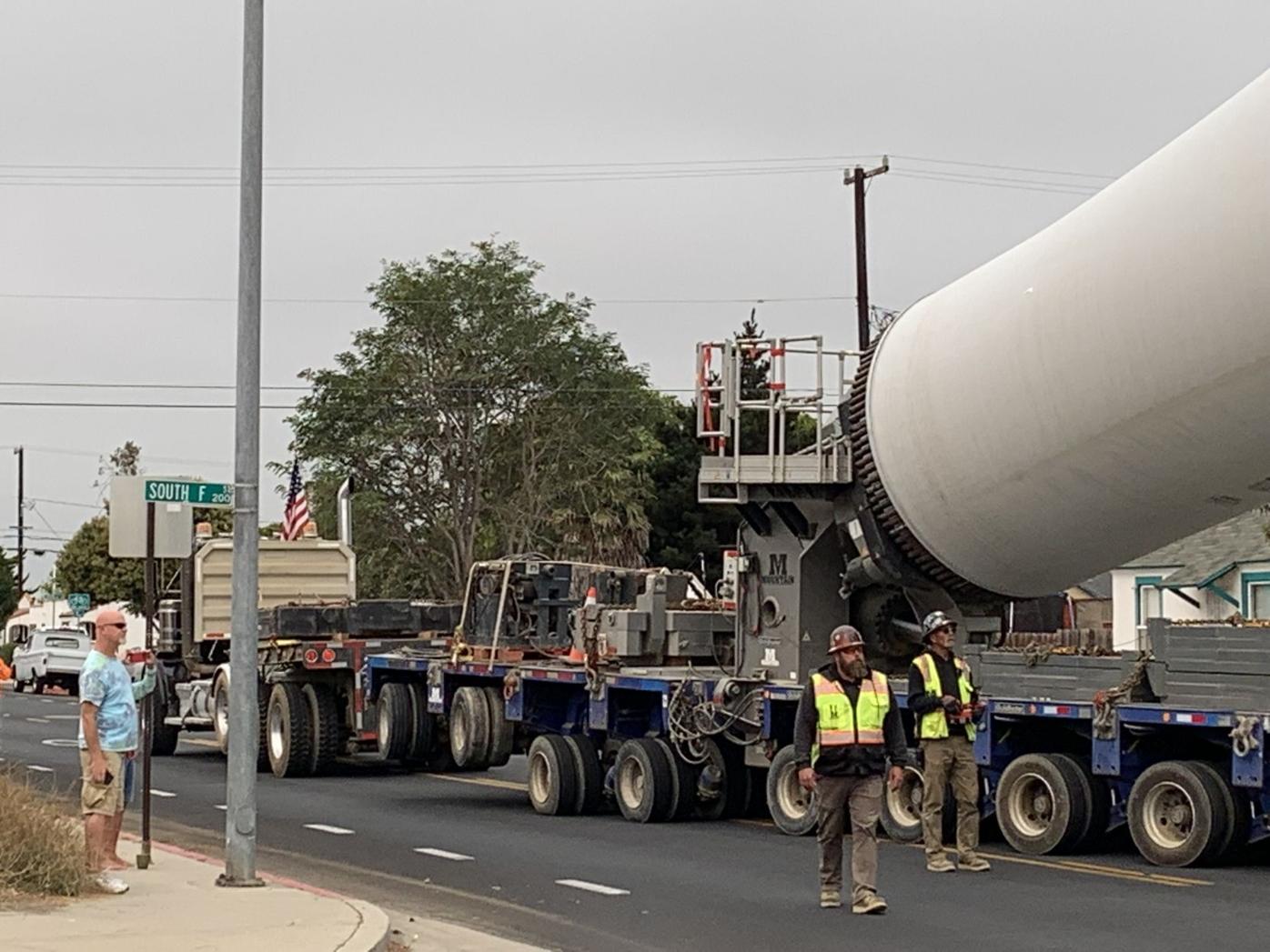 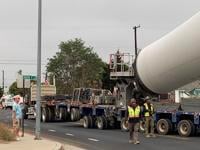 Crews can be seen aiding in the transport of a 220-foot wind turbine through downtown Lompoc on Sept. 24. 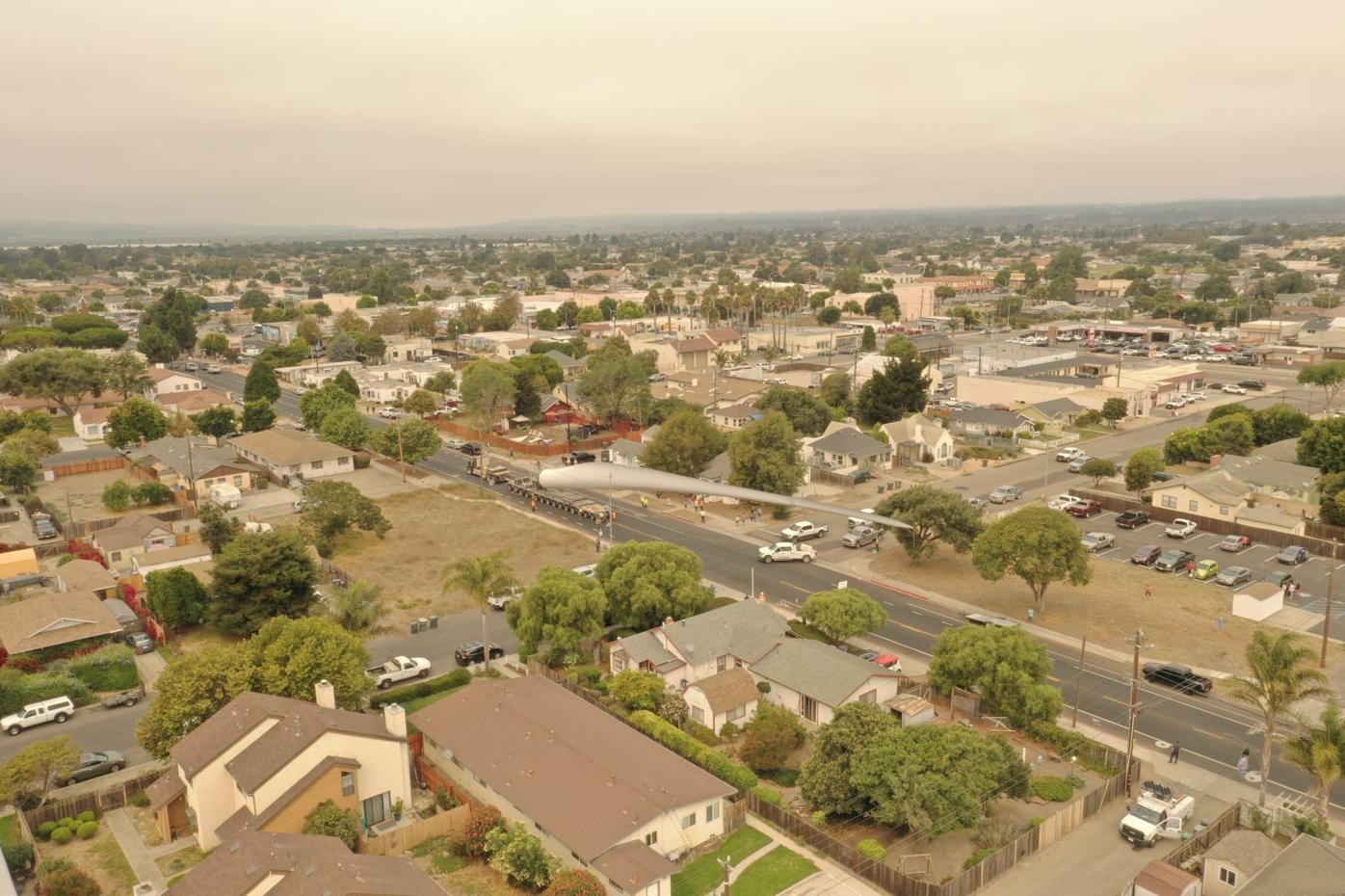 A drone image shows the transport of a 220-foot wind turbine blade being hauled through downtown Lompoc Friday.

Lompoc came alive Friday afternoon as members of the community gathered on city streets to catch a view of an unusual procession that featured a 220-foot wind turbine blade being hauled by oversized vehicles and escorted by California Highway Patrol units.

The load, which left the Port of Stockton via Interstate 5, eventually made its way through town via Highway 1 along West Ocean Avenue to South F Street, to Cypress Avenue, to I Street, and up San Miguelito Canyon Road.

According to reports, the giant blade is the first of 87 that will be delivered to the 2,970-acre Strauss Energy wind farm project site located in the hills southwest of Lompoc.

Future traffic delays and detours are expected through late November or early December to allow for transport of more than 200 oversized loads through the city.

Despite a new layer of deadlines and milestones related to management plans, conservation easements and funding drawn out by the California Department of Fish and Wildlife, the project is still on track, according to Daniel Duke, vice president of development with BayWa r.e.