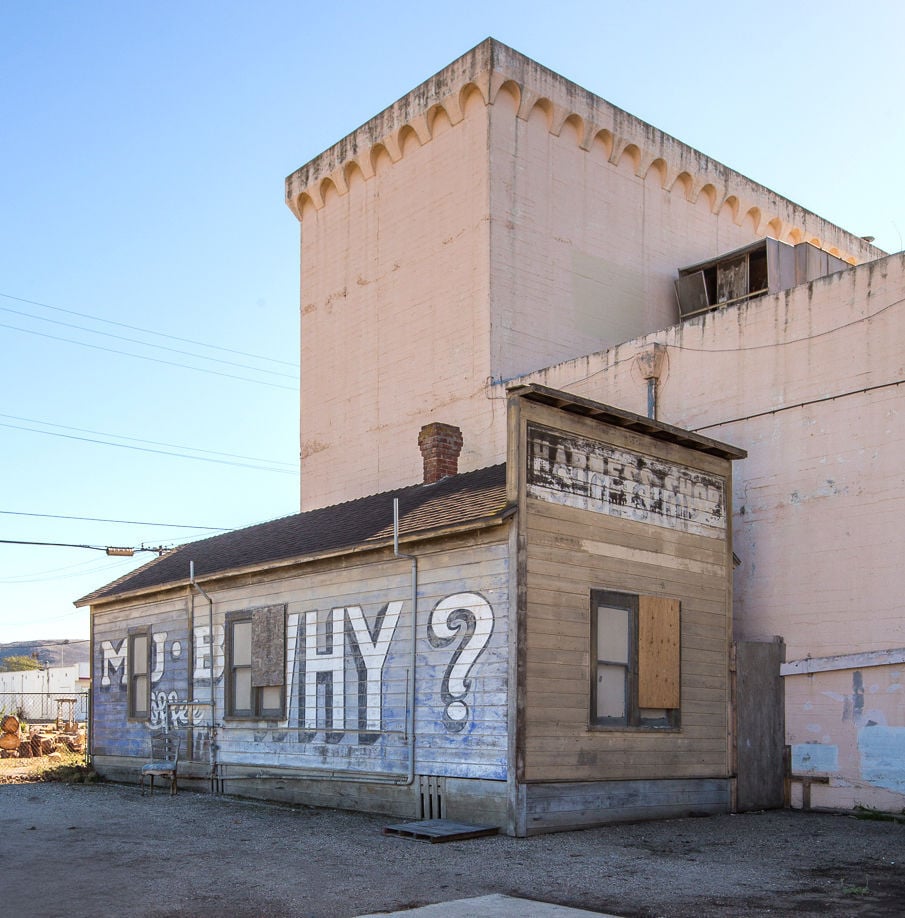 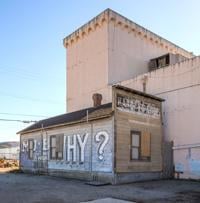 The historical Lompoc Land Office, built in 1875, hid the Snack Shop’s treasures for decades in a tiny “secret" space at the back of the building. 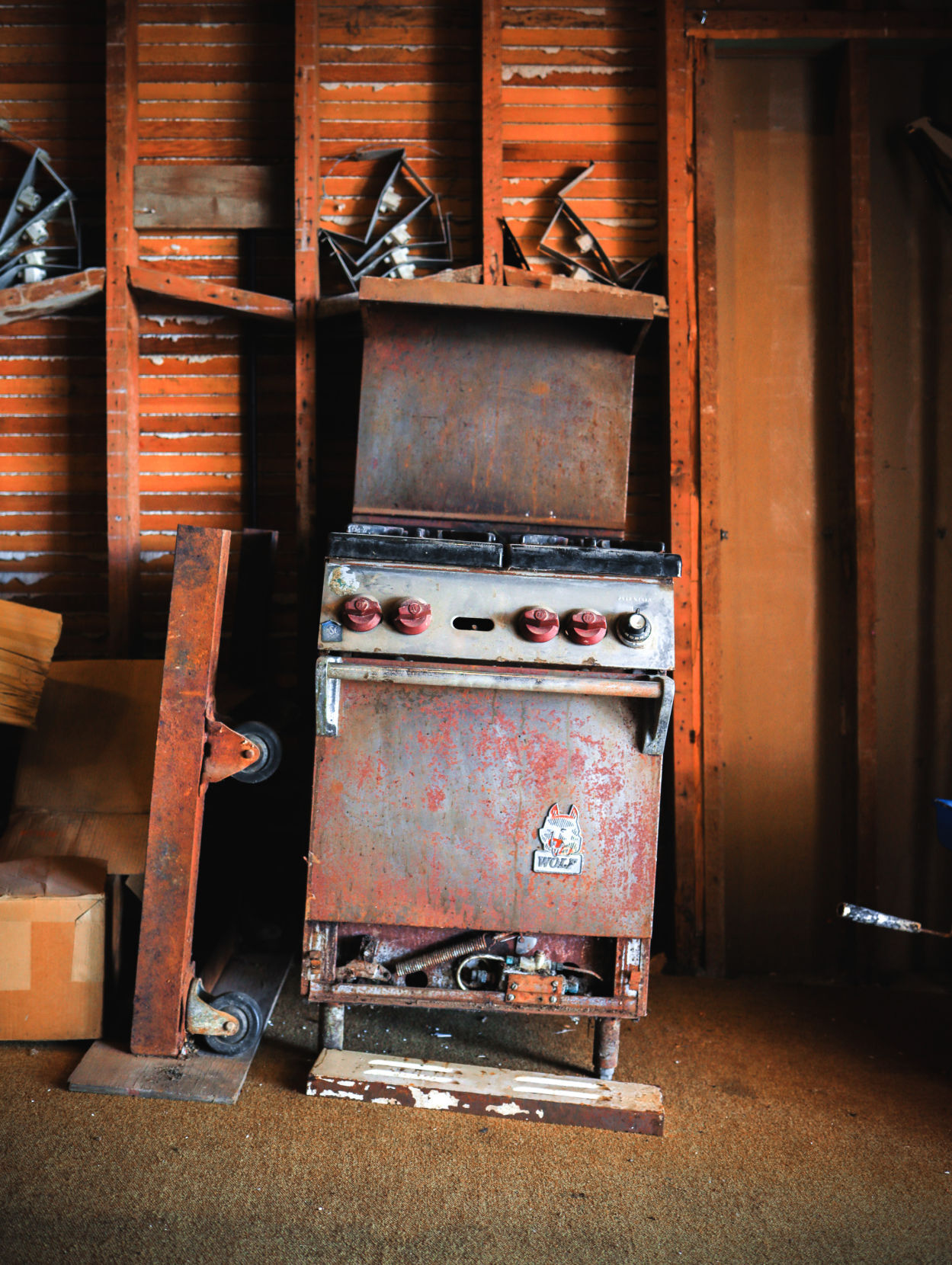 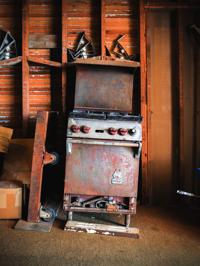 A Wolf range estimated to be from the 1960s had also been stored in the "secret” space at the Lompoc Theater. 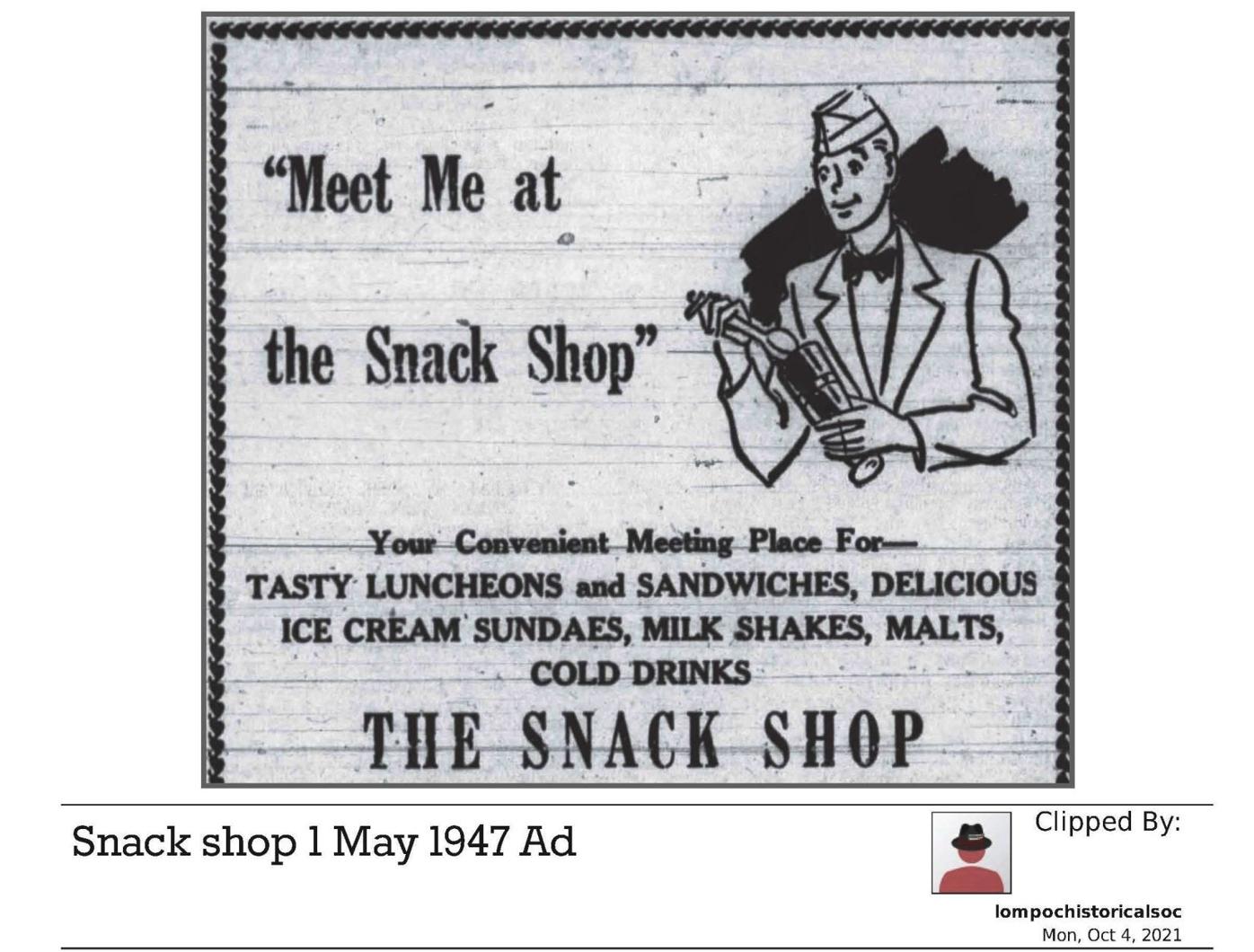 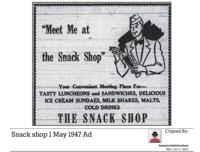 A Snack Shop ad printed in the Lompoc Record dates back to 1947. 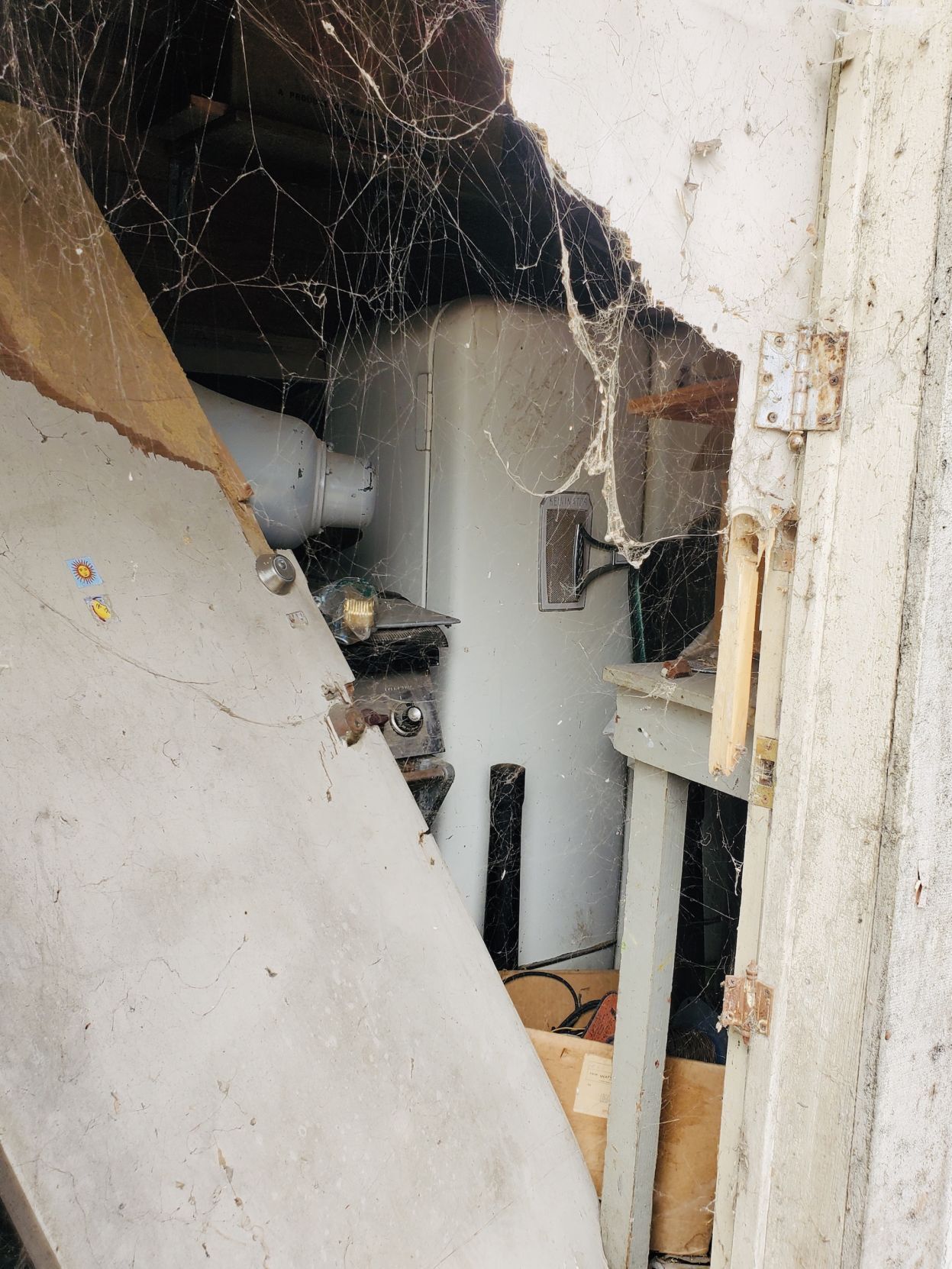 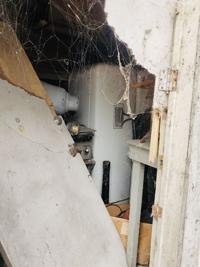 The Lompoc Theater Project's first look at the “secret” room after board members Mike Sewall and Anne Ramsey cracked open the plywood that had been nailed over the door. 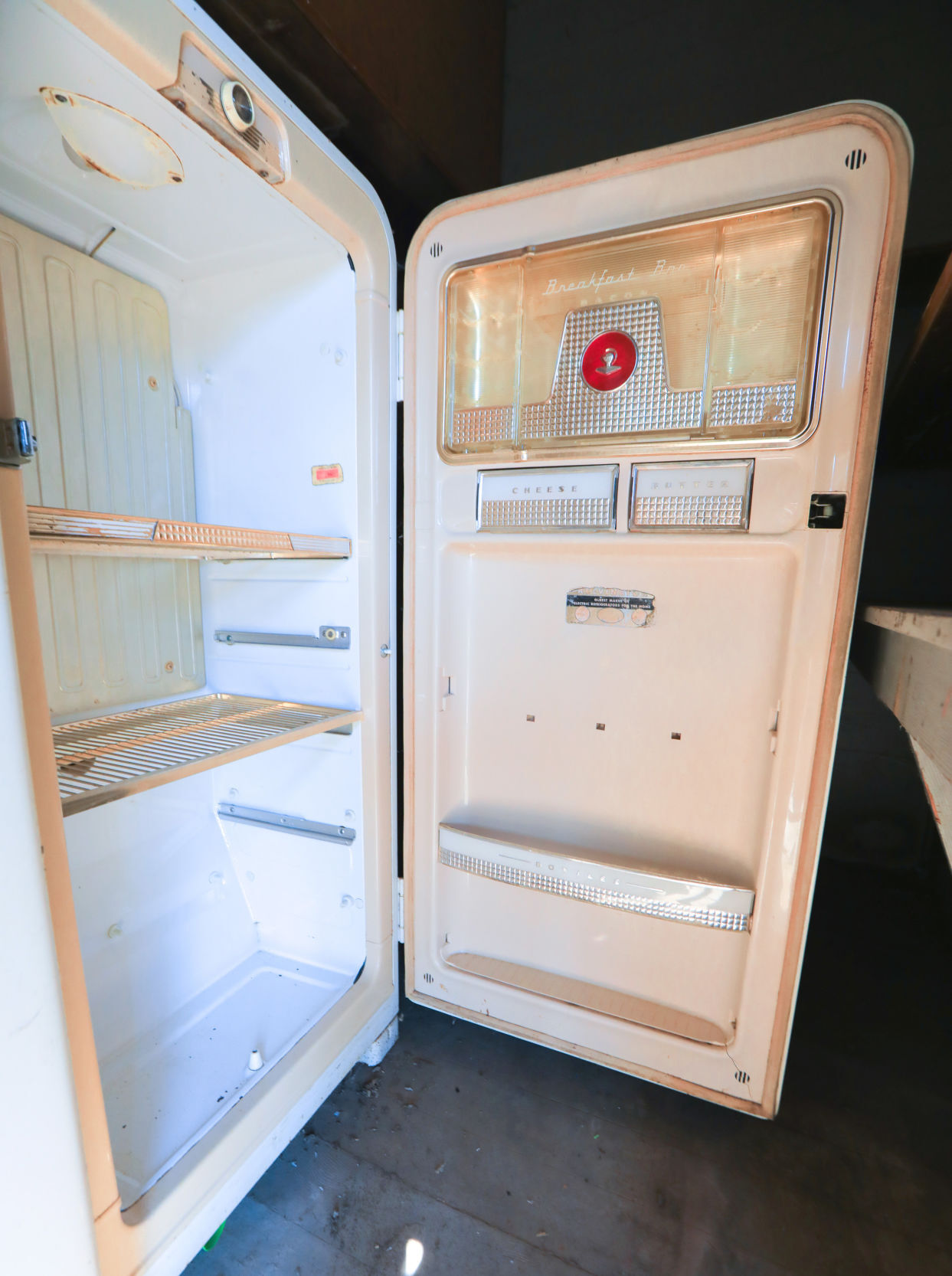 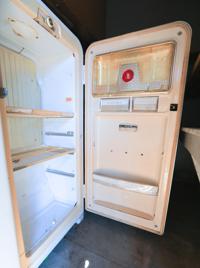 A “Kelvinator Foodarama” refrigerator, circa 1950s, was found clean and empty in the “secret” space uncovered at the Lompoc Theater. 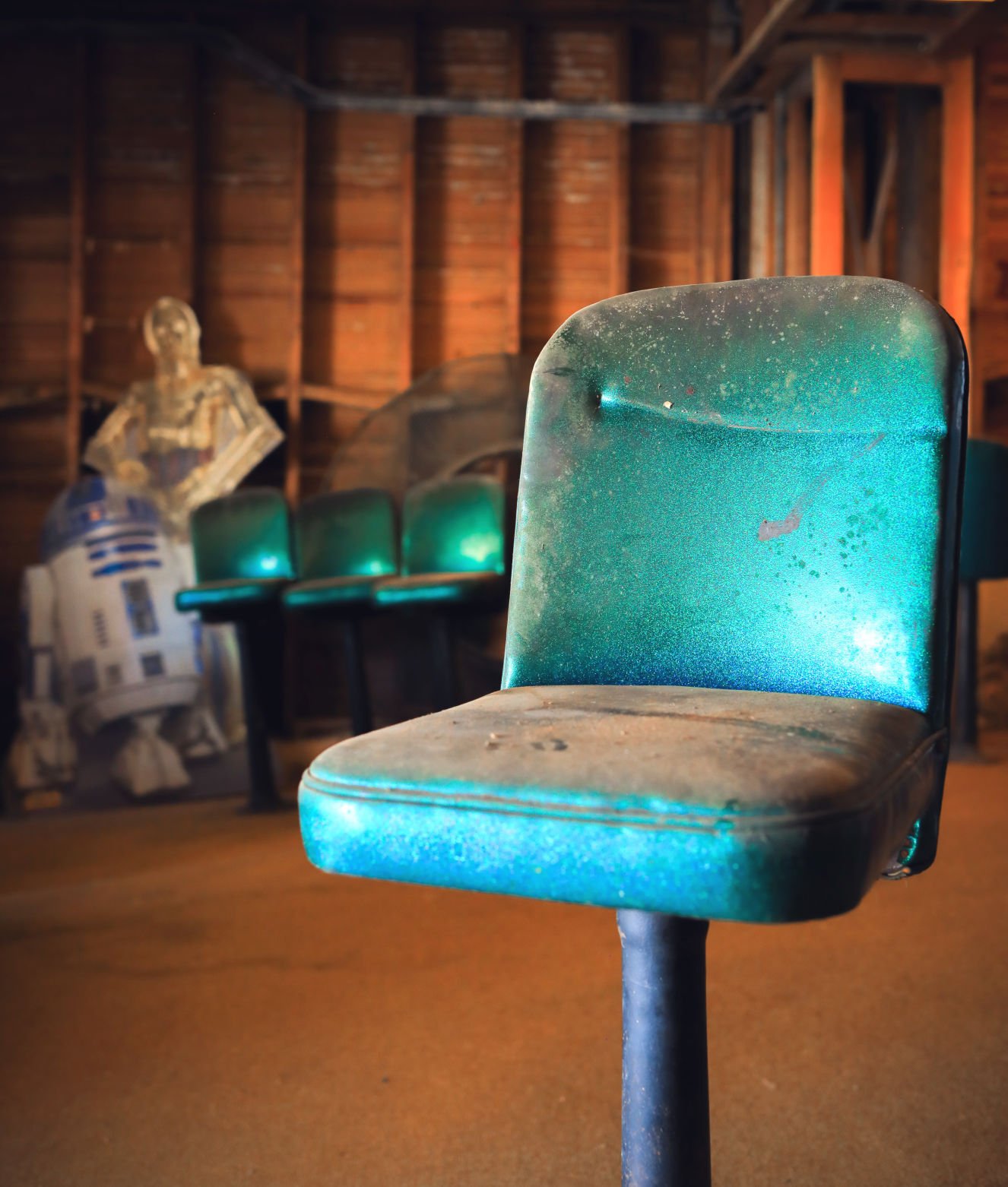 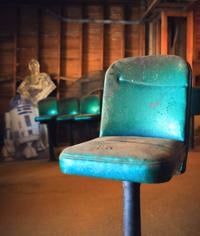 Six pedestal vinyl swivel chairs used in the Snack Shop were found in a boarded-over “secret” room at the Lompoc Theater.

Just in time for Halloween, the Lompoc Theatre Project board recently discovered a secret room behind a sealed door at the back of the building.

A volunteer with the LTP, Jay Salsburg, had noticed that the perimeter of the historic Land Office (theater’s dressing rooms since 1933) was four feet longer than the interior wall, meaning that the inside contained an extra space. An old piece of plywood on the back of the structure had hidden a door for about 50 years.

About 10 years ago, someone broke into the secret space, but the smashed door was simply covered by the plywood. Since 2012, when the Lompoc Theatre Project started its journey to purchasing the building, the room had gone unnoticed.

Evidence of rodents and an odd smell led to the room’s discovery, which contained dozens of treasures from the Snack Shop, located at 110 North H street in the alley south of the theater building.

Volunteers found a dusty, white “Kelvinator Foodarama” refrigerator, partially obscured by boxes. (Luckily, the odor was not from long-ago food left in the fridge).

Also in the space stood a small Wolf stove, which the LTP estimates is circa 1960s. The reasoning: “Since the design and renovation of the theater’s Snack Shop was completed in 1969, we believe the Wolf stove to be from the 1960s,” said Anne Ramsey, LTP board secretary and director of theater operations.

Another key, historical discovery had come just one week earlier — an inventory list for the Snack Shop.

Despite the Snack Shop’s size, it served full meals to theater patrons, and even had a door connected to the theater’s lobby so diners wouldn’t miss their movies.

This newly discovered inventory list confirmed for the LTP the importance of the items found in the “secret” space: the stove/oven; a fryer; a three-compartment sink; grill; long counter; six floor-mounted swivel chairs in dusty but bright aquamarine vintage vinyl; a booth; sundae and banana split dishes; and silver creamer pots.

Most of the Snack Shop treasures have been moved for safekeeping until the LTP can create a mini museum to showcase their historical relevance.

Many of the boxes also found in the hidden room contained junk mail dated from the ‘60s and ‘70s.

In recent years, the LTP has discovered hundreds of similar boxes upstairs, including some containing the original contact with Disney for the Lompoc Theater to become one of the first Mickey Mouse Movie Clubs in 1930.

But these recent finds were much more important: They contained original deeds and construction notes from 1926. The theater opened for business in 1927.

Earl Calvert, the theater’s original owner/builder, had partnered with his brother-in-law, William Baker. Among the just-found papers was their original partnership agreement, original deed to the land where the theater stands, and the 1926 agreement to start construction on the building.

In addition, boxes contained early lease agreements, leading the LTP to better understand what types of businesses have occupied the building over the years. Movie posters, early press kits and even accounting books from the 1940s were also stashed in the boxes.

Perhaps most importantly, the LTP found a detailed, 20-page accounting of the original blueprints, which might provide the nonprofit’s structural engineer with some answers.

In all, the LTP found the Snack Shop inventory, the secret room and all the documents within one week’s time last month.

Since the inventory list is dated 1969, the LTP estimates the Snack Shop was in operation from 1927 through the early 1970s.

Lompoc Theatre Project's live telethon and variety event that took place virtually in late March was deemed a success, according to board member Michelle Ball.