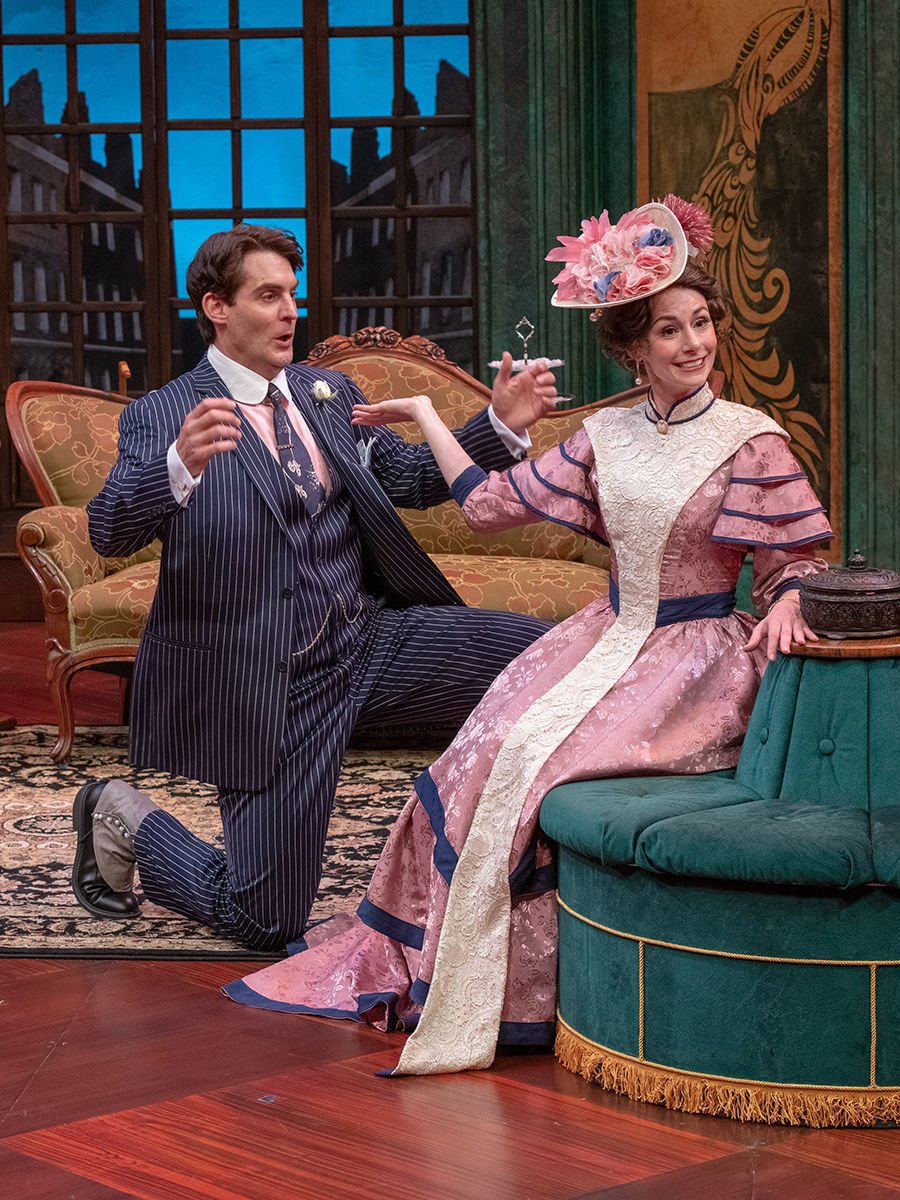 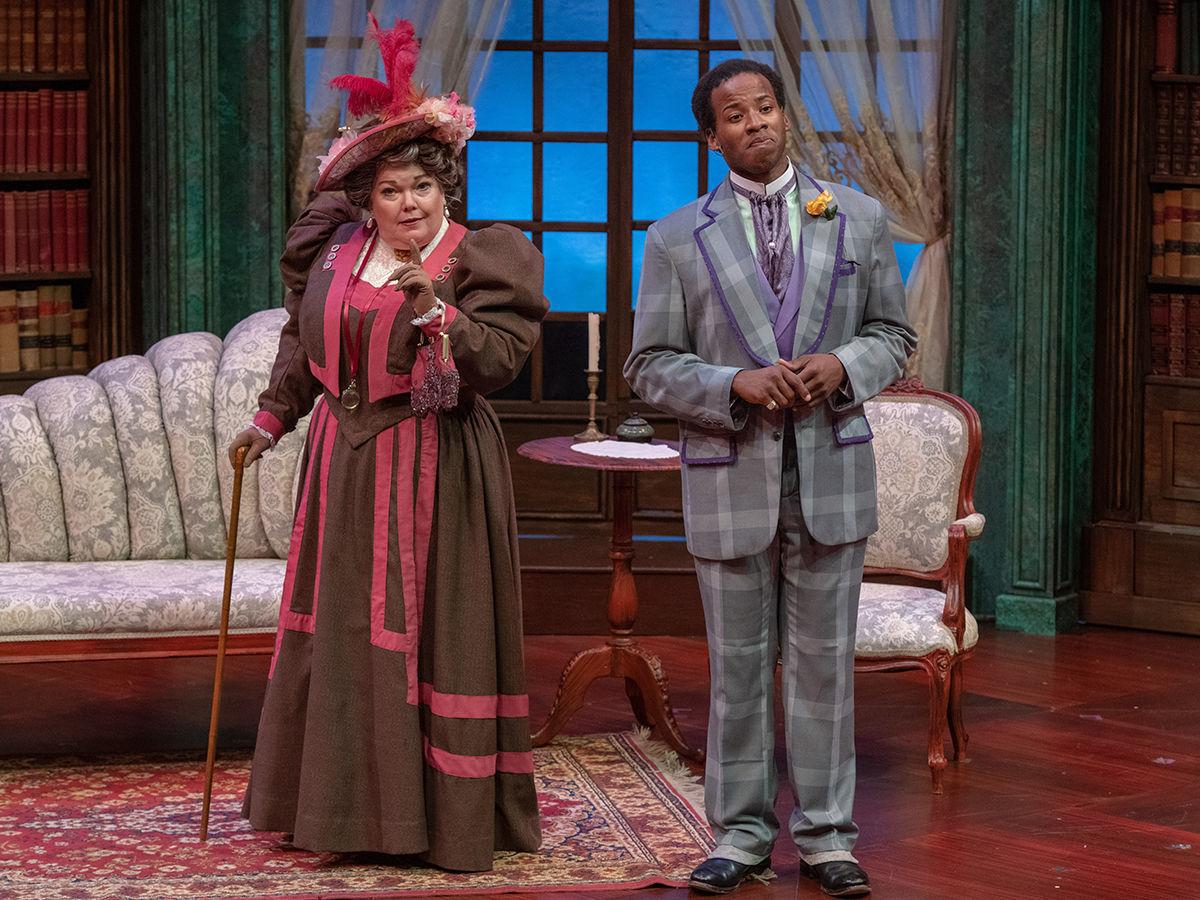 PCPA closes its summer season with a classic: Oscar Wilde's iconic satire of Victorian social standards, “The Importance of Being Earnest.”

The play premiered in London in 1895. Since then, there have been countless stage, radio and television productions. It was adapted for the cinema in 1952, 1992 and 2002.

In PCPA's production, the sumptuous set (Jason Bolen) and costumes (Sara Curran Ice) draw us into the world of the Victorian upper class.

What: The Importance of Being Earnest

Pricing based on day, time, and may increase upon demand.

What: The Importance of Being Earnest

Pricing based on day, time, and may increase upon demand.

Algernon “Algy” Moncrieff (Yusef Seevers) is preparing for tea with his fearsome Aunt, Lady Bracknell (Kitty Balay) and her daughter, Gwendolen Fairfax (Emily Trask). His friend Ernest Worthing (Michael Brusasco) drops by, intending to see Gwendolen. Through witty repartee, Algy coaxes out Ernest's secrets – his real name is Jack. He lives in the country with his ward, Cecily Cardew (Katie Fuchs-Wackowski), with whom he adopts “a high moral tone on all subjects.” In order to escape to London and enjoy himself, he claims he's attending to his wayward brother Ernest. He has no such brother – he calls himself Ernest when he's in the city. Algy refers to this as “Bunburying,” a term explained through more witty dialog.

Jack later proposes to Gwendolen. She accepts, but – to his horror – reveals it was the name Ernest that won her over.

Much like that illustrious name, a classic play inspires certain expectations.

Seevers sets the tone for the rest of the production. He gives an exaggeratedly rakish portrayal of Algernon, ending many of his lines in a high-pitched squeal.

The comedy is often played as broad farce, where a more dry reading might have suited it better. The dialog would seem all the more absurd if it were stated matter-of-factly.

That said, taken as as a broad farce, it's well done. Under the direction of the seasoned Roger DeLaurier, the cast has great comic timing.

Trask's Gwendolen fits in with Wilde's humor quite well. She seems sincere in her in her convictions. At one point, her beloved asks whether she would love him as well if he were named “Jack.” The utter disgust with which she pronounces the name “Jack” is one of the funniest things in the production.

PCPA favorite Kitty Balay dominates the room as Lady Bracknell. She has a wonderfully snooty way of stalking about the stage with her walking stick.

Her costume enhances the humor of the character. In this scene, she resembles a more fashionable Queen of Hearts.

Bracknell also gets some of the best lines in the play. Under her scrutiny, Jack reveals that he's lost both of his parents. She responds:

“To lose one parent may be regarded as misfortune. To lose both looks like carelessness.”

In Act Two, Algernon comes to Jack's country estate, claiming to be his brother Ernest. He falls in love with Cecily, only to discover that she, too, is only willing to love a man named Ernest.

Erik Stein plays Reverend Chasuble as an excitable man who makes sputtering noises -- “hupf-hupf-hupf!” It's funny, but seems like it might be more at home in “A Gentleman's Guide to Love and Murder.”

When Gwendolen and Cecily get together, Trask and Fuchs-Wackowski steal the show. Both assume the other is a rival for “Ernest's” affections. Cecily grudgingly offers Gwendolen tea.

“Detestable girl,” Gwendolen remarks to the audience, “But I require tea.”

While short on such British dry humor, PCPA's production is full of comic talent, quotable dialog, and beautiful visuals. Wilde's play is worth revisiting. Society can always use a good reminder not to take itself so seriously. Critics included.