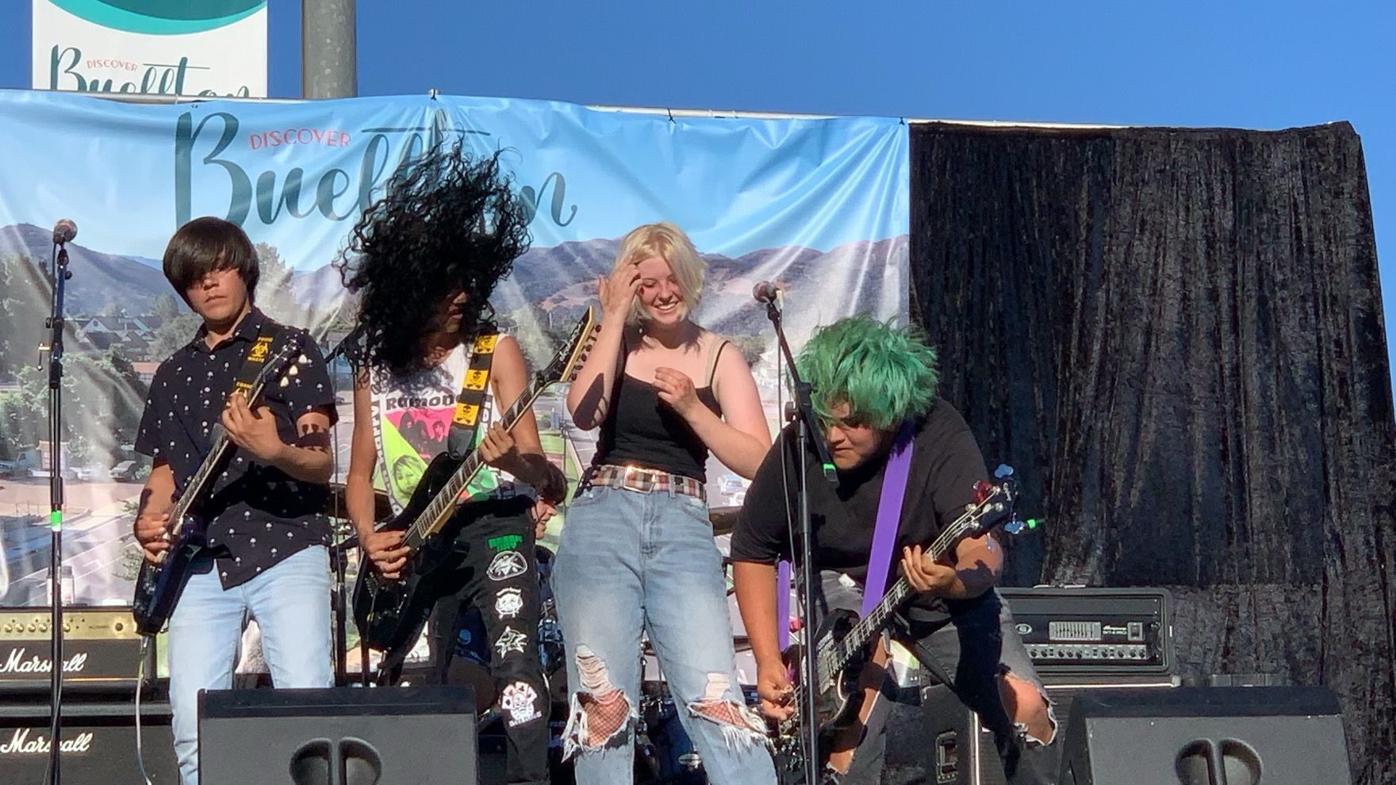 Teenage band Radiation Invasion rock out on stage during their set in the Battle of the Teenage Band competition at Buellton Fall Fest on Saturday. 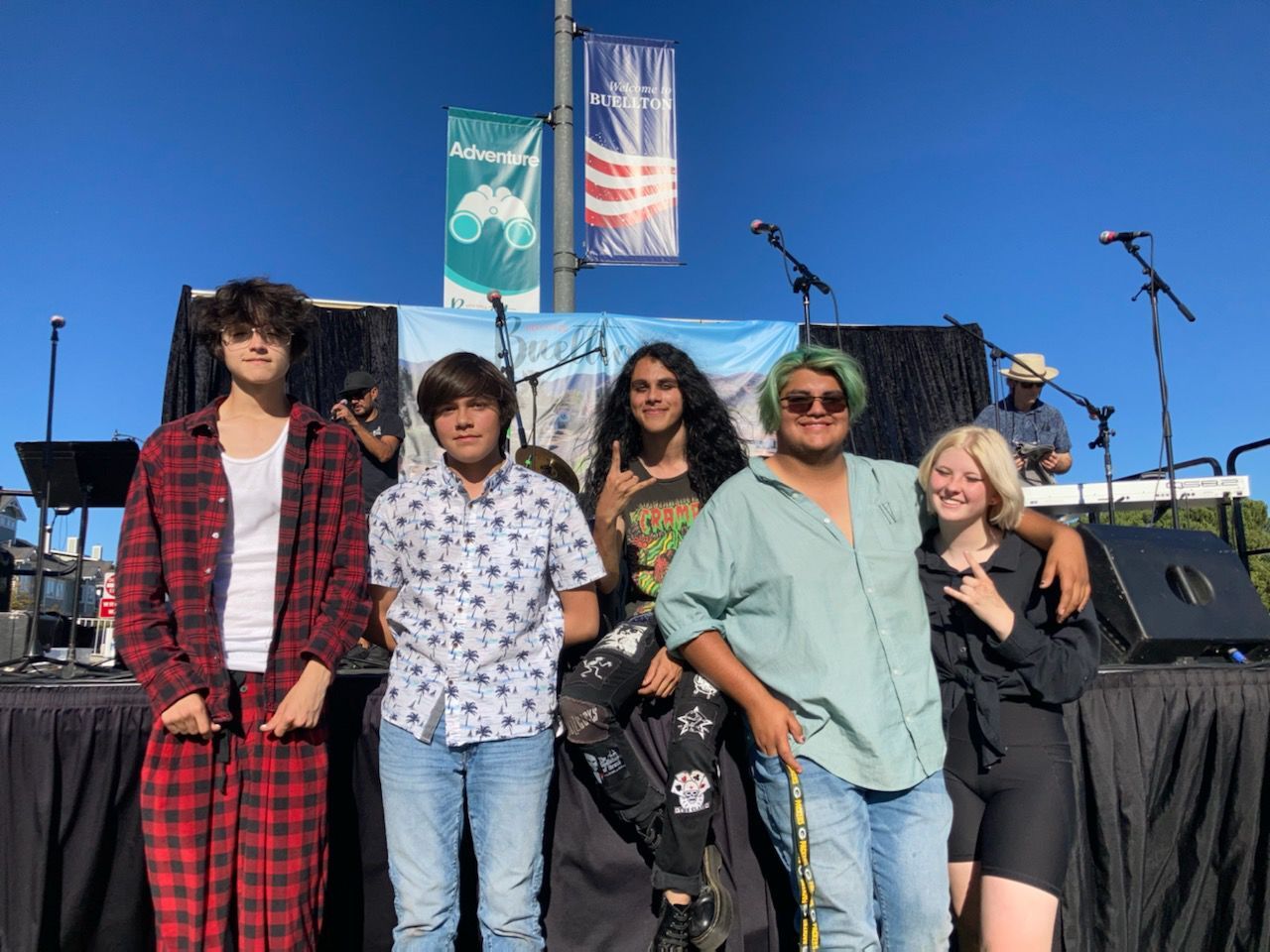 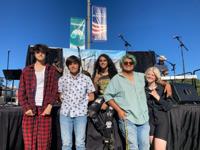 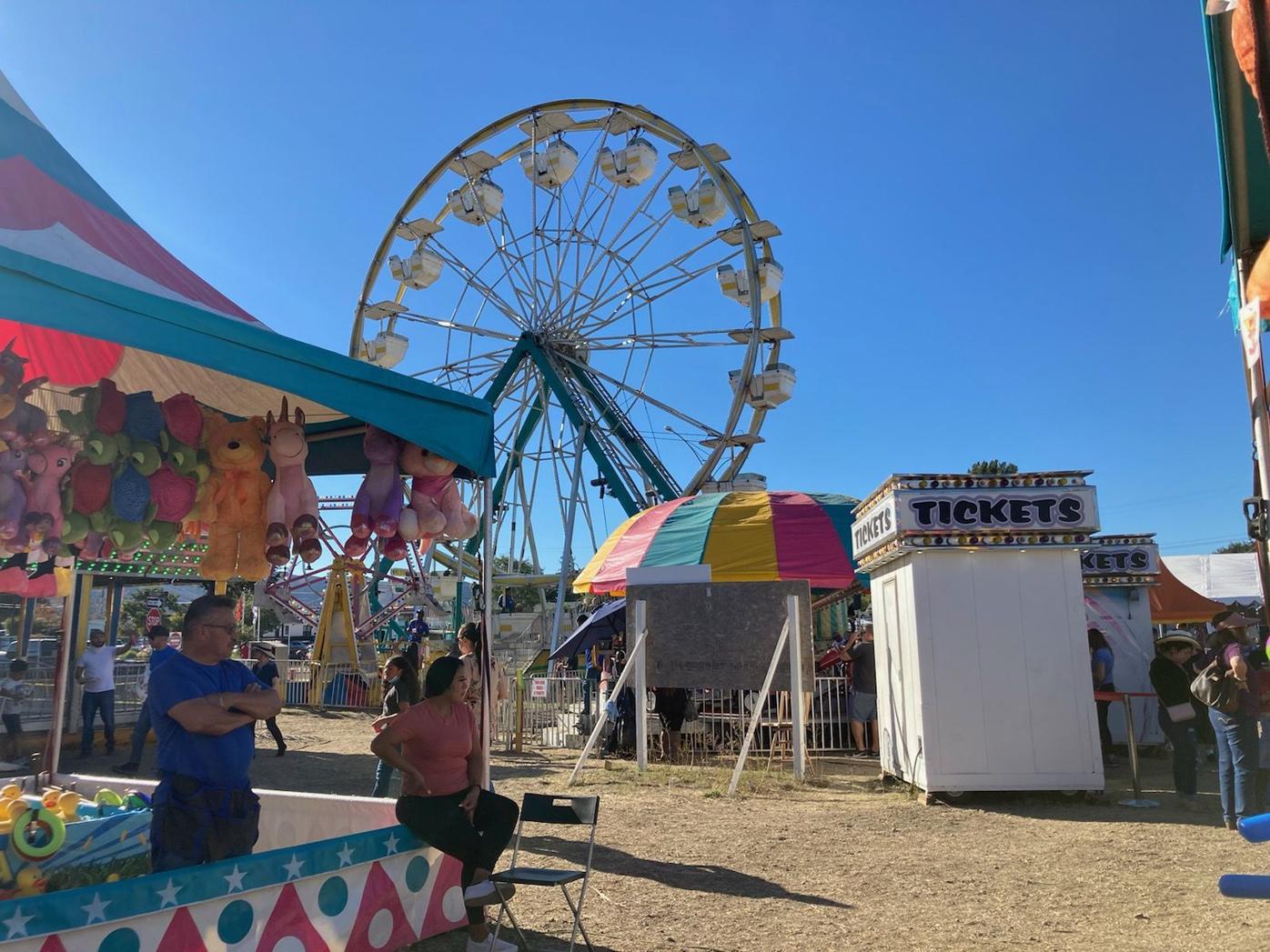 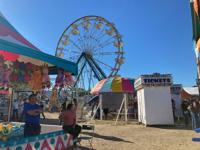 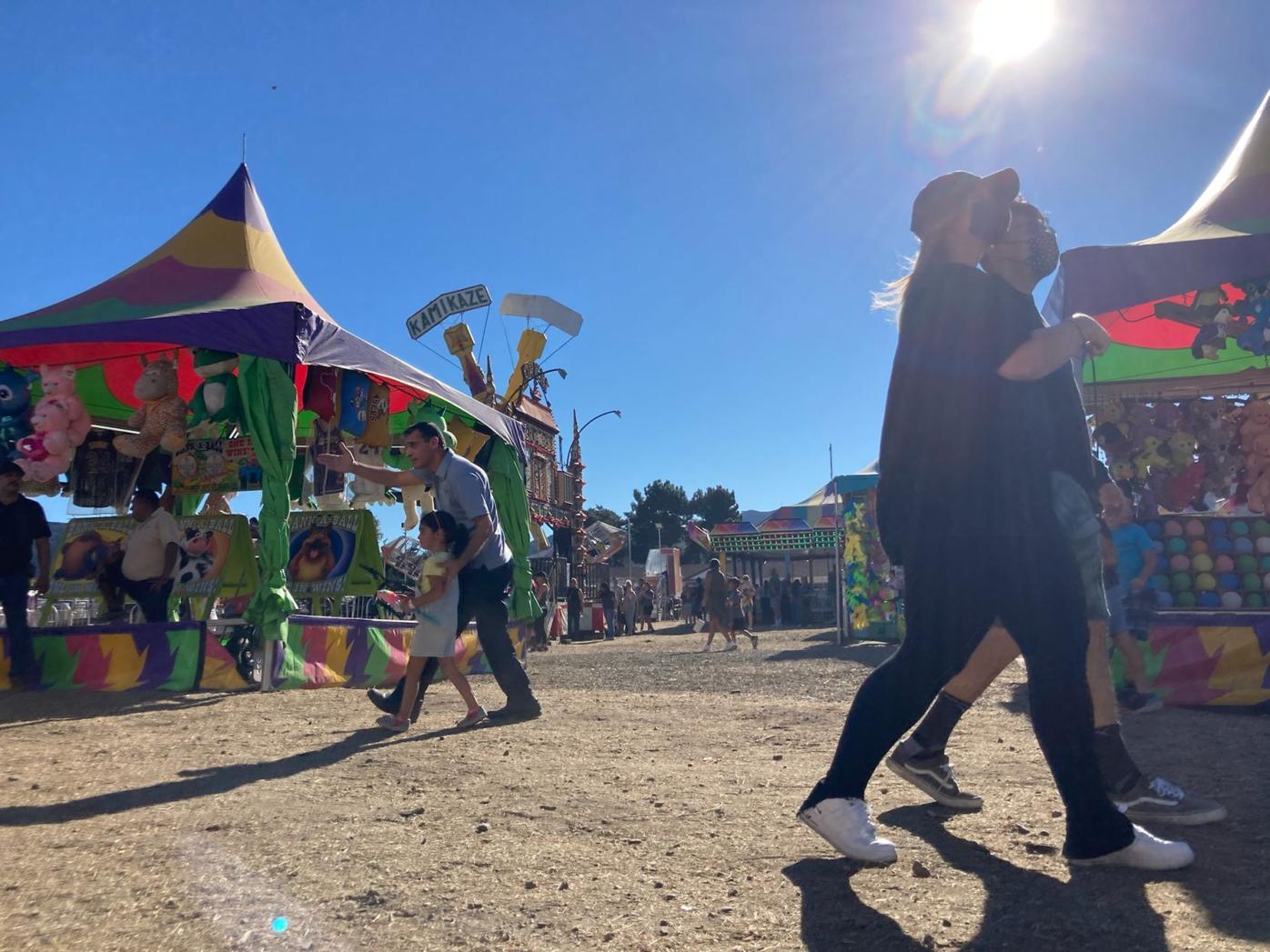 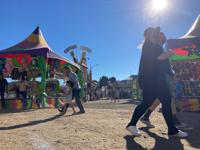 Five-member rock band Radiation Invasion brought home the big win for Lompoc on Sunday after being declared Battle of the Teenage Band champs at Buellton's weekend Fall Fest event held along Avenue of the Flags.

Echoing the group's decision, bass player Andy, explained that the money would go into "band savings" to help the musicians purchase additional equipment.

Aside from playing small local gigs at places such as Lompoc restaurant Eye on I, the festival performance had been the group's first time performing in front of a large public crowd where they played music by artists Amy Winehouse, the Misfits, My Chemical Romance, Talking Heads, No Doubt and Metallica.

"It was very weird," said lead guitarist Mars, who also is a music teacher at Lompoc's Certain Sparks Music. "It definitely was a new experience."

Buellton to host Fall Fest weekend event from Nov. 12 to 14

Despite the nearly triple-digit heat index over the weekend, the teens battled it out with fellow musicians and Santa Barbara rock band Jump Start during the fall festival, which featured dozens of local musicians, headliners and special performances by renowned and out-of-state bands, in addition to ride attractions, games and food booths.

Encouraging youth everywhere inspired by music to just go for it, Mars said, "Get a guitar and just start playing. There's no time like the present."

The band of three years say they are amped by the win and plan to play another show in the near future while continuing to work on original songs in the studio.