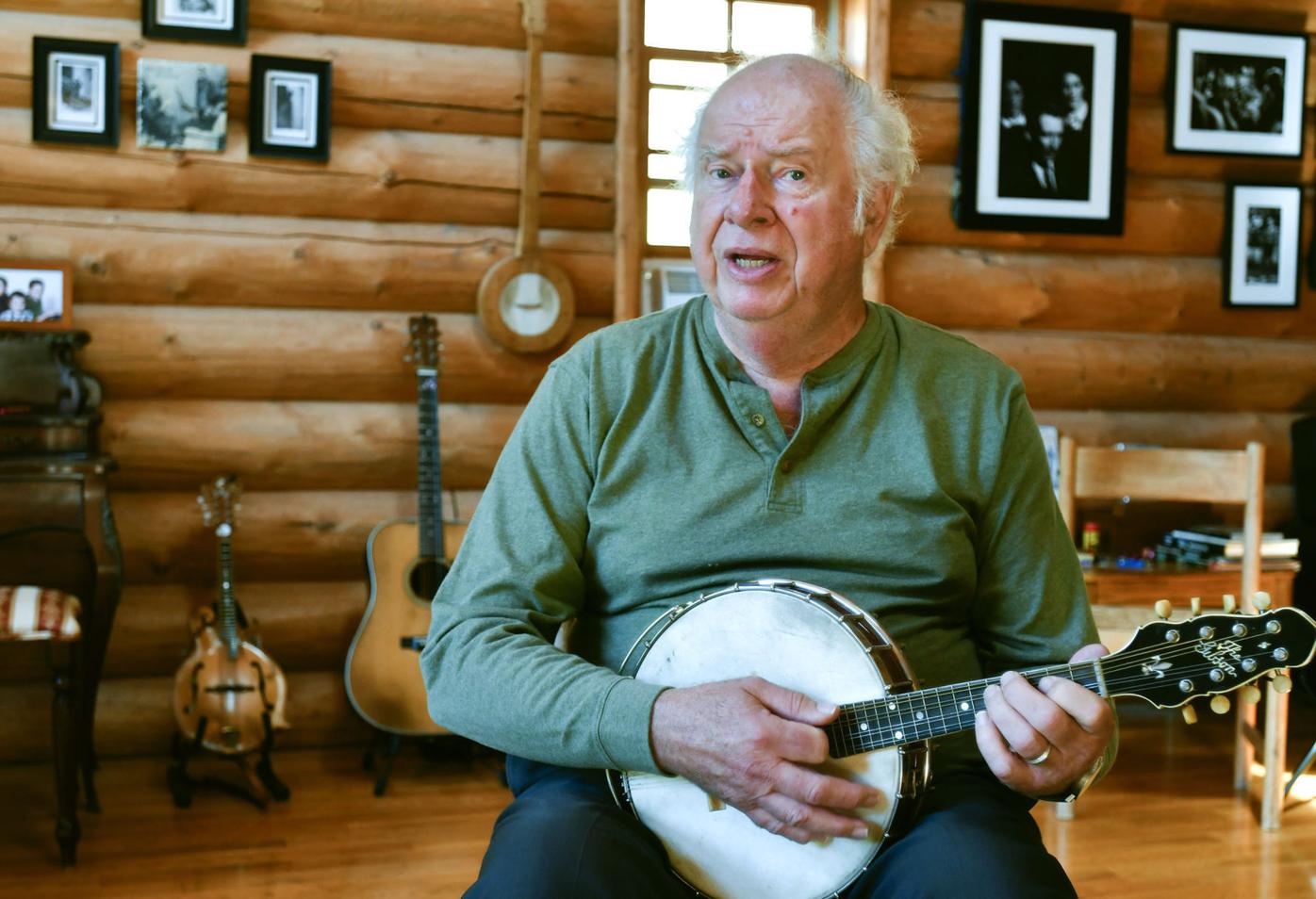 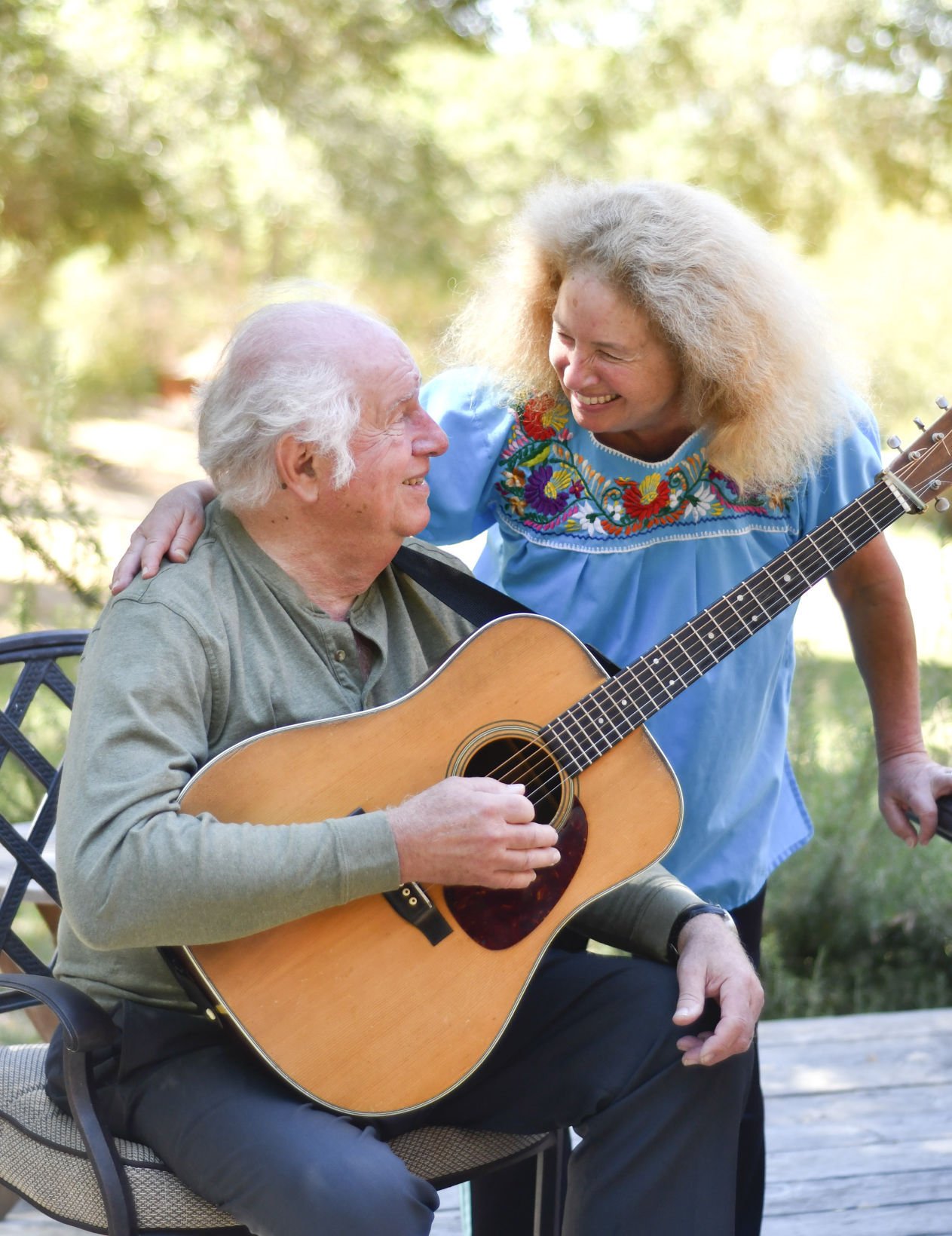 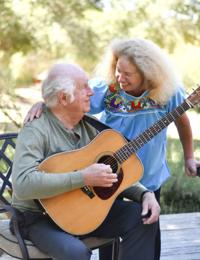 Bluegrass musician Peter Feldmann and his wife, Francine, at their Santa Ynez home. 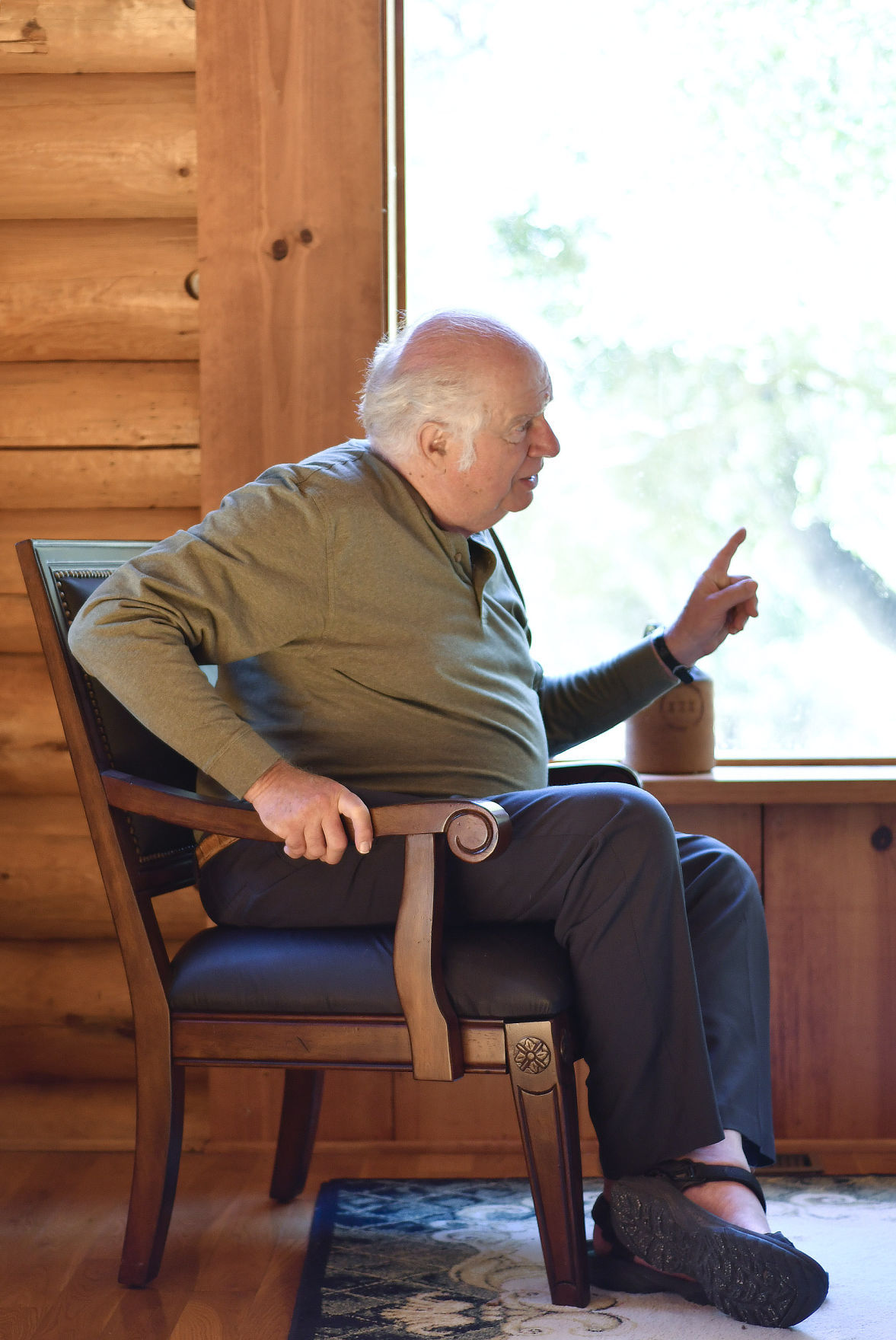 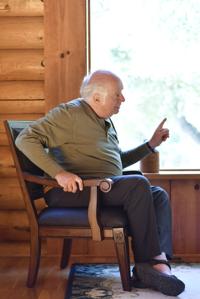 Bluegrass musician Peter Feldmann and his wife, Francine, at their Santa Ynez home.

He's plays guitar, banjo, mandolin, sitar and piano. He's a concert producer and bluegrass historian. And a singer, too. Peter Feldmann is a one-man crusader whose mission is to keep old time music alive, vibrant and meaningful to audiences of all ages.

His latest endeavor is a reunion of his Gap Tooth Mountain Ramblers for a concert at the Santa Ynez Valley Grange Hall on Sept. 17.

"We're an example of a string band that you might find in the mountains of North Carolina or West Virginia. We have two fiddlers, a banjo and guitar. Put them together, and you've got an event that sets country music back 80 years. The show will be pre-bluegrass. Bluegrass is relatively new music, like hip hop," Feldmann said, laughing.

Feldmann is a mesmerizing storyteller, and the tale of how he discovered this type of music is worthy of a song.

Born in Zurich, Switzerland, Feldmann and his parents emigrated to the United States in the late 1940s.

"We moved to Pacific Palisades and new arrivals across the street were from Texas," he recalled." The children played together, and when the neighbors became the first on the block to get a television set, Feldmann became hooked on the old Western movies that were staples of the few Los Angeles stations at the time.

"These were Westerns with people like Ken Maynard, Hoot Gibson and Tom Mix with his horse, Tony. I was glued to the set. I'd never seen anything like that in Switzerland. Once in awhile, there would be an interlude when the cowboy star would pull a guitar out from somewhere and sing a song. Sometimes he sang to his horse. I thought, this is something that is very different. Something clicked in me. I began looking for music like that."

His parents insisted he learn the clarinet but there was one major problem with that. Feldmann enjoys singing and you can't sing while playing the clarinet. He got a second hand guitar and took a few lessons. As a student at UCSB, he found a teacher who taught jazz guitar. That was good for the chords.

Feldmann spent from 1961-63 in Chicago and discovered the Old Town School of Folk Music. "I found a man who was teaching Maybelle Carter-style guitar playing. It was a big treasure for me. I soaked up as much as I could." With a banjo he bought via mail order for $95, he'd practice in front of a mirror to master the hand movements.

"The most important thing is that I started meeting people who played the music, and I found sources for records of this music," he said.

According to Feldmann, during the 1920s and 1930s record companies went out to remote locations and recorded folk musicians. They documented a lot of interesting music unknown to most people in the country.

"It is how I learned about American history and what it meant to be American, meeting people who played music from Kentucky and Tennessee and Georgia. I really started soaking it up," Feldmann said.

Back at UCSB after the stay in Chicago, Feldmann organized jam sessions and concerts to present the music that so enamored him. Santa Barbara had never heard such music, and Feldmann came up with the perfect idea for how to introduce it.

In the '60s, it was common for radical organizations to call themselves "fronts."

"I got the idea of forming the Old Time Music Front. It was a 'front' organization to present American music to students who had never heard it before. I wanted to subvert the minds of these college students into listening what to me was amazing music -- Cajun singers from Louisiana, bluesmen from Georgia and Louisiana, and so on," he said with a chuckle.

Feldmann learned from the best: mandolin from the creator of bluegrass music, Bill Monroe, and sitar from the legendary Ravi Shankar, who he met in Hollywood.

"He invited me to a private concert at a very ritzy house, it was the home of an Indian professor in the hills above UCLA. A small stage had been set up. It was heaped with Persian carpets. There were vases of flowers and incense burning. There were eucalyptus trees outside the windows. In came Ravi Shankar and Alla Rakha [a tabla player who frequently accompanied Shankar], and a tambora player. I still remember, to this day, listening to that music and the sunlight filtering through the eucalyptus leaves making patterns on the rug in front of me. I was only eight feet from these people playing. It was so beautiful."

Tears welled in Feldmann's eyes as he recalled the encounter. The aesthetics and purity of the music made that much of an impression.

Feldmann lives on 20 rather remote acres in Santa Ynez, in a log cabin-style house with his wife of 24 years, Francine Greshler Feldmann, and their beagle puppy.

In the living room is a Steinway piano that belonged to composer Frederick Loewe, of Lerner & Loewe fame. Francine lived with Loewe for 16 years until his death in 1988, and inherited the piano from him.

A singer, composer, and producer in her own right, Francine was staging a musical fantasy for children in 1991 and was looking for a guitar player. A mutual friend introduced her to Feldmann.

"I was just looking for whatever work I could find at the time," said Feldmann. "I passed the audition." The couple married a year later.

Feldmann plays about 20 dates a year. It is physically demanding to play a bluegrass show.

"I'm just trying to keep my toe in the water," he said.

The reality is, he does way more than that. Even with an impromptu performance in his living room, Feldmann is the kind of performer who doesn't just play. He connects with his audience. His voice is crystal clear. The universal language of music comes straight from his heart.

The 411 on The Gap Tooth Mountain Ramblers concert

Advance tickets $15. at The Book Loft, Solvang, and online at BlueGrassWest.com.

Thanks for a fine article. Our show at the SY Valley Grange Hall will begin at 8:00 PM, Saturday, September 17th. Advance tickets ($15) are available at the Book Loft in Solvang an on-line at: [ http://bluegrasswest.com/tickets.htm ].