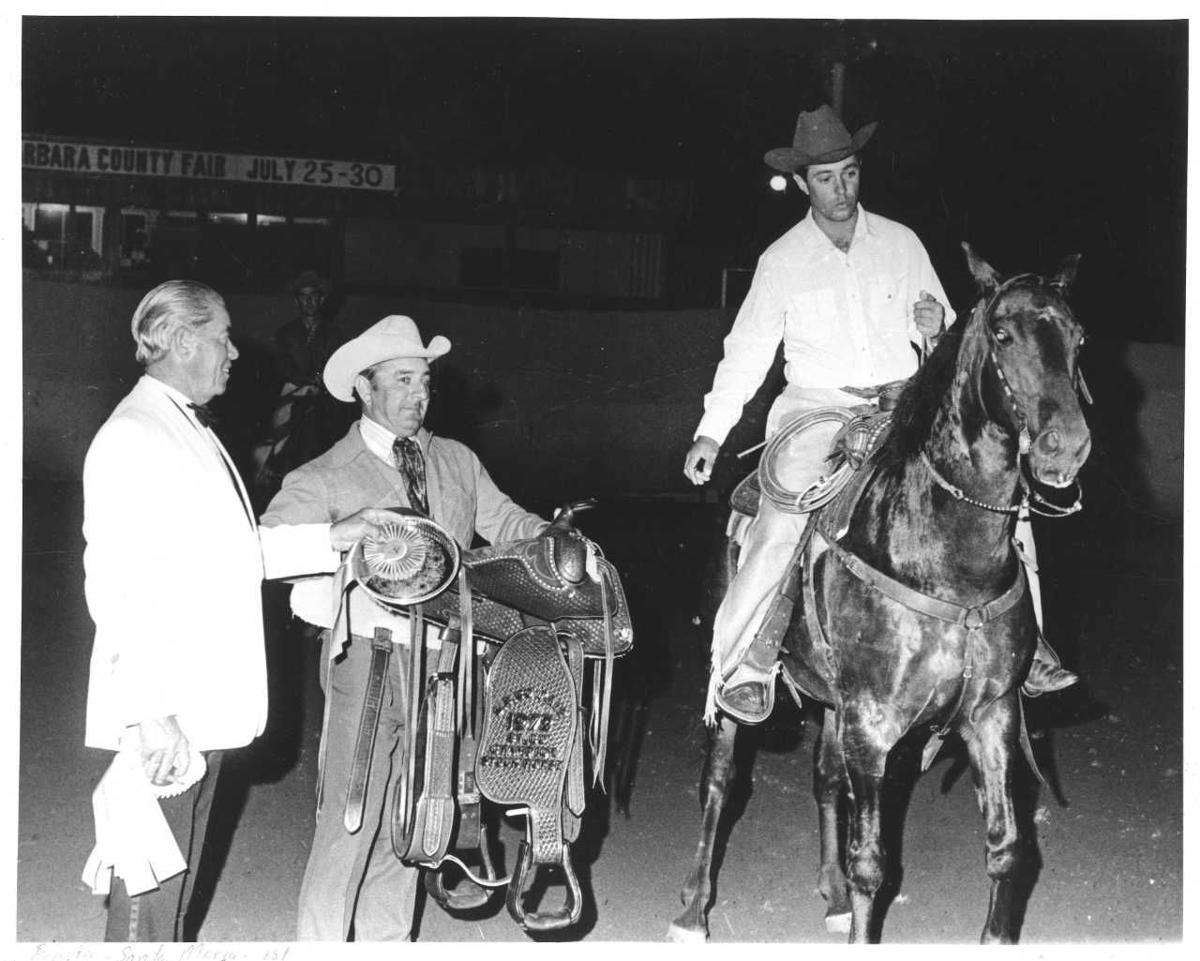 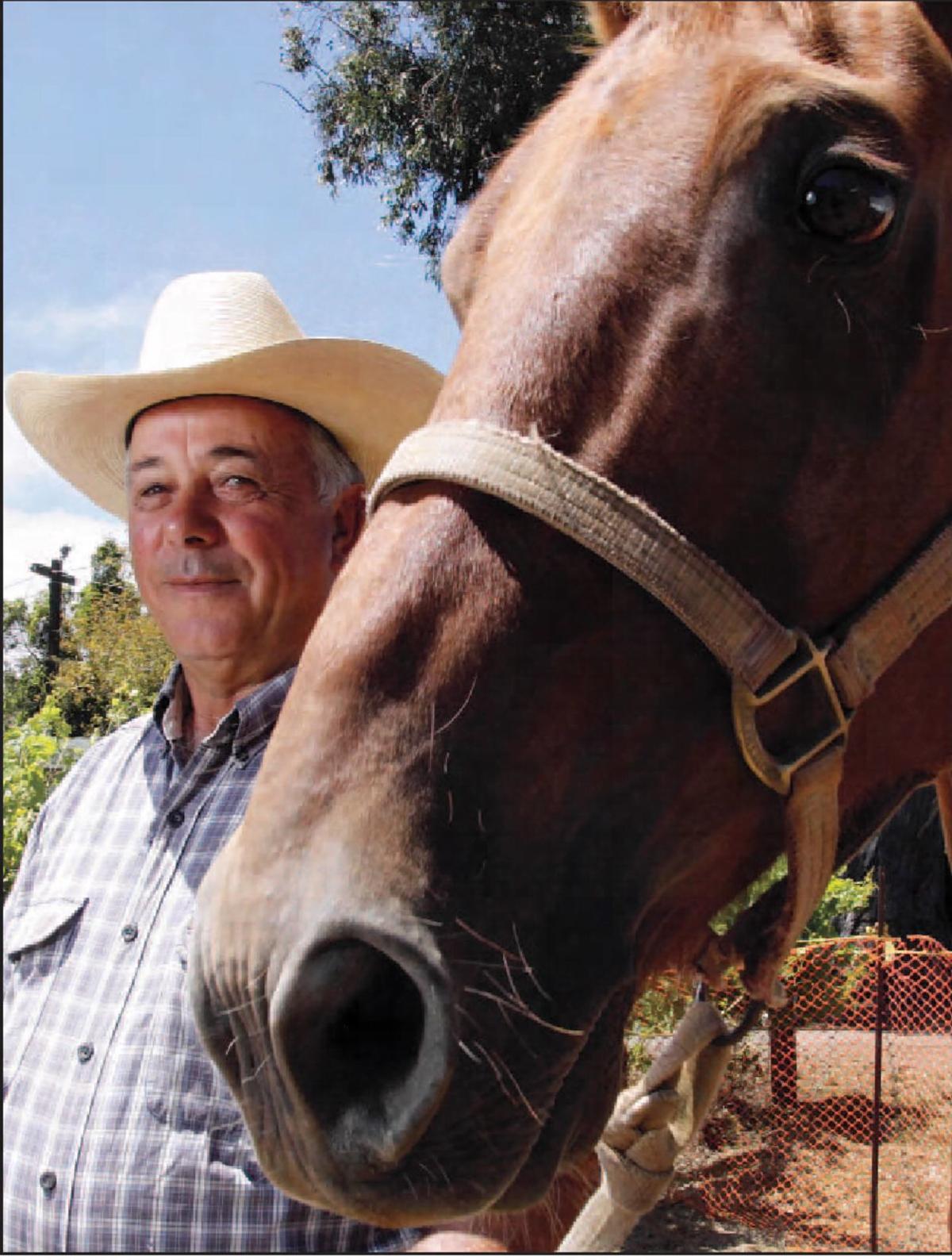 Tyke Minetti is shown with his horse "Spooky" in 2011. 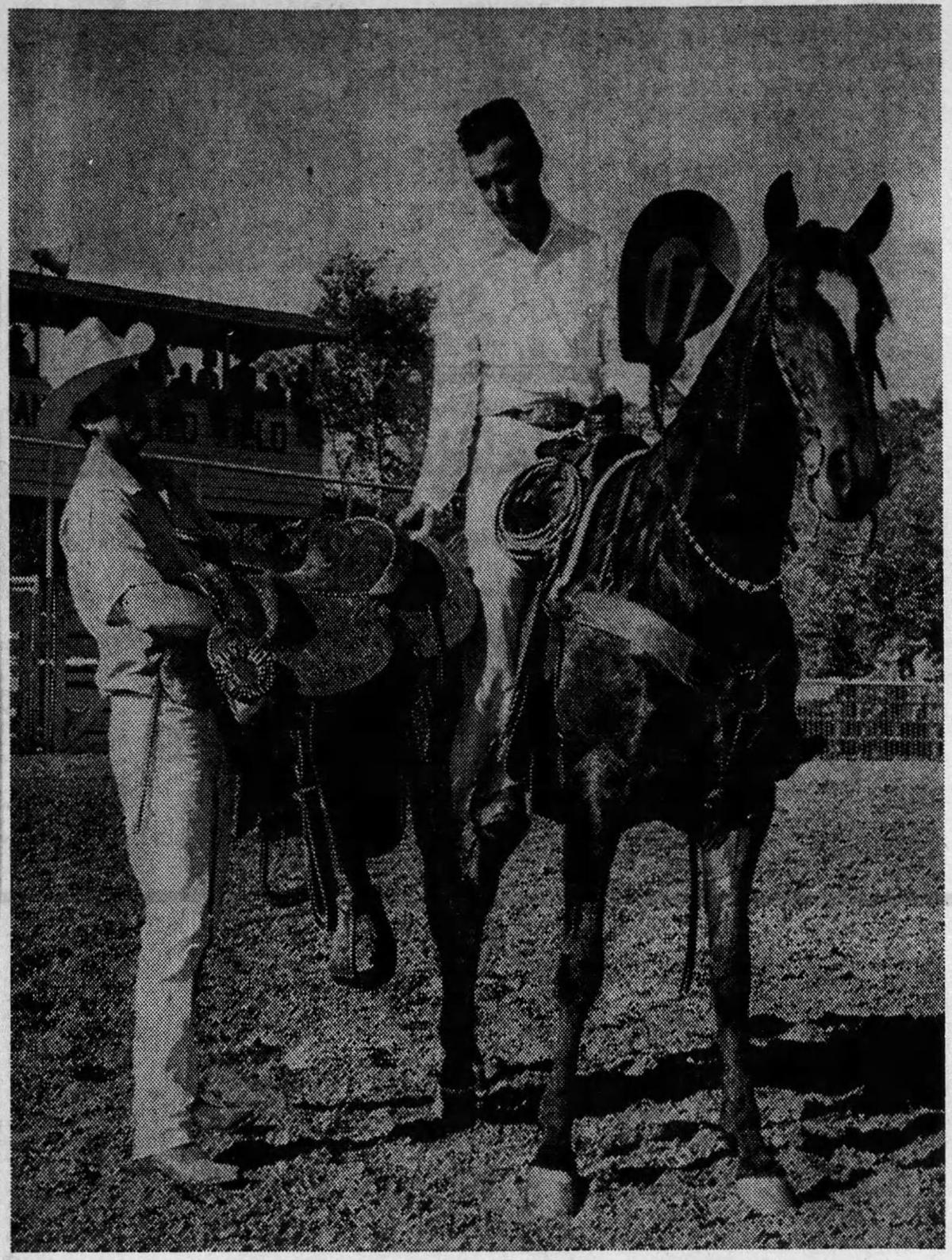 Just for an evening, longtime rancher and horseman Charles “Tyke” Minetti will step out of the hot sun and into the warm spotlight to accept the 2019 Vaquero of the Year award presented by the Santa Ynez Valley Historical Museum (SYVHM).

Minetti will be honored Friday, Nov. 8 at the "Vaquero Gala" in Santa Ynez, setting in motion the 35th annual Vaquero Gala, Show & Sale, a weekend long fundraising event that promotes the traditions, heritage and influence of the California vaquero (cowboy).

According to the museum's board of directors, this year’s honoree and his family are an integral part of the vaquero heritage, for which Minetti takes little credit.

“I was just born into ranching and that is all I know,” Minetti said of his life-long career.

Born to parents Rosalie and Clarence Minetti, Minetti grew up in Guadalupe with his younger sisters, Susie and Marie on the family’s Corralitos Ranch, where his father learned the ranching business from Rosalie’s father.

Minetti explained that after graduating from Santa Maria High School, he started his career as a modern day vaquero and eventually became the ranch manager who oversaw “dry farming” hay production, an extensive cattle operation and an award-winning quarter horse breeding and showing program.

Together with his father, he bred and trained quality quarter horses like "Doc’s Cowboy", who went on with his trainer to be named Reserve Champion in the Snaffle Bit Futurity in 1972.

To RSVP for the Vaquero Gala dinner or for more information about the weekend of events contact Teresa Mills at (805) 688-7889 Ext. 104 or email info@santaynezmuseum.org.

The father and son duo then purchased a 2 year-old filly named "Forget Me Not" who Tyke Minetti trained and showed and together won the 1973 Non-Pro Snaffle Bit Futurity in Santa Rosa.

Another mount, "Doc’s Know How," the first off-spring of Doc’s Cowboy, then went on with Minetti to win the 1975 Non-Pro Snaffle Bit Futurity held in Reno.

Throughout his show career, Minetti has enjoyed many successes including his first 12 wins in the stock horse division at the Santa Barbara Fiesta Horse Show for which he received a hand tooled saddle and subsequently in future wins, garnered 21 additional saddles and seven bridles.

Most of these accomplishments were on horses Minetti bred, raised and trained to carry him to the top of the sport.

In recognition of his pursuit of excellence in producing high-quality livestock (both horses and cattle) he was named Livestock Producer of the Year in 2008, and in 2011, named “Honorary Vaquero” by the Old Spanish Days Stock Horse Show and Rodeo, an honor his father received in 1988 and his brother-in-law, Paul Righetti, in 2016.

Associated with the multi-generational Far Western Tavern founded in Guadalupe by his parents in 1958, Minetti explained that since the cost of retrofitting the 60-year-old restaurant was prohibitive, his family decided to relocate their operations to Orcutt in 2012.

He and his wife, Sheryll, are now “retired” to a smaller ranch in Tepusquet where he runs a second cattle operation along with the one at Corralitos which keep him busy from sunrise to sunset.

“This is a particularly busy time of year, “ he says, “because of the constant need to check on calving heifers; making certain the pasture is safe for them; assisting in the birthing process if necessary; shipping part of the herd to market; and, selecting breeding stock for the spring.”

After the closing of her beloved Mattei's Tavern kitchen in June, local Executive Chef, Maili Halme, goes on the record to share about her new…

For those of us who haven't been directly affected by recent senseless mass shootings, it’s hard to know how to help. We know that healing is …

Driven by a sense of responsibility to protect her family's livelihood and the land, sixth generation Santa Ynez Valley rancher and high school junior Lilly Masopust who recently returned from a meaningful trip to Denver, says she is ready to lead the charge.

Tyke Minetti is shown with his horse "Spooky" in 2011.