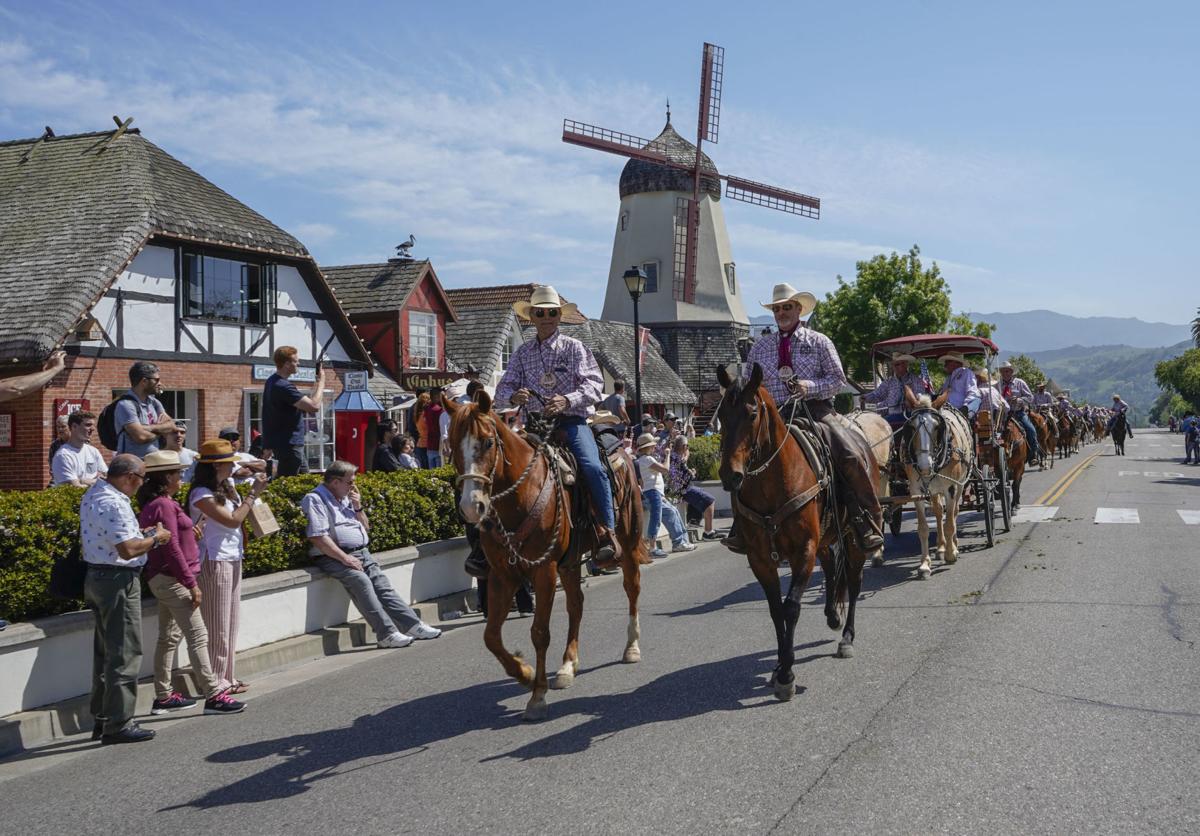 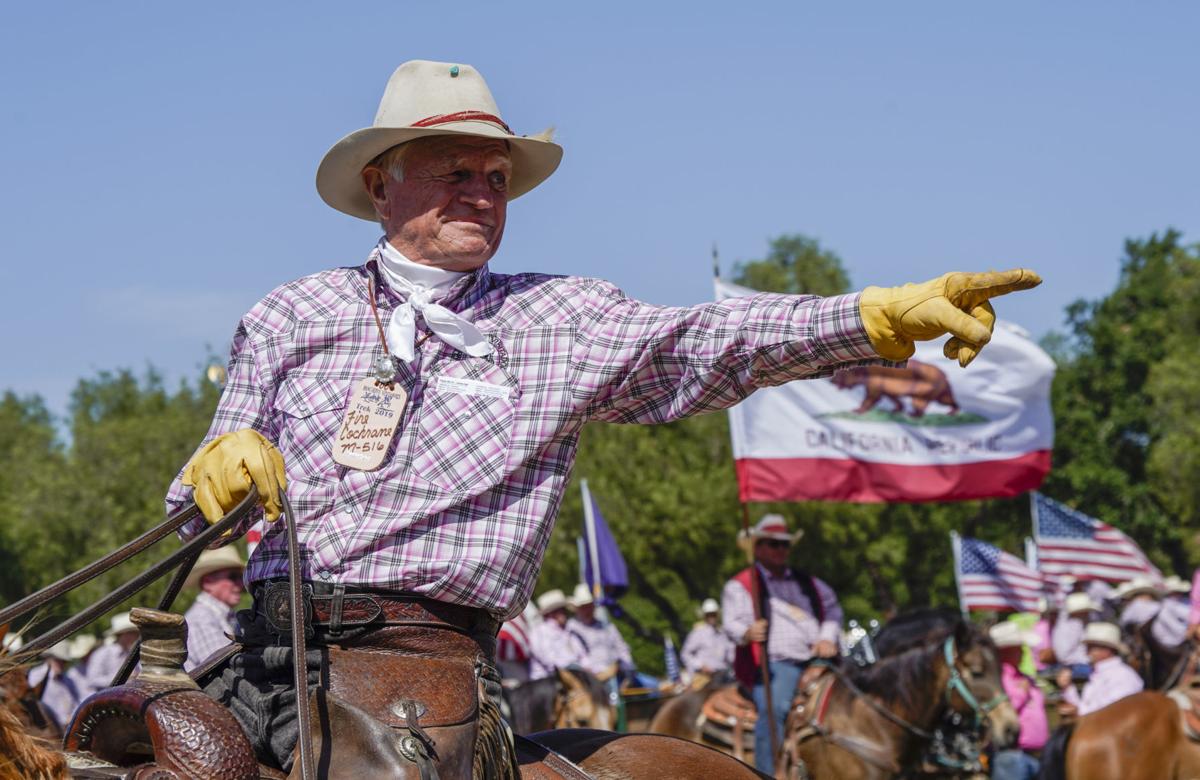 A rider whose name tag reads Fire Cochrane points at the crowd gathered Saturday in the grassy area at Old Mission Santa Inés during the annual Rancheros Visitadores ride in Solvang last year.

For the past 89 years more than 750 cowboys clad in pink, and hailing from 37 states and six countries, have ridden into Solvang on horseback and in horse-drawn carriages along Alisal Road to Old Mission Santa Inés.

This year, however, they will break with tradition in support of statewide efforts to stop the spread of COVID-19.

The Rancheros Visitadores recently announced the cancellation of its 90th annual ride slated for Saturday, May 2.

Outgoing Rancheros President Steve Beneto said that although the traditional ride and parade will be missed, “the spirit of the Rancheros Visitadores will live on through the dedication of its members who are steadfast in their commitment to this cause.”

Incoming President Robert Feist affirmed that, stating that fundraising efforts despite the canceled ride, will continue.

"I am very proud that we are still able to assist this great cause," said Feist. ”My thanks to Steve Beneto and all the members who make this happen."

So far this year, the Rancheros have raised $188,000 to support critical breast cancer programs at Ridley-Tree Cancer Center, bringing the total raised over the last nine years to $1.26 million, according to Lori Willis, Cancer Foundation of Santa Barbara executive director.

In collaboration with member partners Wrangler Jeans and the Tough Enough to Wear Pink Foundation, the funds raised by the Rancheros help to support a wide array of breast cancer programs at Ridley-Tree Cancer Center, including clinical research trials, wellness classes and support programs and hereditary cancer risk counseling and nurse navigation.

Willis said health services provided at both Santa Barbara and Solvang facilities which opened in 2017, continue to provide access to world-class physicians to all breast cancer patients residing in Santa Barbara County regardless of where they receive treatment — or their ability to pay.

“The funds raised by the Rancheros Visitadores members and its partners, support important programs utilized by many breast cancer patients right here in our community,” she said.

A return of the annual ride and traditional Mission ceremony is planned for the spring of 2021.

Debbie Roberts Loucks: 5 things 'Sequestrians' can do at this time

This should be an encouragement to horse lovers everywhere (#Sequestrians) who feel a bit lost as to how to use this extraordinary time.

A rider whose name tag reads Fire Cochrane points at the crowd gathered Saturday in the grassy area at Old Mission Santa Inés during the annual Rancheros Visitadores ride in Solvang last year.