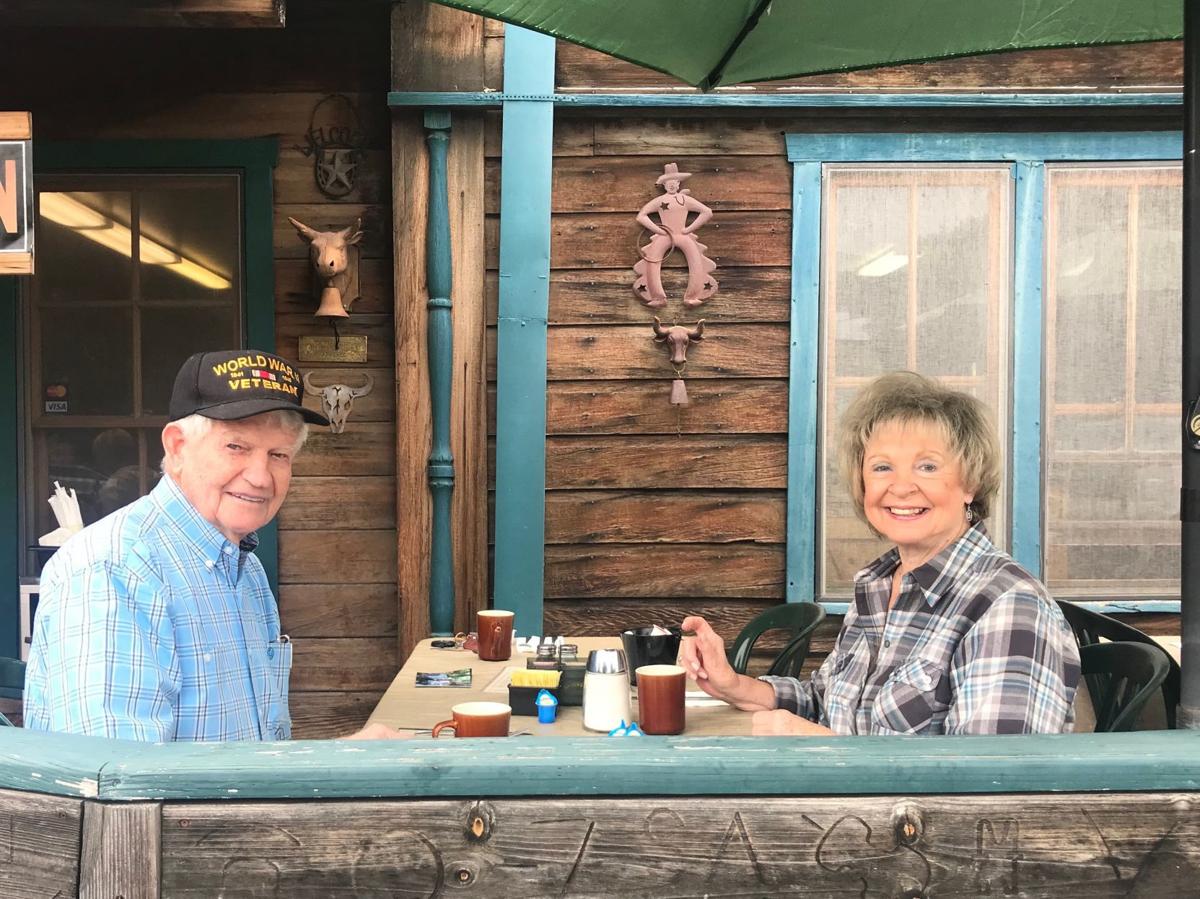 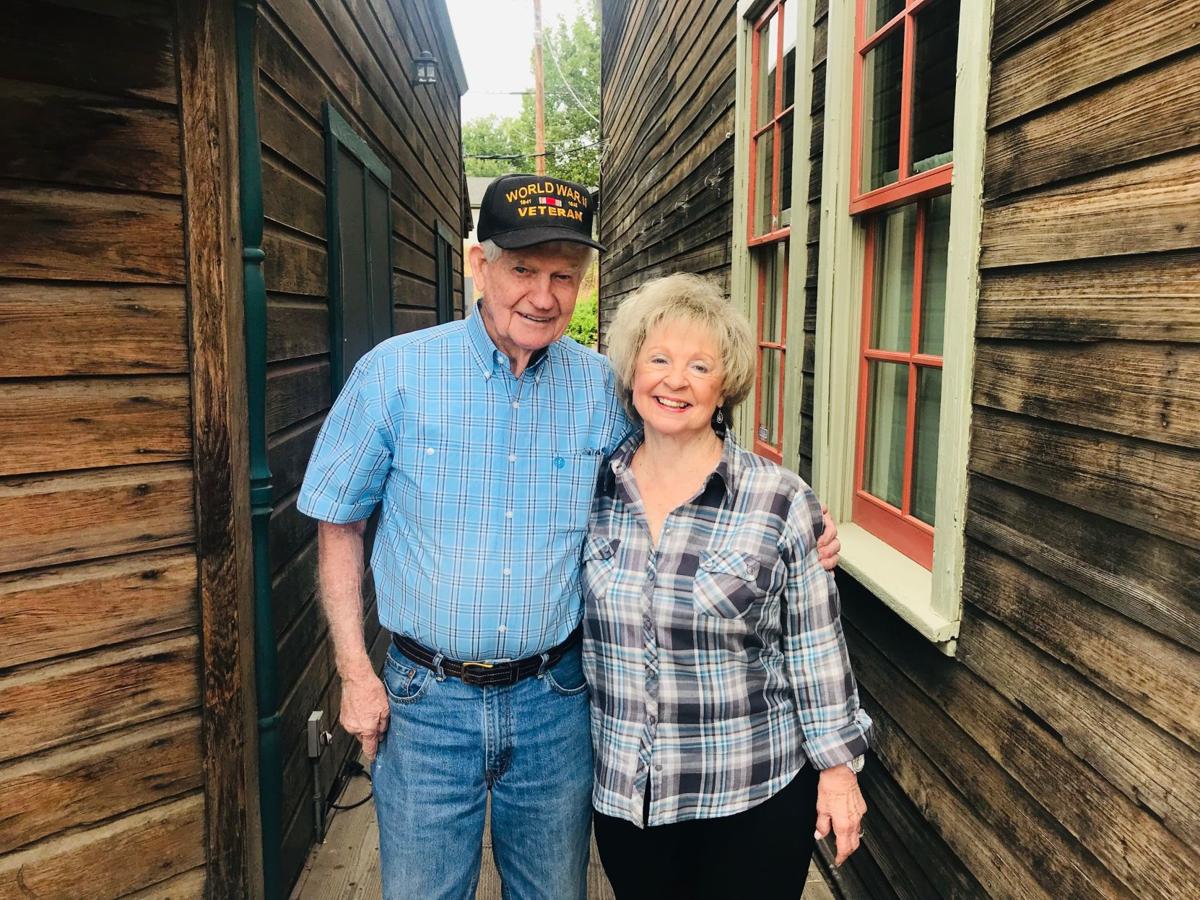 Putty and Carol Mills who recently celebrated their 56th wedding anniversary stop for a photo at their favorite Santa Ynez breakfast spot. 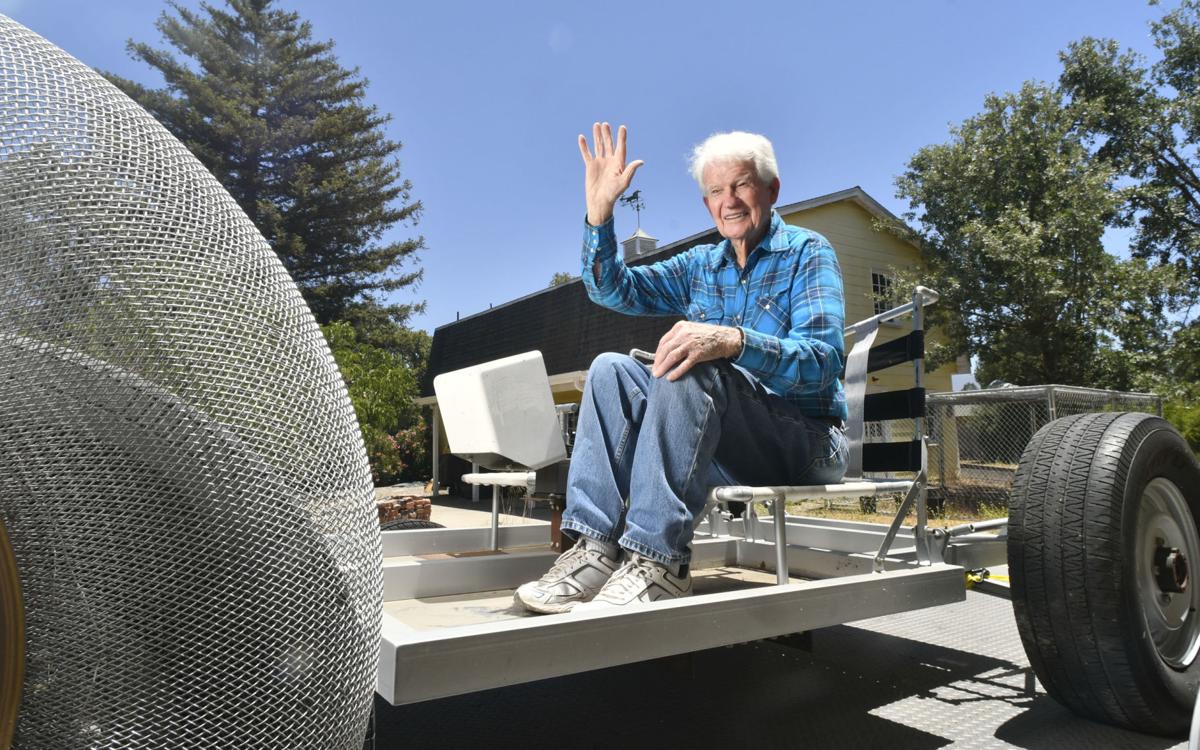 R.A. “Putty” Mills practices his wave for Solvang's Fourth of July Parade aboard the Lunar Roving Vehicle he built for NASA's Apollo program for use on the moon. The wire wheel, left, was used on the moon, rather than the rubber tires used for training in the Arizona desert.

Leading the charge down Solvang's Mission Drive will be 2019 honorary grand marshals Rutledge A. “Putty” Mills and his bride of 56 years, Carol, riding inside of the famous Lunar Roving Vehicle (LRV) prototype — or Moon Buggy.

"He said it was my turn," Mills said laughing, adding that his wife, a dedicated homemaker and mother to four daughters, said she too would be glad to go along for the ride.

The theme of this year's parade is "We the People" and according to Jones, who will represent the Solvang Rotary as the parade announcer for the 24th year, the Mills fit the definition of how Americans can achieve previously unthinkable things, such as putting a man on the moon.

"For a young man of 96, he is an inspiration for all Americans that you can do great things in life," Jones said of Putty Mills.

The public is invited to meet the Mills and the Moon Buggy at Solvang Park after the parade during the community BBQ. Get up close and ask questions.

Mills' military action in Europe during WWII included the Battle of Bulge and a deployment to the Philippines earned him a French Legion of Honor, American, European-African-Middle Eastern and Asiatic campaign medals, the World War II Victory medal and Good Conduct medal.

Post-war, Mills worked as an engineer for the U.S. Department of the Interior when, just before Apollo 11 made the first moon landing, NASA put out a request for proposals to design and build the Lunar Roving Vehicle that would allow astronauts to extend their moon explorations.

Boeing won the prime contract, according to Mills, and General Motors Defense Research Laboratories in Santa Barbara was left to finish the wheels, motors and suspension.

Eventually NASA would need more than just the four flight models built — three of which are currently on the moon, according to Mills. They required a training model to be built for testing and measuring important human factors.

Mills says after a lengthy process, out of the 1,500 people who applied to build the training unit, he was chosen.

"I was in the thick of it," he said, further adding that what he most regrets is missing the opportunity to go to space due to an age limit imposed by NASA. "You couldn't be more than 40 at that time and I was already 41."

One of the two moon buggies — the other is held at a museum in Flagstaff — designed by Mills for $1,900 versus the $10 million that Boeing put the cost at for building, will again be featured in this year's parade.

"I was really surprised when I heard the news," said Carol Mills, 83, a self-professed bibliophile. Playfully gesturing to her husband, she added, "He never tells me anything."

When not at home refurbishing vehicles or being featured in a parade, the Santa Ynez couple can be found enjoying a pancake and scrambled egg breakfast at Longhorn Coffee Shop each morning in their beloved hometown.

For more information about the parade or to obtain parade entry forms, visit https://www.solvangrotary.com/.

Solvang will celebrate Independence Day on Thursday, July 4, with a lineup of special events and activities around town for the whole family t…

Where were you during the July '69 Apollo 11 landing? Let us know, and we will add it to our 'Apollo Memories'!

A Guadalupe man who parachuted into France the night before D-Day and was with Gen. George S. Patton’s tanks at the Battle of the Bulge was ho…

Putty and Carol Mills who recently celebrated their 56th wedding anniversary stop for a photo at their favorite Santa Ynez breakfast spot.

R.A. “Putty” Mills practices his wave for Solvang's Fourth of July Parade aboard the Lunar Roving Vehicle he built for NASA's Apollo program for use on the moon. The wire wheel, left, was used on the moon, rather than the rubber tires used for training in the Arizona desert.