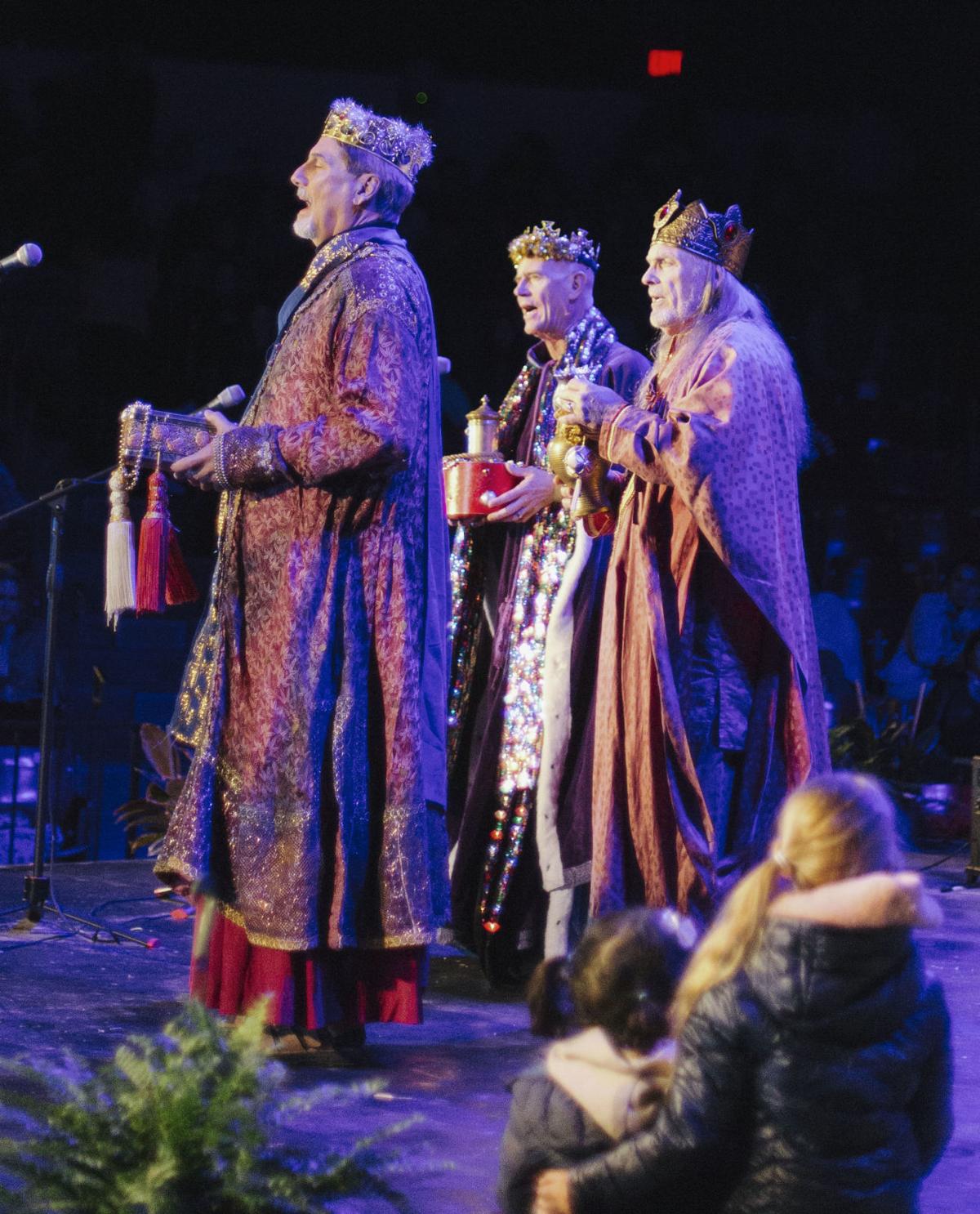 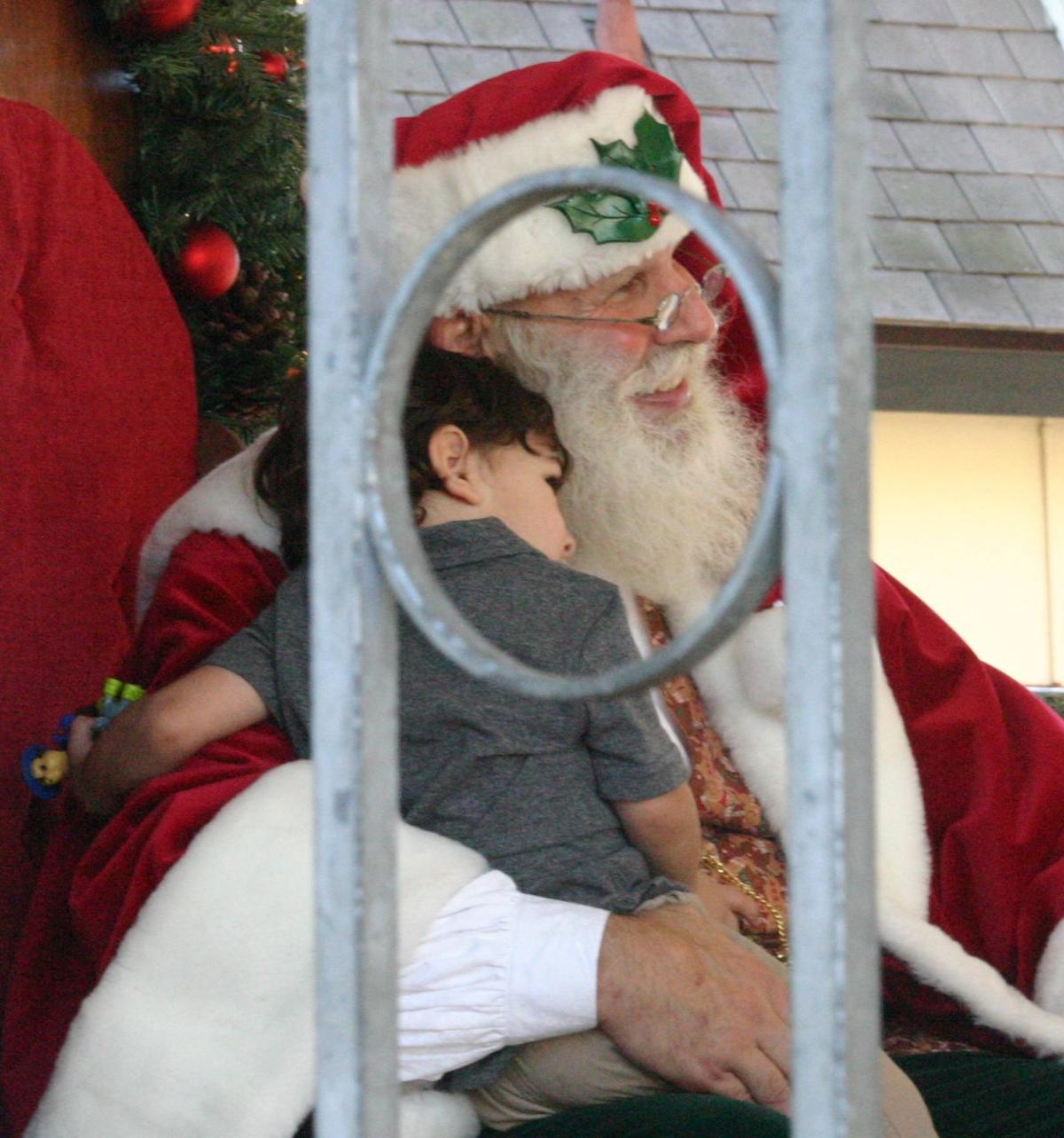 Santa Claus gets a hug from one of the dozens of children who visited with him and Mrs. Claus in the Solvang Park gazebo following the 2018 Julefest Parade.

With scant weeks to go before Julefest, the Solvang City Council has decided to go with a big outside promoter to produce and manage the month-long signature celebration but also chose to have the man who’s done most of that for the past two years serve as a consultant — if he chooses to accept.

But the vote included having IDK use Daniel Lahr, who also submitted a proposal, as a consultant to assure the festival retains the traditional Danish flavor.

Scott Shuemake, a managing member of IDK Events, offered to give Lahr a six-month consultant contract with the company, with the city and IDK each picking up a portion of his salary.

“Candidly, I’ve called Daniel like a debt collector for the last two days,” Shuemake said about picking Lahr’s brain for information about the festival.

Three proposals were received by the city of Solvang for producing and managing Julefest (pronounced Yulefest), which is scheduled to begin Nov. 29 and continue through Jan. 3.

• Daniel Lahr of Arroyo Grande, a Santa Ynez Valley native and the only remaining paid employee of the Solvang Conference & Visitors Bureau, who as special programs manager was responsible for planning and producing Julefest for the past two years. His experience includes producing “Chill” in the former Spruce Goose dome in Long Beach and events for Knott’s Berry Farm and Disney World.

• IDK Events, based in Fresno with offices in San Francisco and Hong Kong, which has produced the Noe Valley Spooktacular, the Pride Parade & Festival in San Francisco, the Union and Castro street fairs and electric-vehicle Formula 1-style racing and had operational roles with the Olympic Games and the World Economic Forum in Switzerland.

• Pink Cadillac Entertainment, based in New Orleans with local contacts throughout the United States, including Santa Barbara County. The company produces and manages the Carpinteria Avocado Festival and has or still is producing the Santa Barbara Earth Day and Solstice festivals, the Chinese Lantern Festival in Monterey Park, Newport Beach Centennial Celebration, Culver City Centennial Celebration and Huntington Beach Fourth of July events.

He said he would be “more than happy” to use Lahr as a consultant to retain the Danish flavor of the event, which council members said is a priority.

“I’m open to the possibility,” said Lahr, who was obviously emotional about his own bid to manage the city’s Christmas festival. “It needs to make sense to me.”

Only one person spoke during public comment — Shelby Sim, president and CEO of Visit the Santa Ynez Valley, who said the organization strongly supported Lahr for the job.

The council chose IDK over the third company that submitted a proposal, Pink Cadillac Entertainment.

After terminating its contract with the Solvang Conference & Visitors Bureau, the city had to come up with another agency or company to manage Julefest, which kicks off Nov. 29 and continues through Jan. 3 with a variety of events.

The City Council directed the staff to develop a request for proposals at its Sept. 9 meeting, and by the time the RFP went out, potential applicants had only one week to prepare a plan and budget and submit it to the city.

Kady Fleckenstein, the city’s public information officer, said Lahr prepared his proposal in just two days, but he was in charge of planning and producing Julefest for the last two years as the special programs manager for the Solvang CVB.

The RFP required applicants to provide a list of basic events, and most council members indicated they thought any of the three could do the job, but picking one was made more difficult because each one suggested adding a variety of new events and each had a different cost.

To help the council “compare apples to apples,” Fleckenstein prepared an addendum that listed the additional events each promoter proposed to add, along with the cost for each.

While the council wanted to retain the Danish flavor and heritage of Julefest, they also wanted activities for teenagers and sought more “dazzle” than previous year’s festivals have had.

“I just want to find somebody who can make our city ‘pop’,” Councilwoman Karen Waite said.

But council members also wanted events that would eventually make the festival self-sustaining through ticket sales for some events and sponsorships for events and the festival as a whole.

“For me, this comes down to who’s going to be able to do this job,” Djernaes said, adding that would be difficult “because the council doesn’t know what it wants.”

He wondered if it would be possible to pool resources of all three promoters or to have IDK do the first half of the festival and Lahr the second half.

“I would love to take all three of you and put you in a room and see, how can we pull this off?” Djernaes said. “How can we make it work?”

Djernaes wanted to pick and choose events from each promoter, so he suggested tabling the issue to work on that.

But Mayor Ryan Toussaint said the earliest another special meeting could be called would be the following Wednesday, which would slice even more off the short time left to put together Julefest events.

Djernaes abstained in the vote because he said he wasn’t comfortable with making that decision Wednesday.

The Solvang City Council on Monday night took steps toward providing for tourism marketing efforts and denied two appeals from cannabis business applicants, among a number of actions items on the agenda. They also took flack from residents miffed by the addition of demarcated bike lanes on Fjord Road and agreed to look at alternatives to that route.

Adding to the overall merriment of Solvang's Juelfest festivities, the City of Solvang has announced plans to include a choreographed drone sh…

Since "Locally owned, Internationally known" event producers IDK Events won the bid to design and execute Solvang's month-long signature Julefest celebration in September, co-founder and company president Scott Shuemake and his team have been working around the clock to pull off a memorable snow-filled event that he hopes locals will love.

Longtime friends John Martino and Bent Olsen of Olsen's Bakery have been named 2019 Solvang Julefest Parade grand marshals for their commitment to the betterment of the city.

Santa Claus gets a hug from one of the dozens of children who visited with him and Mrs. Claus in the Solvang Park gazebo following the 2018 Julefest Parade.