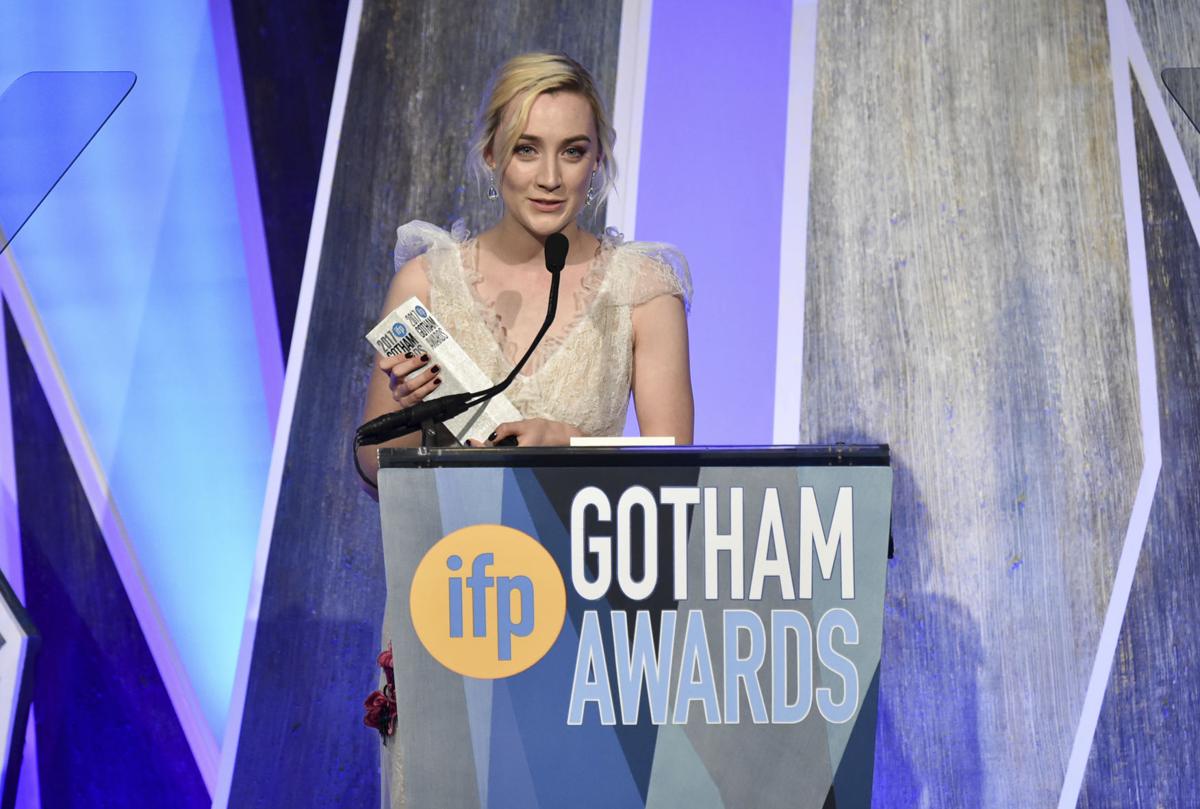 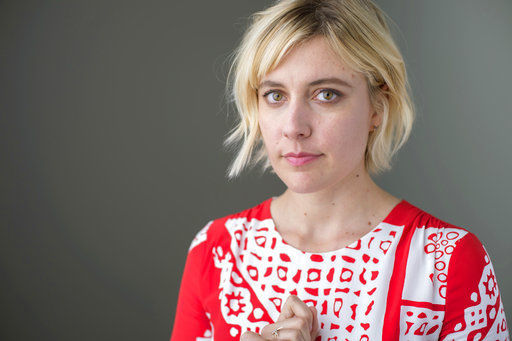 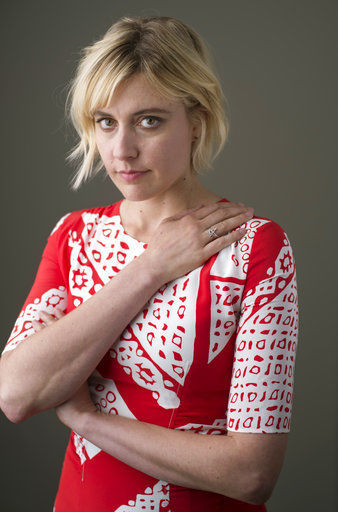 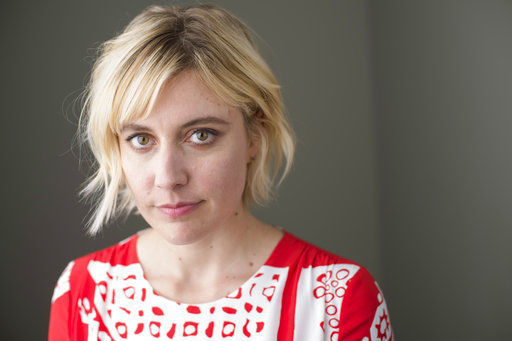 NEW YORK — Greta Gerwig has been an actress in 25 films, a co-writer on five and co-director of one. She's assembled wardrobes, done makeup and — thanks to her 5-foot 9-inch height — held the boom mic. She has, in a sense, been building up for a long time to her directorial debut: "Lady Bird."

"I was accumulating my 10,000 hours," Gerwig said in a recent interview in a tucked-away room at Lincoln Center. "When I finished this script, I thought: You're still going to learn things but you're not going to learn anything more by not doing it. Whatever learning happens now is going to happen by doing it. I just decided to take the leap."

It's at this moment while contemplating the culmination of her professional life that a famished Gerwig first spies her lunch.

"Oh my goodness it's a sammy," she exclaims — a revelation quickly followed by another. "Oh my feet are so dirty from standing outside barefoot."

For Gerwig, it comes naturally that the most earnest inner ambitions can appear, from the outside, a little funny, too.

Gerwig's "Lady Bird" is a loosely autobiographical coming-of-age story about a high-schooler named Christine with the self-proclaimed nickname "Lady Bird" (Saoirse Ronan) who aspires beyond her middle-class Sacramento life. From Roman Catholic school, she dreams of New York or at least "Connecticut or New Hampshire, where writers live in the woods."

The film — richly detailed, shrewdly observed, altogether a beauty — has already found some of the best reviews of the year, placing it among the early awards-season favorites. It boasts numerous revelations — including the performances by Ronan and her fictional mother, Laurie Metcalf — but none more so than this one: Gerwig is an exceptional, fully formed filmmaker, right out of the gate.

"She nailed it in the way that she did because she's incredibly open to people and characters and places," said Ronan, speaking by phone from London. "One of the reasons why she's such a fantastic storyteller is because she's incredibly sincere. Everything that comes out of her, whether it's on the page or when she acts or when she directs, it only comes from the most genuine place."

Why is it that Gerwig, at 34, has made the leap to directing so flawlessly? It could be that she was a writer from the start. Her most recent scripts were "Frances Ha" (2013) and "Mistress America," both co-written with Noah Baumbach, with whom Gerwig has been in a relationship for several years. Even her acting — simultaneously natural and self-aware — has, as Baumbach has said, carried with it something "authorial."

Gerwig is also a proud cinephile. Claire Denis' "Beau Travail" first awakened her to cinema as something more than theater-on-film. "I thought, 'That is its own country,'" she remembers. During production on "Lady Bird," her email was overrun with screen grabs she snapped of relevant films. A sampling of inspirations: the low-key naturalism of Mike Leigh, Agnes Varda's "Cleo From 5 to 7," Eric Rohmer's blocking, Howard Hawks' dialogue ("I make talkies," says Gerwig), "America Graffiti" (shot in nearby Stockton, California), Chantal Akerman's rendering of a woman doing housework in "Jeanne Dielman."

"Plainness with a purpose never gets rewarded the way it should," she said. "Our catchphrase for the way the film looked was: 'Plain and luscious.'"

A short description of "Lady Bird" tends to undersell it. While it has the basic framework of a teenage high-school film, Lady Bird's story — one of the bittersweet thrill of fumbling toward a much-yearned-for future — isn't told in isolation. Her relationship with her mom, an overworked nurse, is strained. The movie's working title was "Mothers and Daughters" — a conflict "as old as the hills," Gerwig sighed. "To me, that was always the central love story of the film.

"The movie is a bit of a Trojan horse, in a way," Gerwig said. "Around the middle, it catches and you kind of realize there's something very aching and sad at the core of it even though it's funny and fast-paced. It's about young people but it's just as much about the other generation. It's about this whole community. It's not just this pinhole of this teenage girl. I've always disliked the coming-of-age title given to it. Every coming-of-age story in life is equally the story about the parent, the person who's letting go. It's secretly as much the mother's movie as much as it's her movie."

After first Skyping, Gerwig first met Ronan at the Toronto Film Festival in 2015 where they did a late-night read-through of the script, with Gerwig reading every character but Lady Bird. She came away so certain that the "Brooklyn" actress was ideal that she delayed the movie a year to fit Ronan's schedule. The meeting, Ronan said, was giddy and giggly.

"It was like two teenage best friends that went away for the summer then got back together again," Ronan said.

Ronan, who has just finished shooting "Mary Queen of Scotts," only recently saw the film, going — despite her general anxiety of seeing anything she stars in — with several best friends.

"We sobbed all the way through," Ronan said. "I was so, so nervous going into it. We had at least two glasses of white wine before we went so we were definitely on the vulnerable side. We were clutching each other one minute and laughing the next."

That's been a common experience at early screenings of "Lady Bird," maybe especially for moms and daughters. When Gerwig was pitching the film, she did so to mainly male producers who sometimes asked, "Do women fight like this?" ''And it was like, 'Oh, do you not have daughters?'" Gerwig said. "Because, yes."

"It's sneaky. I feel that more people have told me, 'I found myself crying' which is different than expecting that you will," she said. "To me, those are always the best cries because they catch you off-guard and you're suddenly weeping and you don't know why. But that's what I feel like a lot of the experience of family is: You're crying and you don't know why. And you're fighting but it's funny."

It goes without saying, but Gerwig plans to direct again. As a filmmaker, she has arrived. Tracy Letts, who plays Lady Bird's father, seemed to capture the general feeling by cheerfully flashing at a festival premiere a T-shirt that read, simply, "Greta Gerwig."

"It felt like it was a really great fit," Gerwig said, "which I guess you don't know until you do it."

Copyright 2017 The Associated Press. All rights reserved. This material may not be published, broadcast, rewritten or redistributed.

Player of the Decade: Vote for Northern Santa Barbara County's First Round

You will pick winners in a head-to-head tournament style contest to determine the area's Player of the Decade. First up is eight nominees from Santa Barbara County, including top seed Toa Taua.