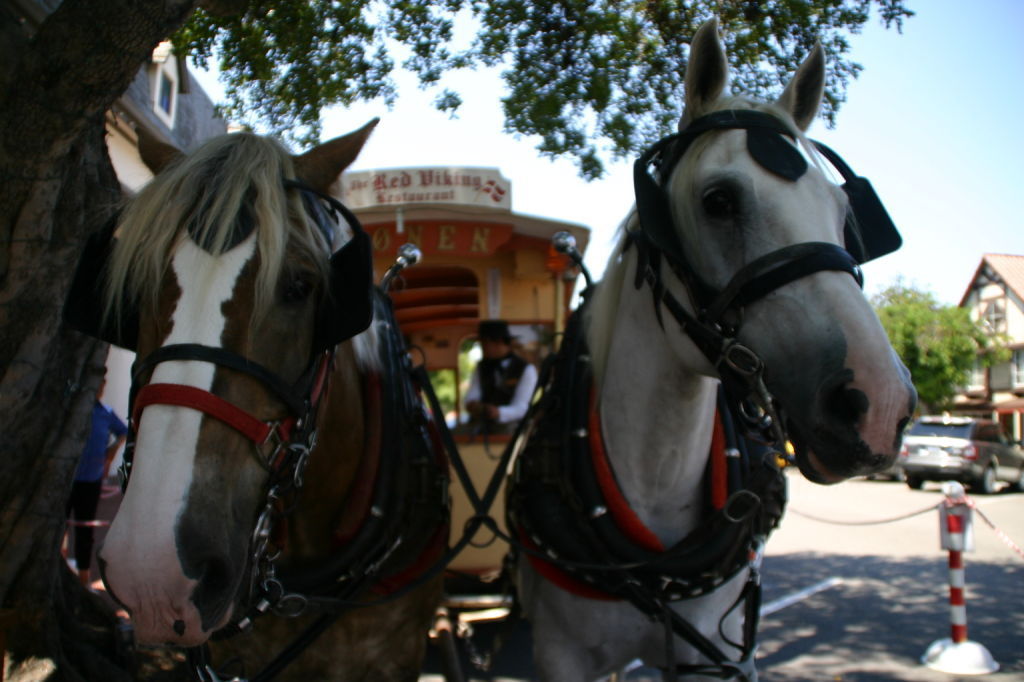 The Solvang Trolley and Carriage Company successfully petitioned changing its drop-off location near Little Mermaid restaurant, which it recently purchased. 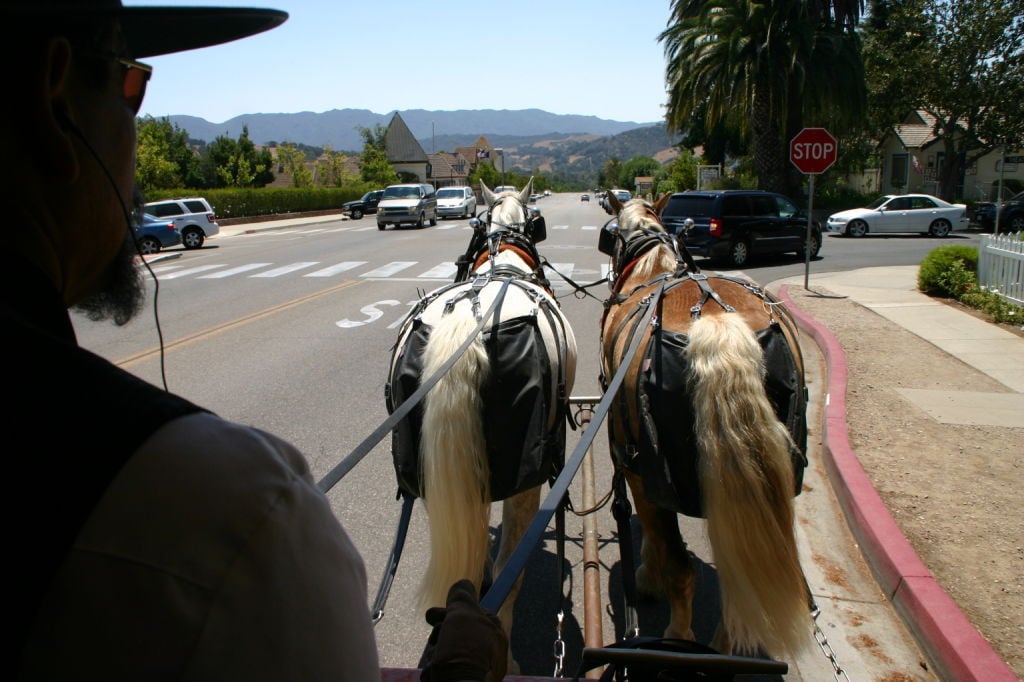 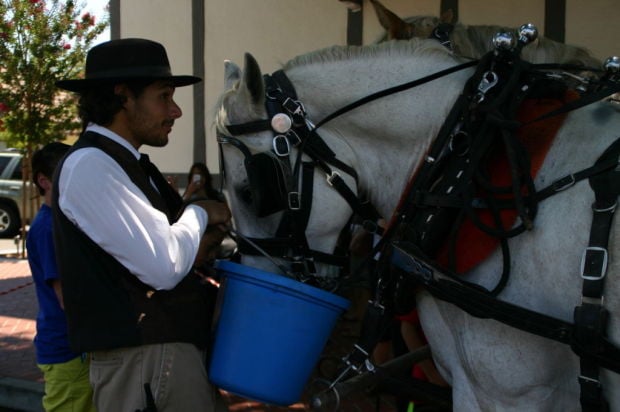 Juanita gets a healthy drink of water from driver Sal Orona, Jr. The horses are offered water between each ride.

The Solvang Trolley and Carriage Company successfully petitioned changing its drop-off location near Little Mermaid restaurant, which it recently purchased.

Juanita gets a healthy drink of water from driver Sal Orona, Jr. The horses are offered water between each ride.

While New York City very publicly wrestles with the issue of horse-drawn carriages in Central Park — sides are drawn about how these animals are cared for — the horses who pull trolleys full of tourists through Solvang seem to have a life every working mare or gelding could envy.

Treated like family by owner Salvador Orona, who operates Solvang Trolley & Carriage Co. with his wife, son and daughter, the six horses (plus a recently retired mare named Rita) live with them on a five-acre ranch in Santa Ynez.

"They each work only three days a week," said Orona. "We run the trolley service Friday through Monday, no more than six hours a day. The horses work in teams and are rotated. They pull for 25 minutes and then rest for at least 10 minutes when they're offered water. So they're only actually pulling about 12 hours a week."

These horses were "bred to work," Orona said. If they weren't being kept busy in some way, "they'd be knocking down fences in the pasture."

The trolleys are on wheels, with rubber tires and bearings, a very different scenario than pulling dead weight, he explained.

These large horses are capable of pulling dead weight of at least three times their own weight and rarely come close to that with the Solvang Trolley.

Orono's son, Sal. Jr., a trolley driver, said jokingly that his father takes better care of the horses than he does his kids.  The horses stop pulling if the temperature goes to 95 degrees, for instance.

"We'll give it about 30 minutes in the shade and see if it goes down, and if it doesn't, we call it a day or perhaps come back in the late afternoon," he said.

At home, the horses are fed twice a day, groomed daily and frequently bathed. Their soft, glossy coats are evidence of their care and their excellent diet. They also wear special shoes, the same ones employed by the NYPD horse force.

"They are rubber, one and a half inches thick," explained Orano. "They protect their hoofs by absorbing the impact from the street or concrete surfaces, and also help absorb the heat."

They're also expensive.  It costs $150 to shod each horse this way, and the shoes last only seven weeks.

The horses all wear horse diapers — yes, that's what they're called — when working. If there is a miss, Orona sends one of his team to clean it up as quickly as possible. They also do a full inspection of their route at the end of the day.

Orono is a member of the American Association of Equine Veterinary Technicians and is always on the lookout for any problems.  "I want my horses happy and healthy," he said, smiling.

The city of Solvang's "horse drawn conveyance license" requires an annual physical for each of the horses pulling the trolleys through its streets, said City Manager Brad Vidro.

"There was a time in the past when we'd have issues with some of the companies running trolleys but since Sal took over, everything has been great," he said.

That doesn't mean Vidro doesn't occasionally hear from constituents who don't think horses shouldn't be used in this manner, or might have a specific concern to voice, like spotting a broken shoe.

Orono sometimes hears similar concerns, and he is happy, he said "to educate the public on these working animals and how we care for them."

Horse drawn trolleys are part of the history of Solvang, and one of Orona's vehicles, called The Honen, has been in use since Axel Nielsen introduced it in 1964.