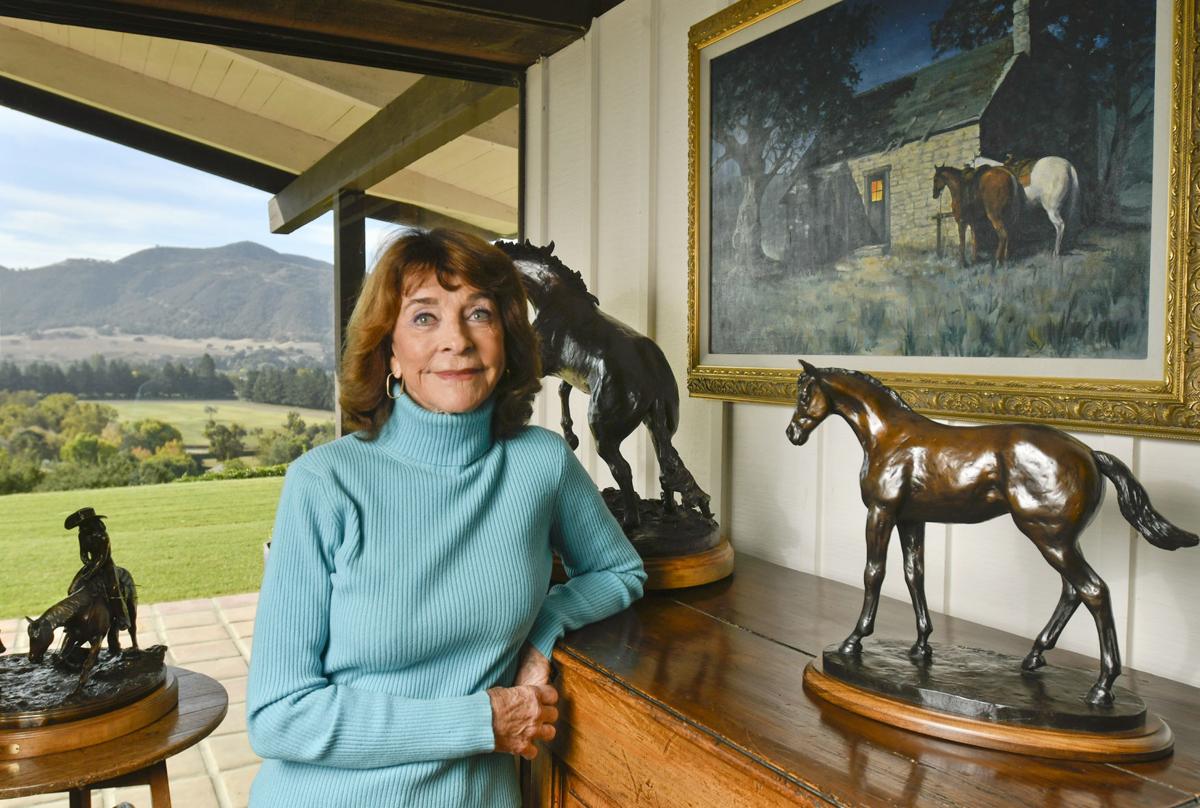 In a photo take a few years ago, Pat Roberts is surrounded by some of her bronze sculptures at the family's famed Flag Is Up Farms. 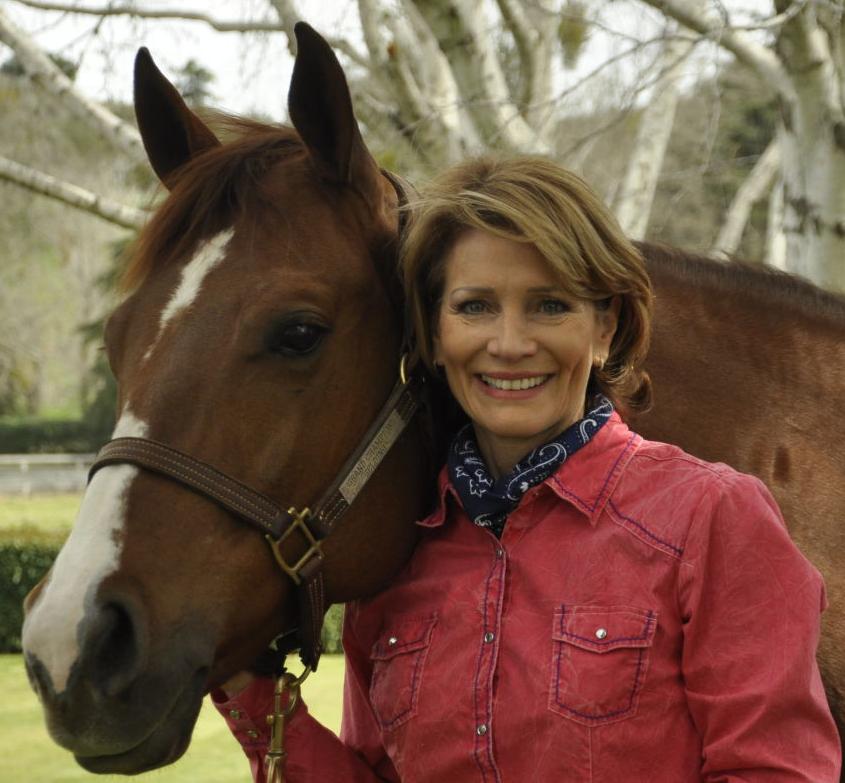 Debbie Loucks with the family's horse, Bunny, which is short for "Steel Buns."

Still busy participating in open competitions into her eighth decade of life, there is little doubt that Pat Roberts will continue to compete and win trophies.

Despite being out of the competition world for 50 years, Pat buckled down and achieved an amazing 2019 competition record with “Blackie”, a horse with multigenerational value.

A few years back, Pat found herself with two homebred horses that exhibited world class Western Reined Cow Horse abilities. She decided to pick up the saddle again and begin to learn a discipline in which she had never before competed.

She started with a mare called My Diamond Lena, and found the partnership and the sport a lot of fun.

"In my eighth decade I am still riding, working cattle, reining and just riding out through the hills. There is hardly a time when I feel better or happier within myself than when I am riding. I suppose I could be injured tomorrow, but if I am I will know that at least I worked very hard to minimize the chance of that." ~Monty Roberts

Another homebred gelding named Steel Buns needed exercise too, so she began to compete in both reining and cow classes.

About this time, Black Design was born to Pat’s mare called Tesigner Jeans, who was not only responsible for Black Design, but also Steel Buns.

Further, this mare was the dam of Nice Chrome, Monty’s champion Reined Cow horse who has been featured on many horse training videos.

When Black Design was deemed by Ralls as trained and ready to compete, as they say, the student was ready.

While both Ralls and Monty had their doubts that Pat was ready for the power and athleticism of Black Design, Pat had no doubts.

A young Priscilla Presley enjoyed the horses pastured nearby at the Bergstrom Air Force Base in Texas where her father worked as she was growing up. She loved the horses and spent time caring for them, grooming and interacting with the small herd. Their presence caused her to feel safe, calm and connected.

In late September 2019, Pat traveled to Reno, Nevada for the Reno Snaffle Bit Futurity and Horse Show where she was entered in the Non-Pro Limited Open Class and the 5K Non-Pro Limited class. The procedures for showing in these classes compose of completing a prescribed reining pattern and then boxing a cow for 50 seconds.

In the Non-Pro Limited Open class, Pat was a half-point behind the first-place winner of the class. However, in the 5K Non-Pro Limited she placed first to win the class and bring home a beautiful silver and gold buckle.

But the success of Black Design doesn't stop there. It goes back generations — over 50 years.

In 1963, Pat competed on Black Design’s great-grandmother, a beautiful Quarter Horse named Julia’s Doll, who she showed successfully prior to sending her to the breeding shed.

During their campaign, Julia’s Doll achieved the American Quarter Horse Association’s champion title, winning in both riding competition and conformation classes. This outstanding mare won many grand champion awards during her career in the show ring.

Pat then happily retired from competing in the show ring to raise a family and to begin a small breeding program while she and husband, Monty Roberts, ran an international Thoroughbred Racing program at their Flag Is Up Farms in Solvang.

For the next 50 years, Pat expanded her interests to art, becoming especially renowned for her bronze horse sculptures.

Adding to the celebrated genealogy, Pat flew to Ft. Worth, Texas in September to receive an award for Johnny Tivio. He was honored and inducted into the NRCHA Cow Horse Hall of Fame.

Johnny Tivio was truly a great horse that competed in all events possible. He was shown in reining, cutting, working cow horse, roping (heading and heeling), pleasure and was undefeated in the Western riding competition.

In November, Pat was informed that she was nominated, along with her longtime friend, JoAnn Jones of Morro Bay, for an award for their contributions to the world of rodeo.

Both were given the ‘Who’s Who of the Western World,’ NOTABLE LADIES OF THE WEST, gold and silver medallions at the World of Rodeo Reunion at the Orleans Hotel in Las Vegas on Dec. 13.

In mid-December, Pat received notice that her horse, Black Design, had qualified for the National Reined Cow Horse Association’s World Championship show to be held in Ft. Worth, Texas in mid-February. Black Design qualified in both the Open Non-Pro Limited and the 5K Non-Pro Limited classes.

Pat says she is undecided whether she and Black Design will make the trek to Ft. Worth, Texas, but she has plans to enter as many classes as she can in the year 2020.

Debbie Roberts Loucks grew up on Flag Is Up Farms in Solvang. She is the daughter of Monty and Pat Roberts. You can follow her on her popular podcast Horsemanship Radio.

In a photo take a few years ago, Pat Roberts is surrounded by some of her bronze sculptures at the family's famed Flag Is Up Farms.

Debbie Loucks with the family's horse, Bunny, which is short for "Steel Buns."