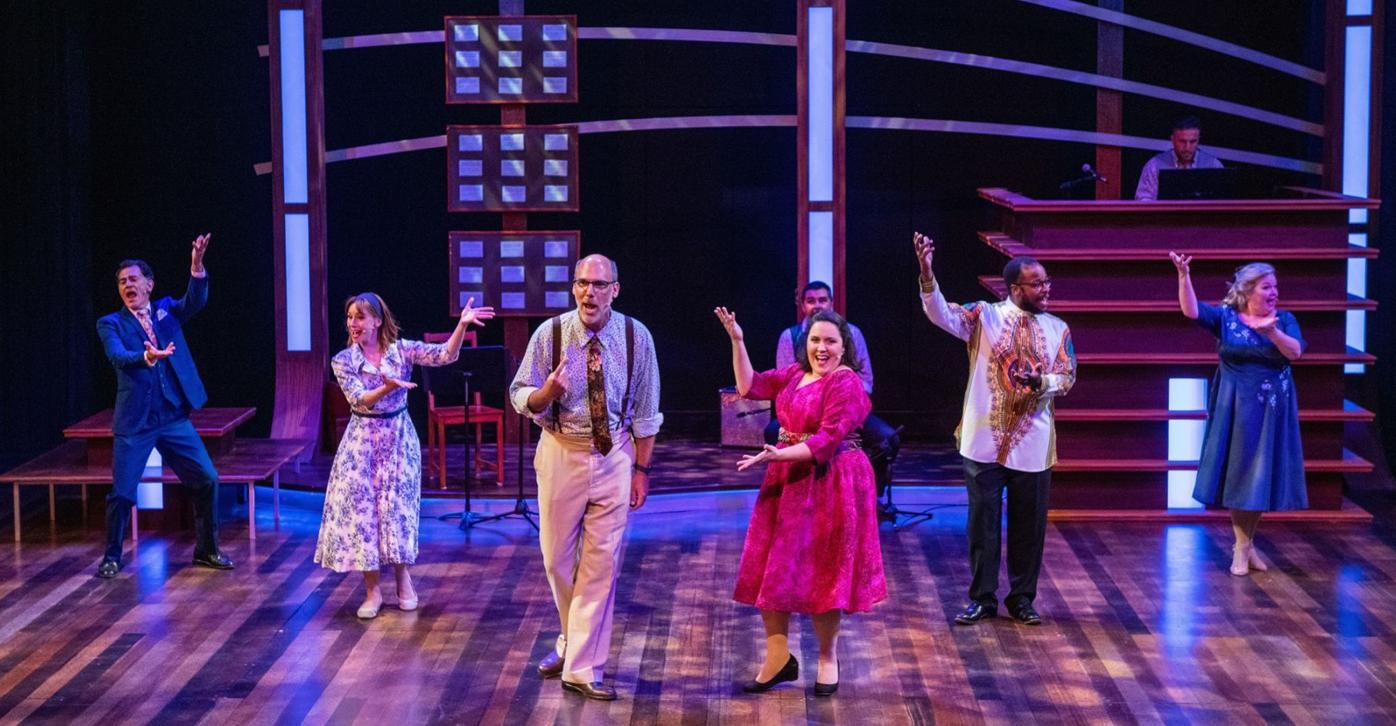 Cast members perform at the July 21 opening night of "Together: A Musical Journey" on the Solvang Festival Theater's outdoor stage. 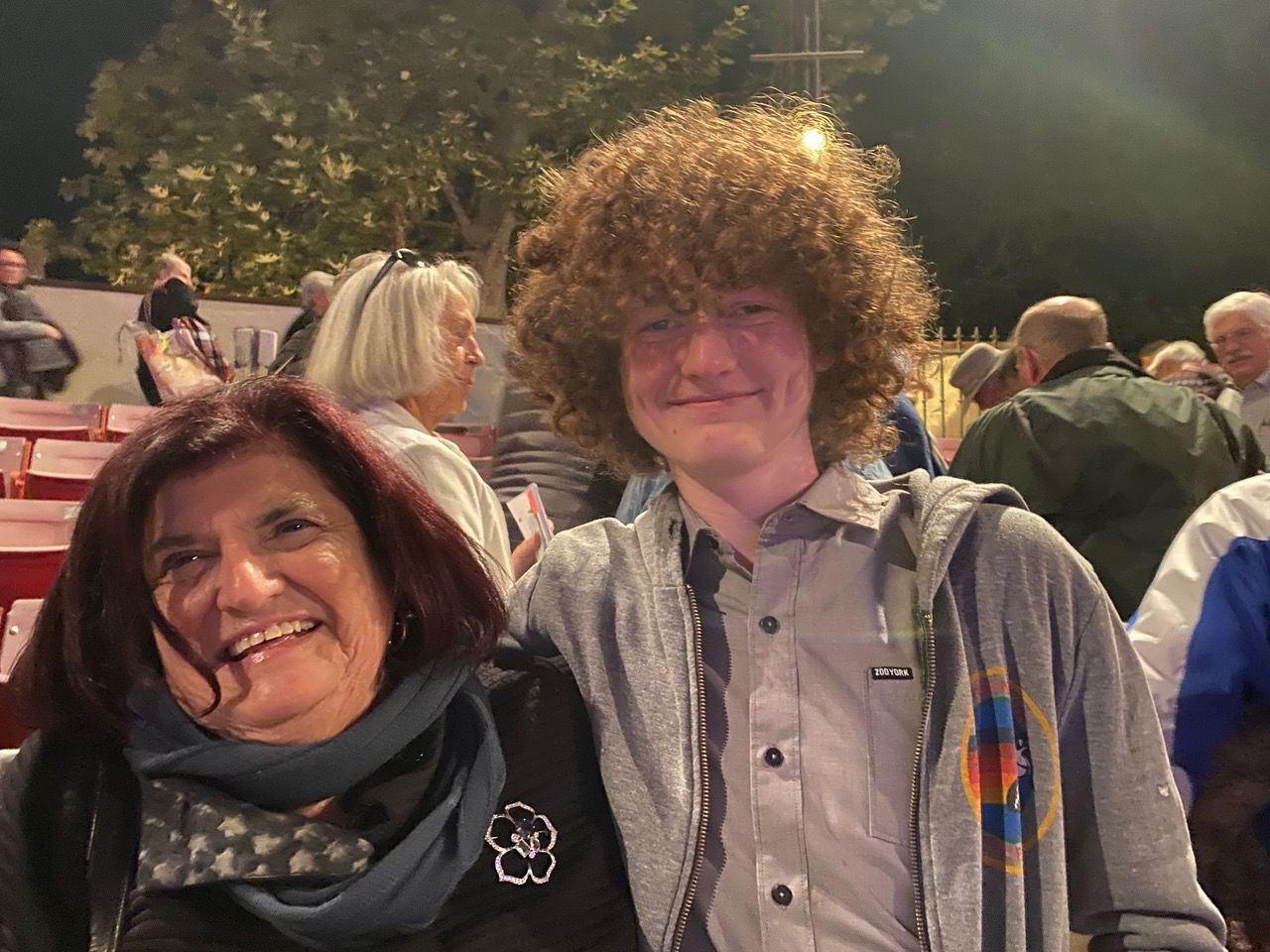 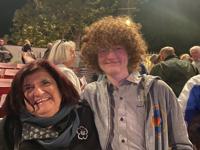 Elayne Klasson and her grandson attend the PCPA performance "Together: A Musical Journey" at Solvang’s Festival Theater on opening night.

Cast members perform at the July 21 opening night of "Together: A Musical Journey" on the Solvang Festival Theater's outdoor stage.

Elayne Klasson and her grandson attend the PCPA performance "Together: A Musical Journey" at Solvang’s Festival Theater on opening night.

"Together: A Musical Journey" is a new in-person concert event being performed at Solvang’s Festival Theater by PCPA. Opening on July 21 and running until Aug. 7, the show is a welcome return to live theater in the Santa Ynez Valley.

The author of the show, Erik Stein, writes in his introductory notes that he believes people in the same room, sharing an experience together, is essential to life. I couldn’t agree more. There is so much we’ve lost during this difficult period of the pandemic. And, human connectiveness is among the most painful of these. I am a live theater super fan. The experience of laughing, crying, and feeling intense emotions with others is truly magical. I have missed this since we went into quarantine in early 2020.

So, welcome back, PCPA!

Seeing the show in Solvang’s lovely outdoor theater on a balmy July Friday night was terrific. It was made more so because I was joined by my 15-year-old grandson. My young grandson is a passionate theater lover just like his grandmother. It’s a thrill to find an activity one can share with grandchildren. When asked to review "Together," I knew I had the perfect person to accompany me.

This 15-year-old participates in musical performance at his school in Los Angeles and also sings in a neighborhood young people’s chorus. He can rattle off the names of musical shows he’s seen as well as sing various songs from their scores. When he asked me what this show was going to be about, I told him I believed it was a compilation of music from Broadway and popular music, selected around the theme of people coming together again.

He nodded and said, “sounds cool.”

The show consists of seven singers performing songs that segue into each other. They were not just singing, but the performers danced throughout and engaged with each other and the audience. Stein worked with Michael Wilkins in choosing and arranging music — much of it familiar. I spent moments wondering about individual pieces: What’s that song from? Perhaps a more comprehensive program with that information could have been available.

At the performance, you scanned your phone onto a barcode and the digital program for the show was downloaded. I was glad I had a 15-year-old with me; he figured out how to do this immediately.

On the night we saw the show, one of the performers was not well (a non-COVID-related illness, we were told) and so the director of the show, Katie Fuchs-Wackowski, stepped in. She had a credible voice and an obviously great rapport with the regular performers. We were mightily impressed with how comfortably she moved in and out of numbers. In fact, that’s one of the strengths of this show.

Two complimentary tickets are being offered to first responders to gain entrance to the PCPA's opening show "Together: A Musical Journey," on Wednesday, July 21.

Despite music coming from so many sources and styles, the transitions were seamless and fun. Both my grandson and I recognized tunes from our respective favorite Broadway shows. For me, when “Being Alive” from Stephen Sondheim’s show, "Company," was sung, I was transported. For my grandson, hearing “You Will Be Found” from his favorite Broadway show, "Dear Evan Hansen," was a thrill.

The singers, many of whom also played instruments (guitar, piano, cello) while vocally performing, were terrific. Shout-outs to this versatile cast: Kitty Balay, Andrew Philpot, Yusef Seevers, Stein, Emily Trask and George Walker. All were charming and allowed us to feel the joy between performer and audience — together again once more. Costume designer Eddy Barrows provided the cast with floral-themed costumes, which worked together with a subtle unity.

The show moved forward with the cast and director sharing questions and responses, which had been collected through the pandemic and up until the actual night of the show. Among the questions asked of respondents was: “What makes your heart sing?” Many respondents answered that music generates pleasure of a very particular kind. And, this show, "Together: A Magical Journey," clearly made the audience’s hearts sing. Telling stories and making music make for community.

It was even suggested by one of the players that sitting together as we were, our hearts might beat together as one. I don’t know about the science of that, but when I left the theater with my grandson, our hearts were certainly happily beating and, along with the other theatergoers at the Festival Theater, we had broad smiles on our faces.

For more than 27 years — minus a three-year hiatus — Craig Shafer has been the “voice of PCPA.” But come July 30, Shafer will figuratively pac…

The PCPA Foundation recently welcomed Jim Bray as board president and member Shawnah Van Gronigen during the July board meeting.

The Solvang Theaterfest has appointed local residents David Silva and Kelly Barbieri Reaves to serve on its board of directors.

Elayne Klasson can be reached at elayneklasson@gmail.com.

PCPA cast members took the Solvang Festival Theater stage for the opening night of "Together: A Musical Journey" on July 21, after more than a…