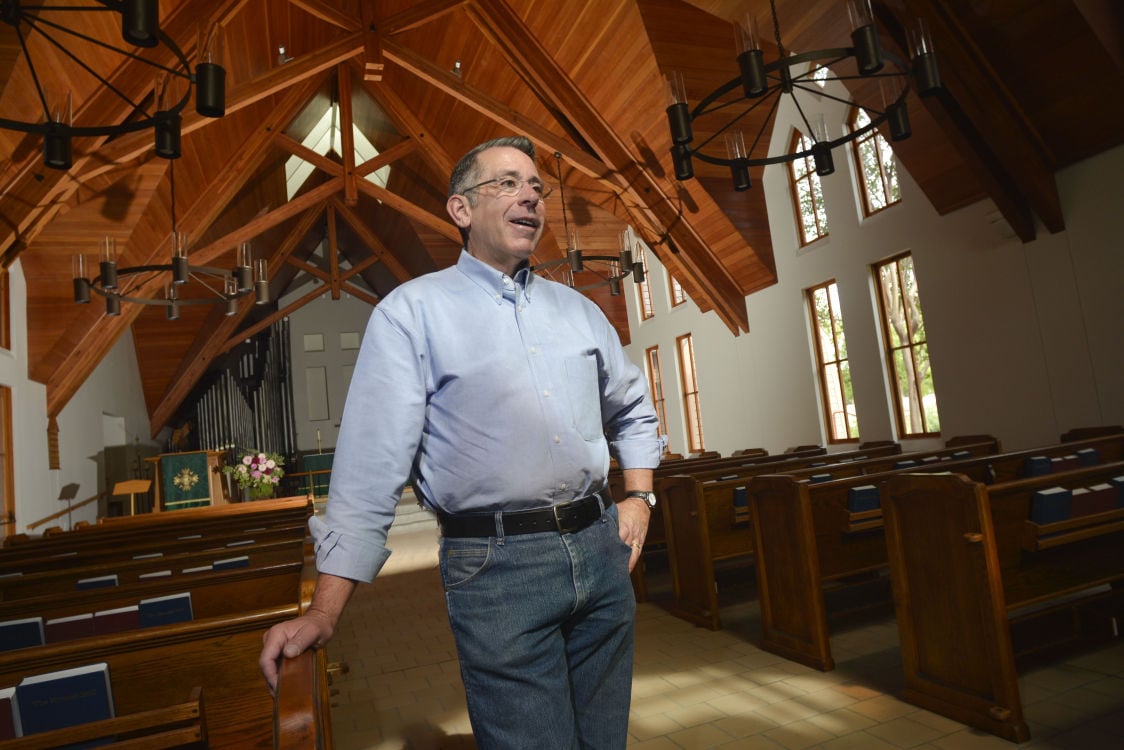 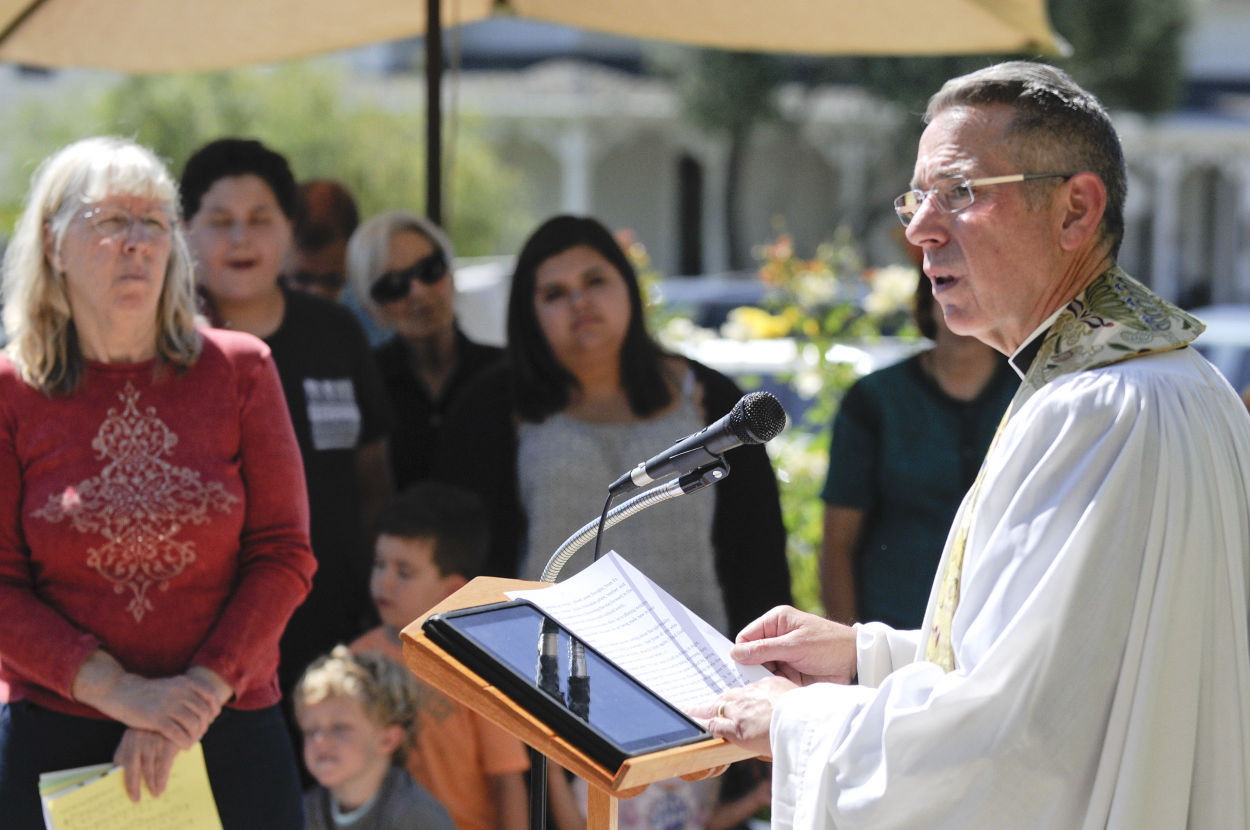 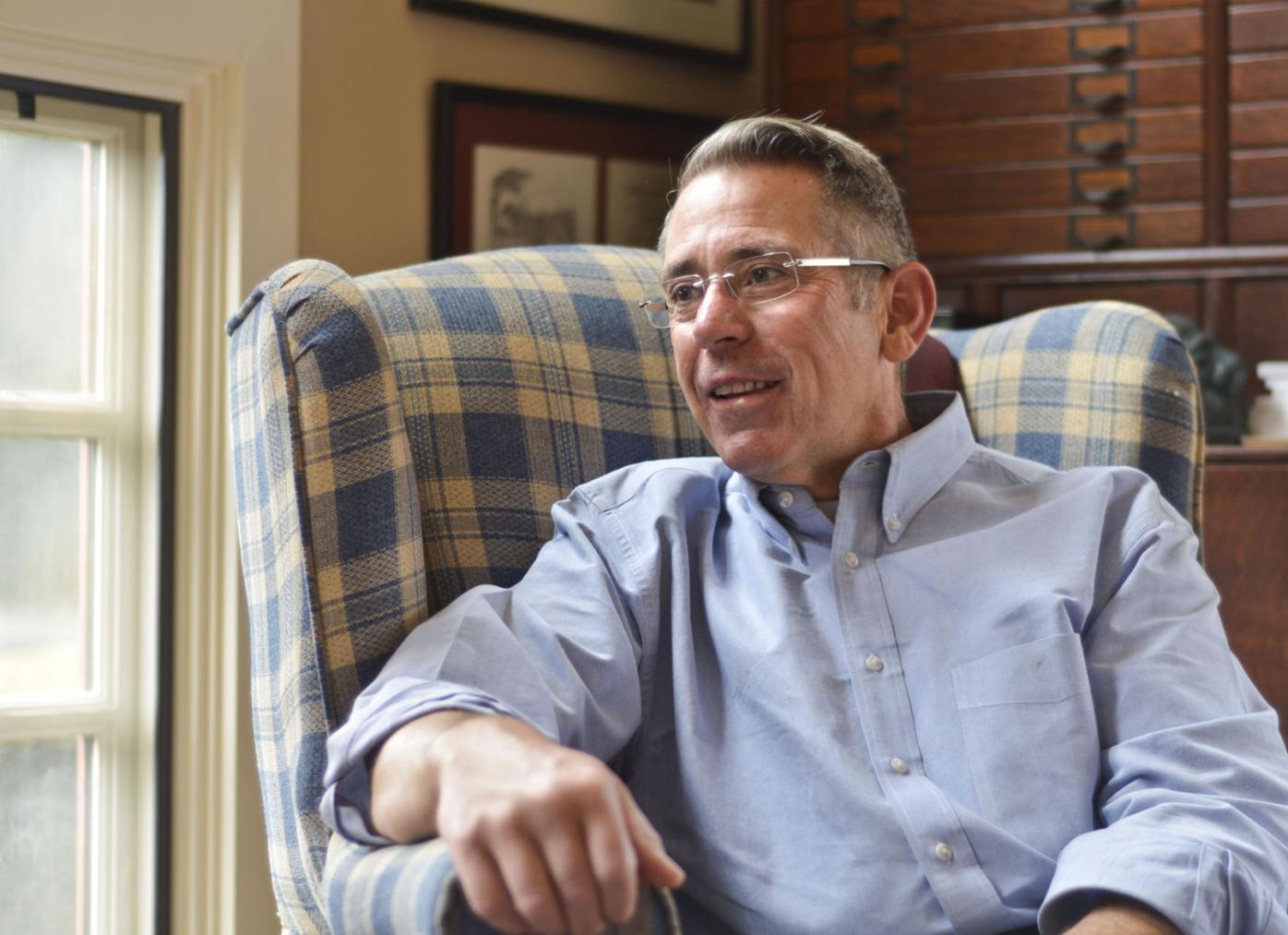 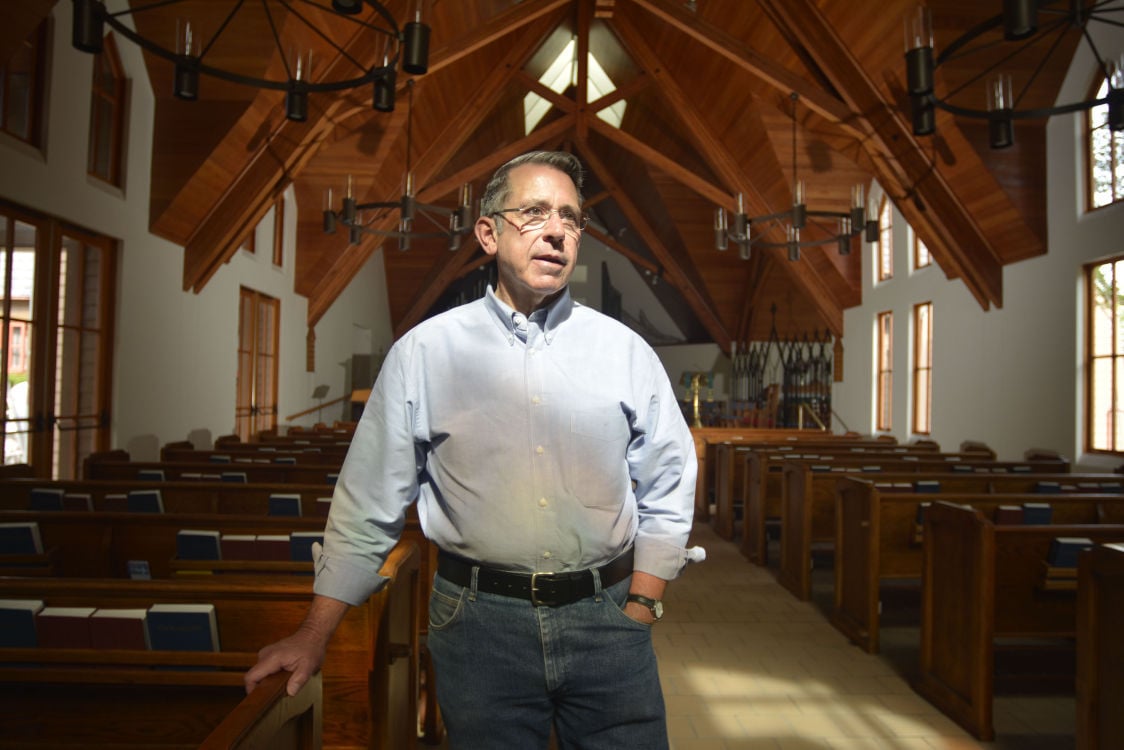 is celebrating 30 years as a priest and seven years at St. Mark’s-in-the-Valley Episcopal Church in Los Olivos. 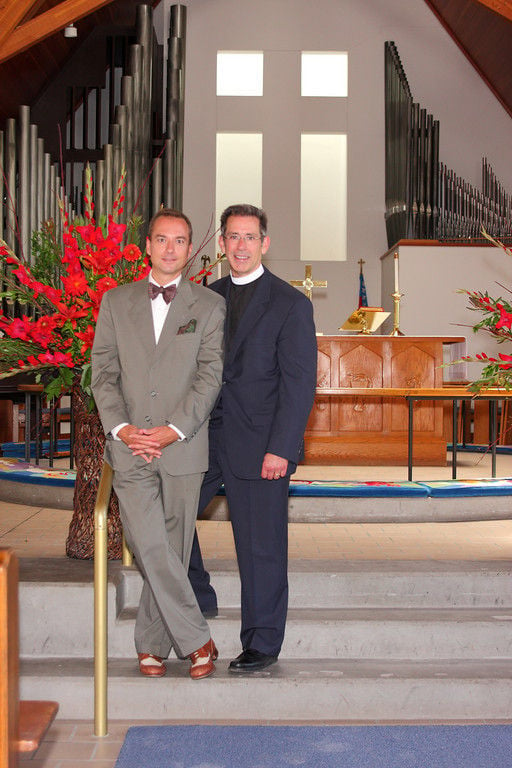 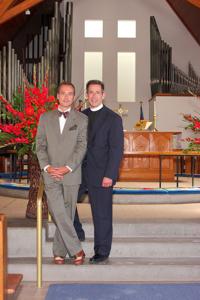 and his husband, Bill Hurbaugh, at his Institution ceremony at St. Mark’s.

is celebrating 30 years as a priest and seven years at St. Mark’s-in-the-Valley Episcopal Church in Los Olivos.

and his husband, Bill Hurbaugh, at his Institution ceremony at St. Mark’s.

The Rev. Dr. Randall Day is beloved by his parishioners at St. Mark's in-the-Valley Episcopal Church in Los Olivos, and valued by the boards of several nonprofit organizations throughout the Santa Ynez Valley.

"Randall is a compassionate, thoughtful leader. He's a mentor and friend to many, both within the parish and throughout the Santa Ynez Valley," said Hayley Firestone Jessup, whose family is actively involved with St. Mark's. "He is simply the best at what he does."

On June 15, Day celebrated 30 years in the Anglican ministry. It's been a time of significant transition for the Episcopal church and Christianity in general, says Day, who has been the rector at St. Mark's since October 2008.

"In those 30 years, the curtain has fallen on the era of Christianity as the growth religion," he said. "That era where you could basically coast on your cultural identity is over. No more coasting. You are either connected to your community in servicing the real needs of real people or you're going to be gone and your building will end up a condo or restaurant or a theater."

It's that sort of blunt but practical talk that has helped Day turn St. Mark's into the community center it has become. It's meeting space is used by numerous nonprofits. The Santa Ynez Valley Jewish Community holds its services there.

There are an estimated 20 concerts a year in the church itself and probably the same number of fundraisers hosted by small nonprofits in its courtyard. The grounds have free Wi-Fi, public restrooms and fresh drinking water available to anyone.

"You just need to have the impulse to say 'yes' and not 'no.' If you are basically thinking, 'how can we make this work?' we'll figure it out," Day explained. "We have three incredible buildings that are paid for. The electricity and the water are always on. So whether we have five people here or 500 our costs are essentially the same. It's a matter of Christian stewardship: how you use what you have."

Born and raised in the Midwest, Day always knew he was destined to become a preacher.

"When other kids were saying I want to be a movie actor or a policeman or a lawyer, I was the one who wanted to be a minister," he said.

After getting his B.A. in English literature, working as a backpacking guide for the Boy Scouts and running a fishing camp in Alaska, he enrolled in the seminary. Three years later, on his 30th birthday, he graduated. He was ordained a month later in 1985.

Assignments in Illinois, Washington, D.C. and New Jersey followed. Then an inquiry came from St. Mark's. He was very much on the fence about making the move from the culturally diverse Teaneck, New Jersey, right across the George Washington Bridge from New York City, to Los Olivos.  "I was originally told it was in the Los Angeles diocese but not in Los Angeles, in a rural area but not really rural," Day said with a laugh.

The search committee from St. Mark's vetted 27 names, and ultimately offered Day the position. It was a unanimous decision by the committee. What made that quite remarkable at the time is that Day is openly gay and was in a long-term committed relationship. He and Bill Hurbaugh have now been together nearly 24 years.

"There was no push back from the search committee about my being openly gay in a relationship," he recalled. A group from the committee happened to be in New York early in the search process and asked to meet him. "Bill and I did a brunch for them at the rectory, and then they were going into the city. It happened to be Pride Day with the parade going on. They were going to see every permutation of gay, lesbian and transgender life in that parade. I thought for sure this would queer the deal."

As it turned out, whatever the Los Olivos contingent may have seen that day didn't matter. They wanted Day as their new pastor.

"I think the people here surprised themselves with being so open to an openly gay priest. They were saying, 'we're just looking for the best person, the right priest'."

In the years since then, Day's sexuality has become a non-issue, as he and his husband — they wed March 18, 2012 — became part of the fabric of the Valley. In addition to his responsibilities at St. Mark's, Day serves on the boards of the Santa Ynez Valley Foundation and the Santa Ynez Valley Cottage Hospital Foundation. He's a member of the Los Olivos Chamber. Hurbaugh is on the boards of Solvang Theaterfest, PCPA and Arts Outreach. He and Day are both active with the Pacific Pride Foundation.

The couple make their home in St. Mark's rectory. It's a house located two blocks from the church in Los Olivos.

"For being viewed, at least superficially, as a non-traditional couple, he's a real classic clergy spouse," Day said of Hurbaugh.

Ironically, on the Day the blue jeans-clad Day spoke with the Valley News in his office at St. Mark's, the Episcopal Church voted to approve same sex religious weddings with new liturgies being adopted to make the ceremonies gender neutral. Priests aren't required to officiate at such ceremonies, however.

"I can accept or refuse to officiate any wedding," he explained. "I could say, 'no, I'm not going to officiate at your sixth wedding,' though I probably would," he chuckled. It all goes back to his philosophy that churches need to be inclusive not exclusive.

Day has a simple way of looking at what his or any other church in doing in 2015. "Would it pass the mall test? If you ran what we're doing or what I'm saying in my sermon by someone at a mall, would they know and relate to what I'm talking about? If we're doing things that are icky and scary, we're doing something wrong."

St. Mark's prides itself in saying the church is open to people of all faiths or no faith at all.

"I'm opposed to the notion of a church as a private club. A church is a public not private institution," Day said. "We call it spacious Christianity."