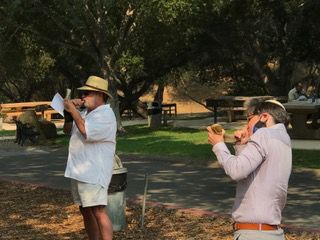 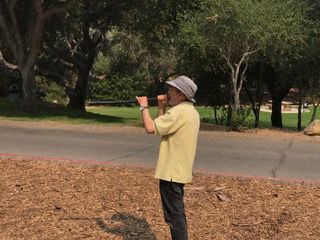 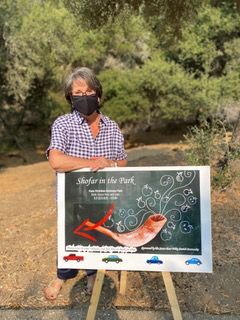 The Santa Ynez Valley Jewish Community assembled at Hans Christian Andersen Park on Friday morning to usher in the new Hebrew month of Elul, a special season celebrated by many around the world with ancient Jewish ritual.

The event symbolizes the coming of Rosh Hashanah on Sept. 18 and Yom Kippur on Sept. 28, the holiest time of year for those of the Jewish religion.

Rosh Hashanah celebrates the Jewish new year and commemorates the creation of the world, beginning with 10 days of repentance and self-examination, a spokeswoman for the Jewish community said.

The spokeswoman said that approximately 35 members attended the event despite the uncustomary warm weather.

The Santa Ynez Valley Jewish Community has announced the appointment of new religious leader Ravi Deborah Lewis to preside over the Valley parish starting in August.

"Members were so delighted to see one another, most separated for months by the pandemic, that the event took on special joy and significance," she said, adding that social distancing protocol was practiced to ensure the safety of its members.

Jewish High Holiday services in the Santa Ynez Valley will be held virtually on Zoom.

A small group of counter-protesters lining the opposite side of Mission Drive flew large American flags and shouted "U.S.A.! U.S.A!", demanding protesters tell the truth about the history of the late Father Serra.

August 28 recap: Solvang news you may have missed this week