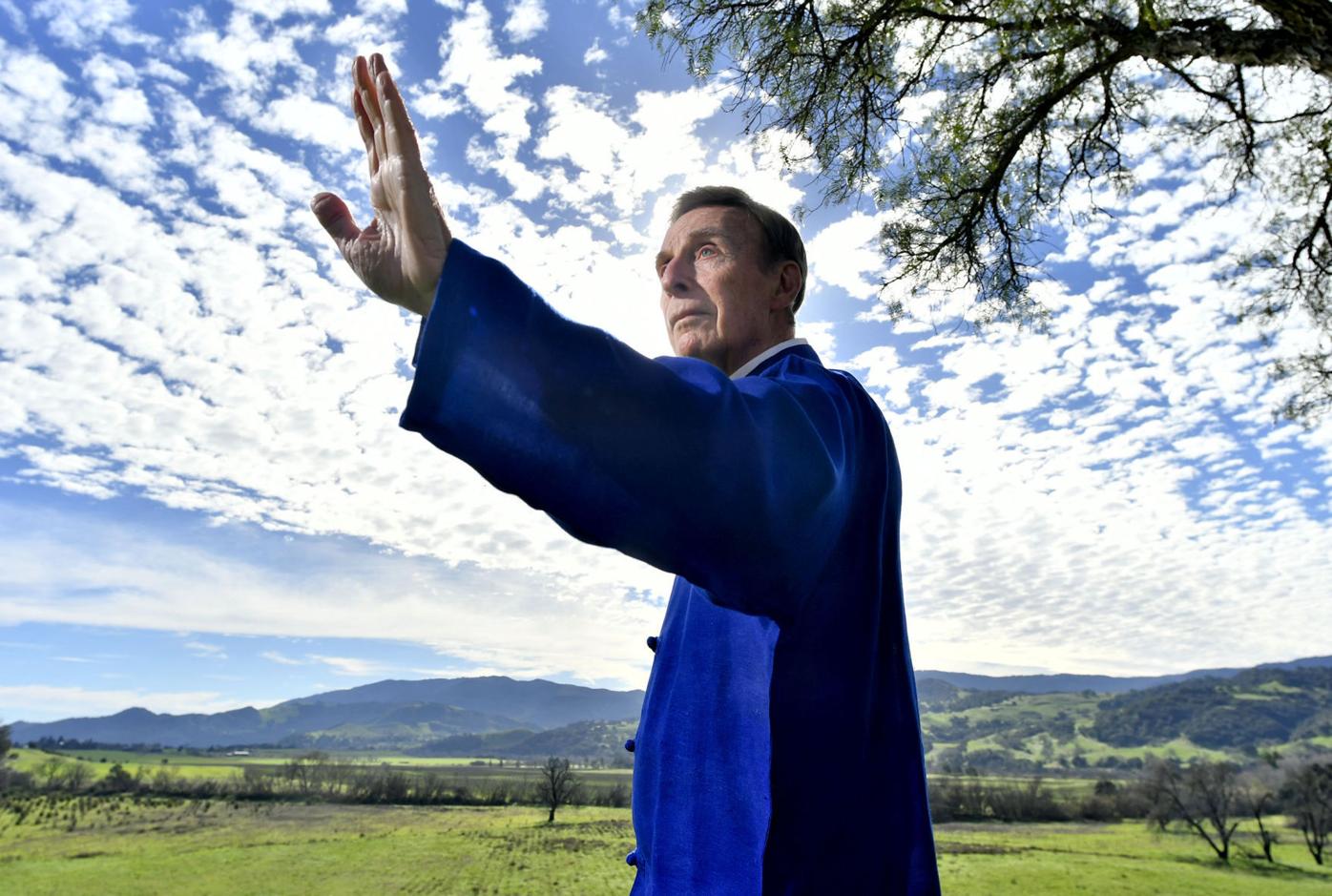 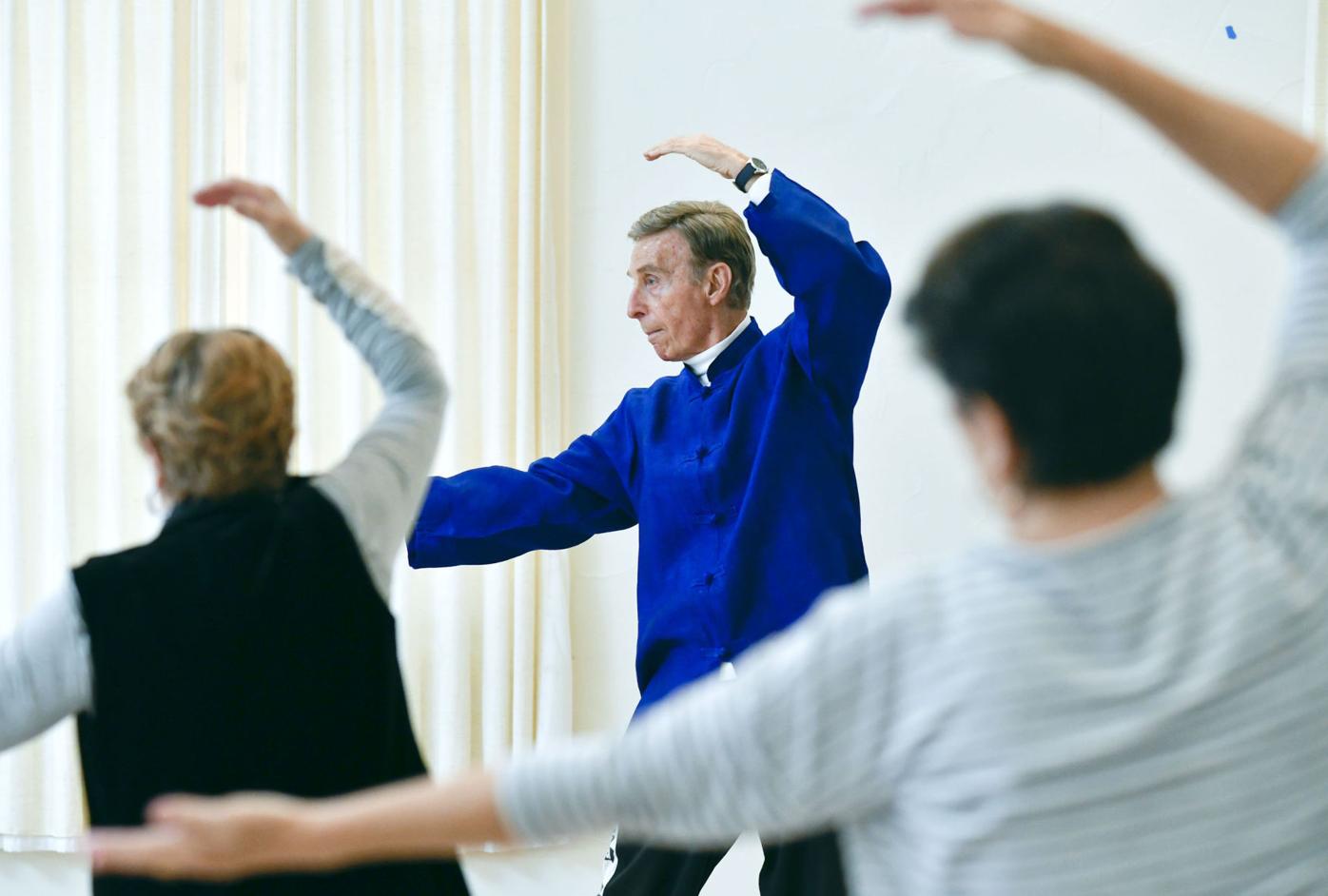 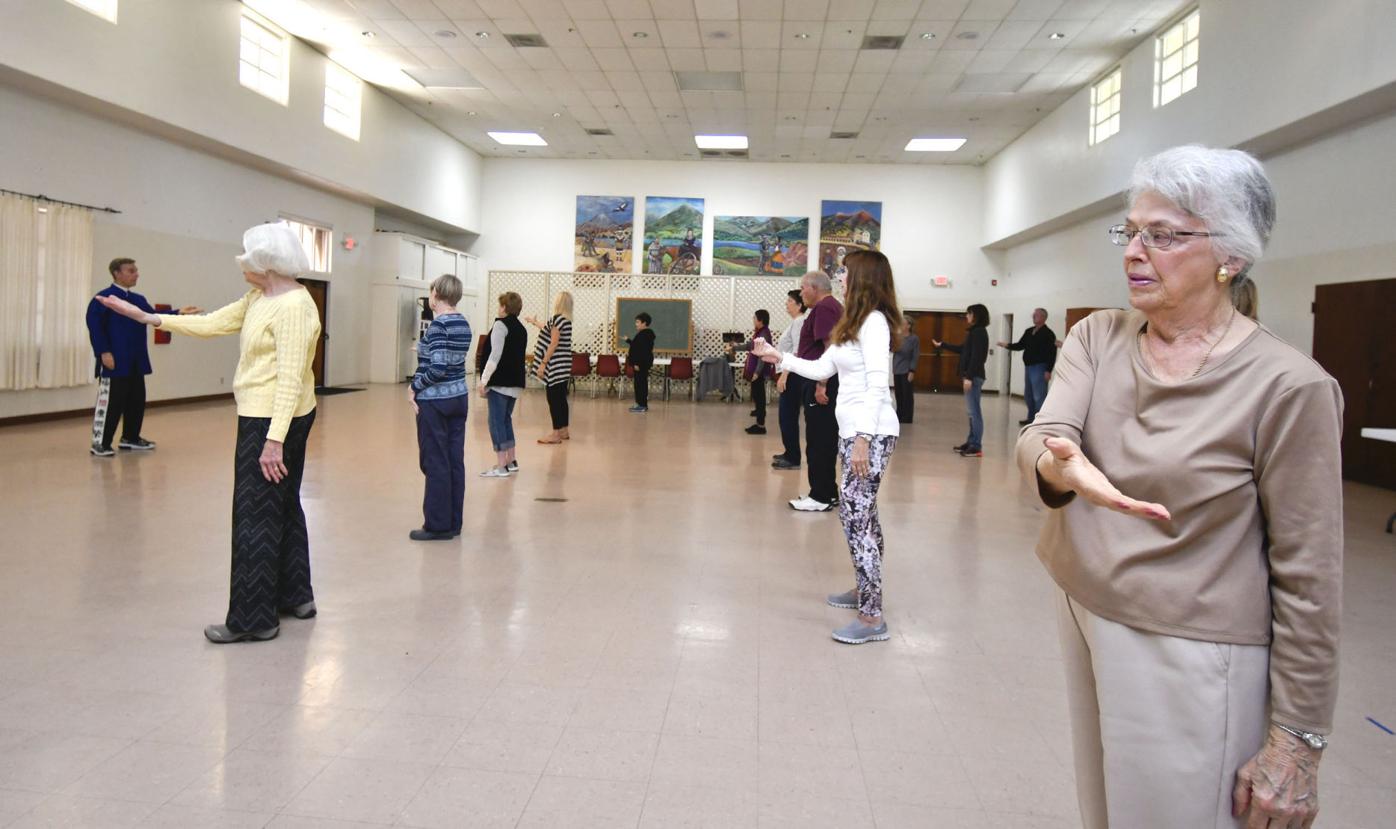 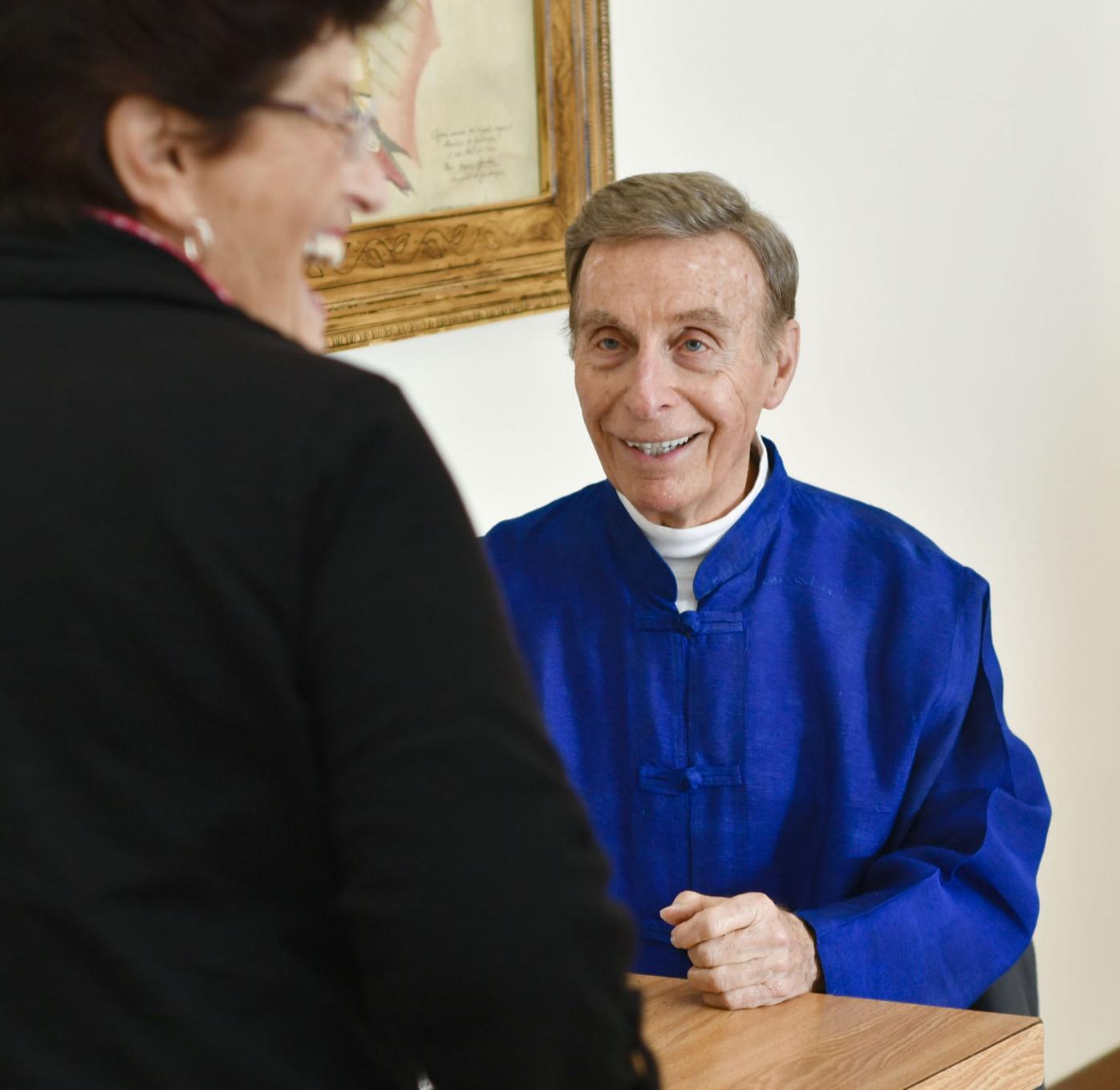 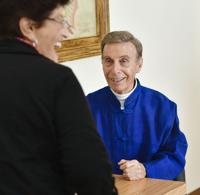 Don Fiore welcomes a student to one of the several tai chi classes he teaches.

Don Fiore welcomes a student to one of the several tai chi classes he teaches.

Don Fiore has become the Santa Ynez Valley's go-to instructor for tai chi. Developed centuries ago in China as a means of self-defense, tai chi has evolved into a gentle and graceful form of exercise recognized for its value in reducing stress and according to no less an authority than the Harvard Medical School, improving balance and muscle strength.

In just 18 months living in the Valley, Fiore has built up an impressive schedule of tai chi classes, the largest at Old Mission Santa Ines, which draws 20 to 30 participants each week. He also works with Santa Ynez Valley Cottage Hospital employees during their lunch breaks, seniors at Atterdag Village and anyone who is interested at Buellton Rec and Bethania Lutheran Church. On March 4, he is holding a whole day workshop at the mission. On April 29, in conjunction with World Tai Chi Day, he's leading a free two-hour session, also at the mission.

Fiore taught tai chi for 26 years in Phoenix, Arizona, before moving to Solvang in 2015 with his wife, Tori. They had discovered the area during visits to his brother, Jerry Fiore, who owns Sogno Del Fiore vineyard and wedding venue in Santa Ynez.

"After a visit early in 2015, my wife and I so wanted to get away from the stress, traffic and summer heat of Phoenix, we decided we should move here," he said. "It was a great decision. We love the sense of community here."

Fiore, a Marine Corps veteran, arrived in the Valley with an impressive resume as a tai chi instructor. He was working as the general manager of a real estate company when he was first introduced to the art and became interested in its stress-reduction capabilities.

"I took weekly private classes from a great instructor, the late Joy Barber. I became so calm and relaxed, there were people I worked with who thought I was on drugs," Fiore laughed.  "It was Joy who talked me into becoming a teacher." In all, over the years, he studied with a dozen different tai chi masters.

So highly regarded in his approach, Fiore taught at the University of Arizona's Center for Integrative Medicine, founded by Dr. Andrew Weil, and at the Muhammad Ali Parkinson Center at Barrow Neurological Institute at St. Joseph's Hospital & Medical Center, also in Phoenix.

Fiore is qualified to teach all five different styles of tai chi, he said, but concentrates on what he called an "easy form" for his local classes.

"It's easy in its positions and in its movements."

That's best, he explained, because most people attend because of stress and to deal with general aches and pains.

"You may lose weight, too," Fiore said, a claim that's supported by numerous medical organizations that estimate a 150-pound person burns approximately 300 calories in 60 minutes of tai chi.

With certifications in acupressure and kinesiology from the nonprofit Touch for Health Association, Fiore takes a whole person approach with his students, making sure they drink plenty of water during classes and sharing nutritional information on the value of green tea.

He also offers encouragement to tai chi beginners and novices.

"I don't let anyone feel embarrassed in my classes. Beginners will pick it up fast enough," he said.

"This is not an ego trip for me," Fiore added. "This is my mission. I want everyone to feel better about themselves and be happy. We have to take care of ourselves. Your health is your wealth."

When I was very sick, I needed something to help me with the stress and anxiety that stemmed from the illness. I hated yoga. No offense yogis. And I looked up Tai Chi on youtube, and I found Don Fiori, After doing one video of his, I realized how much I love Tai Chi, I bought his videos, and I learned everything by heart, and I've been doing it every day ever since. It helped me a lot, it helped me heal, and fine peace. You say to yourself, how could this possibly change my life? And let me tell you, you don't know until you try it. Thank you Don and Tori for everything. God bless.