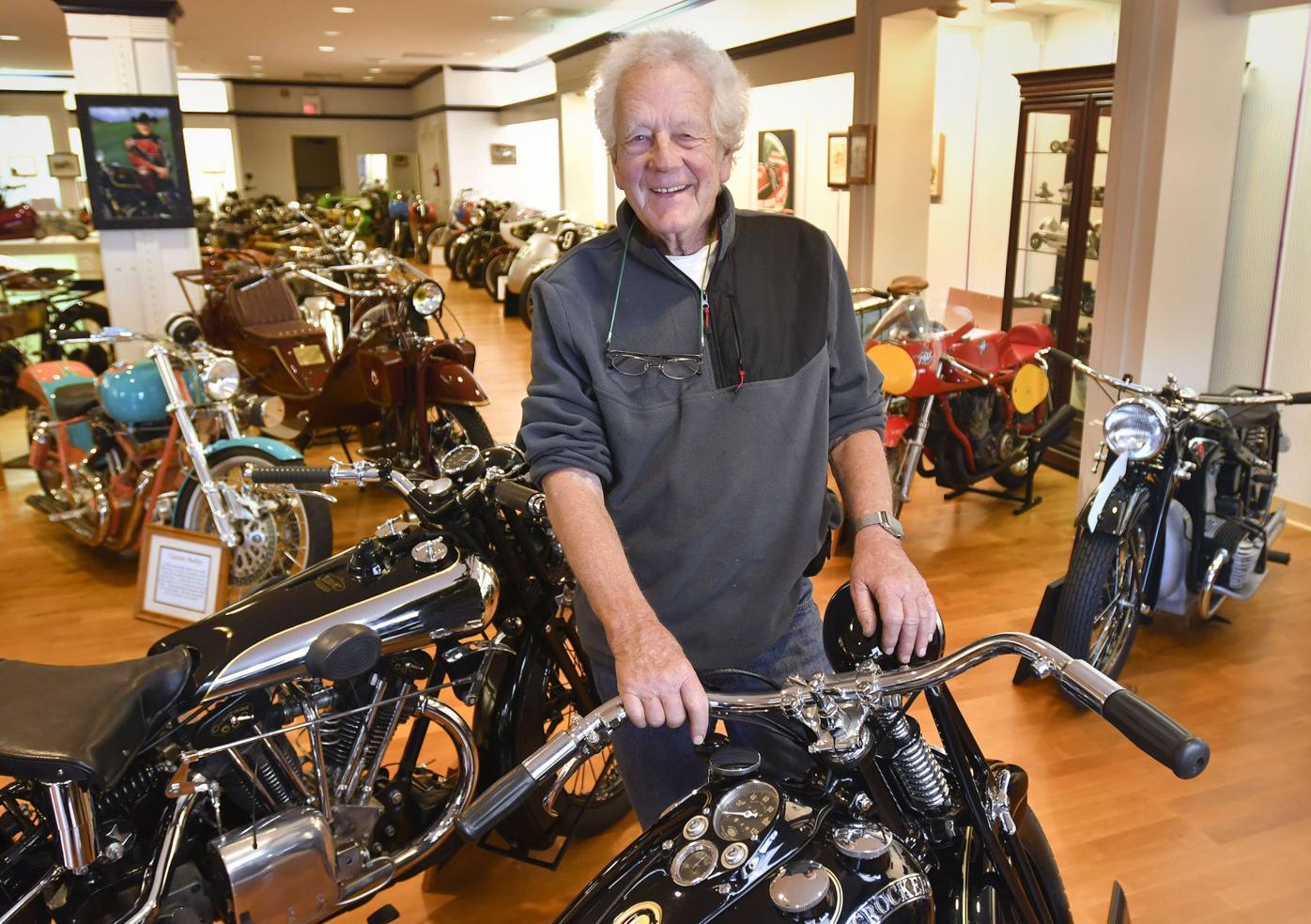 Dr. Virgil Elings, shown in his Motorcycle Museum in Solvang, donated $4 million to the new the Ridley-Tree Cancer Center in Santa Barbara. He is is being honored for his generosity with the naming of the Elings Oncology Building at the center. 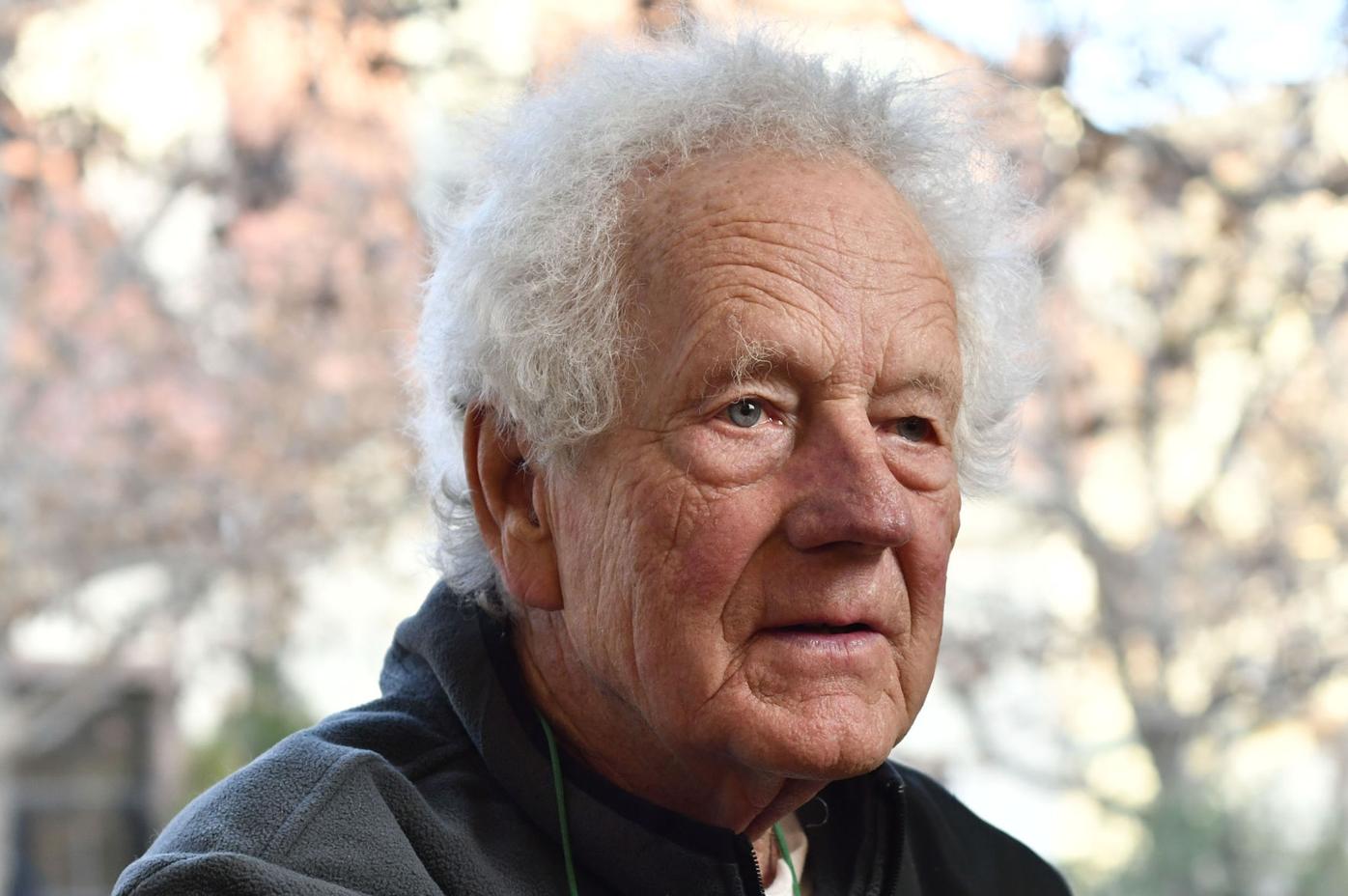 Dr. Virgil Elings, of Santa Ynez, has made his mark as a physicist, educator, philanthropist, and motorcycle rider and collector. 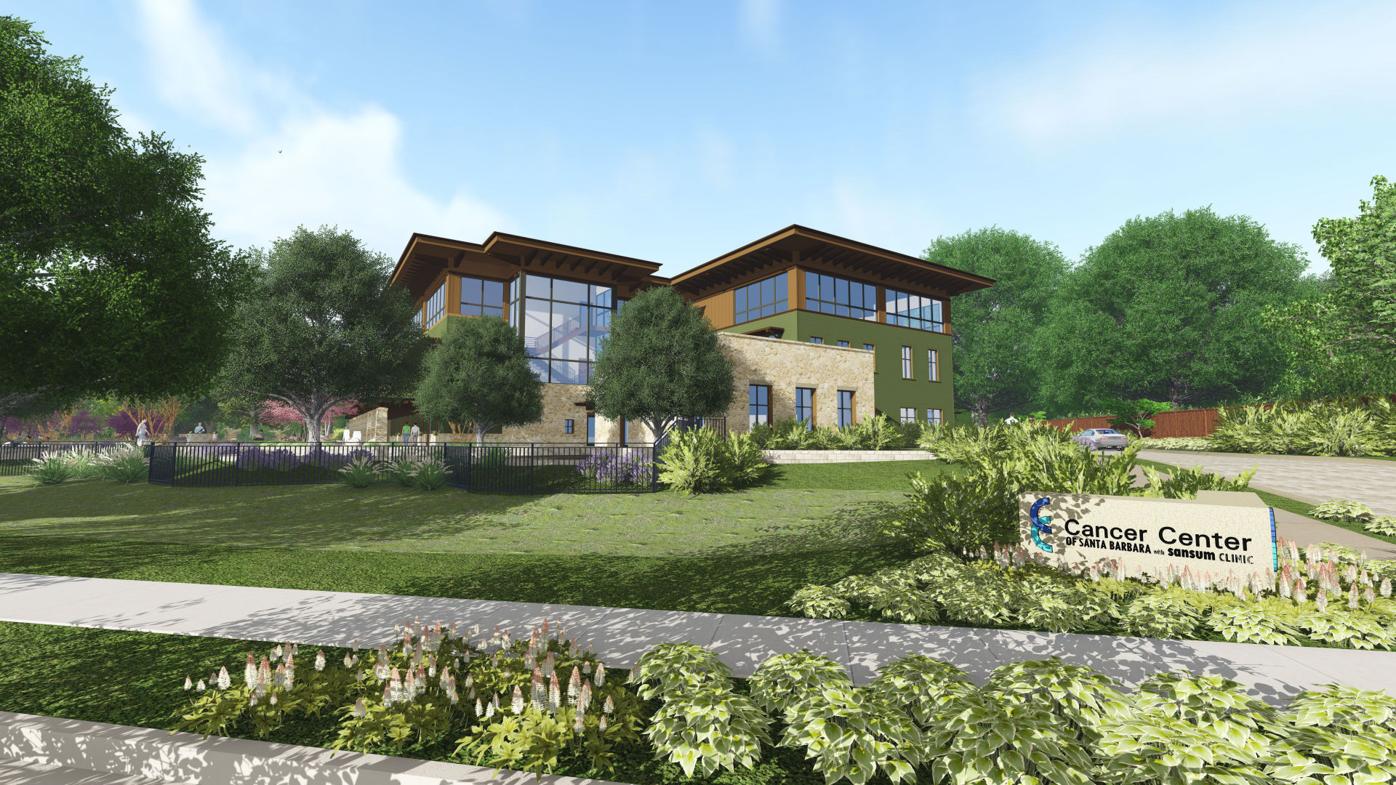 An artist's rendition of the new cancer center in Santa Barbara. Virgil Elings has donated $4 million toward the project.

Dr. Virgil Elings, shown in his Motorcycle Museum in Solvang, donated $4 million to the new the Ridley-Tree Cancer Center in Santa Barbara. He is is being honored for his generosity with the naming of the Elings Oncology Building at the center.

Dr. Virgil Elings, of Santa Ynez, has made his mark as a physicist, educator, philanthropist, and motorcycle rider and collector.

An artist's rendition of the new cancer center in Santa Barbara. Virgil Elings has donated $4 million toward the project.

Virgil Elings likes to have his name on buildings. You can find him enshrined all over Santa Barbara. It's perhaps ironic, then, that the word "Elings" is not emblazoned on the Solvang Vintage Motorcycle Museum, his most public presence in the Valley. But then, Elings is a man of contradictions. He's a scientist who speaks like a philosopher, an educator critical of most education and a philanthropist who doesn't part easily with his money.

That's not to say that he's not generous; Elings most definitely is. The Santa Ynez resident has donated tens of millions of dollars to a variety of causes. Just don't ask him for it. He insists he prefers not to write a check to anyone who comes with their hand out.

So how does he choose what to support?

"There can be lots of reasons or no reason at all" is his only explanation.

Elings' latest philanthropic gift is $4 million to the Ridley-Tree Cancer Center in Santa Barbara. For decades, the Santa Barbara Cancer Center was independently owned and had its services spread out in three different buildings. In 2012, it merged with Sansum Clinic, the largest outpatient provider on the Central Coast. With the goal of bringing all its services under one roof, on Aug. 19, 2016, the Campaign for Our New Cancer Center launched with an initial gift of $10.73 million from Lady Leslie Ridley-Tree. Construction is now well underway, and Elings is being honored for his generosity with the naming of the Elings Oncology Building at the Ridley-Tree Cancer Center.

"They asked me a long time ago for money for the cancer center but they wanted so much. I said, 'the hell with it'. I'm a cheap guy. When they were trying to meet their goal on donations, I said, 'I'll tell you what I'll do. I'll give money for the kids place or the urgent care.' Then (Sansum Clinic CEO and Chief Medical Officer Dr. Kurt) Ransohoff said, 'I have a better idea,' which meant he had a more expensive idea. He sounded semi-desperate."

So Elings wrote a check for $4 million and got his name on a building in return.

Elings has no filter, and makes no apologies for it. He says exactly what's on his mind, often revealing far more about himself than most wealthy public figures who typically rely on layers of spokespeople to refine their opinions before sharing them.

Elings holds a Ph.D. in physics from MIT. He spent 20 years on the physics faculty at UCSB. In 1987, he co-founded Digital Instruments, designing and selling microscopes that magnify objects up to 20 million times. He sold the company and retired in 1999. A move from Santa Barbara to Santa Ynez followed.

He has, Elings said, no time for billionaires who just want to make more money. He has followed through on that with making tens of millions in donations to causes he deems worthy.

He gave $3.5 million to MIT for his Center for Theoretical Physics. UCSB got $12.5 million from Elings and his ex-wife, Betty Elings Wells, to support research at the California NanoSystems Institute. He's previously given money to Sansum for its eye center and its surgical center.

When Las Positas Friendship Park in Santa Barbara desperately needed funds to purchase adjoining land that might otherwise have gone into development, Elings came through with $1.5 million. The park, of course, was renamed Elings Park.

He has a special place in his heart -- although he won't admit to anything emotional about it -- for Dos Pueblos High School in Santa Barbara, especially its Engineering Academy.

"The engineering program there is probably one of the best in the country," he said. The director, Amir Abo-Shaeer, is the only high school teacher in the country who is a recipient of the MacArthur Award, often referred to as the genius award.

"I'm convinced the whole school system, from kindergarten on up, is creating nothing but trained seals," Elings said. "Here's a trick, do the trick, I'll give you a treat. Everybody now needs a 4.5 grade point average to get into college. Grades are so important, all you're going to do is learn the trick -- memorize the trick for at least three months to get the grade."

The way around that, Elings strongly believes, is project education.

"You get a project, it's your own. You have to get to the end. You learn what you're good at, what you're bad at. You learn what it means to finish something. You learn because you have a need to know. That's what this guy at Dos Pueblos does. Project education from freshman to senior."

His attachment to the Engineering Academy has spilled over so that Dos Pueblos has also received donations from Elings for its theater department and aquatic center.

Unfortunately for the foundation behind the new pool for Santa Ynez Valley Union High School, when they approached Elings for money, he said "no."

"I've done my pool thing," he said with a laugh.

Elings' most enduring passion are the motorcycles he's bought, sold, raced and repaired since he was 14 years old. He has approximately 150 of them at the Solvang museum; 100 are on display at any given time. It is, he said, one of the finest museums of its kind in the country. He's still acquiring, but rarely sells.

"I have this philosophy that if I see something that I won't see again, if I don't buy it, I'll just feel bad. And there's no use feeling bad," he said.

At 77 years old, he still rides weekly with a junior high school friend who now lives in Santa Barbara. In addition to his home in Santa Ynez, Elings and one of his sons own a 3,500-acre ranch in Los Alamos that they purchased as a place to ride their motorcycles.

With that much property, you might expect Elings would also be into riding horses. He's been there, done that.

"Horses are stupid as stone. I can't deal with that," he said.

Elings makes it clear that he doesn't suffer fools gladly, whether they are on two feet or four. He needs an intellectual, not visceral attachment to anything or anyone he might invest in.

For Elings, the cancer center, expected to open before the end of the year, fits that bill.

"It's going to be a big deal. These guys will have facilities that will keep people from having to go to L.A. for treatment. That's where people go when they think they're going to croak. That would be nice."

Besides, they're putting his name on the building.