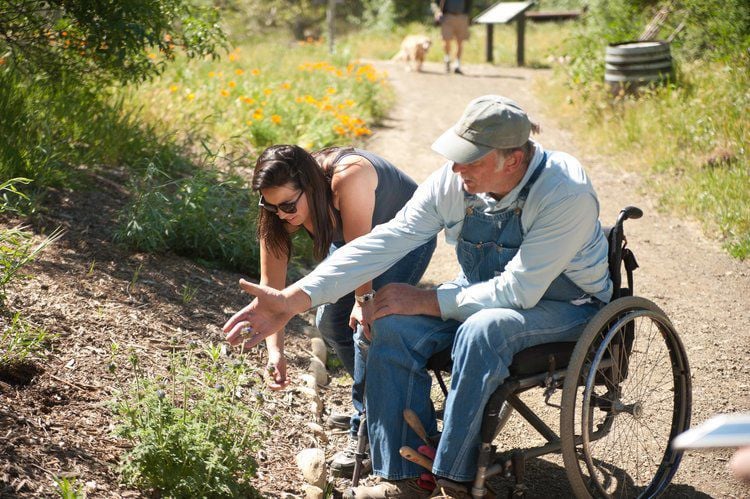 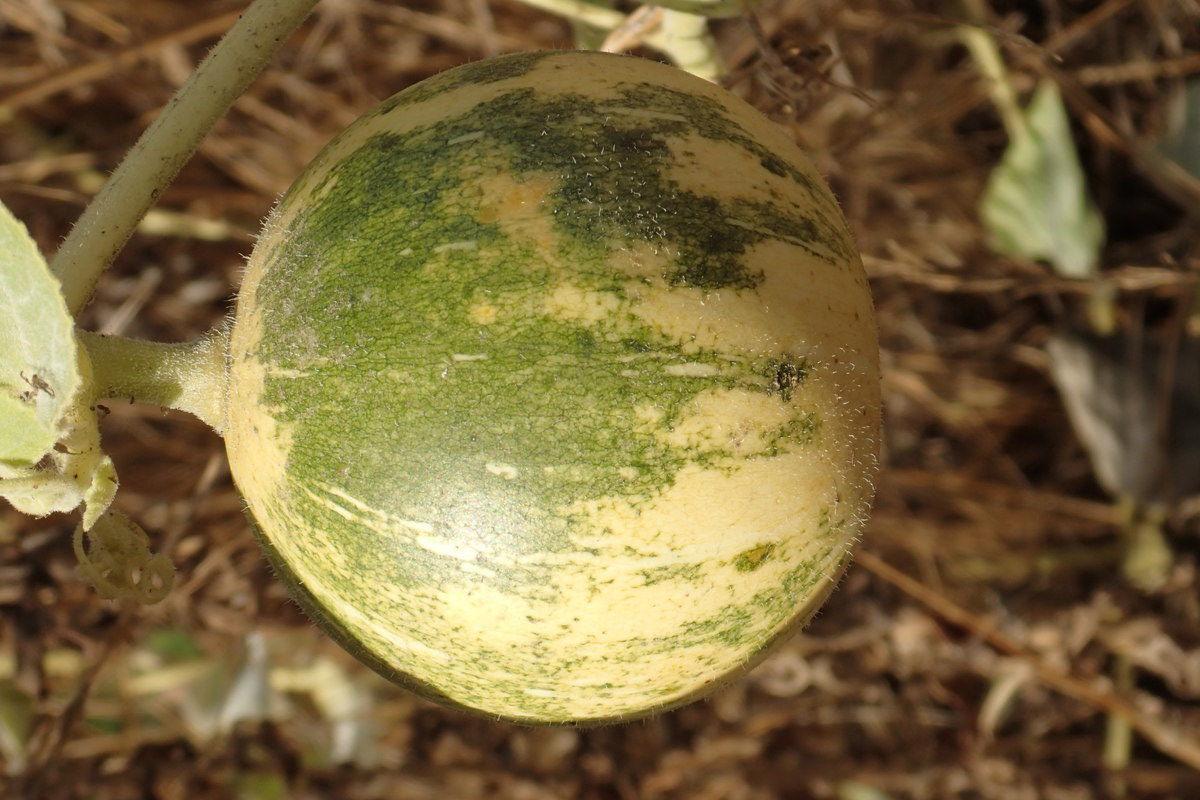 Shown is the coyote melon, a gourd, which is Native to the Southwestern United States from the Central Mid-West to Central and Southern California and Northern Mexico. 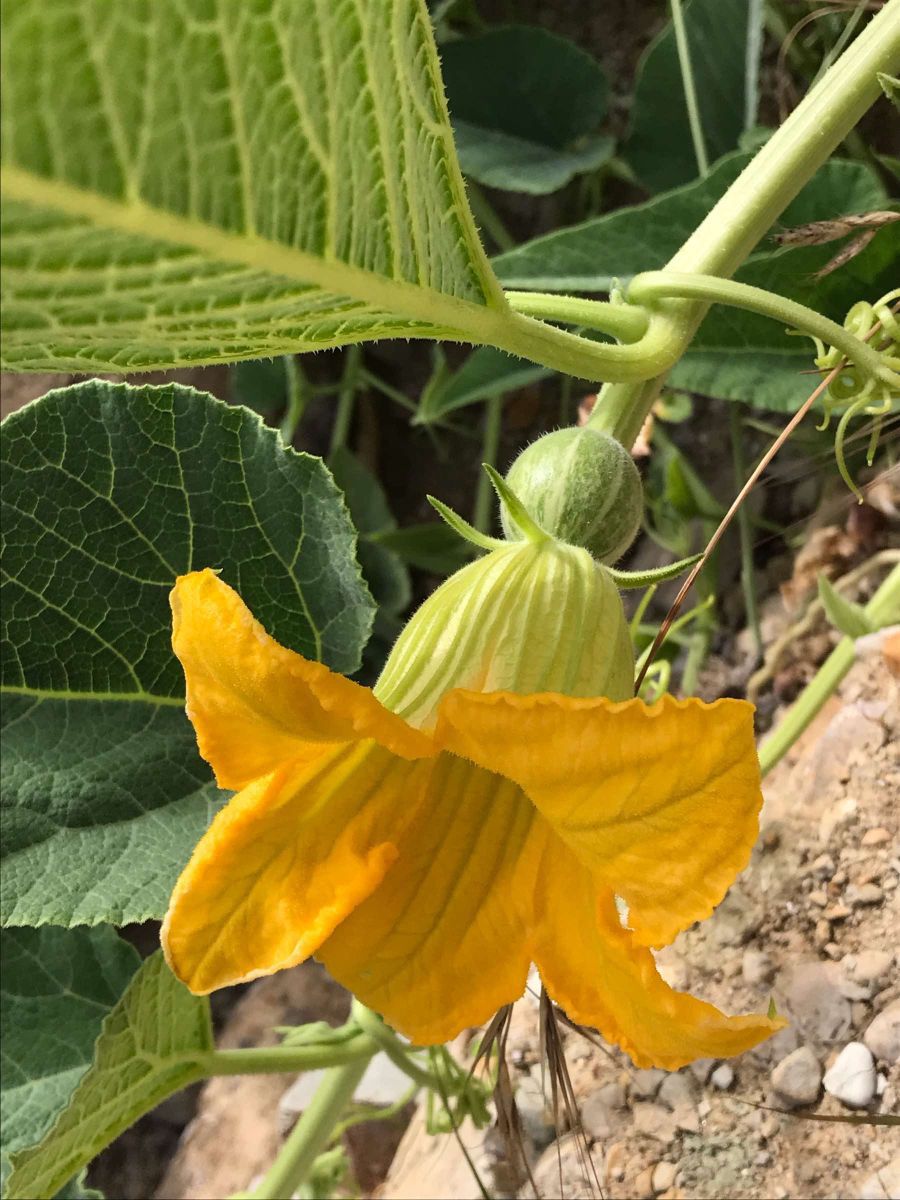 Cucurbita foetidissima, known as coyote melon, is a flowering plant that's part of the squash family.

It is a member of the Cucurbitaceae family, which includes cucumbers and several types of gourds.

Native Americans used the seeds for food and extracted the oil to mix with pigments for painting and body art. The gourds were used as drinking cups, ceremonial rattles and storage containers. The tuber was used as soap for bathing and laundry.

According to wildflower.org, the mature fruit is poisonous to humans if eaten.

Sensitivity to a toxin varies with a person’s age, weight, physical condition, and individual susceptibility. Children are most vulnerable because of their curiosity and small size.

Toxicity can vary in a plant according to season, the plant’s different parts, and its stage of growth.

Cucurbita foetidissima is a herbaceous perennial vine with leaves that are 8 to 10 inches long, and arranged 4 to 5 inches alternately along the stem.

Leaf margins are entire to slightly crenate (scalloped edge) with both the upper and lower surface covered in fine hair and short spines. The leaves also emit a strongly acrid scent.

The half-inch diameter stems trail along the ground and range in length from 6 to over 10 feet. The stems are attached to the root at a large underground tuber similar to Man Root, Marah macrocarpus.

The flowers are yellow/orange, trumpet shaped, with pubescent corolla and inferior ovary that are borne along the stems at the leaf nodes. Flowering occurs from June through August.

The fruit/gourd is spherical, 3 to 4 inches in diameter smooth skinned, green with pale stripes. The new fruit and flowers are edible for the first few days but quickly become bitter and inedible as the fruit matures to a pale yellow color.

Cucurbita foetidissima is native to the southwestern United States from the Central Midwest to Central and Southern California and Northern Mexico. The preferred habitat is open fields, abandoned farm land and dry slopes with full sun exposure.

Coyote melon is a xerophyte (needing no supplemental water), preferring well-drained sandy soils, but tolerant of most soil types.

Cucurbita foetidissima is a plant of many uses.

The leaves and vines can be used as fodder for livestock. The tuber, which can grow to over 150 pounds, consists mainly of starches stored for the next year’s growth.

The seeds inside the gourd are edible when roasted and contain Linoleic acid, an essential fatty acid.

Steve Schulz: 'I can’t live if I don’t have dirt under my fingernails'

Steve Schulz is one of the initial founders of the Santa Ynez Valley Botanic Garden and currently serves as the organization's garden coordinator.

With our home & garden newsletter!

On Saturday, Dec. 7, the Santa Ynez Valley Natural History Society will host a free instructional workshop, demonstrating how to plant and gro…

The Santa Ynez Valley Botanic Garden is offering safe community activities for families to continue enjoying their time on the 2-acre managed oasis.

Shown is the coyote melon, a gourd, which is Native to the Southwestern United States from the Central Mid-West to Central and Southern California and Northern Mexico.