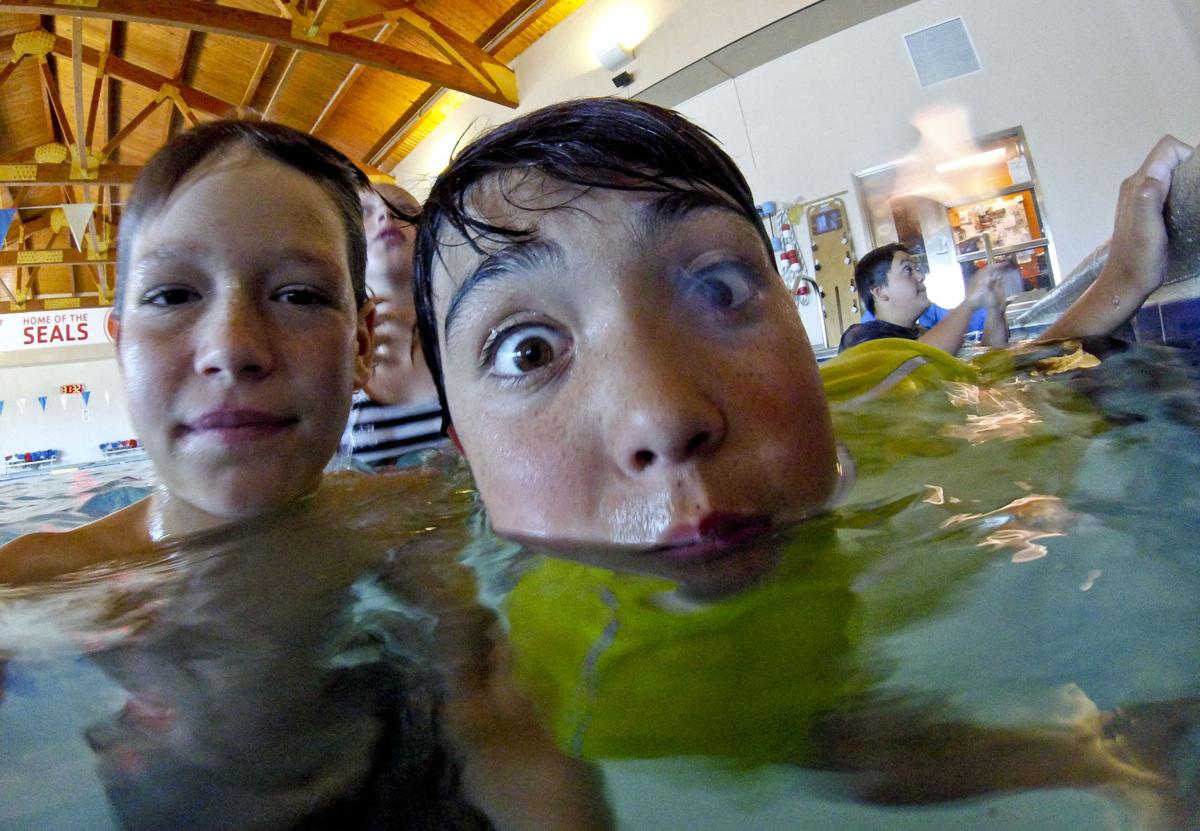 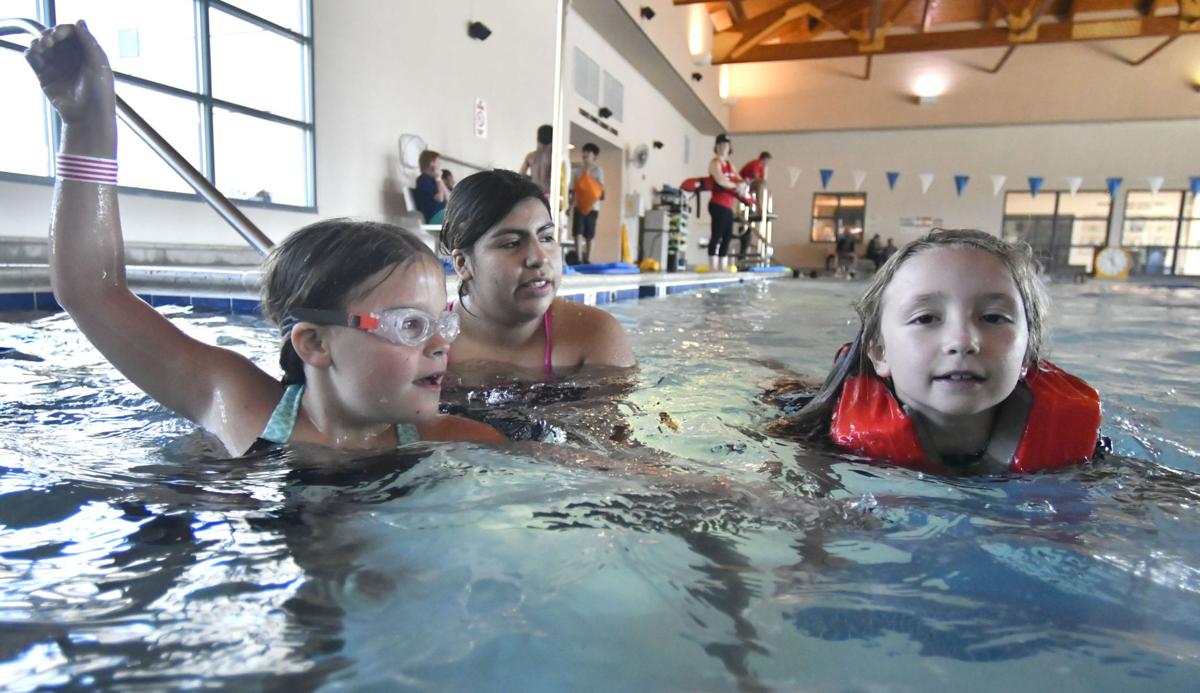 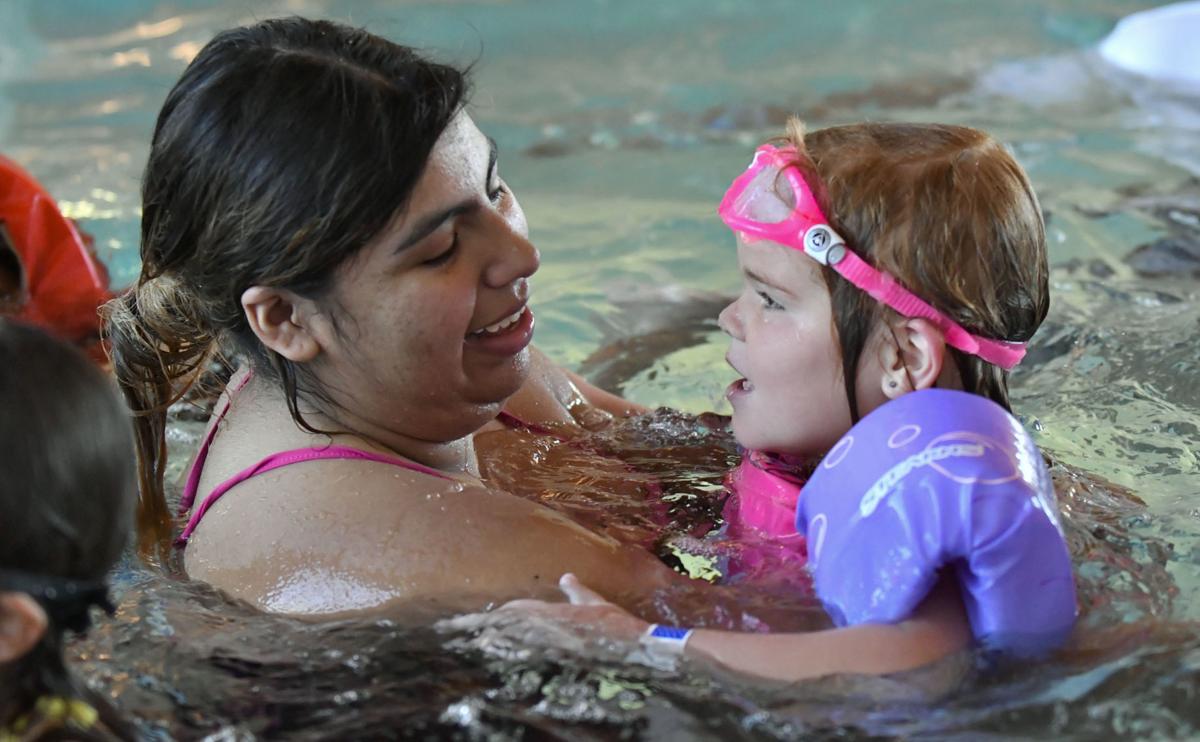 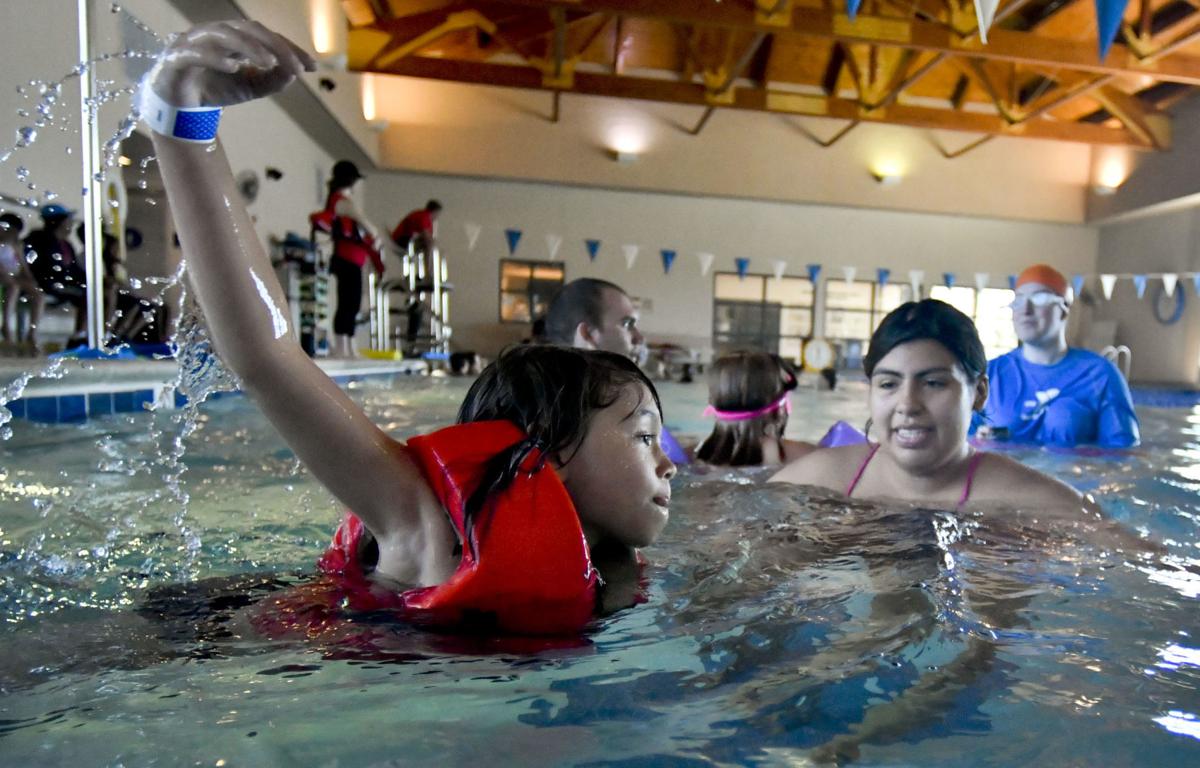 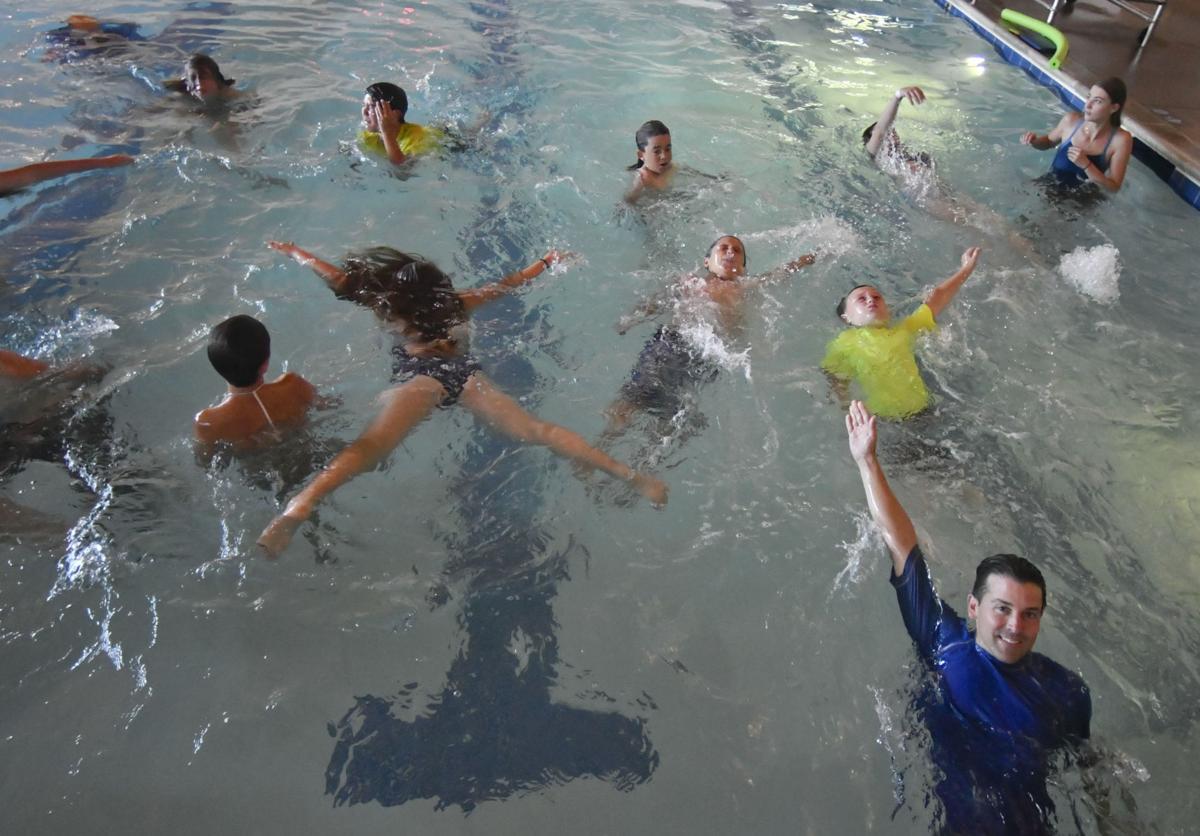 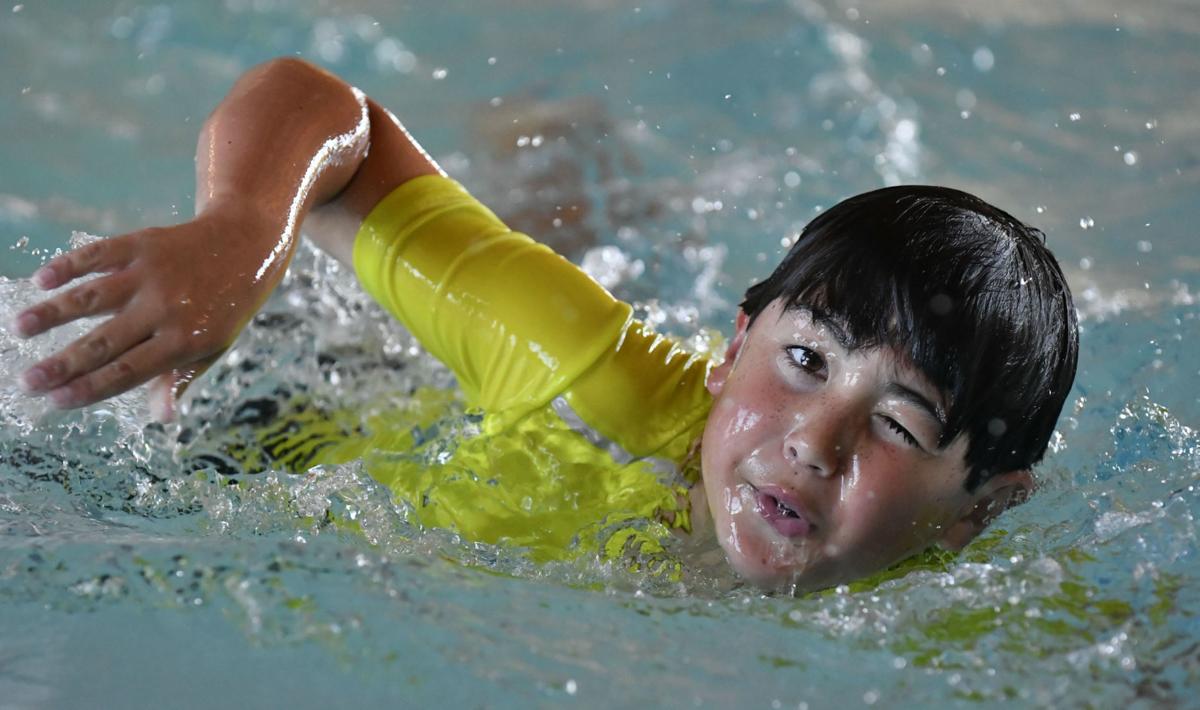 A swimmer paddles in the Stuart C. Gildred Family YMCA pool in Santa Ynez, during the World's Largest Swim Lesson. 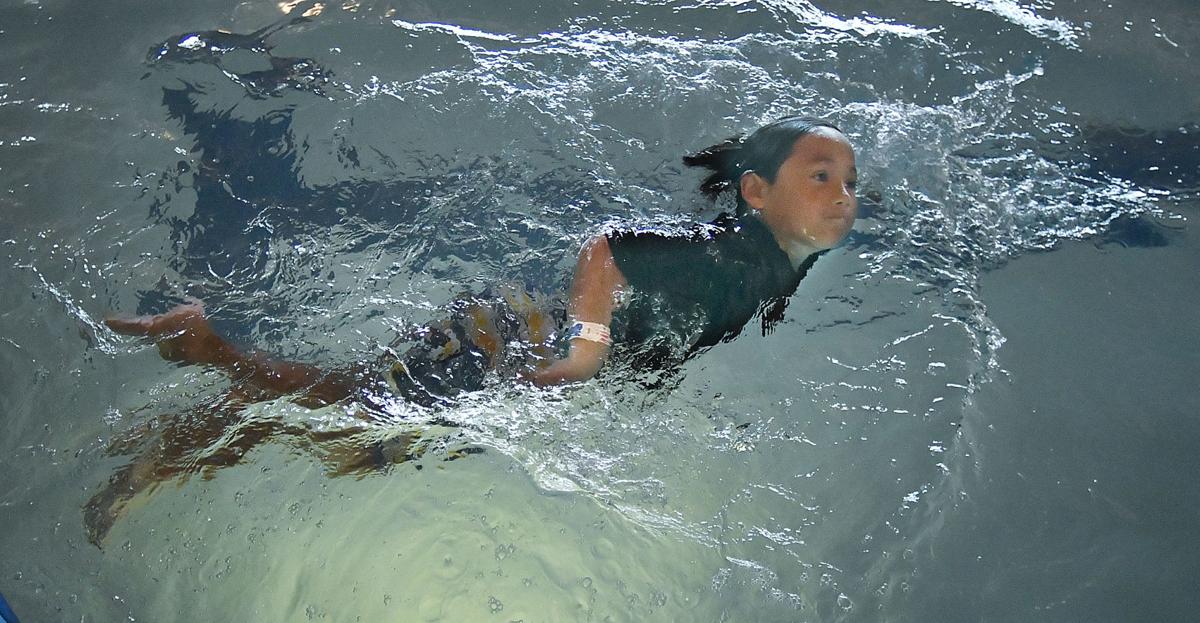 A swimmer paddles in the Stuart C. Gildred Family YMCA pool in Santa Ynez during the World's Largest Swim Lesson. 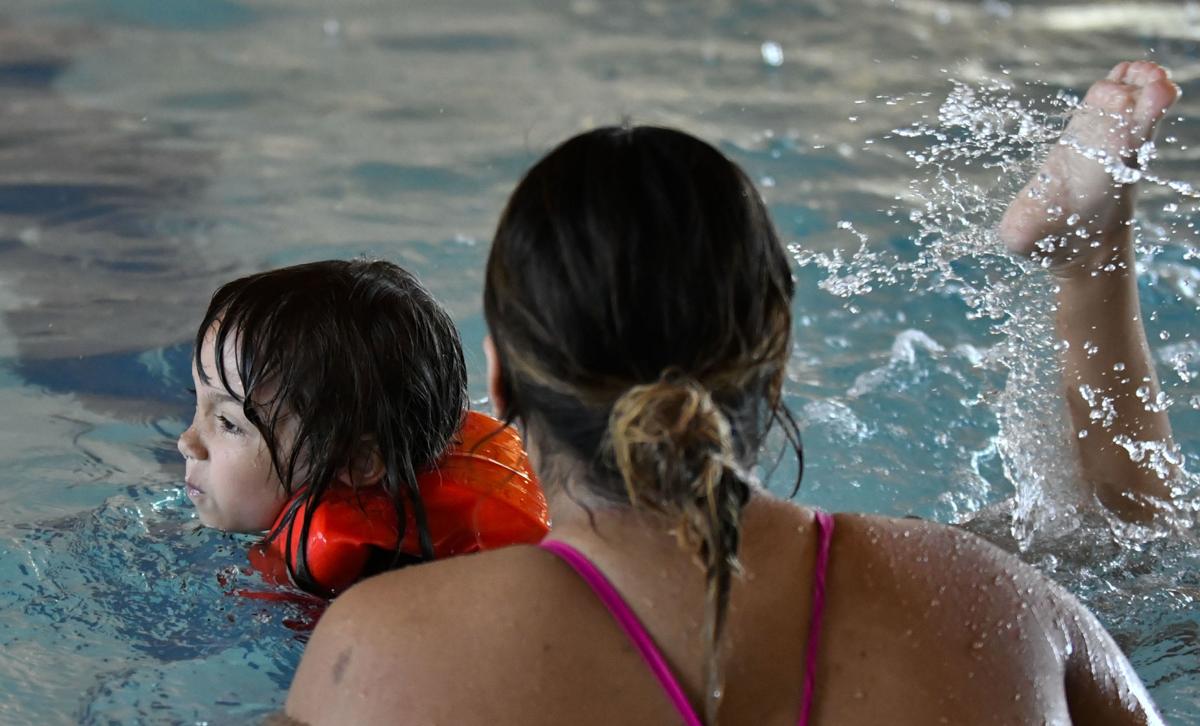 Another swimmer paddles in the Stuart C. Gildred Family YMCA pool in Santa Ynez, with the help of instructor Karina Carrera, during the World's Largest Swim Lesson.

Imagine an estimated 45,000 children synchronized for one giant swim lesson -- all over the world. Nearly 50 Valley kids participated in the annual water event in an effort to evangelize the importance of swim lessons to prevent the preventable: drowning.

Stuart C. Gildred Family YMCA in Santa Ynez hosted the "World’s Largest Swimming Lesson" (WLSL) on June 21 alongside other global participants from 700 water parks, pools, Ys and swim schools in 44 U.S. states and 29 countries around the globe. This year was an attempt to break the world record held in 2017 for largest swim lesson with 41,068 participants from 26 countries.

Aleatha Ezra, public relations representative of World Waterpark Association (WWA), which organizes the annual "World's Largest Swimming Lesson," said that although the global numbers are yet to be tallied -- given this year's 29 countries from six continents, up from last year's 26 countries -- "We are completely optimistic about the results. We've managed to show an increase in participation year-by-year."

She said the WLSL event serves as a platform to help the global aquatics industry work together to build awareness about the fundamental importance of teaching children to swim.

According to World Waterpark Association, research shows the risk of drowning can be reduced by 88 percent if children participate in formal swimming lessons between the ages of 1-4. Yet, a survey conducted by the American Red Cross in 2014 found that more than half of Americans (54 percent) either can't swim or don't have all of the basic swimming skills.

They believe this can and should change, and it is why it remains the organization's mission, year after year.

"We're still at least a few weeks away from knowing the final results," said Ezra. She said they will post the numbers on their website and make a formal announcement via a press release.

This year marked the ninth year of the WLSL multinational event, which will continue with a very specific goal: to reach more than one billion participants by 2019 with its Swimming Lessons Save Lives™ message.

In the Valley, at the record-breaking event, Channel Islands YMCA Graphic Designer and Public Relations Specialist, Audrey Graves who was busy taking underwater GOPRO pictures, said that instructors at the event were focused on teaching children about water safety and showing them how to swim. "Kids were guided through kicking, paddling, kickboard, and other swim exercises," said Graves.

Doorway to virtual reality opens at Space VR in Solvang

Stuart C. Gildred Family YMCA's Aquatics Director, Greg Hughes said he sees the good in all of this. "We're doing a lot of great things at the Y, but I see there is much more to be done," said Hughes of the nearly 50 children in attendance for the big swim. He shared that through the WLSL event, swim lesson registration at the YMCA saw a spike.

"We were happy to give them swim lessons and hope to see more kids from the local community show up next year," said Hughes.

Lisa André is the Lifestyle Editor for the Santa Ynez Valley News. You can follow her on twitter @LAndreSYVNews

A swimmer paddles in the Stuart C. Gildred Family YMCA pool in Santa Ynez, during the World's Largest Swim Lesson.

A swimmer paddles in the Stuart C. Gildred Family YMCA pool in Santa Ynez during the World's Largest Swim Lesson.

Another swimmer paddles in the Stuart C. Gildred Family YMCA pool in Santa Ynez, with the help of instructor Karina Carrera, during the World's Largest Swim Lesson.