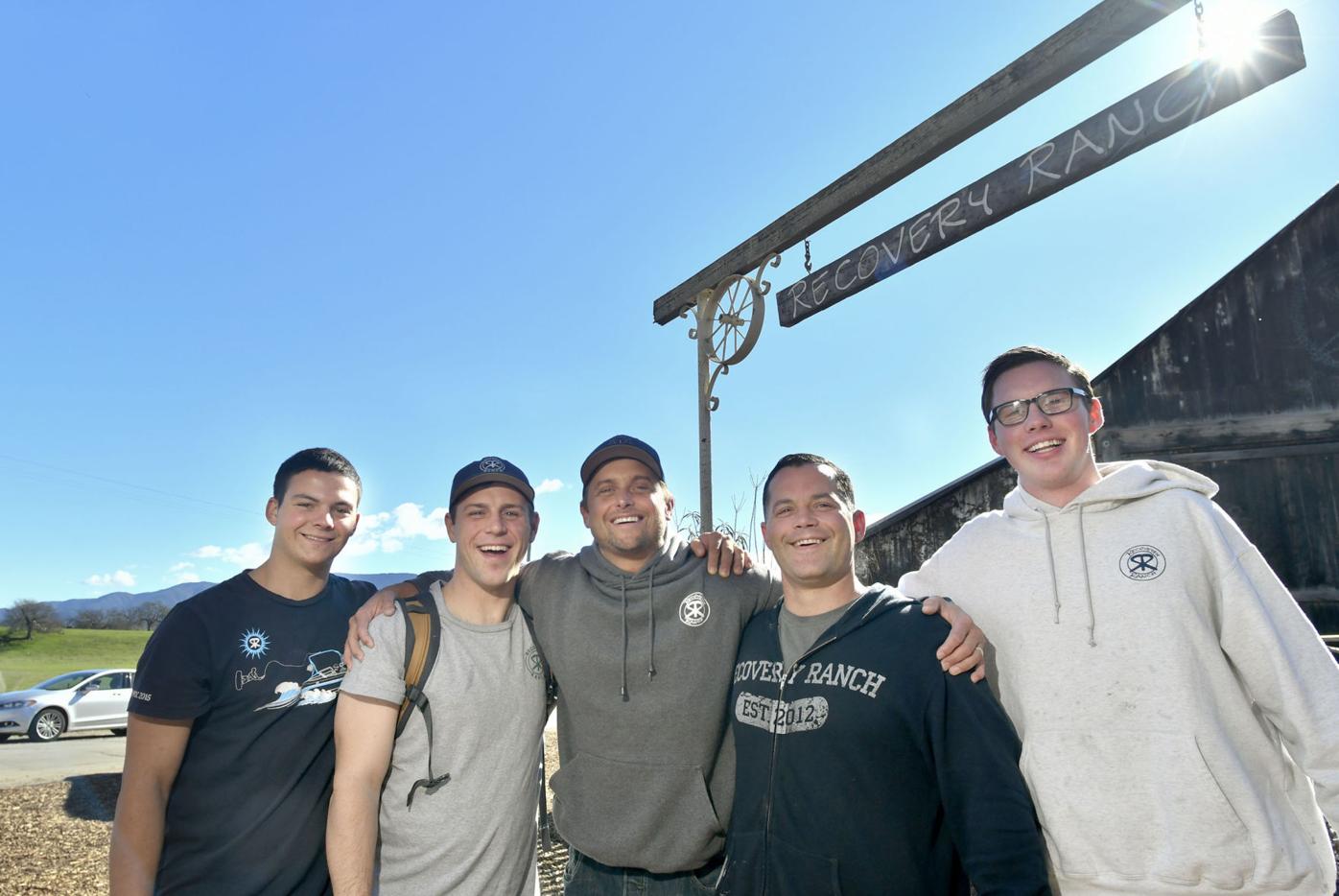 Daniel Ross, center, started Recovery Ranch as a sober living house five years ago. Keeping the men who live there healthy and active is essential to the program, he says. 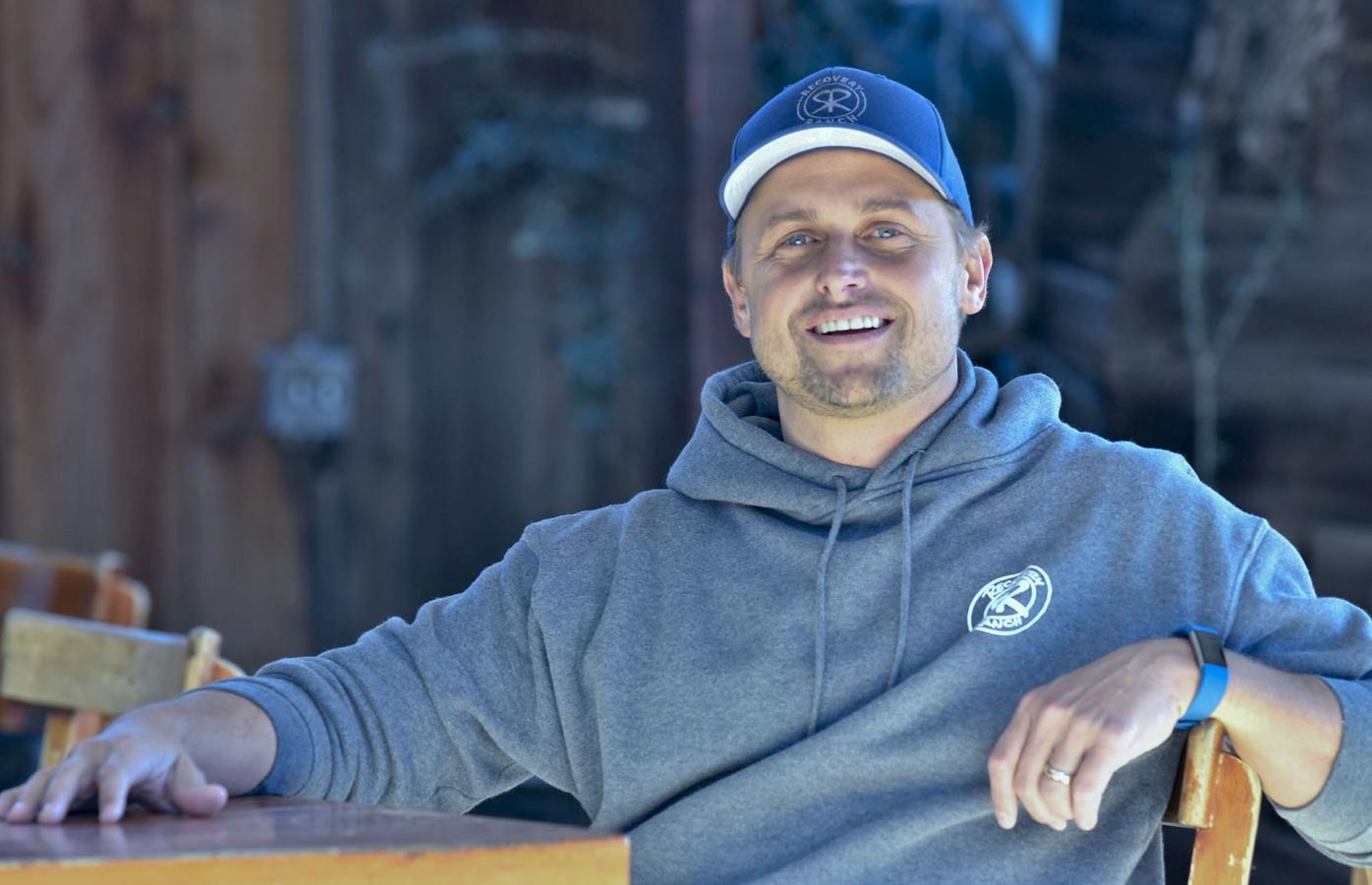 Daniel Ross started Recovery Ranch as a sober living house five years ago. He's nine years into his own recovery. 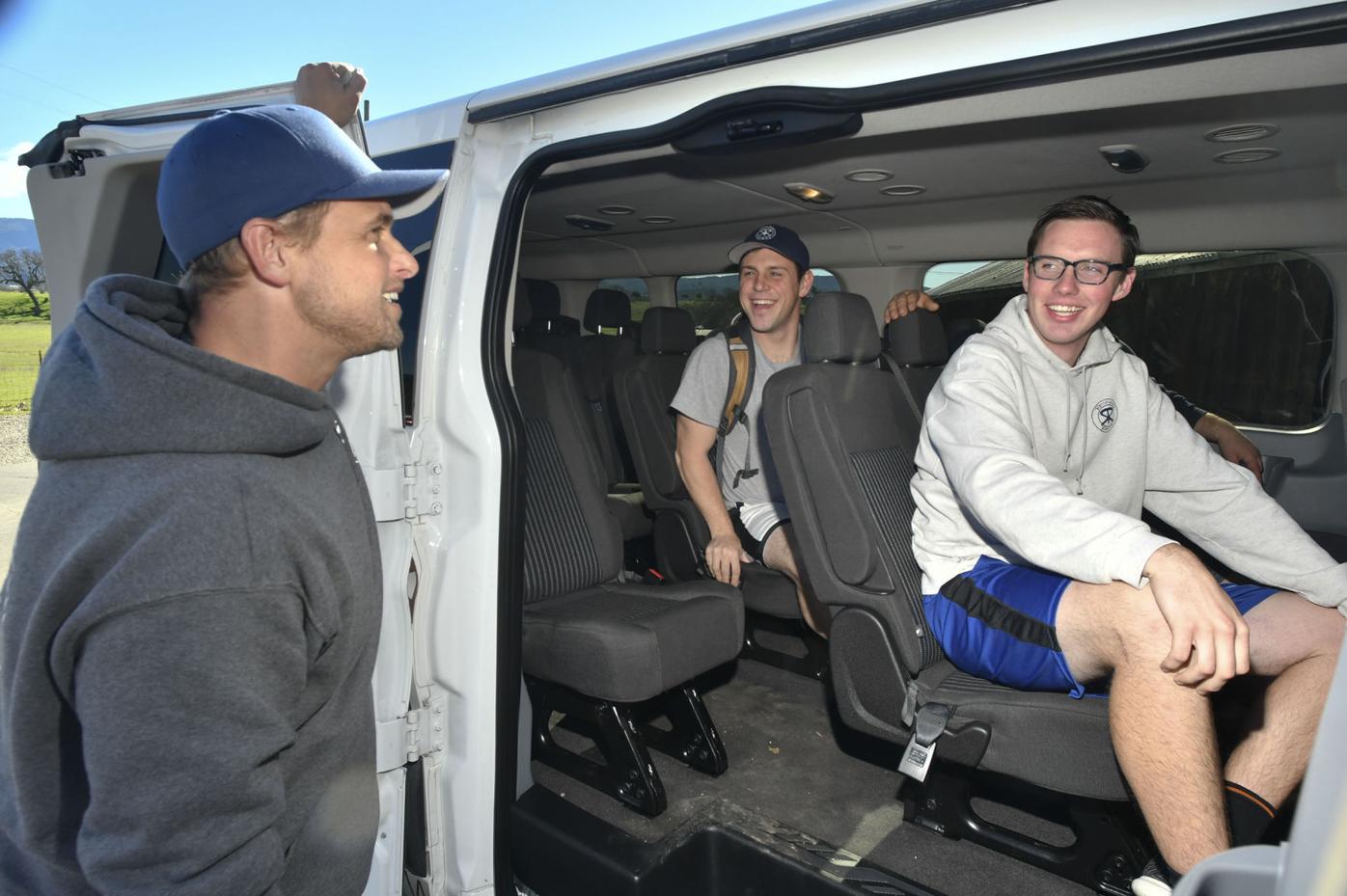 Daniel Ross talks with men in the Recovery Ranch program before they go off on a hike. 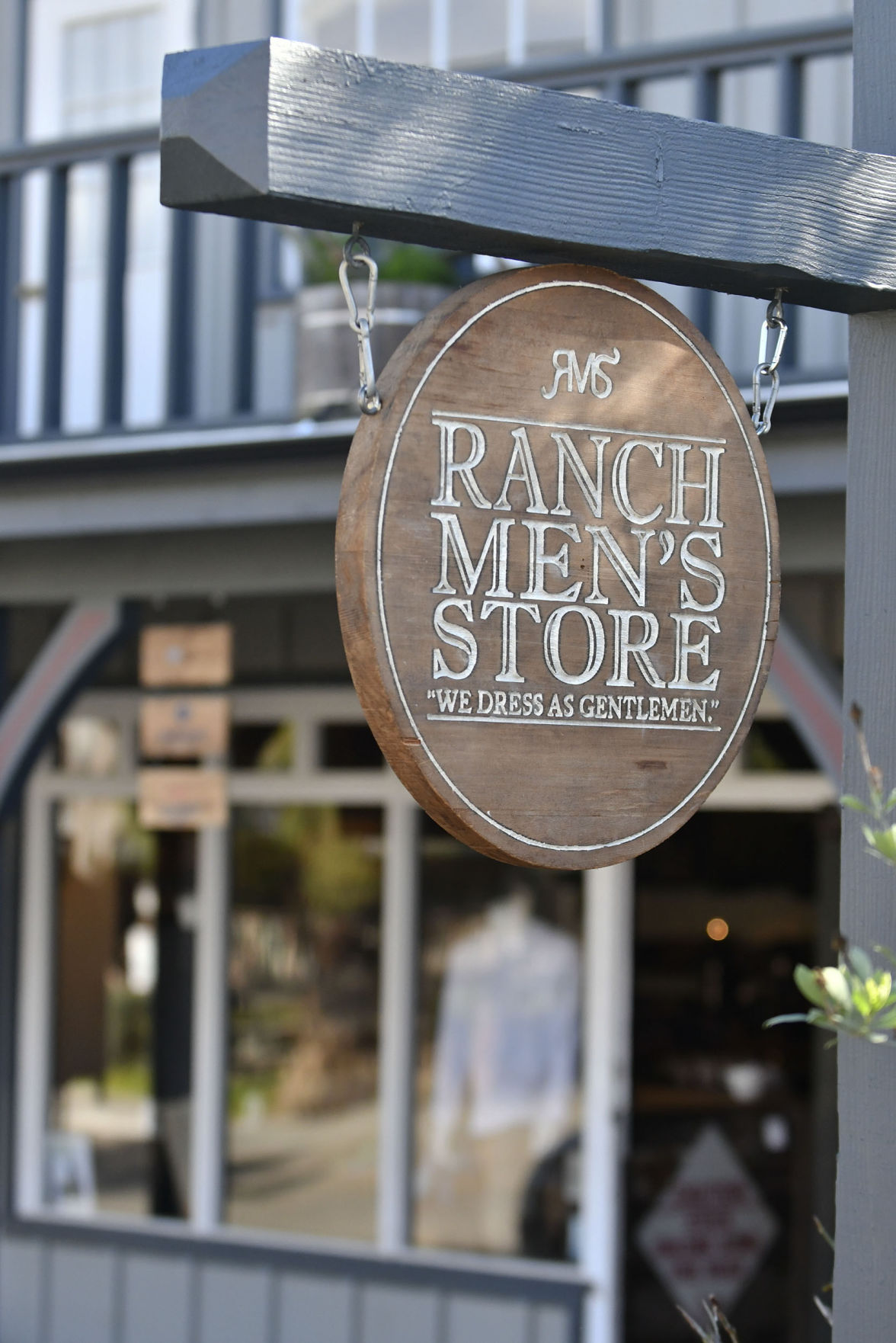 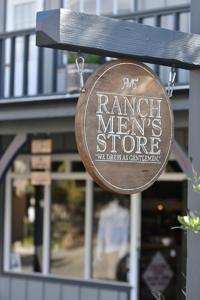 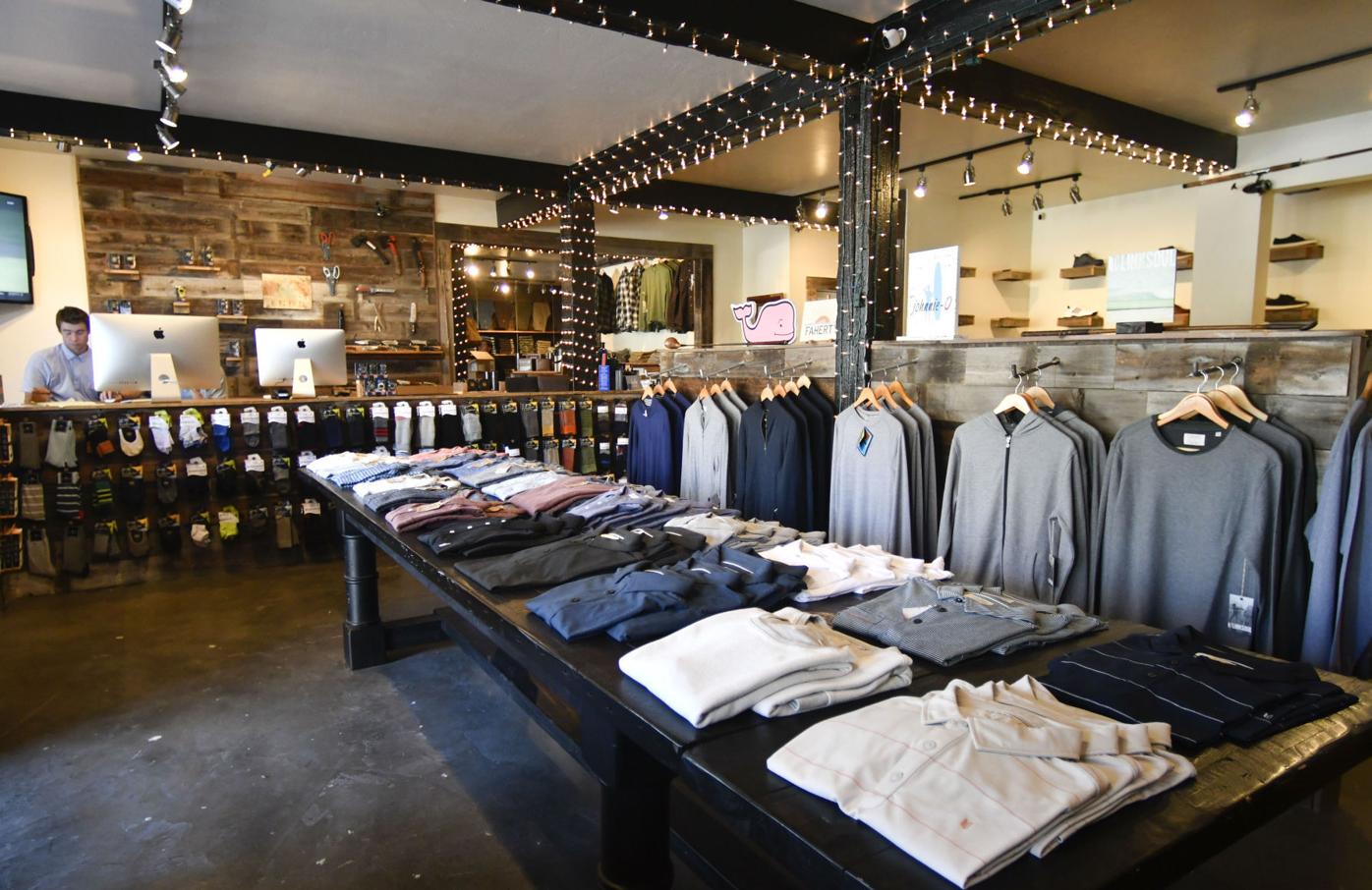 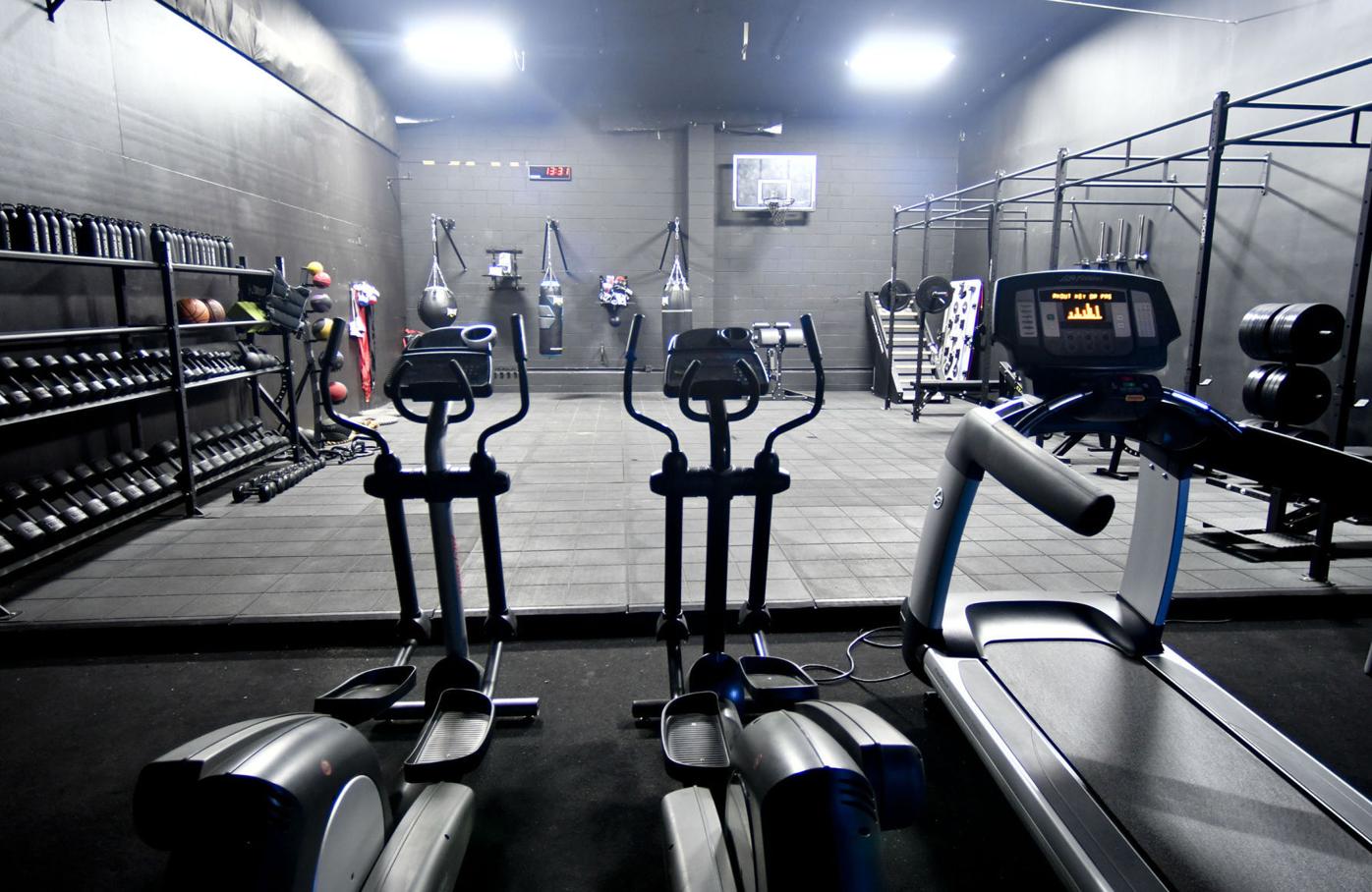 Recovery Ranch's gym on Sagunto Street for men in the program. 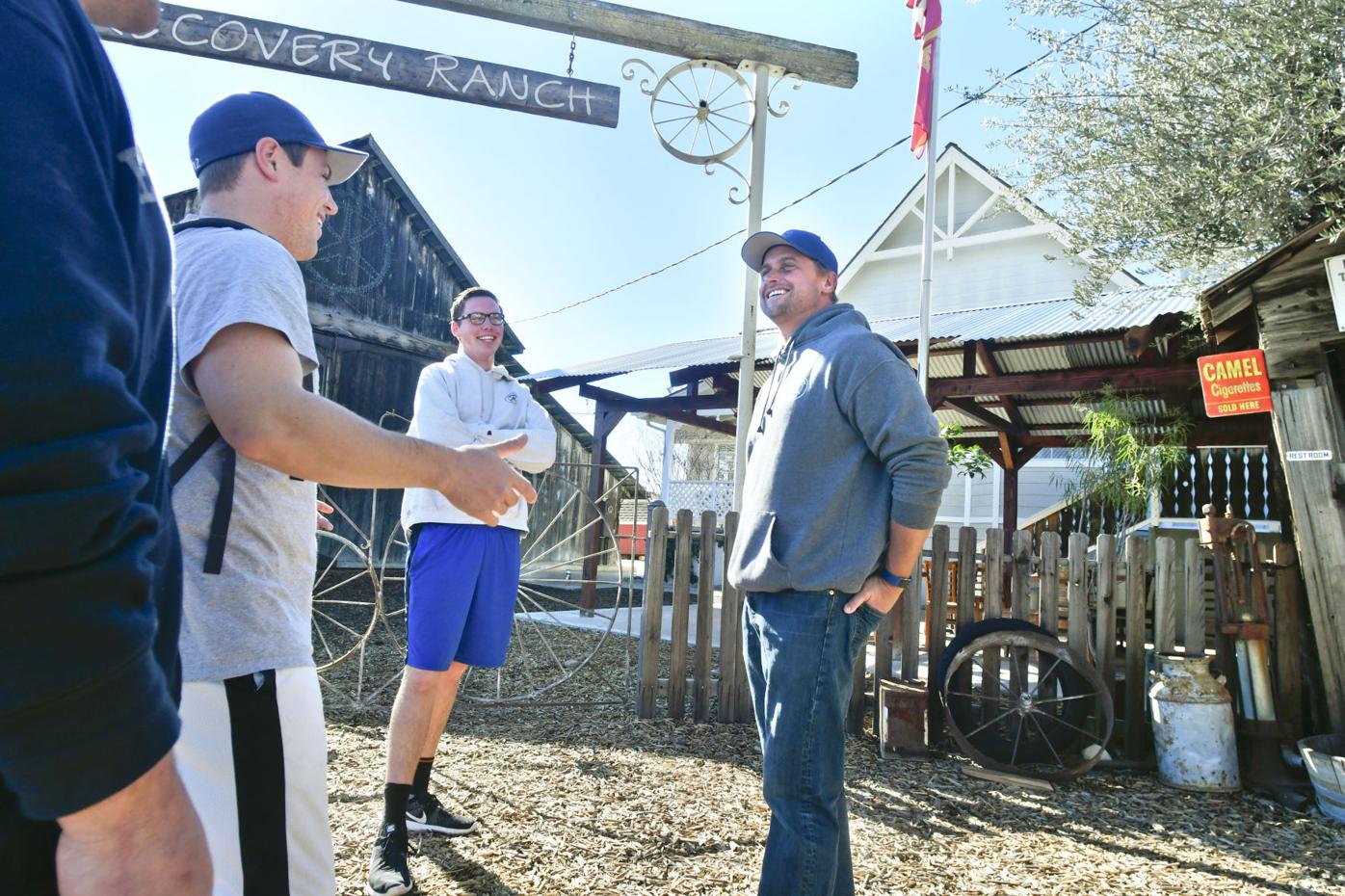 Daniel Ross talks with Recovery Ranch residents before they go off on a hike. 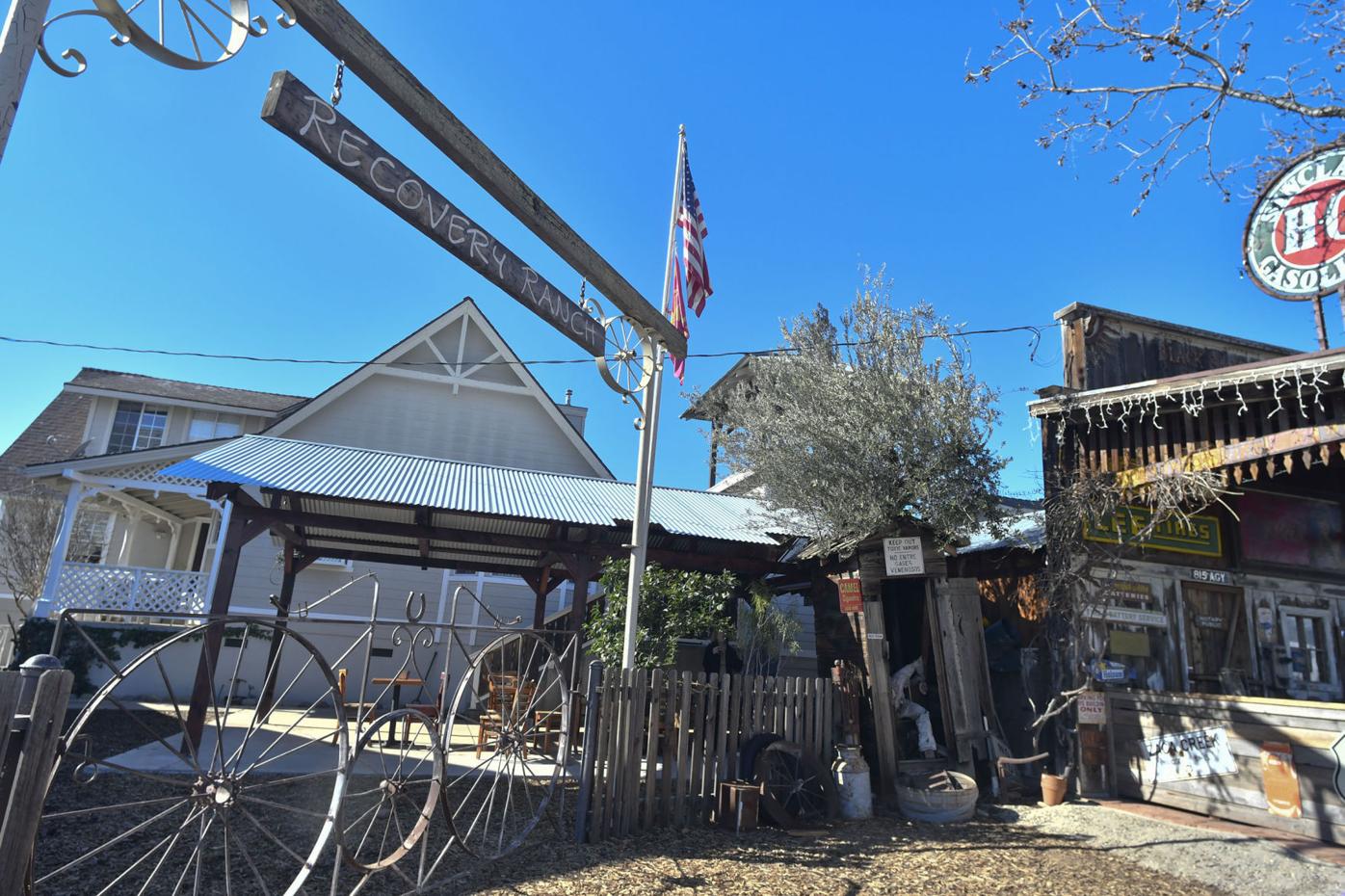 The main Recovery Ranch property is in Santa Ynez.

Daniel Ross, center, started Recovery Ranch as a sober living house five years ago. Keeping the men who live there healthy and active is essential to the program, he says.

Daniel Ross started Recovery Ranch as a sober living house five years ago. He's nine years into his own recovery.

Daniel Ross talks with men in the Recovery Ranch program before they go off on a hike.

Recovery Ranch's gym on Sagunto Street for men in the program.

Daniel Ross talks with Recovery Ranch residents before they go off on a hike.

The main Recovery Ranch property is in Santa Ynez.

When it opened its doors in 2012, Recovery Ranch was a sober living house with a handful of residents. They were all young men, drug addicts or alcoholics, wanting to become clean and sober with meaningful lives.

Five years later, Recovery Ranch is still true to that mission, said owner Daniel Ross, even while operating eight different businesses that employ and are run by Recovery Ranch graduates.

At its primary property on Tivola Street in Santa Ynez, ironically around the corner from the Maverick Saloon, there is a main house, three smaller houses, barn and the remnants of an historic gas station, on just under an acre. Recovery Ranch also owns houses on Calzada, Edison and Baseline, plus one in Santa Barbara. Three of the off-site houses are for graduates who stay on with Recovery Ranch both for the structure of the program and for the employment opportunities.

"We don't open businesses for the sake of opening a business," Ross insisted, adding that while Ranch Hands is profitable, not all the other businesses are. Instead, he said, their success is measured in the employment and learning opportunities they offer to graduates of the Recovery Ranch program.

"As we've grown, it's not just for the sake of expansion. That's kind of been misconstrued in the community. We've felt that," Ross said. "We're growing in a way that will allow guys here to work together, to be part of a business, working together as a team in a sober environment."

The majority of Valley residents have been "warm and welcoming that we're here with our services," he said. "But there are people who think the worst. They think that because we're drug addicts or alcoholics, we're sex offenders or pedophiles. They need to accept the fact that we have the right to have businesses."

Ross began getting into trouble while still in elementary school in Santa Barbara, he recalled. He went through a series of boarding schools, reform schools and treatment centers. He was arrested multiple times. It was through the Salvation Army program that he got sober nine years ago. He has been court ordered there.

"I was an entitled, spoiled kid. When I got to Salvation Army, it was no nonsense. I had to work in the sorting room, sorting donated clothing. I did work that I really didn't want to do. I built a work ethic for the first time."

It was during this time that someone gave him the late John Wooden's inspirational book, "Wooden: A Lifetime of Observations and Reflections On and Off the Court." One of the most highly revered and successful college basketball coaches (10 national championships at UCLA) of all time, Wooden was renown for the inspiring way he lived his life and how he motivated others to be the very best they could possibly be. The book connected with Ross in a way little else ever had.

"Simple little passages like 'make each day your masterpiece,' 'you can't make up for yesterday', and 'don't lie, don't complain, don't make excuses' -- applying those principles to my life when I was at Salvation Army, doing the 12-step program, it all came together."

Newly clean and sober at the time, Ross and his wife, Jill, moved to the Santa Ynez Valley in 2010. A business they'd previously owned in Monterey County had fallen victim to the Great Recession, and he was struggling to figure out what to do next. He credits listening to a speaker at Valley Christian Fellowship about giving back with helping him find his path. He wanted to assist others find their way to a sober life.

With a former partner, he purchased the Tivola Street property, and put together a program. According to Ross, the two men are still unraveling their real estate partnership; he is the sole owner of the business that is Recovery Ranch.

"I kind of cherry-picked all the best of what I'd been through," Ross said. "When we started this, I wanted a place where you lived to a higher standard. There are so many places that feel like hospitals. They don't feel clean. They don't have a home environment. They make you feel like you're a drug addict from the moment you walk in. They're depressing and sad. I wanted a place where you live life, where you show up with enthusiasm every day knowing that there are no limits to what you can do."

Recovery Ranch began as a six-month program leading to graduation. Not long after the first group graduated, Ross said he recognized that everybody moves at a different speeds. Most residents now take between nine and 15 months to graduate, and then stay another six months in transition time when they start to work in one of the Recovery Ranch businesses. They're paid for that work.

Until recently, 18 was the minimum age for admission. Recovery Ranch now has a youth program for ages 14 to 17. Those teens live in a separate house.

Life at the ranch

In the main house, six men share a spacious bunk-bed furnished bedroom. Not a thing is out of place; the beds are made with military precision. The large dining room is set with place mats and carefully folded cloth napkins at each seat. Numerous copies of the Wooden book are at the ready.

Days are long and busy for those in the program. There's food to be cooked and laundry to be washed. Working out is a daily routine. Recovery Ranch has its own off-site gym where men work out four or five days a week with a trainer. There's an annual five-day backpacking trip to Yosemite and another five-day trip for skiing and hiking in Tahoe.

AA meetings are daily, and while Ross supports its 12-step program, he parts company with Alcoholics Anonymous on its anonymous protocol.

Family barbecues take place monthly. Men who have children have the opportunity for overnight visits.

"One dad just has his 8-year-old son here for thee nights. We set up a room so they could have their own space. We want guys to show up as dads, to rebuild their relationships with their kids," Ross said.

About 60 men are currently in the program. Approximately 25 percent of them were court ordered into sober living. Recovery Ranch coordinates with courts, some as far away as the East Coast, to make sure all orders are fulfilled and appearances meant.

Recovery Ranch doesn't publish its costs. Ross maintains it is affordable for most and a small fraction of the cost of high-profile sober living facilities like celebrity-friendly Promises in Malibu. Still, for those who can't pay the tab, scholarships are available.

"Of course we need enough to run the houses, and there are families who can and should pay," Ross said. "But if somebody is serious about wanting to change their lives and they show up here, and they need help, we want to help them. There are scholarship applications. We try to figure something out."

Despite the ever-growing number of businesses under the Recovery Ranch roof, Ross insisted it has not made him wealthy.

"This has never been about money," he said. "This is my recovery, too."