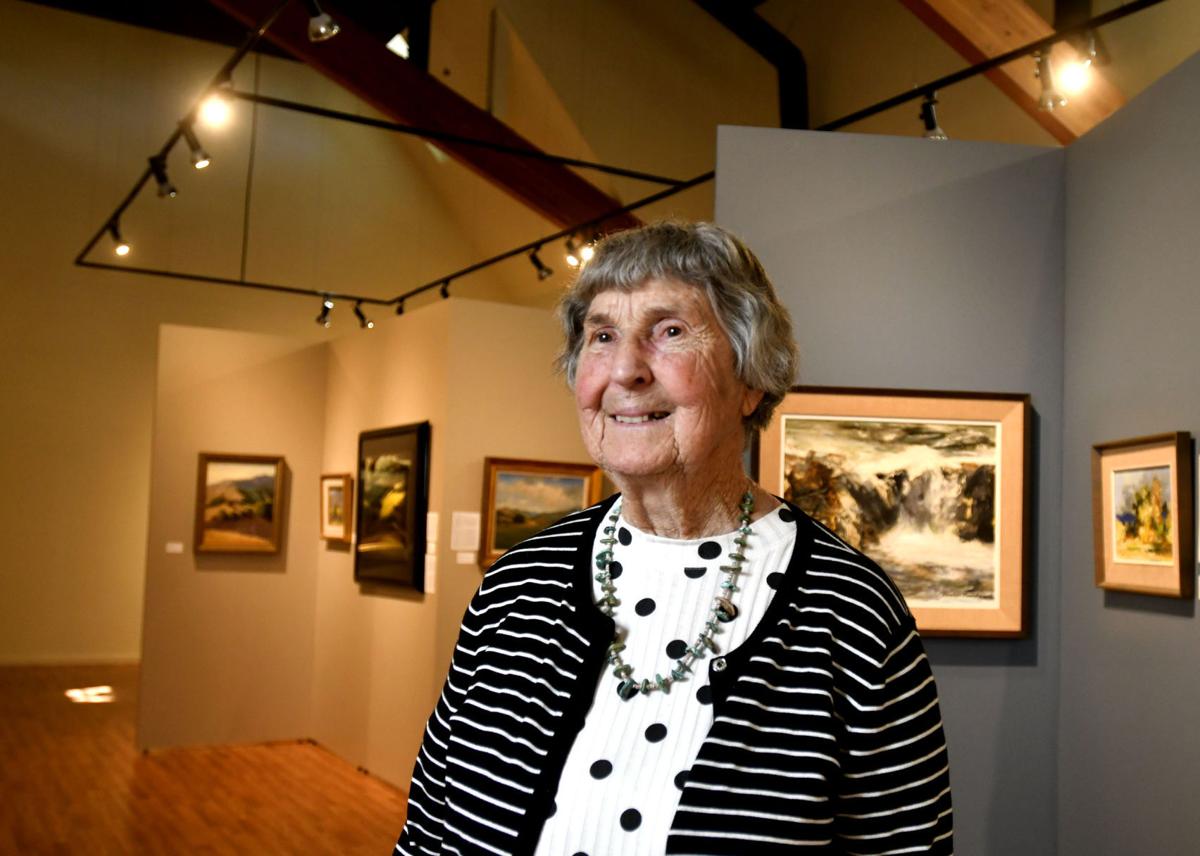 Jan Hamber is the honoree for the Wildling Spring barbecue fundraiser. She is an expert on California condors and has played a pivotal role in saving them from extinction. 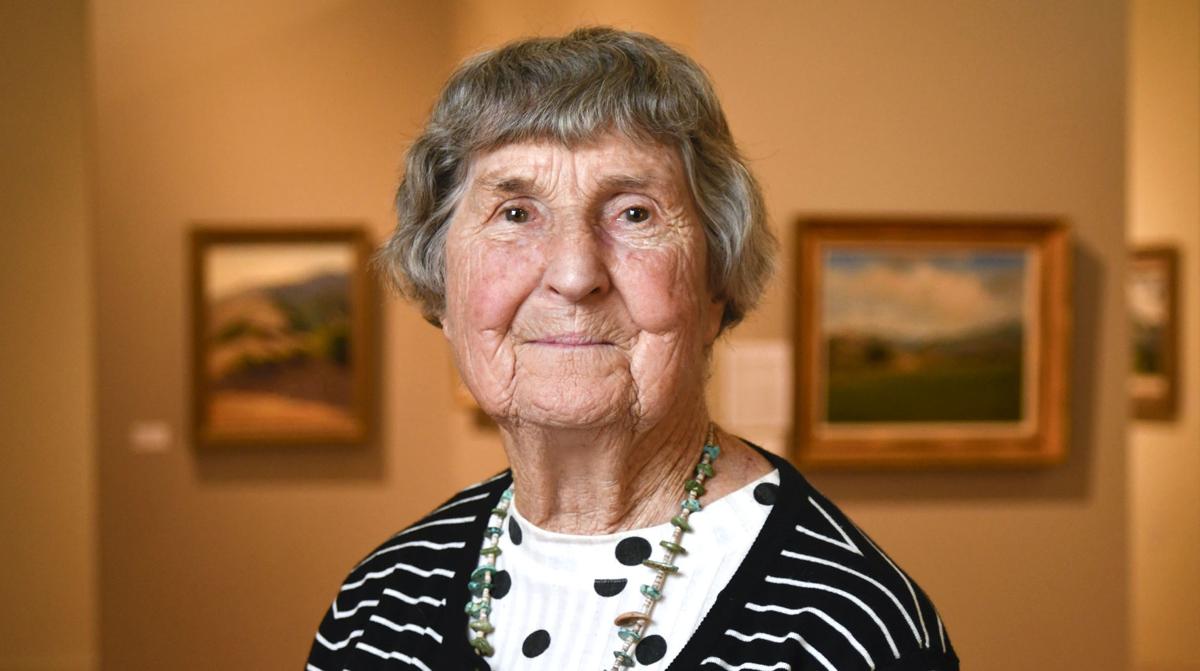 Jan Hamber has devoted much of her life to saving the California condor from extinction. 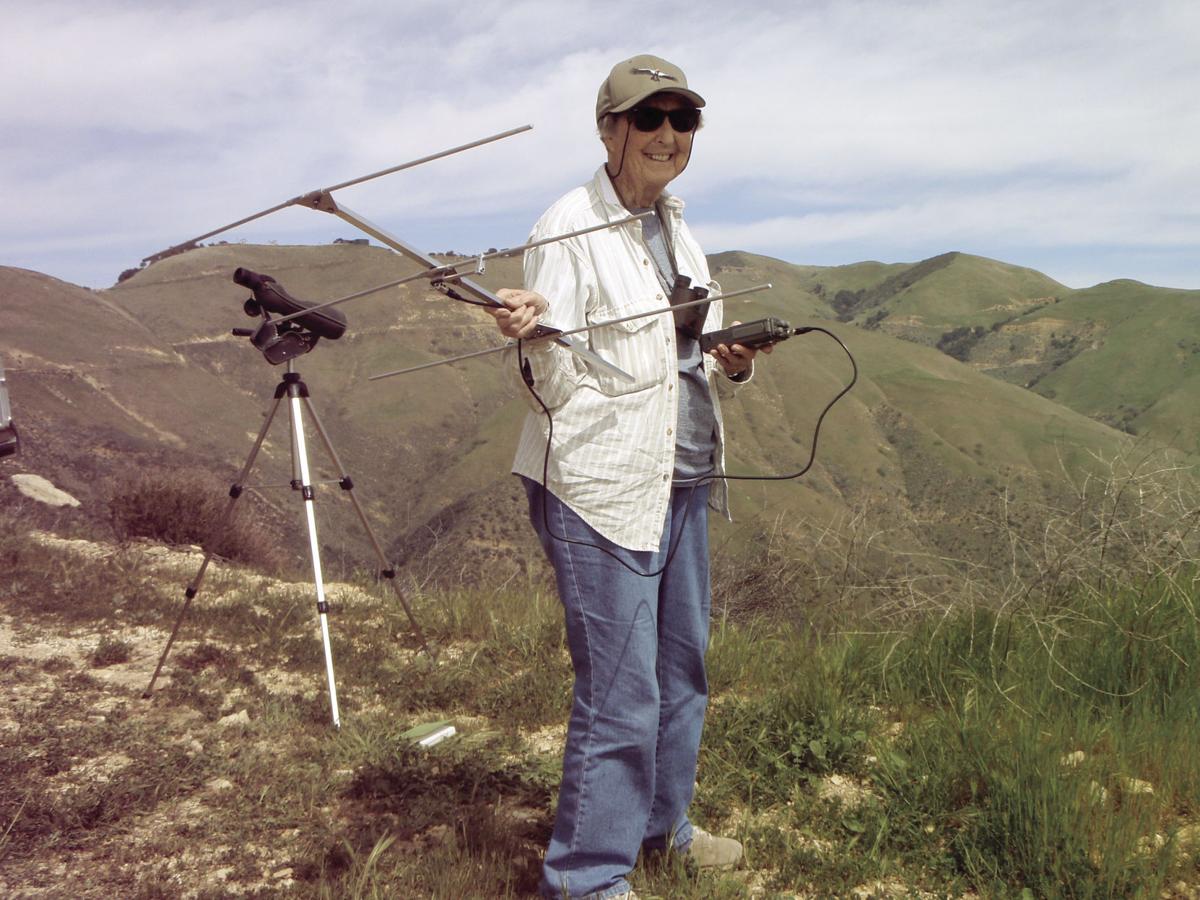 California condor champion Jan Hamber tracks the giant birds in Santa Barbara County backcountry. She is being honored by the Wildling Museum of Art & Nature.

Jan Hamber doesn't mind telling you her age. She's 87 years old, or perhaps better to say, 87 years young. Dates, names, places: Her mind operates at computer speed as she shares her 70-year association with birding, and more importantly, her nearly 60-year association with the California condor. Hamber is a founding member of the Santa Barbara Audubon Society and has been with the Santa Barbara Natural History Museum since 1959, originally as a volunteer. She is currently in charge of the facility's California Condor Archives.

In celebration of Hamber's dedication to saving one of America's most magnificent species, she is being honored by the Wildling Museum of Art & Nature with its Wilderness Spirit Award on April 30 at its primary fundraiser, the Spring Barbecue.

Hamber was raised in New York City. Her father taught agriculture at a local high school.

"He would walk me around and was always pointing out birds and flowers and trees," Hamber said of her introduction to birding. It stuck. As a Girl Scout, she recalled wanting to get a badge in birding while her troopmates were more interested in hostessing.

"I was a fish out of water," she said with a hardy laugh.

Hamber went on to Cornell University, where she took a course in ornithology taught by Dr. Arthur Allen. It was was the first course in the field offered at a major university. She still vividly remembers her first walk around the College of Agriculture campus with Allen.

"We were walking along and he raised his glasses. He said, 'the first robin of spring!' I didn't look at the damn robin. I thought, I've seen that every spring in my life. I looked at him and I thought, 'Wow, he's an old man' -- he was probably 50 at the time -- and I said to myself, 'He is still excited about this.' It was that particular moment that I thought, 'This is amazing. He's still excited about seeing a very common bird.'"

After getting married and completing her degree, Hamber and her husband spent time in Alaska, Florida and Connecticut before moving to California in 1957. Two years later, the young family relocated to Santa Barbara. Hamber still lives in the house she purchased for $17,500. Not long after they settled in and Hamber's son went off to kindergarten, she went to the Santa Barbara Museum of Natural History and signed up to volunteer.

She's worked her way up to curator of ornithology mammalogy and had gotten to know Dick Smith, a conservationist, naturalist and environmental reporter, who was regularly off in the Santa Barbara backcountry. In 1973, he and a Forest Service archaeologist were off looking for Indian caves when they came upon a young condor perched on a rock. It was the first recorded sighting of a California condor in Santa Barbara County since 1902. Already knowledgeable about California condors, Smith was excited about the opportunity to study this fledgling.

"He'd been working with the Forest Service to get into places where there are locked gates. They told him if he had an ornithologist with him, they'd give him the keys," Hamber said. Smith recruited her.

Smith died of a heart attack in 1977 -- almost 65,000 acres of Los Padres National Forest have been named for him -- and it was left to Hamber to continue with the tracking.

"I'd never backpacked in my life," she laughed. So she called upon her husband, a former Boy Scout, for help. He didn't know biology or anything about condors, but Hamber trusted him with her life. They traveled all over the backcountry tracking a pair of condors, the Santa Barbara Pair, named Groucho and Spot.

A key time in California condor history was 1980, according to Hamber. There were dozens of experts from a variety of organizations trying to figure out why the condor population kept declining. A debate raged as to whether to capture one of the remaining birds in the wild for a captive breeding program. The Los Angeles Zoo had the only captive-bred male condor. If a female was captured, they could start subcaptive breeding. There were people who were vehemently opposed to any human handling of these birds.

"A huge contingent was prepared to let the condor go extinct, to 'die with dignity' is what they called it. There is nothing dignified about being shot by a hunter or being ill and not cared for and falling off a tree rotting in the chaparral," she said, still seething over the debate. "I do not see that as dignified."

Perhaps most importantly, 1980 was the year the connection was made between lead and the disappearing condor. California condors are scavengers frequently feeding on the remains of animals that died after being shot by hunters. Numerous studies over decades have established that lead poisoning is the primary cause of the condor's disappearance.

By 1987, there was exactly one California condor still in the wild. Hamber was out with the trappers when the bird was captured and taken to the Los Angeles Zoo for breeding. She is still emotional about the decision, as necessary as she believed it was.

Thirty years since that day and 50 years since the bird was named an endangered species, bringing the California condor back from the brink of extinction remains a daily challenge. There are still fewer than 500 condors in the world, about half in the wild.

"It is a slow process and we're still losing birds as they are put out in the wild. Lead is the most obvious answer," Hamber said.

She is encouraged, though, by the efforts to convince hunters they can enjoy their sport with nonlead ammunition. There has been a slow but steady change in attitudes, she said.

"To me it's obvious, we have to get the lead out. The goal would be to have a national ban on lead ammunition."

Hamber is still active with the Santa Barbara Natural History Museum and Santa Barbara Audubon. And she is still out bird watching. She may not be hiking in to the nests anymore; instead she's out with her telescope or her telemetry unit picking up signals from tagged birds.

"I'm still as excited seeing them as Professor Allen was with that Robin," Hamber smiled. "There is something so magical about them. They literally have personalities. They are very curious and they are very intelligent. And they're more unique than we are."

For anyone in the area wanting to see a California condor, Hamber suggests Bitter Creek National Wildlife Refuge in Kern County. It's not open to the public, but you can park along an adjacent road and have a good chance of seeing a condor.

Her directions: Take Route 166 out of Santa Maria through Old Cuyama to Hudson Ranch Road.

"Turn there, pass the sign that says 'Welcome to Bitter Creek,' drive another five or so miles up the road to a sign that says Entering Bitter Creek. Stop there. They release condors there and feed them. Nothing is guaranteed, but it's a good place."

The 411 on the Spring Barbecue

The Wildling Museum's 14th annual Spring Barbecue will take place April 30 from 3 to 6 p.m. at Rancho San Antonio in Buellton.

The honorary induction is celebrated in tandem with the resort's 75th anniversary this year.

San Marcos Pass has been used to connect the coast and the Santa Ynez Valley for thousands of years. The Chumash used the Pass as the main trading route between the coastal and Valley Chumash villages. Later, the Spanish missionaries and soldiers used the Pass to travel between the missions.

Gary Litle passed away April 19, 2021 at the age of 77 after a valiant battle with cancer. He was a long time resident of Santa Ynez, CA. He g…

Allen "Peter " Johnson, former President and CEO of Valley Oaks Bank, died after a brief illness on April 25, 2021 in Rapid City SD. He was 85…

Today in History: The Vietnam War ended as the South Vietnamese capital of Saigon fell

Today in History: Christopher Columbus landed in Jamaica in 1494

Today in History: Margaret Mitchell won the Pulitzer Prize for her novel, 'Gone with the Wind'

Jan Hamber is the honoree for the Wildling Spring barbecue fundraiser. She is an expert on California condors and has played a pivotal role in saving them from extinction.

Jan Hamber has devoted much of her life to saving the California condor from extinction.

California condor champion Jan Hamber tracks the giant birds in Santa Barbara County backcountry. She is being honored by the Wildling Museum of Art & Nature.