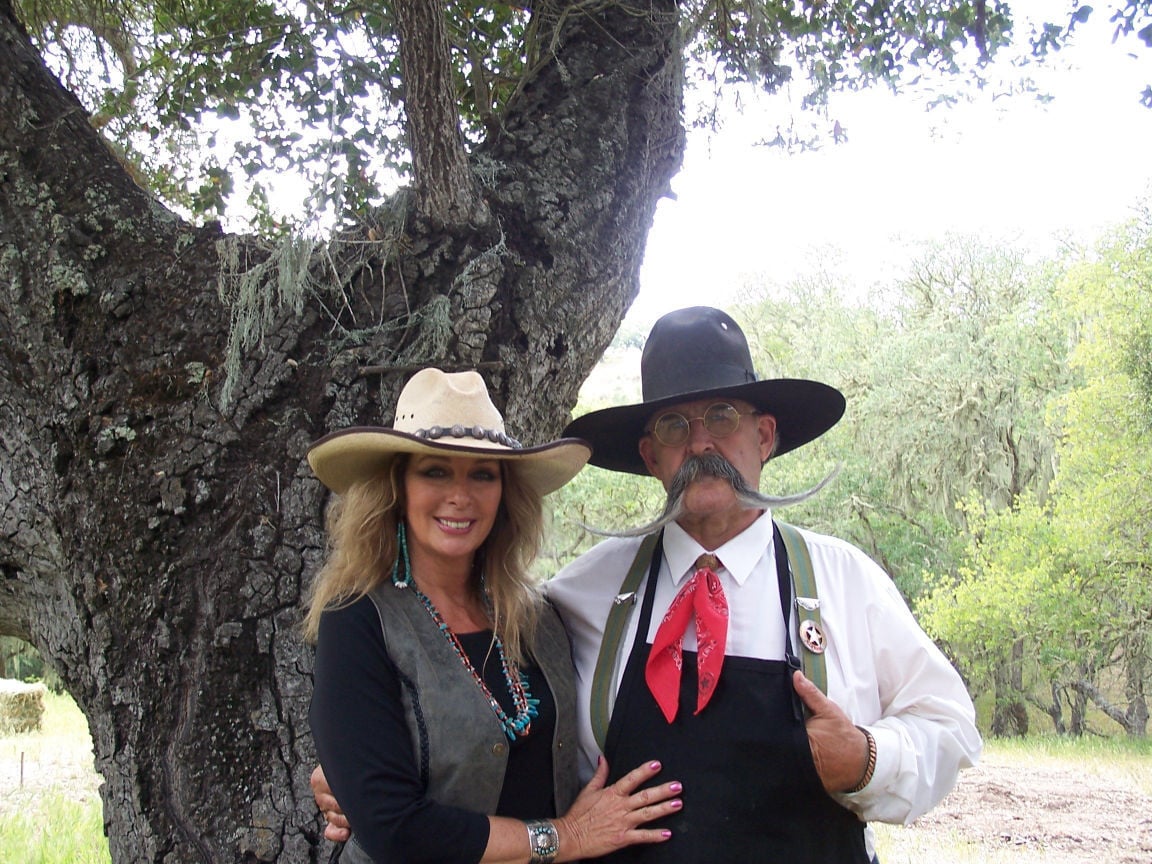 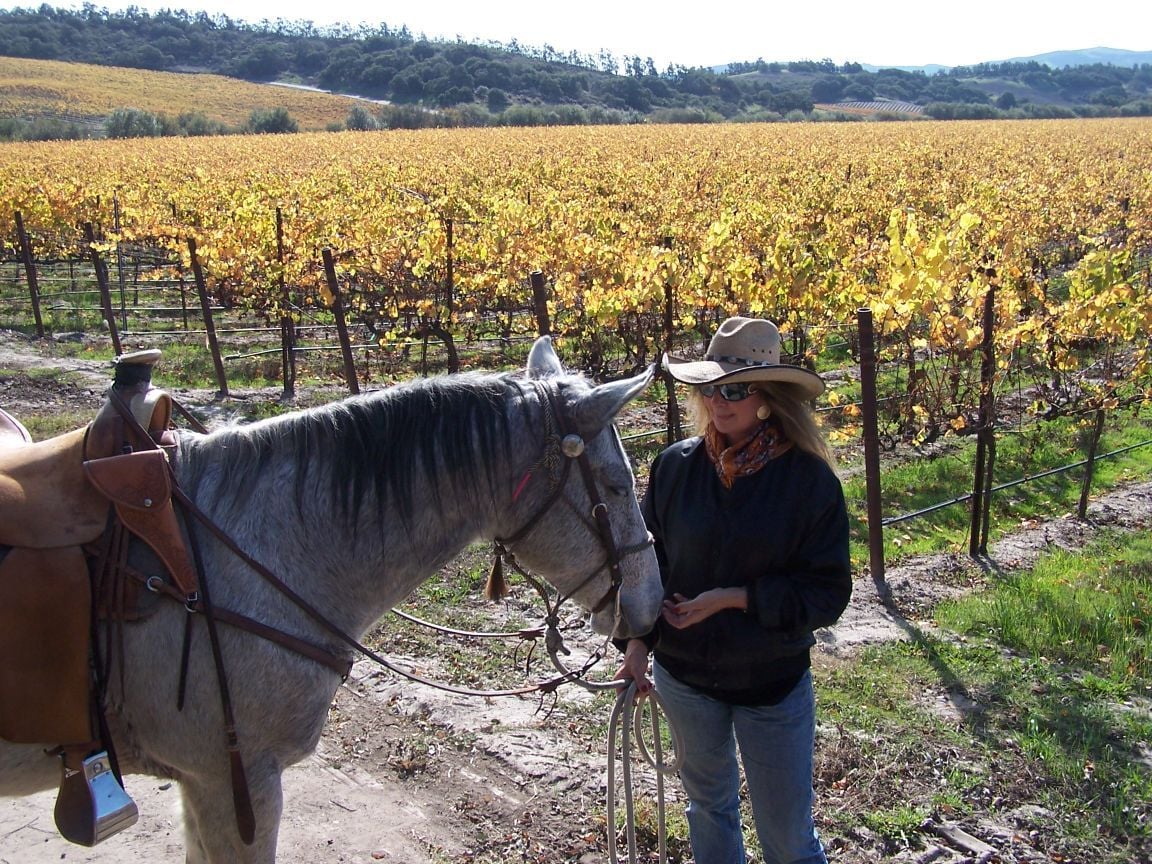 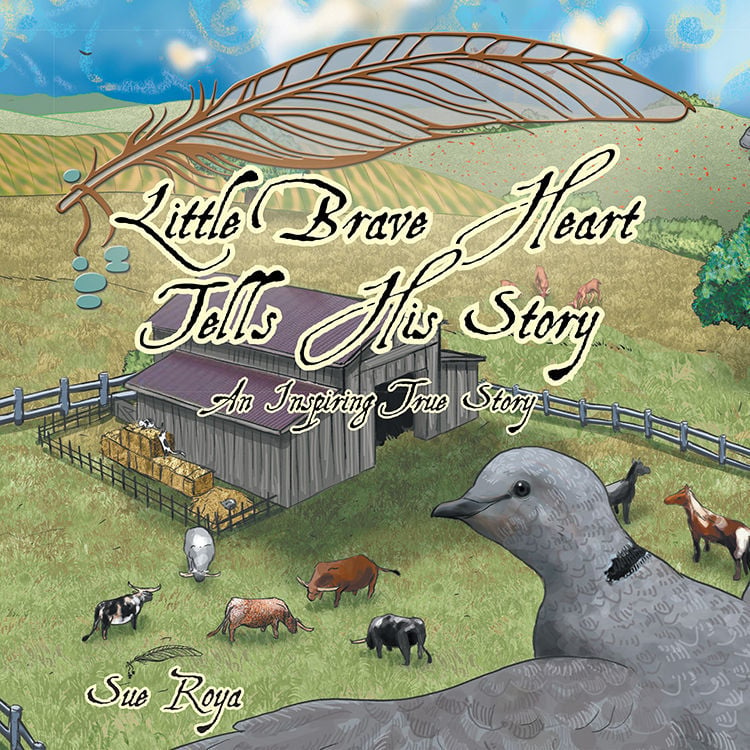 Did you ever notice that so many people who love horses are often very talented in other ways? Some do leather work like Rick Layman or paint pictures like Suzan Hamilton-Todd or create horse sculptures like Pat Roberts.

Sue Roya Ruiz has found a way to express her talents through writing. This “cowgirl” has written a book titled “Little Brave Heart Tells His Story.” She has turned the simple act of watching a wild dove’s struggle to survive into an inspiring little book. You’ll read exactly what happened and it’s told right from the beak of a wild bird.

Sue tells me, "One morning, my husband, Billy, came into the kitchen and said ‘Look what I found lying out in the mud in the arena.’ It was a little gray dove whose head was hanging over to one side, as if his neck was broken. But we could see that his eyes were blinking and he was still alive. So we got a box, lined it with a fluffy towel, and carefully laid him on it. I propped his head up so it was in a normal position. Then I got an eye dropper and he took some water and oxygenated chlorophyll elixir. I made kind of a pillow of wild bird seed and placed his head upon it, but he would not eat."

Somehow, Sue sensed that this little bird really was determined to live and she got another idea. She went to the feed store and bought some wild dove mix. “When I placed it near his head, I was delighted to see that he really wanted to eat and he just gobbled it down! This gave us a lot of hope. Every day I would put my hands underneath him and encouraged him to stand. But he still couldn’t support his head.”

We won’t spoil the heart tugging outcome of the rest of the story. You’ll have to read the book for yourself. But we’ll bet that you’ll want to give it as a gift to others facing challenges. Perhaps you know that people take dogs into hospitals to cheer patients up and I actually met a lady who took a very well behaved pony inside to visit.

Sue Ruiz has had many other wonderful adventures in life. After being born in Niagara Falls, New York her family moved west. She has lived on the Central Coast most of her adult life and has enjoyed riding and promoting Paint horses.

One of the most exciting moments was when her Paint mare, Puddin’ H’s Hija, won a State Reserve Championship in the brood mare class in 1983.  “I bred her to Al Reece’s famous Paint stallion Gambling Man, three times. She had a black head and white mane and was so spectacular looking that the TV personality George Michaels bought her from me." Sue is also an experienced  cowgirl and can herd cattle with the best of them.

Sue and her husband, Billy Ruiz, have a catering business called “Cowboy Flavor” and they appeared together on their own TV shows. Many readers will remember their interesting segments centered on Dutch oven cooking. Billy is also the barbeque Ambassador for the Santa Maria Chamber of Commerce. He’s has had some wild adventures in the catering business, especially at Michael Jackson’s Neverland estate.

As Billy was preparing the steaks at the Elizabeth Taylor-Larry Fortenski wedding, photographers floated down in parachutes from circling helicopters. Luckily they missed landing on his big barbecue pit. Another amazing adventure was when Japanese visitors became so intrigued with his food preparation that they flew him and his barbeque equipment to Japan for a special event. One can see that life is never dull for the Ruizes!

How does the coronavirus pandemic impact survivors and social security?

Unfortunately, the coronavirus pandemic spreading across the United States has put the elderly in our population at the greatest risk. There will be many new widows and widowers, and it is important that they understand their Social Security options.

Alfred Luna, Jr., 66, of Santa Maria, passed away March 28, 2020. Arrangements are in the care of Magner-Maloney Funeral Home and Crematory ww…

Like many women, I’m addicted to regular manicures and pedicures. No more.

Michael Balaban passed away at home on March 21, 2020, after battling Alzheimer's for many years. He was a man of uncommon intellect, exuberan…

Need a little good news and a couple of cute photos to get you to the weekend? The Santa Barbara Zoo announced a new arrival on their twitter …

A new poll conducted for the American Cleaning Institute (ACI) finds that four in ten Americans are not properly allowing disinfectant sprays and wipes to kill the viruses and germs that can make us sick.

Barbara and Jerry both passed away in 2020. They were devoted to each other for 68 years and leave behind 4 daughters, 4 sons in law, 4 grandc…

DEAR ABBY: This is an open letter to all those women who write to you knowing their men cheated on them and then ask, "Should I marry him?" In their hearts they already know the answer; they just want YOU to tell them "NO!"

DEAR ABBY: I've had an 18-year-old girlfriend for six months (I'm 24). She's a sweet girl who's caring, thoughtful and respectful. Every day typically goes well, and we never argue about anything -- except for when it comes to her health.

DEAR ABBY: I am an 83-year-old mother of four. I have been living with my second husband now for 21 years. Nineteen years ago, my husband loaned one of my daughters and her husband a large sum of money so they could buy a house and pay off bills and judgments. All the necessary paperwork for the loan was signed at the time of the closing with a lawyer present, and it was agreed they would pay us back a certain amount every month.