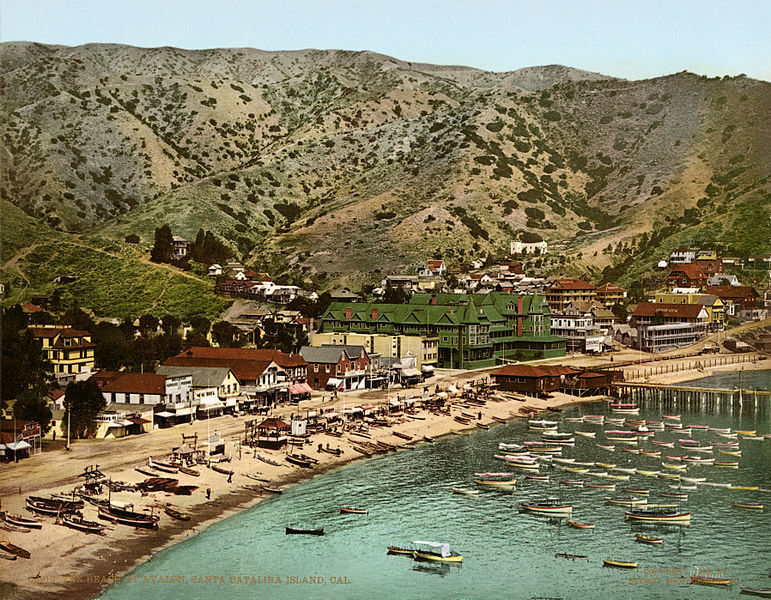 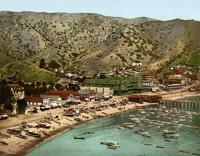 A postcard depicts Avalon Beach on Santa Catalina Island, circa 1903. 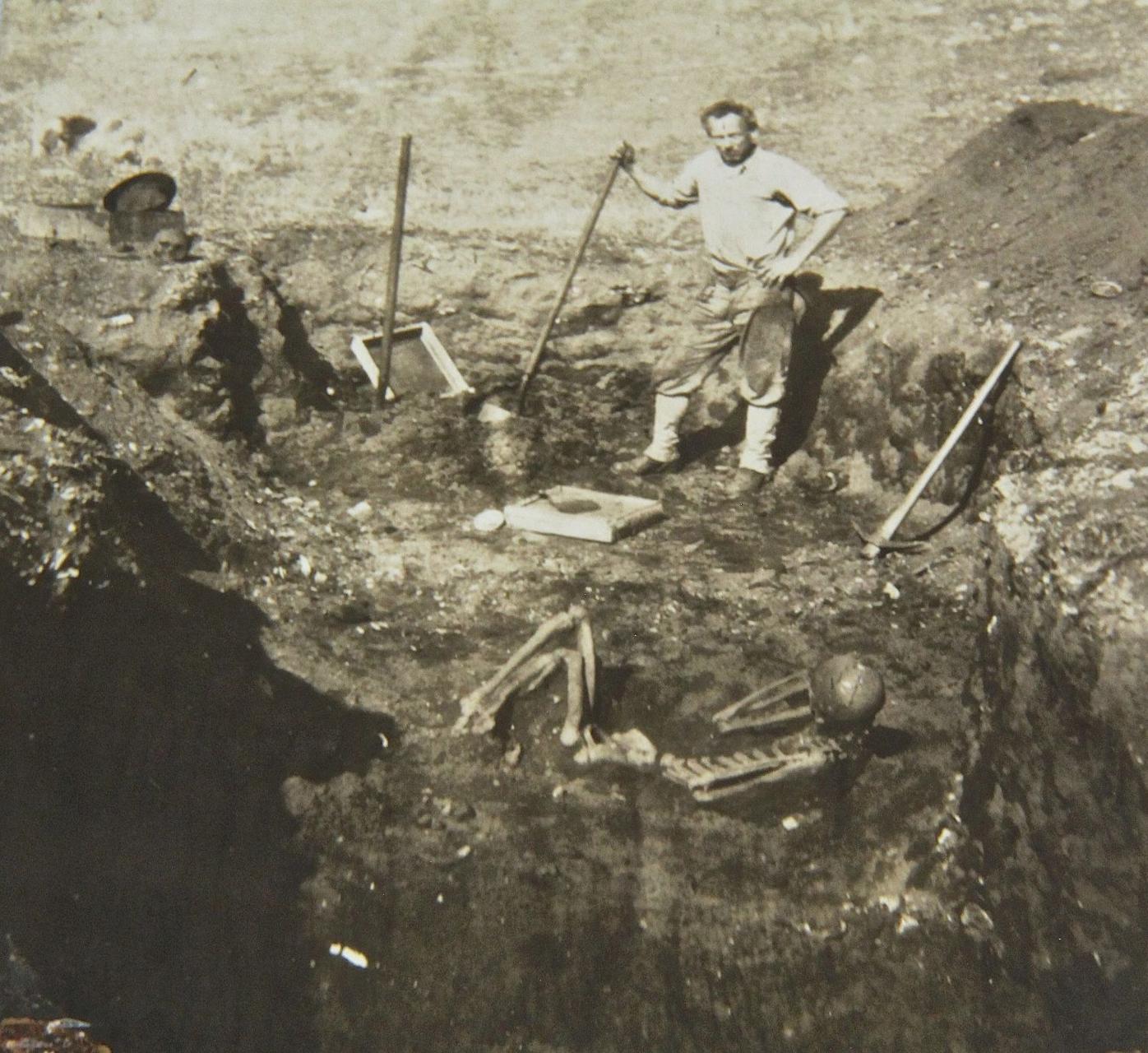 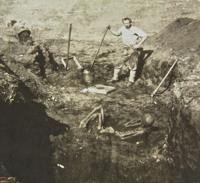 Ralph Glidden stands at a dig site beside a "human giant" he is said to have found on Santa Catalina Island during the early 20th century. 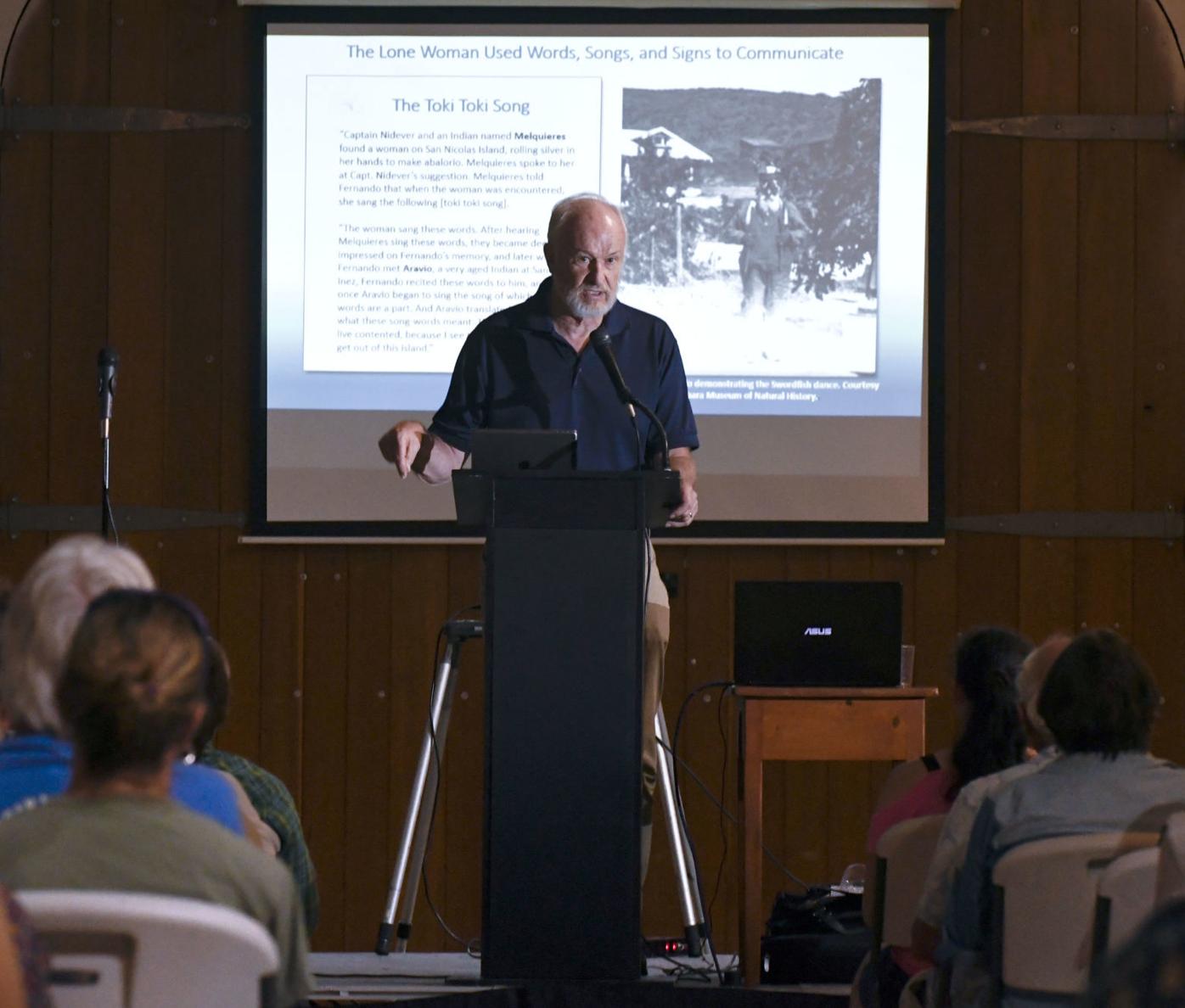 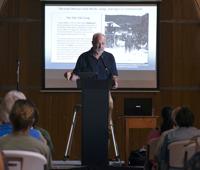 John R. Johnson, curator of anthropology at the Santa Barbara Museum of Natural History, talks about the "Lone Woman of San Nicolas Island" to an audience at the Santa Ynez Historical Museum.

Forming a cluster off the California coast are eight remote islands, the Channel Islands, five of which are monitored and preserved by Channel Islands National Park.

Over a span of 13,000 years, the islands have continued to reveal a vast and sometimes mysterious past that relies on scientists to explain — and sometimes debunk.

Left to change and evolve over time, the chain of islands has become home to a variety of lifeforms, including 2,000 plant and animal species, with 145 unique to the islands.

One of these islands, Santa Catalina Island, located 22 miles from Long Beach or an hour by ferry, is known by many as "Catalina Island" and features a population of over 4,000 today, according to the 2010 census.

Historical claims report that Ralph Glidden, a self-taught archaeologist who moved to Catalina Island with his parents as a boy, uncovered ancient burial sites in the early part of the 20th century.

He is said to have excavated more than 800 grave sites from various locations around the island — including thousands of artifacts and 4,000 human skeletons.

Glidden claimed that a "giant" and fair-haired ancient race, with adult males measuring 7 to 9 feet in height, once inhabited Santa Catalina and its adjacent islands.

John Johnson, Ph.D., curator of anthropology at Santa Barbara Museum of Natural History who has given lectures in Santa Ynez Valley on both Santa Rosa Island and San Nicolas Island, weighed in on the topic.

"With regard to the 'giants' of Santa Catalina Island," Johnson wrote, "these reports are apocryphal, as far as I have been able to determine. For example, there’s a historic photo of Glidden in the background and the burial in the foreground, merely creating an illusion that the skeleton is somehow a giant."

The fate of Glidden's career, according to records, was short-lived, given that his claims were unsubstantiated and chalked up to being a money-making scheme.

"There are similar stories about such skeletons being found on Santa Rosa Island by our late curator of anthropology, Phil C. Orr, but those too have no basis in fact," Johnson said.

Johnson continues to present his research and findings along with colleagues on the earliest evidence of Paleoindians on California's coast.

Something of measurable fact, according to Johnson, is a small fragment of a human femur that was discovered by Orr in 1959 on Santa Rosa Island.

Orr called the remains "Arlington Springs Man" and suspected they could be 10,000 years old.

However, subsequent modern radiocarbon dating analysis of the bone fragments in 1989 revealed the artifacts were older, establishing an age of approximately 13,000 calendar years Before Present, or BP, Johnson explained.

Only one other find in North America, a child burial from the now-destroyed Anzick site in Montana, has ever been dated to that early age.

Johnson said early humans and wildlife crossed the Bering Strait land bridge from Siberia into the Americas thousands of years ago, and their arrival on both the mainland and the Channel Islands is undeniable.

What remains to be answered, he posited, is "how early humans crossed the deep-water channel and how they were able to survive on Santarosae, the once mega-island comprised [sic] of what are today's local Channel Islands — Anacapa, Santa Cruz, Santa Rosa, Santa Barbara and San Miguel." Johnson’s research continues.