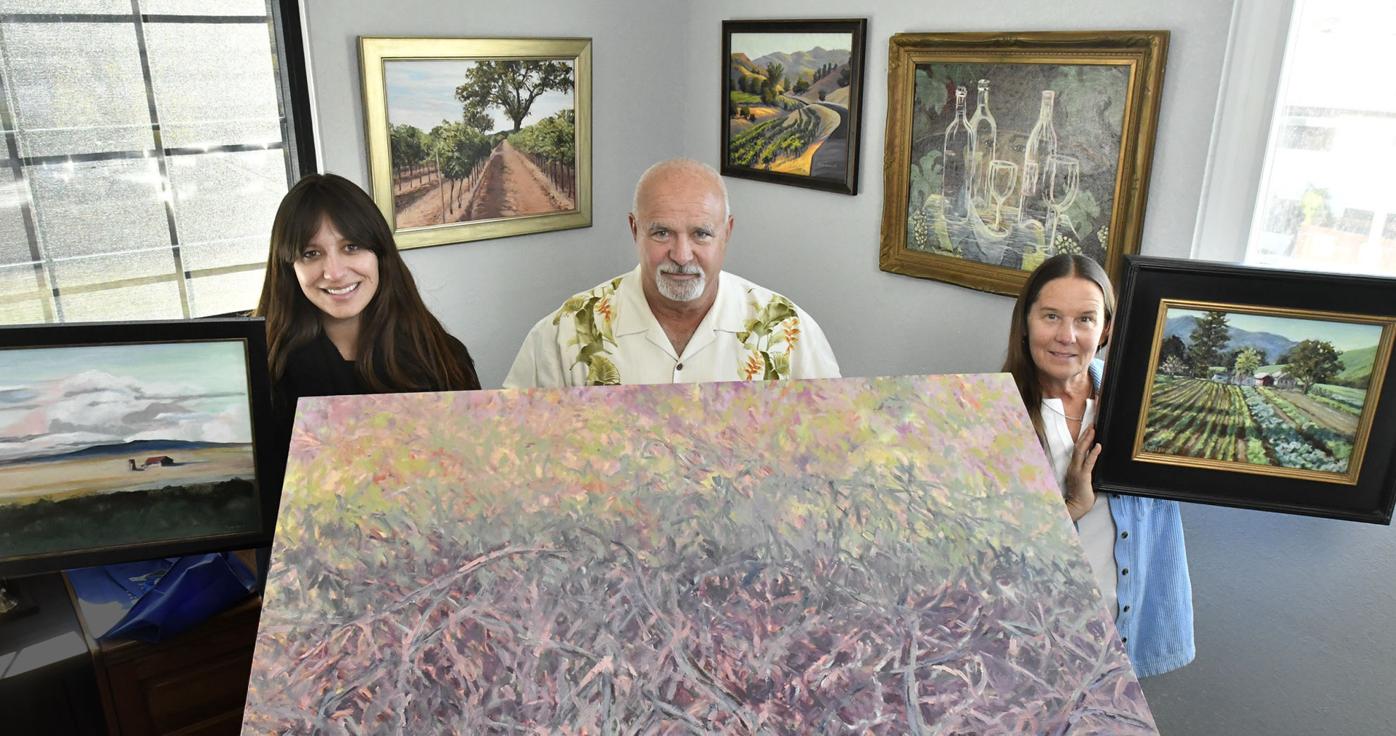 Erica Valdes, left, Dean Palius and Becky Barieau, of People Helping People, show off some of the art in the Vino de Suenos fundraiser that combines wine and art to raise money specifically for agriculture/vineyard workers. 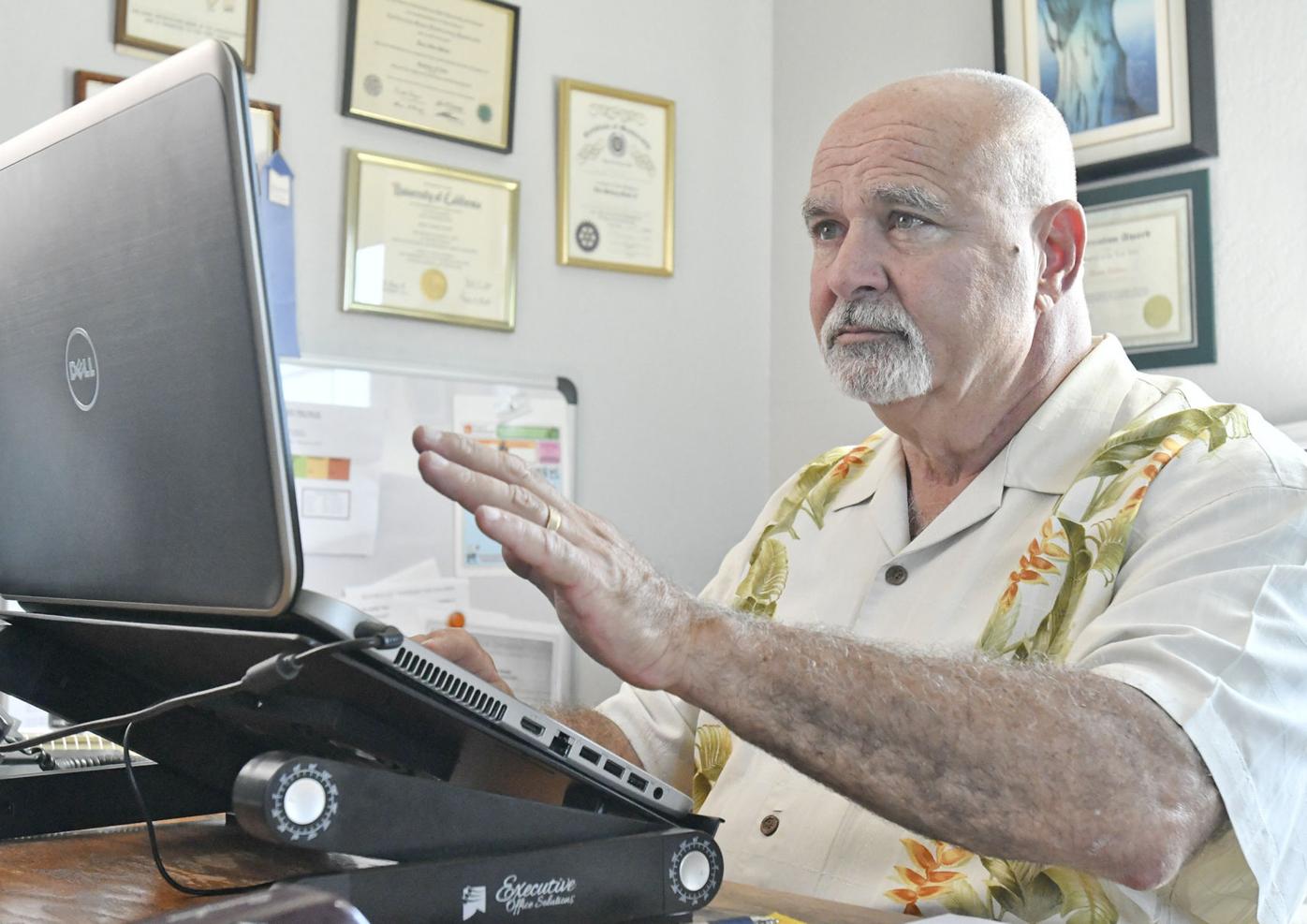 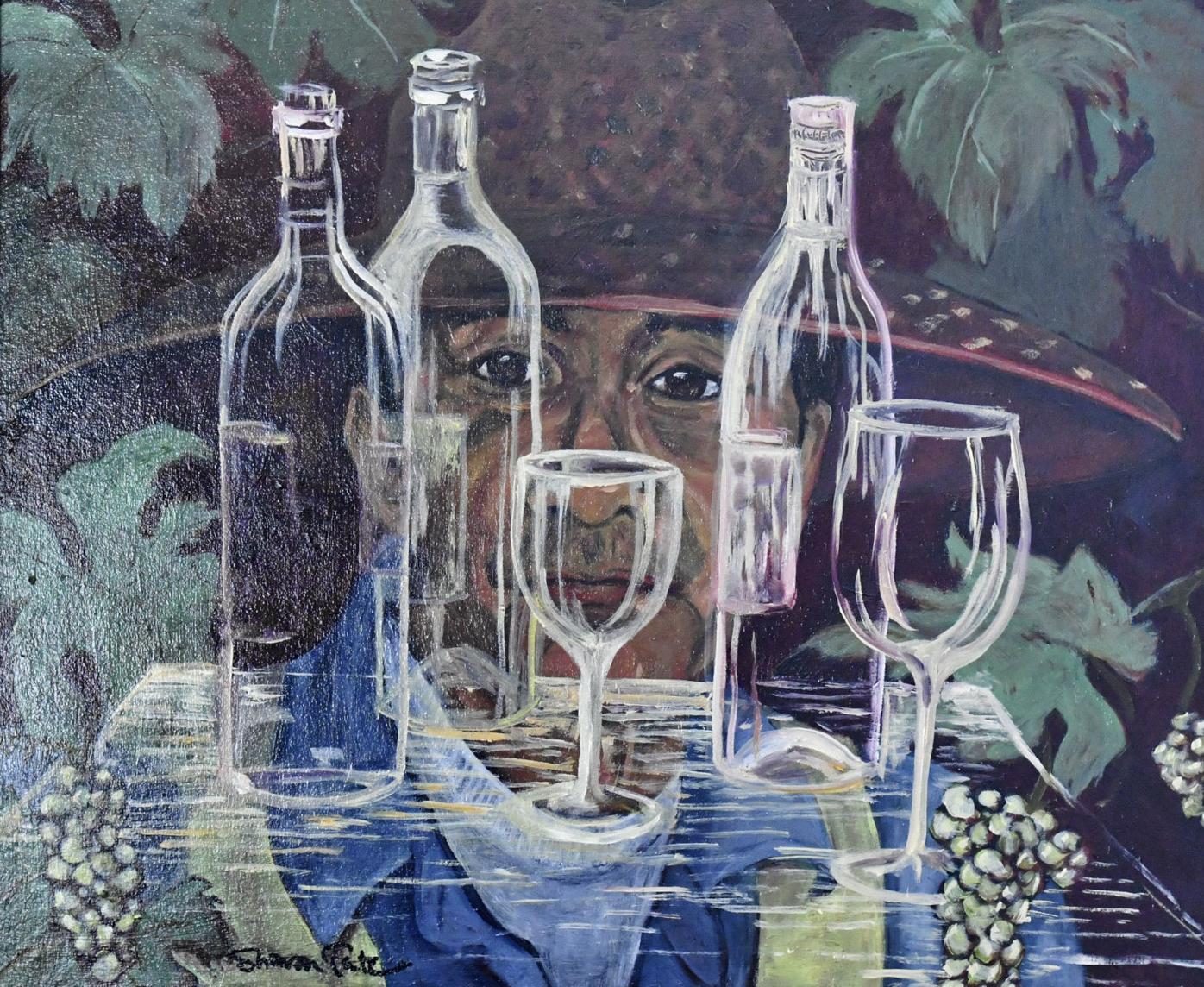 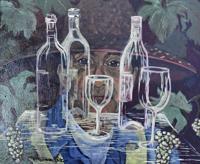 Sharon Tate's painting is in the Vino de Suenos fundraiser that combines wine and art to raise money specifically for agriculture/vineyard workers. 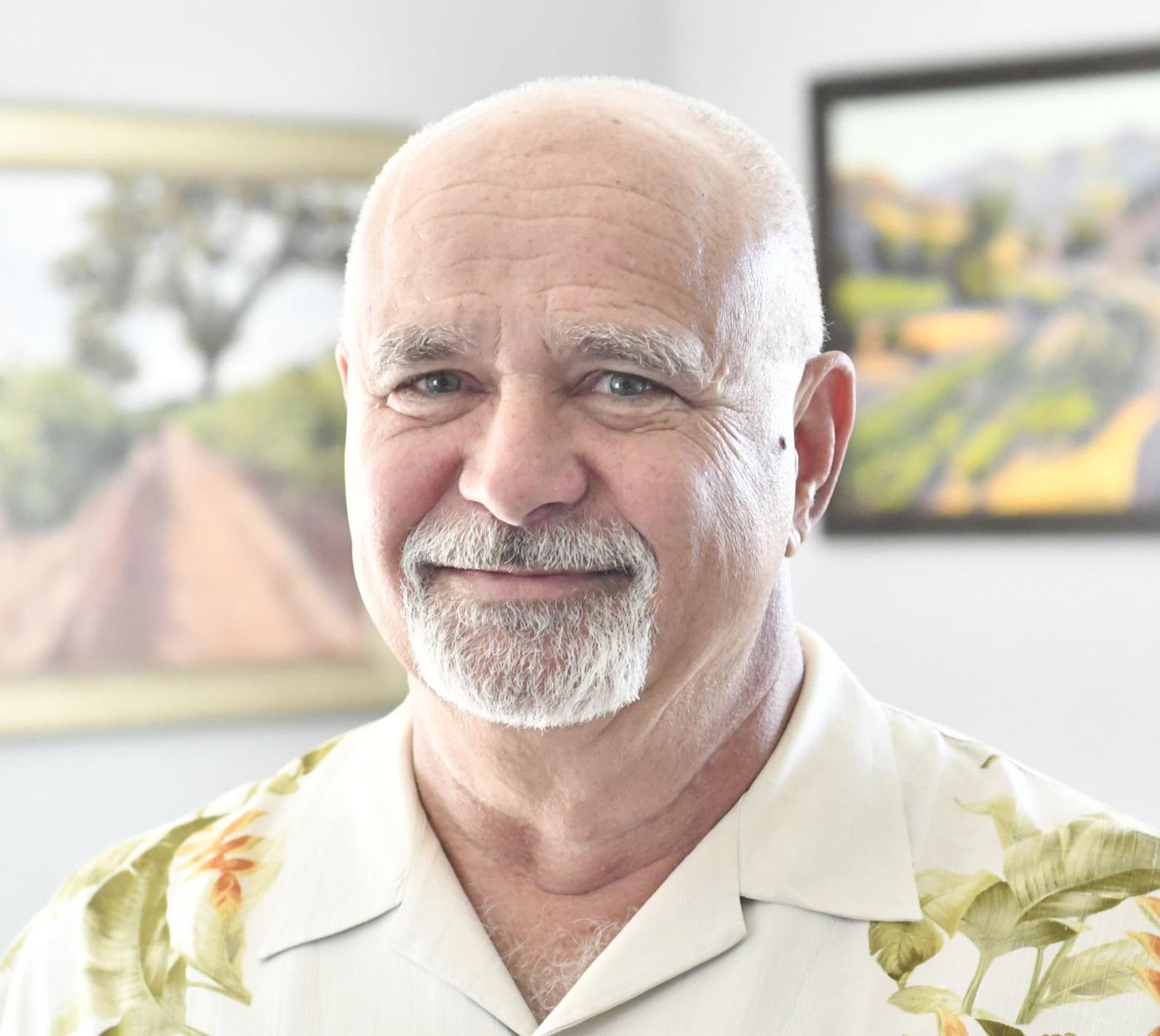 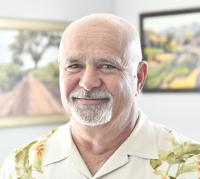 Dean Palius has been CEO of People Helping People for 25 years.

Erica Valdes, left, Dean Palius and Becky Barieau, of People Helping People, show off some of the art in the Vino de Suenos fundraiser that combines wine and art to raise money specifically for agriculture/vineyard workers.

Sharon Tate's painting is in the Vino de Suenos fundraiser that combines wine and art to raise money specifically for agriculture/vineyard workers.

Dean Palius has been CEO of People Helping People for 25 years.

His trademark tropical shirts belie the seriousness of Dean Palius' work. As the CEO and CFO of Santa Ynez Valley People Helping People (PHP), Palius runs an organization with a $2.2 million annual budget, more than 20 employees, and 350 volunteers. The budget is supported via grants donations, and fundraising events like this weekend's annual Vino de Suenos, a wine and art tasting and sale that Palius hopes will net about $60,000 earmarked for farm, ranch and vineyard workers.

PHP runs 18 different programs with an "under one roof" approach for children and families throughout the Santa Ynez Valley and Los Alamos. It assists with basic needs such as food distribution and transportation, dental care and mental health counseling, drug abuse prevention and high school mentoring, and domestic violence and child abuse prevention.

Palius had a financial consulting business when he joined the PHP board of directors as treasurer in 1993. The organization then had two full-time and one part-time employees.

"I'd come in to do the books and the treasurer's report, and was always amused that no one was in charge. Someone needed to be in charge!" Palius said.

Eighteen months later, then-Board President Victoria Pointer asked Palius if he wanted that "being in charge" job. He took it, thinking he'd stay in the position between three and five years.

"I've accomplished everything I wanted in those early years except for an affordable housing project. I'm still working on that," he said.

In his first year as CEO, the PHP budget was $80,000. Halfway through the year, the board had raised only half of that. Palius challenged the board to come up with solutions. A thrift sale that included two giant pink "Elvis" chairs, raised $3,000. It led to the eventual founding of PHP's popular thrift store.

With his background in finance and banking, Palius knew that grants, small donations and income from the thrift store, couldn't keep up with the need.

"We do a lot of strategic planning," he explained. "About 10 years ago, looking at how we could sustain our organization, we realized we couldn't survive on grants, even though we had a lot of grants. We looked at how we could get more local support, and decided the best way we could do that was through fundraising events to offer added value to our potential donors in exchange for donating to us."

That thinking led to the first Vino de Suenos nine years ago. Board treasurer Becky Barieau has been the Vino de Suenos event chair for the last eight of those.

"The first year netted $20,000. You build on that," she said. "It also makes friends. It builds an awareness of People Helping People from people who would have otherwise not heard of us."

The concept for Vino de Suenos ("wine of dreams") may be unique in the viticulture world. A dozen of the area's top wineries donate wine that will be tasted and sold under special Vino de Suenos labels. Each label is a reproduction of an original piece of art donated by a corresponding 12 painters. That original artwork is also sold at auction. Everything from the graphic services that turn the paintings into labels, the printing, and bottle labeling is donated. Restaurants donate food served during the tasting and sale. The silent auction offers additional wine, lifestyle and travel items, and jewelry, according to Barieau.

Next up on Palius' crowded plate is moving the PHP thrift store from its current Solvang location to 175 McMurray Road in Buellton. The move was necessitated by the demolition and remodeling of its existing space.

"We're developing a whole moving plan for a move around Jan. 1," Palius said. The present inventory will be completely sold off to avoid moving costs, and large items, such as furniture, will be the first donations accepted in Buellton prior to the official opening. At 2,000 square feet, it is less space than the PHP thrift store has in Solvang but they should be able to almost double their size 18 months later when an adjoining space becomes available.

It's all about problem solving, said Palius, and he called that his "strongest asset."

A board of directors that has kept its CEO in place for more than two decades apparently agrees. It's a relationship of mutual admiration with Palius calling his board well-educated, interested in educating itself and hard-working.