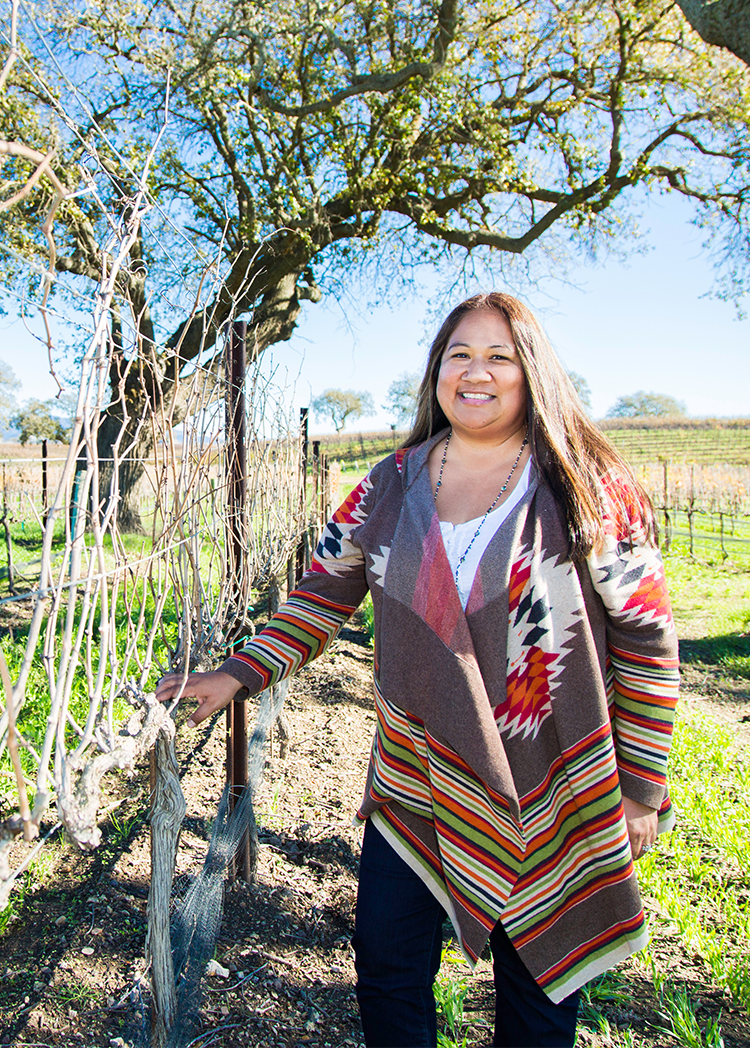 Kita winemaker Tara Gomez, a member of the Chumash tribe, has been making Kita Wines since 2010. 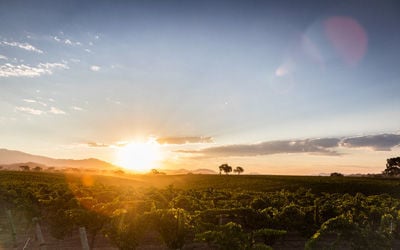 The acclaimed Camp 4 Vineyard is the foundation of Kita Wines

I really enjoy spending quality time in the Santa Ynez Valley whenever I visit, so my husband Dan and I usually stay over for two or three days. Thanks to the Santa Ynez Valley band of Chumash Indians, we can get a reasonably priced, premium hotel that’s clean, safe, and conveniently located to accommodate our schedule.

Staying mid-week is the key to getting good value hotel prices, which I always find online. We usually enjoy happy hour, and/or dinner at their upscale restaurants, including Willow at the Chumash Casino Resort in Santa Ynez, and Root 246 at Hotel Corque in Solvang. That’s how I came to know the Chumash tribe owns their wine label, Kita.

In both restaurants, they offer their Kita wines at good value prices. The name Kita is rom the Chumash language Samala word for “our valley oak.” The tribe explains on their webpage: “Like the valley oak, our wine highlights the gifts from Mother Earth and embodies the spirit of the Santa Ynez Valley. Kita Wines are crafted using sustainable methods and a blend of old world and new world winemaking techniques.”

While they offer many well chosen selections on their wine lists from some of our finest local wineries, the prices will be higher. I do appreciate having the option of value choices versus special selections that can be costly. In fact, during our last visit to Solvang in late January, we stayed at the Hotel Corque and found the Kita grenache rose on the “last chance bottles” list at a great price. It was very good and enough to motivate us to visit the tasting room on the outer edge of the Lompoc Wine Ghetto to try more of their wines. It turned out to be a very enjoyable tasting and meeting with the tasting room manager, Brittany Carter.

Kita is produced in the Lompoc Wine Ghetto by winemaker Tara Gomez who is a citizen of the Chumash tribe. She has a long, interesting history of working in the wine industry before she was hired as the Kita winemaker. Thanks to a scholarship from the tribe, Gomez studied enology at the California State University Fresno. While there, she earned an internship at Fess Parker Winery. Her love of chemistry provided her a job at Fess Parker Winery when she graduated in 1998.

A few years later, Gomez became the enologist/lab manager at J. Lohr Wines in Paso Robles. While at Lohr, she was allowed to produce her own brand, and develop her winemaking style with her own label Kalawashaq Wine Cellars. She was focused on Bordeaux varieties including cabernet sauvignon, merlot, cabernet franc, zinfandel, and syrah.

Gomez traveled to Europe frequently while still at Lohr, honing her craft by learning old world winemaking in France, Spain, and Germany. After nine years at Lohr, she returned to Europe where she worked in wineries for two years. In 2010 the Chumash tribe purchased the acclaimed Camp 4 Vineyard. Gomez had always wanted to give back to the tribe for the education they provided for her, and this vineyard purchase allowed that to happen. She was hired as their winemaker to produce Kita wines.

The Camp 4 Vineyard was originally created by Fess Parker who planted the vineyards on the eastern edge of the Santa Ynez Valley. Dan and I visited the site with Parker in 1999, not long after he had planted the vineyards. I was very impressed by Fess, who was a down-to-earth man considering his illustrious career in television and the film industry. He showed us , the beautiful site and told us of his plans for planting it with 256 acres of premium wine grapes. The entire site, comprised of 1,400 acres, is within the Santa Ynez Valley appellation.

Although the tasting room and the winery share the same building, we didn’t get a chance to meet Gomez. But our visit with the personable Carter was educational and fun. Like us she was the ultimate fan of our growing culinary and wine industry, so we shared our favorite places to dine, and taste fine wines.

The tasting room is located at 300 N. 12th St., Unit A, adjacent to the Lompoc Wine Ghetto. The office number is 805-819-1372, or contact them by emailing info@ kitawines .com. They open Thursday and Friday from 2 p.m. until 6 p.m.; on Saturday from noon until 6 p.m.; and Sunday from noon until 5 p.m. If you want to visit Monday through Wednesday, you must make an appointment. There is plenty of free parking, and three other wine tasting rooms to visit while you’re there.

We were impressed by all of the wines, but leaned to our favorite styles with their grenache rose and pinot noirs. The prices range from $20 to $55 a bottle, but joining the wine club will provide discounted prices. We got lucky enough to buy a library selection of their 2013 pinot noir, too, for the same price as their current 2015 vintage. I know you will enjoy their fine wines as much as we did.

Kita winemaker Tara Gomez, a member of the Chumash tribe, has been making Kita Wines since 2010.

The acclaimed Camp 4 Vineyard is the foundation of Kita Wines