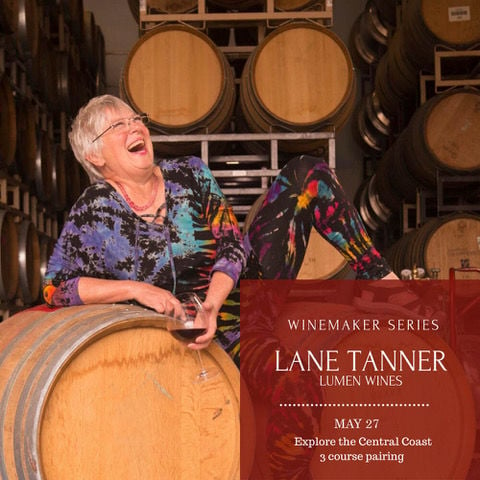 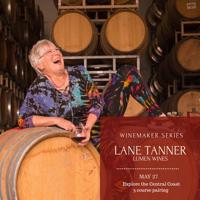 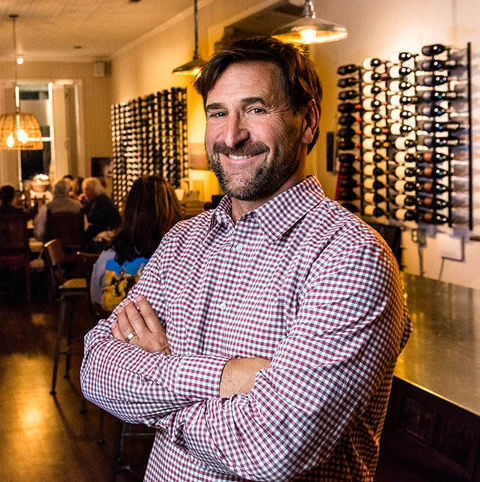 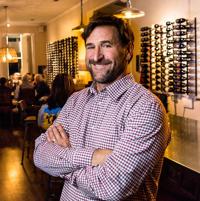 Lumen owner and co-winemaker Will Henry.

Lumen owner and co-winemaker Will Henry.

Difficult to imagine, but I was never interested in drinking adult beverages until I was in my 30s. My awakening happened while I was attending the California Culinary Academy (CCA) in San Francisco in the late 1980s.

It was my dream come true at the time because I wanted to become a top notch chef. But in my first classes about wine with wine expert Norm Roby, I discovered the beauty of fine wine when paired with the right foods was sublime. I came to believe that every good chef should know how to expertly pair wines with the dishes they created.

Yet, amazingly, a great job would come my way that would help me learn such skills. I landed an internship at Wine Spectator magazine in San Francisco in 1989. Even though I had never touched a computer in my life, and only had the most basic classes in wine appreciation, my enthusiasm won me a job and they paid me for it!

I was excited about the pay check since we CCA students were required to commit to a one month internship at a restaurant gratis (seriously, and most students resented it since they still had to pay tuition). I was just so happy to be on the path toward my dream, I didn’t get hung up on it. And learning to use computers, I thought it was one of the greatest discoveries I had ever made.

We didn’t even have cell phones then. I believe I wouldn’t have ever left my job at Wine Spectator, if I had not met my husband Dan, a nuclear engineer. And that’s how we came to live on the Central Coast, another fantastic turning point in my life. I would soon realize my lifelong dream of becoming a writer when I became a wine and food columnist. I could not have been happier after relocating here in 1996, and remain equally enthusiastic 25 years later.

I feel so blessed to know so many amazing winemakers in SLO and Santa Barbara counties who were pioneers and established the fabulous wine regions they have grown.

One of those winemakers I met the first year I was here was Lane Tanner. Lane has a wonderful, long history in Santa Barbara County. She moved here in 1980, inspired by a winemaker who was considered one of America’s most influential, post-prohibition consultants in Napa Valley, Andre Tchelistcheff. He was a Russian immigrant from Moscow who made a huge impact on Napa Valley, and other regions up and down the state.

Lane was working at Konocti Winery in Kelseyville in Lake County when she met the consultant, Andre. He not only advised her to move to the Santa Ynez Valley, he suggested to the Firestone family that they should hire Lane as an enologist. Naturally, he was the Firestone consultant, with his stellar reputation everyone wanted him as a consultant.

Lane was only the second woman, following Allison Green at Firestone, to become a professional winemaker in Santa Ynez Valley (and the rest of the Central Coast as far as I know). She was the first woman winemaker to become independent when she created her Lane Tanner brand.

Although Lane retired several years ago, she never really left the business, her husband is winemaker Rick Hill, makes wines for Tantara Winery, and his own label, Labyrinth in Santa Maria Valley.

Fortunately, (because she is quite an impressive winemaker) Lane became a full-time winemaker again. She was approached by vintner Will Henry who asked her to make wines for his new Lumen Wines brand. Will had big plans in mind when he purchased the old Los Alamos General Store on Bell Street.

Pico Los Alamos is now the tasting room for Lumen, as well as other premium wines from around the world. It’s also a fine dining restaurant open for dinner, every Tuesday through Sunday. Dinner is served from 3 until 8 p.m., brunch on Saturdays and Sundays starts at noon, and the restaurant remains open all day until 8 p.m.

During the winemaker’s dinner you can make reservations anytime between 5 and 8 p.m. All seating is at private tables, indoors or outdoors. I have been there for inside and outdoor dining during celebrations, and it is quite comfortable either way. To snag your reservations in advance (recommended), visit www .losalamosgeneralstore .com. Early reservations are $90 each, and you can choose from available time slots.

The highly-spirited Lane is a wonderful artisan to know. Vivacious and quick to laugh, she enjoys winemaker dinners where she has a chance to meet new fans and discuss her wines. In fact, she has dinner late as she want’s to visit each table of guests to discuss her fine wines.

During the three-course dinner, which is paired with Lumen wines, there will also be two library wines from Lane’s personal wine cellar to sip and savor. One of them, a 1997 chardonnay from Santa Ynez Valley she made under another brand, is showing really well right now. Who says California wines don’t age long, you’ll never believe that once you taste Lane’s library wines. Cheers!

Regional winemaker Jim Clendenen — the pioneer and visionary behind Au Bon Climat winery — died in his sleep May 15, leaving an indelible mark…