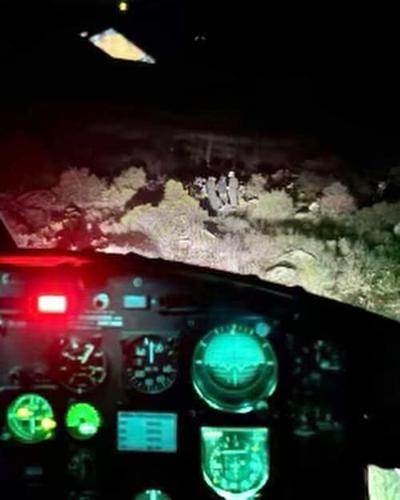 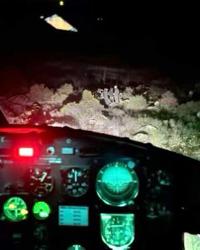 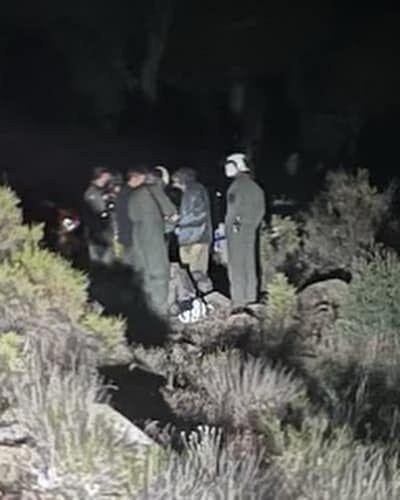 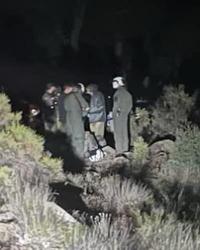 Santa Barbara County Search and Rescue and Air Support personnel rescued four individuals after they became stranded with their dirt bikes Sunday in the Los Padres National Forest, about 30 miles of Santa Maria.

Santa Barbara County Search and Rescue and Air Support personnel rescued four individuals after they became stranded with their dirt bikes Sunday in the Los Padres National Forest, about 30 miles of Santa Maria.

Personnel received a distress signal originating west of the Sisquoc River's south fork at about 10 p.m., with the caller stating the group was without water and needed help, according to Santa Barbara County Search and Rescue officials.

Officials said that due to the remoteness of the area and unknown nature of the emergency request, two search and rescue members were transported to the group's last known GPS coordinates via an Air Support Unit helicopter.

Upon arriving, the helicopter pilots used night vision equipment to search for the group of four and located them in the riverbed, approximately one-and-a-half miles west of the South Fork Ranger Station, according to rescue officials.

The man who was declared dead Sunday following a possible drowning in the Santa Ynez River, just west of the Gibraltar Reservoir, was identified Tuesday as a 37-year-old man from Santa Barbara.

The group told rescue personnel they had begun riding dirt bikes along Sierra Madre Road earlier in the day and decided to take a trail that took them into the forest. When the riders were unable to backtrack up the steep trail, they continued on with the intent of reaching another trail listed on a map contained on a cellphone, according to officials.

Officials added the riders activated an SOS beacon after realizing they used the last of their water and had no camping provisions.

Despite slight hydration, the four riders were in good condition. They didn't want to leave their motorbikes and declined further assistance, although they were given water, energy bars and a map with the closest route out of the forest, according to officials.

Search and rescue officials reminded the public that motorized vehicles are not permitted in the wilderness area of the Los Padres National Forest and urged preparedness for trips into the forest.