Evidence seized from an alleged illegal cannabis delivery service based in San Luis Obispo County is laid out on a table following a traffic stop Friday in Buellton. 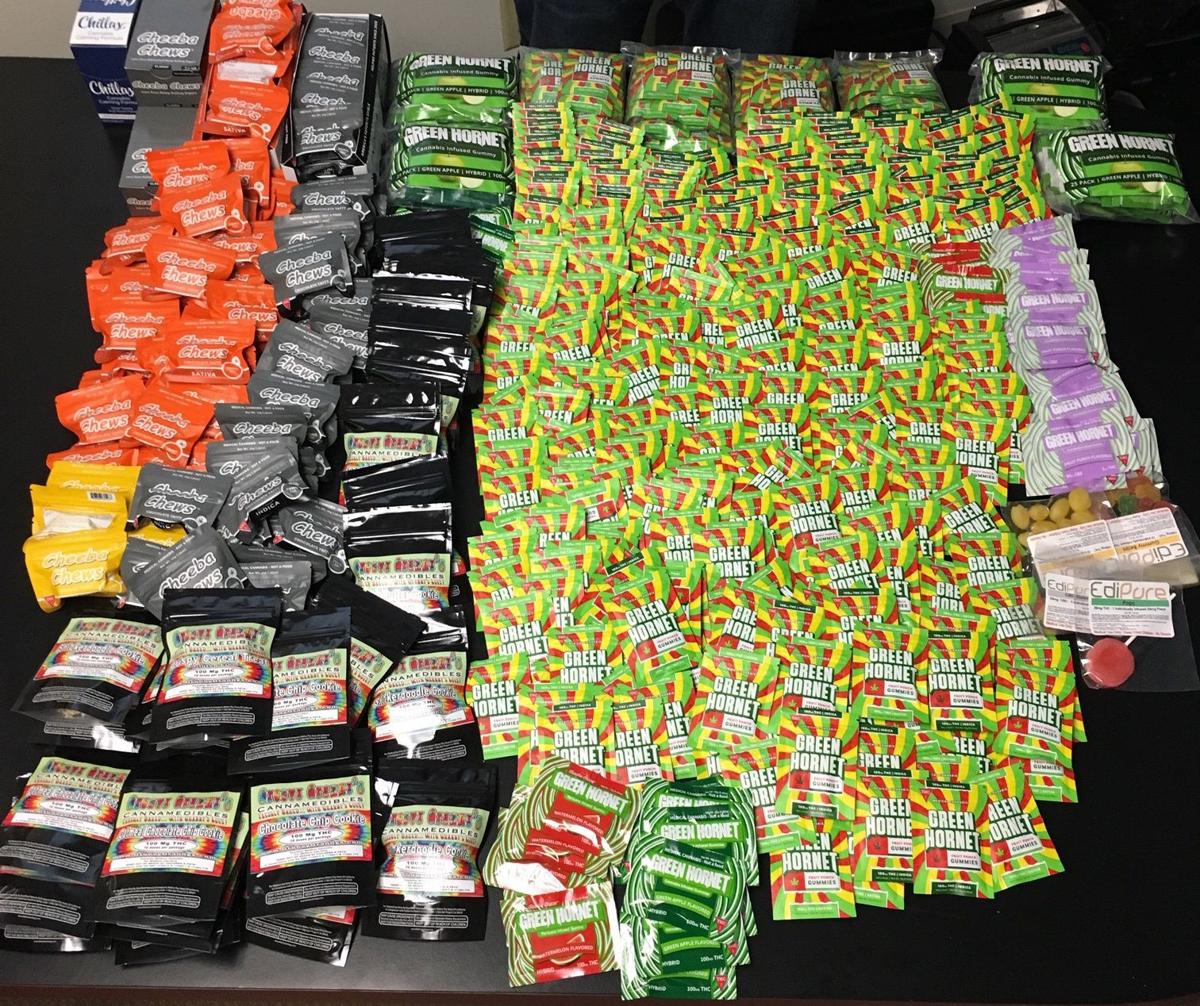 A large volume of edible cannabis products was seized from an alleged illegal cannabis delivery service Friday following a traffic stop in Buellton.

After stopping a vehicle for speeding in Buellton last Friday, a motor deputy noticed the 18-year-old driver had an open container of marijuana in the vehicle, a Santa Barbara County Sheriff’s Office spokeswoman said.

During a subsequent investigation, the deputy also discovered the driver was in possession of a large quantity of marijuana without a valid cannabis license, sheriff’s spokeswoman Kelly Hoover said.

Detectives from the Sheriff’s Special Investigations Bureau, Cannabis Compliance & Enforcement Team, were called to assist in the investigation and allegedly discovered the driver was participating in an illegal cannabis delivery service in various parts of Santa Barbara County.

Hoover said the driver was not only too young to lawfully possess marijuana, but also was working for an unlicensed delivery service based in San Luis Obispo County.

Detectives executed a search warrant, which resulted in the seizure of more than $60,000 worth of illegal cannabis products, including various types of dried marijuana flowers, vaping pens and edibles, she said.

Approximately $7,600 in cash and two allegedly unlicensed firearms were seized.

Arrests are pending, Hoover said, and because the case remains an active investigation, no further information regarding the identity of the suspects has been released.

The Santa Barbara County Cannabis Compliance Team, founded in June 2018, consists of personnel from various disciplines and county departments and focuses primarily on unlicensed and illegal cannabis operations within the county and public safety.

For information on permitting and licensing regulations in Santa Barbara County, visit cannabis.countyofsb.org.

This report was compiled by Mike Hodgson, news editor for the Santa Ynez Valley News. He can be reached at mhodgson@leecentralcoastnews.com

The Santa Barbara County Sheriff’s Office will continue serving as the police department for four cities after the Board of Supervisors approved the contracts Tuesday but not before questions were raised about subsidies and cost recovery. Meeting in Santa Barbara, supervisors voted 5-0 to approve the contracts for law enforcement services in Buellton, Solvang, Goleta and Carpinteria for a term of four years, with one two-year extension allowed.

A suspected illegal cannabis manufacturing operation in Carpinteria was raided Wednesday by the Santa Barbara County Sheriff’s Cannabis Compliance Team, which then launched an investigation into a similar facility near Lompoc that detectives believe is connected.

Evidence seized from an alleged illegal cannabis delivery service based in San Luis Obispo County is laid out on a table following a traffic stop Friday in Buellton.

A large volume of edible cannabis products was seized from an alleged illegal cannabis delivery service Friday following a traffic stop in Buellton.