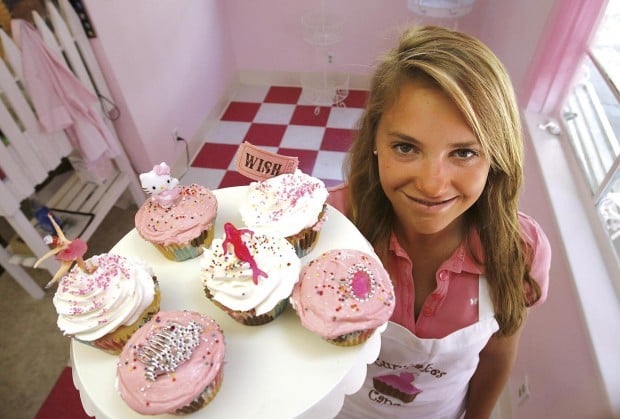 Blakely Colvin shows off some of her Cupcakes for Cancer creations in this 2009 photo. 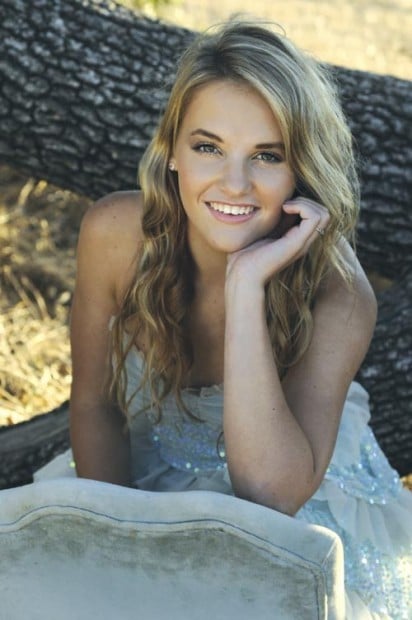 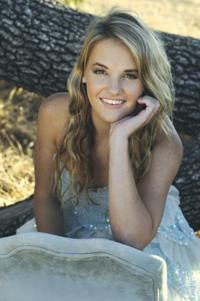 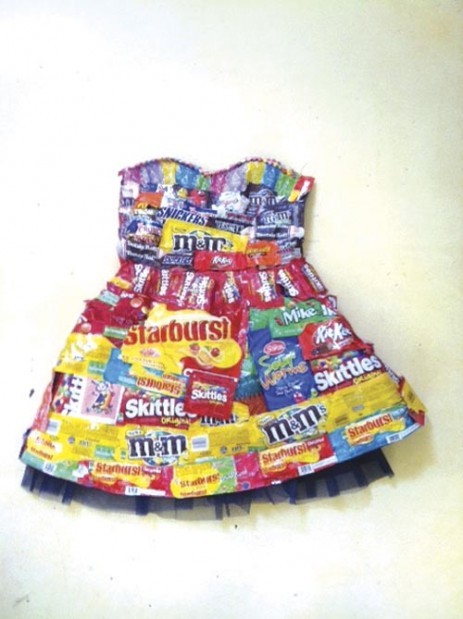 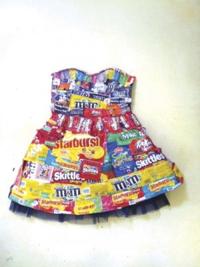 For homecoming this year, when she was a member of the queen’s court, Blakely made a dress from candy wrappers.

Blakely Colvin shows off some of her Cupcakes for Cancer creations in this 2009 photo.

For homecoming this year, when she was a member of the queen’s court, Blakely made a dress from candy wrappers.

Few young people in the Santa Ynez Valley have touched as many lives by the time they graduate from high school as Blakely Colvin has.

Blakely, who graduated Friday along with about 250 classmates at Santa Ynez Valley Union High School, has raised thousands of dollars through a charity she created herself, Cupcakes for Cancer.

In 2007, Blakely founded the nonprofit Cupcakes for Cancer to raise funds to support pediatric cancer research, grant wishes to sick children, and to otherwise help children with cancer. By selling cupcakes after school and at local events, and by recruiting others to do the same, she has raised more than $85,000, granted seven wishes through the Make-A-Wish Foundation, and provided two $1,000 college scholarships.

When she was in eighth grade, Blakely heard about Kevin Krzyston, a local boy her age, who was battling leukemia. Having been treated with chemotherapy for an auto-immune disease years earlier, she instantly empathized with him.

News of Blakely and her cupcake sales first appeared in the Valley News in October 2007, about a month after she’d starting selling the homemade cupcakes after school at Solvang School and at SYVUHS football games.

Looking back on those days, Blakely, 18, said she expected to sell cupcakes for only a few days, but the venture to help one of her peers took off to levels she could never have anticipated.

Through “Frosting Hope Across America,” a national outreach campaign to inspire others to bake and donate, Blakely has “Cupcake Angels” in several states and in South Africa.

“I don’t know how they heard of us,” she said of Cupcakes for Cancer reaching the southern tip of Africa.

In January 2011, she even appeared on the nationally syndicated Nate Berkus Show on television.

Along with the success of Cupcakes for Cancer have come many accolades from local, state, regional and national groups recognizing her work.

She is one of 200 regional scholars in the 2012 Coca-Cola Scholars Program, for which she has received a $10,000 college scholarship. The honor also included an all-expenses-paid trip to Atlanta, the company’s corporate home.

She is the first SYVUHS student to be a finalist for the award.

This year, she was also named one of 10 national winners of the Gloria Barron Prize for Young Heroes. Barron Prize winners each receive $2,500 to be applied to their higher education or to their service projects.

The Barron Prize was founded in 2001 by author T.A. Barron and was named for his mother, Gloria Barron.

In November 2011, Blakely received  the Youth in Philanthropy Award for Santa Barbara County on behalf of the Association of Fundraising Professionals at a ceremony in Santa Barbara.

The Prudential Spirit of Community Awards program named Blakely one of two California youth volunteers for 2011.

Despite the awards, honors and recognition, Blakely said she shies away from the attention.

Through the years, Blakely said, she has stayed motivated through the inspiration from cancer patients she has come into contact with who have a determined spirit to beat the disease.

Blakely said her high school days have gone by fast and she’ll miss her friends, the dances and football games. She named English teacher Tory Babcock as one of her favorites at the school.

At SYVUHS, she participated in golf, cross country and track.

Besides baking, Blakely enjoys fashion and, for homecoming, she sewed her own dress out of candy wrappers.

She is the daughter of Jim and Stephanie Colvin of Solvang.