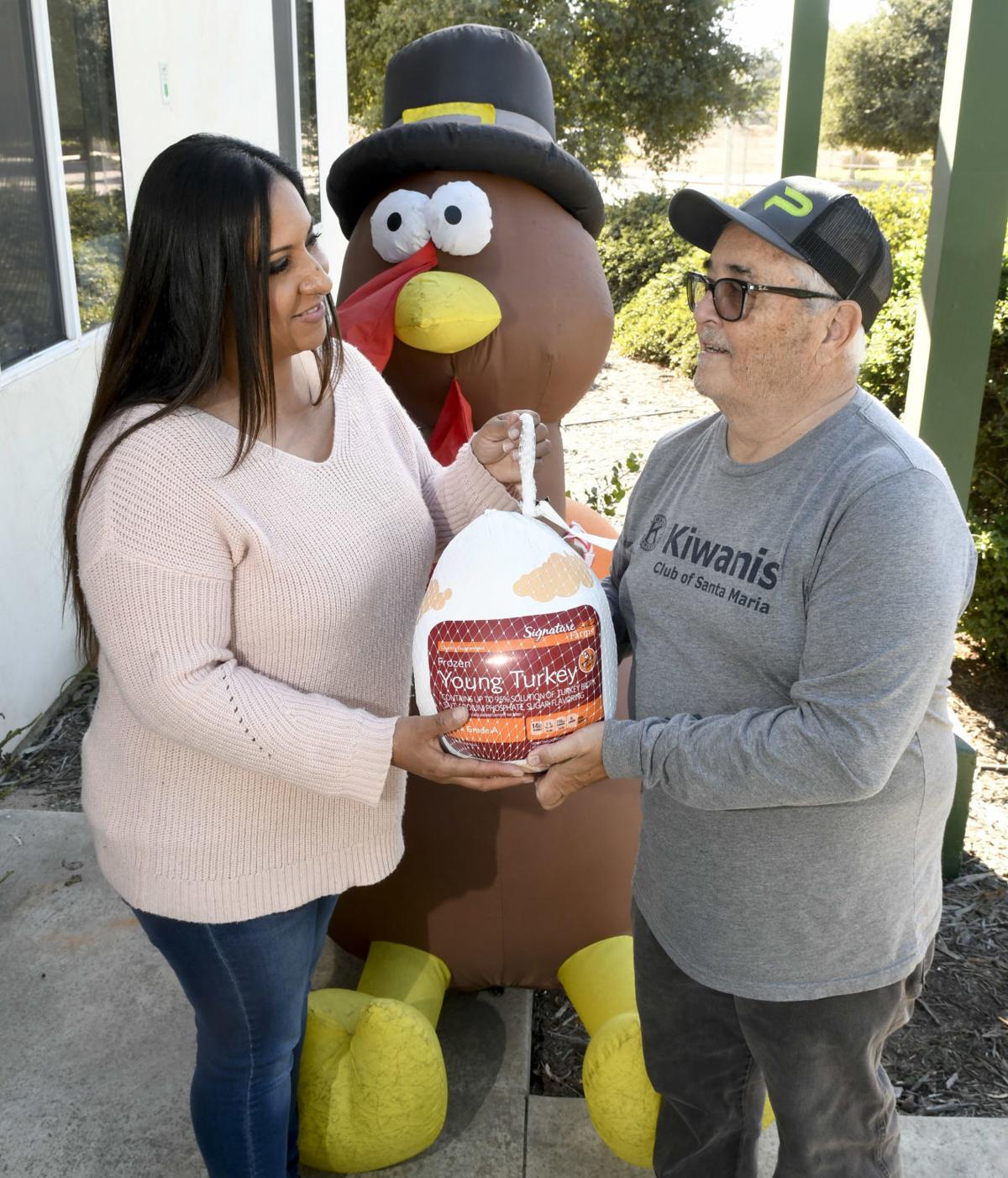 Maynard Silva drops off his donated turkey to Monica Buenrostro on Monday at the Foodbank of Santa Barbara County's warehouse in Santa Maria. The nonprofit is in need of more turkeys and chickens to provide needy community members with holiday birds. 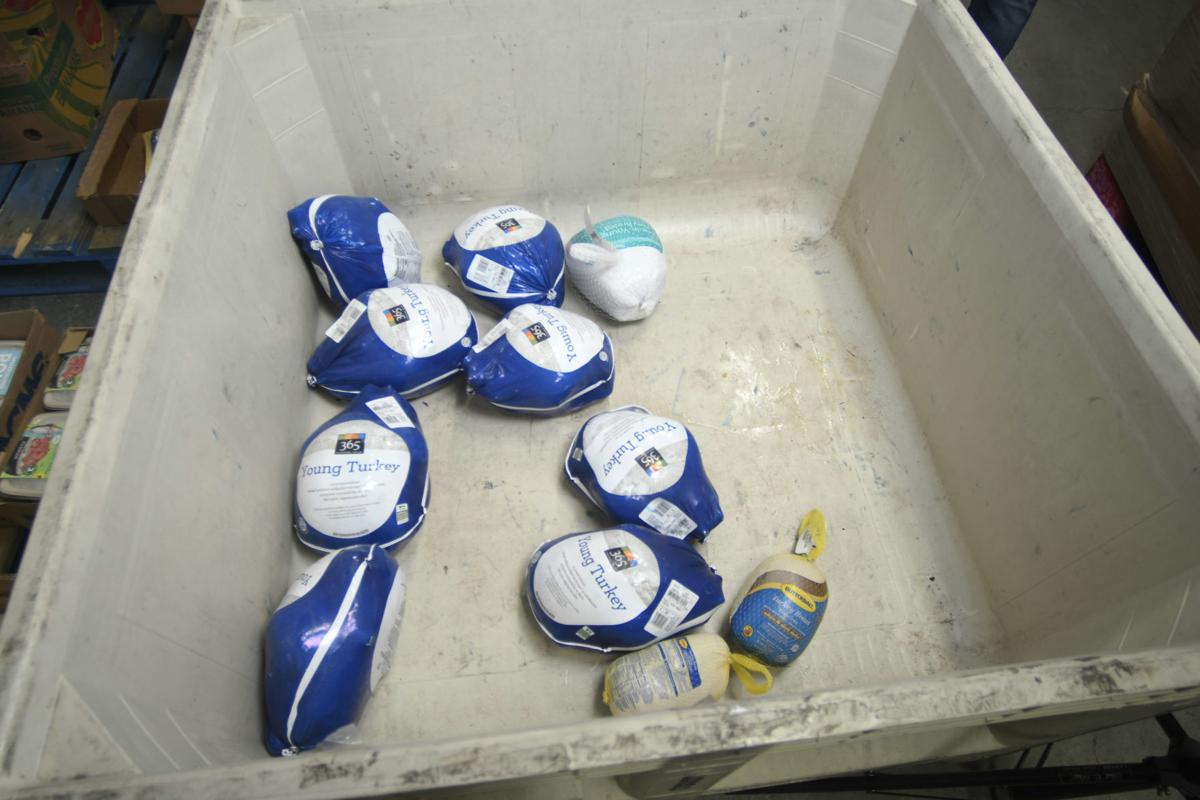 Donated turkeys don't fill the bottom of a bin Monday at the Foodbank of Santa Barbara County's warehouse in Santa Maria. 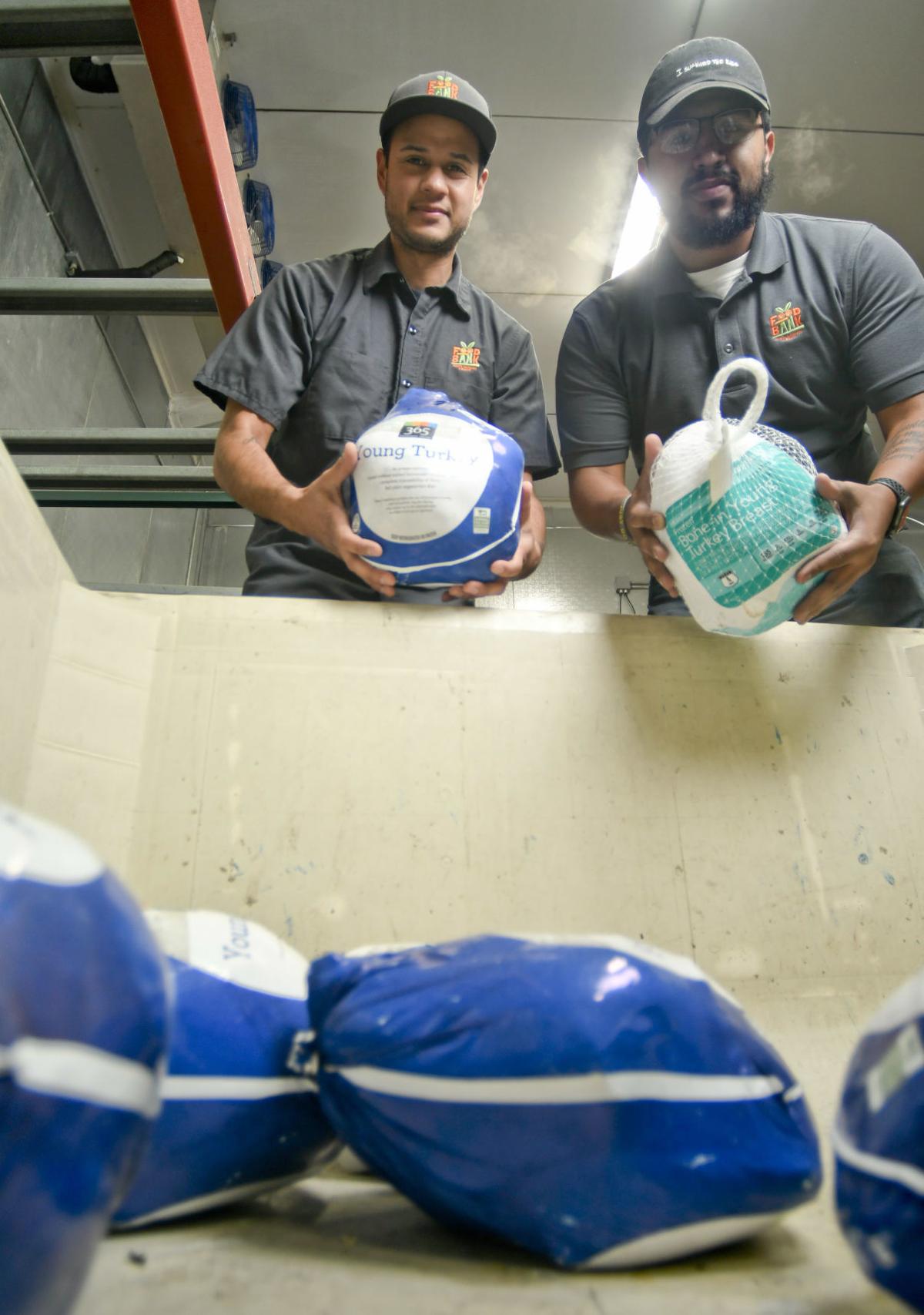 The Foodbank of Santa Barbara County is in need of more turkeys and chickens to feed needy families during the holiday season and has extended dropoff hours for its annual turkey drive.

The nonprofit needs to collect 3,000 birds during the holiday season and the number of birds dropped off thus far is lagging behind last year, said Judith Smith-Meyer, marketing manager for the Foodbank.

At the nonprofit's North County warehouse, 218 turkeys have been dropped off so far, Smith-Meyer said. "And we need loads more."

Smith-Meyer said the organization hopes to collect 1,000 more birds by Friday to ensure that families can get their chickens and turkeys by Thanksgiving.

"The ideal is get all 3,000 by Friday to have them in time for Thanksgiving since it's a big universal American holiday," she said. "The ones that come in after Friday will be distributed for holiday meals in December."

Smith-Meyer said two-thirds of all the turkeys and chickens are distributed in the North County each year.

As part of the Foodbank of Santa Barbara's annual "End Hunger Games," food donations can be made at the Santa Maria Times, 3200 Skyway Drive, from Dec. 2 to 13. Most-needed items include peanut butter, canned tomato, canned fruit, canned protein and boxed spaghetti.

Through Friday, the food bank will expand its dropoff hours at 490 Foster Road from 7 a.m. to 5 p.m. to make dropoffs easier for North County residents, Smith-Meyer said.

The food bank partners with more than 300 organizations to distribute birds throughout the county and needs to have birds donated by Friday to ensure there is time to transport birds to Foodbank partners so they can reach families by Thanksgiving Day.

The Turkey Drive will continue until mid-December, however, for other holiday meals.

“This is a time when it’s really great for families to have a healthy holiday meal,” Smith-Meyer said. “So we’re counting on the community to help us this season.”

The food bank distributes over 10 million pounds of food each year and over 70% of that goes to residents in the North County.

Community members may drop off turkeys or chickens at any of the Foodbank’s warehouses, as well as several sites hosted by the Foodbank’s community partners.

In place of dropping off fresh or frozen birds, donors can sponsor holiday meals online by visiting donate.foodbanksbc.org/mealsponsor.

Razi Syed covers city government for the Santa Maria Times. He is a graduate of Fresno State University and New York University.

The Lompoc Food Pantry is in dire need of turkey donations. With just nine days remaining before Thanksgiving, the pantry’s walk-in freezer had only about 25 turkeys. Additionally, Food Pantry leaders are hopeful that community members will donate money — via grocery store gift cards — that can be used to purchase food and supplies, and/or their time by volunteering.

Interfaith and traditional Thanksgiving service to be held at St. Mark’s Church in Los Olivos

Maynard Silva drops off his donated turkey to Monica Buenrostro on Monday at the Foodbank of Santa Barbara County's warehouse in Santa Maria. The nonprofit is in need of more turkeys and chickens to provide needy community members with holiday birds.

Donated turkeys don't fill the bottom of a bin Monday at the Foodbank of Santa Barbara County's warehouse in Santa Maria.