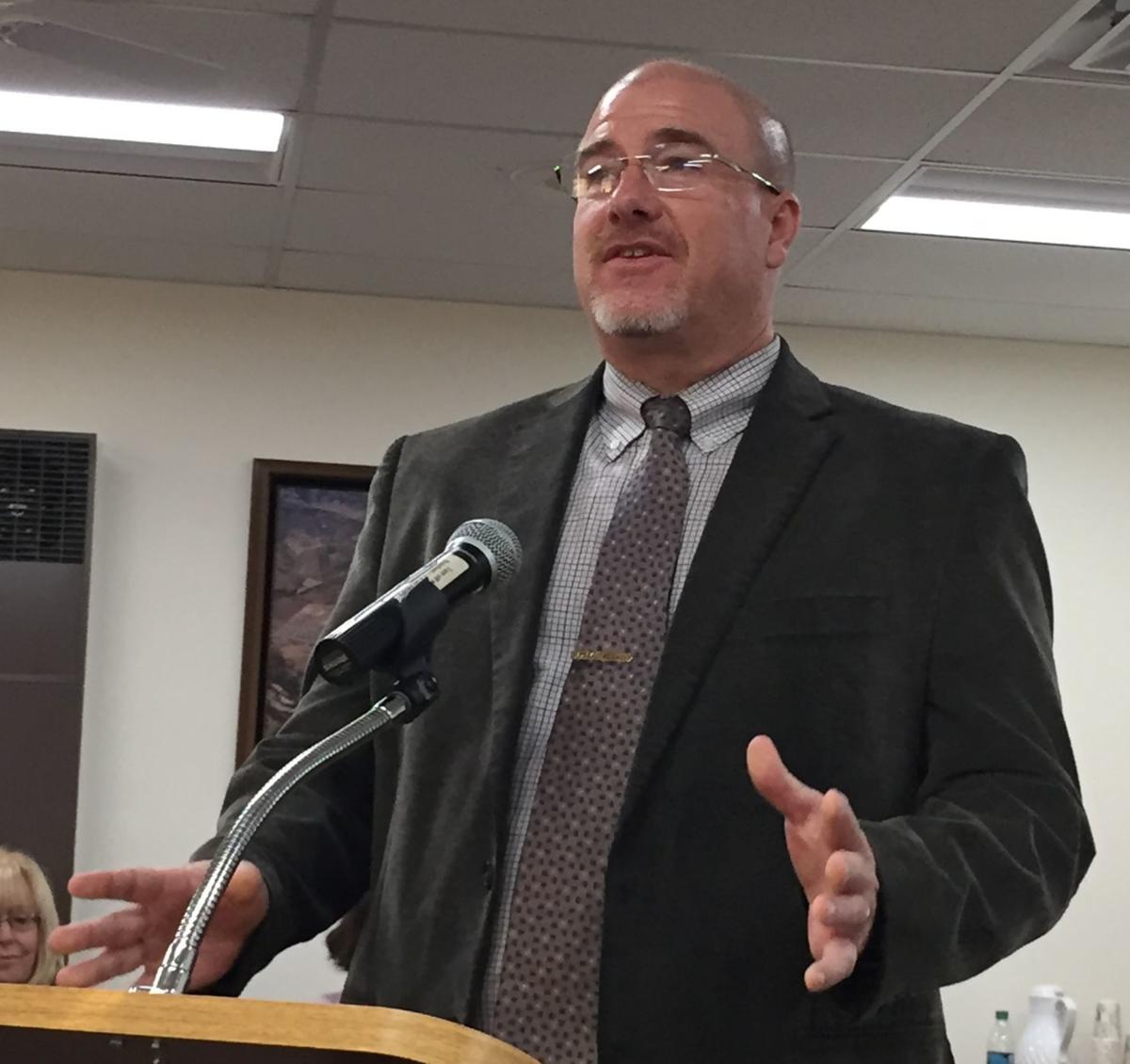 Scott Wolfe addresses the Buellton City Council after his employment as the new city manager was approved Thursday night. He is scheduled to start July 1 and will replace Marc Bierdzinski, who will retire at the end of the month. 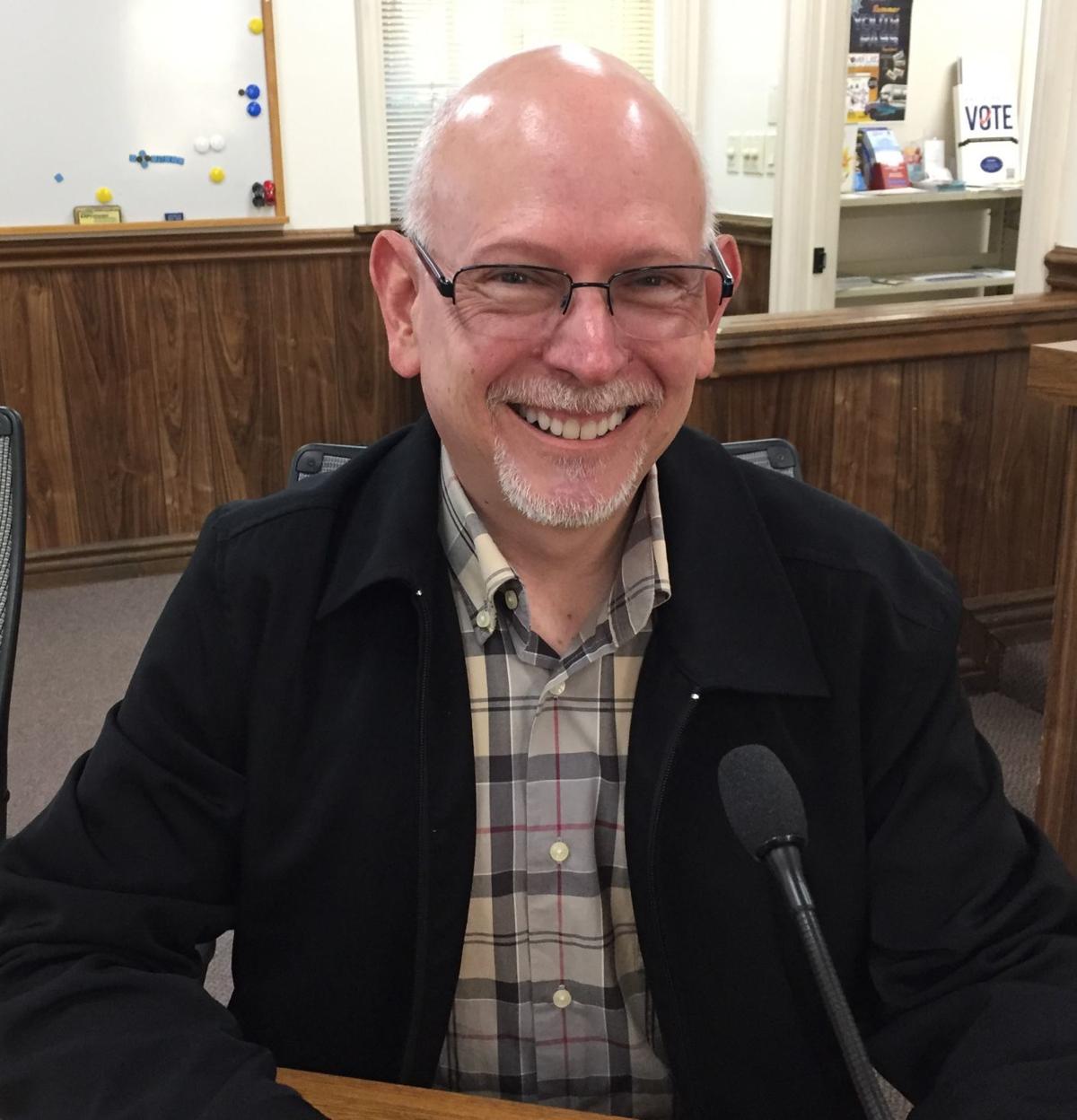 Longtime Buellton City Manager Marc Bierdzinski will retire at the end of June, and Scott Wolfe was approved to replace him Thursday by the City Council.

Buellton City Council approved hiring a new city manager Thursday night to replace Marc Bierdzinski, who is retiring from the job at the end of June.

In a unanimous vote, the council approved hiring Scott Wolfe, who has three decades of experience with local governments and is currently the planning director and deputy city manager of Westlake Village.

His first day on the job will be July 1, City Clerk and Human Resources Director Linda Reid said.

“I am thrilled to have the opportunity to work for a well-run city with such tremendous potential to enhance the quality of life for its residents and to foster economic development for its businesses,” Wolfe said.

“I am equally excited to bring my family to such a beautiful small town where we can become as much a part of the community as we have become over more than 30 years in our current community,” he continued.

Revised plans for the Avenue of Flags median that include more landscaping, less parking, and relocate parking to the median's interior, were …

“I look forward to working with the City Council and city staff to provide professional, ethical and transparent government to the residents of Buellton.”

After growing up as a self-described “military brat,” Wolfe settled in Ventura County, earning a bachelor’s degree in political science and a master’s degree in public administration from California Lutheran University in Thousand Oaks.

Currently, he is pursuing a doctorate in public administration from Valdosta State University in Valdosta, Georgia.

Wolfe has been with the city of Westlake Village for 19 years, but he has also worked for the cities of Palmdale, Thousand Oaks and Moorpark and with other government agencies through his positions in both the private and public sectors.

Wolfe is a member of the American Planning Association, the American Institute of Certified Planners and the International City/County Management Association and has served on various policy committees of the League of California Cities, a city spokesman said.

He and Jennette, his wife of 17 years, raised three grown children and are currently raising two boys, ages 12 and 14, and two girls, ages 10 months and 2 years.

This report was compiled by Associate Editor Mike Hodgson. He can be reached at mhodgson@leecentralcoastnews.com.

The Buellton City Council awarded $30,000 in grant funding for six outside nonprofits at its meeting Thursday night.

Key elements of the Avenue of Flags Median 2 design were scrapped at the Buellton City Council meeting Thursday.

After 14 years in Buellton City administration, six as city manager, Marc Bierdzinski is swapping his suit and tie for cleats and a golf club.

In what appears to be a Santa Ynez Valley trend, the Buellton City Council on Thursday discussed altering its financing mechanism for the Visi…

Scott Wolfe addresses the Buellton City Council after his employment as the new city manager was approved Thursday night. He is scheduled to start July 1 and will replace Marc Bierdzinski, who will retire at the end of the month.

Longtime Buellton City Manager Marc Bierdzinski will retire at the end of June, and Scott Wolfe was approved to replace him Thursday by the City Council.