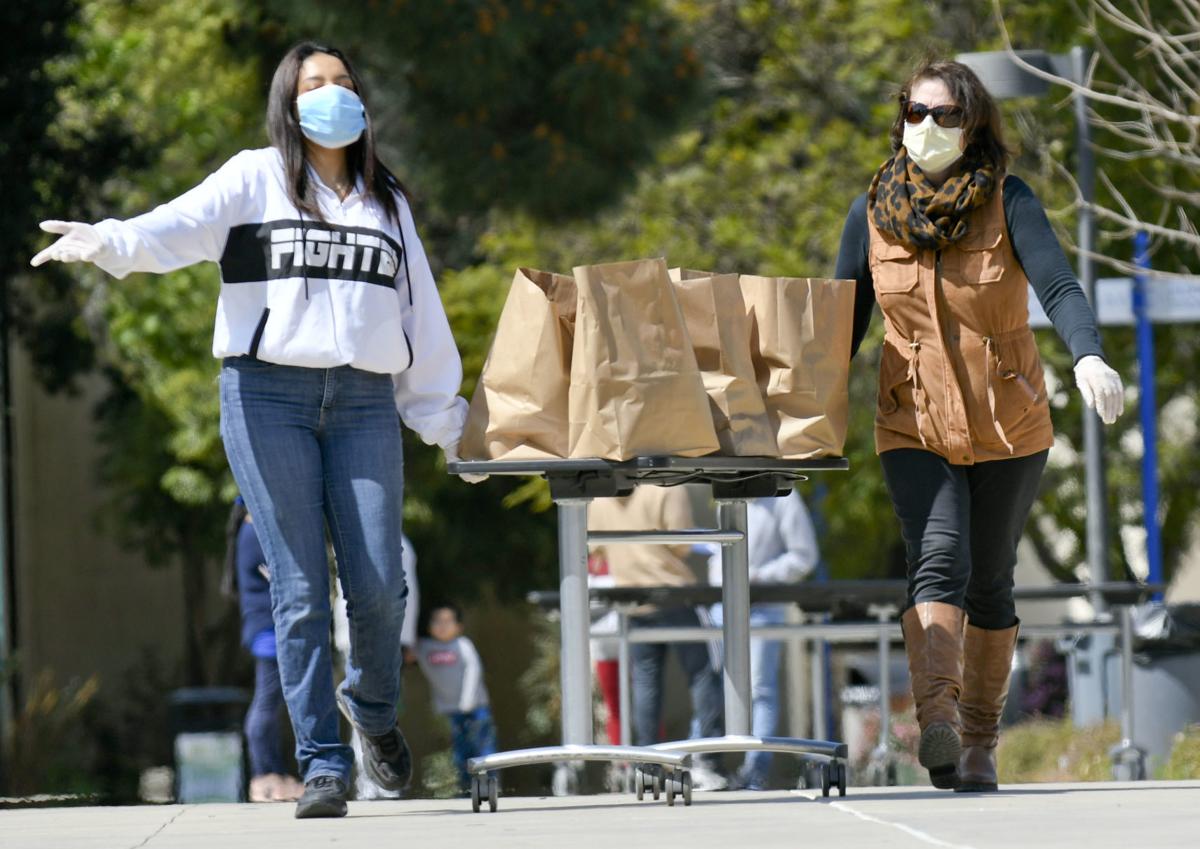 Volunteers move carts of food to be given out during Hancock College's drive through food distribution at the Santa Maria campus on Thursday. 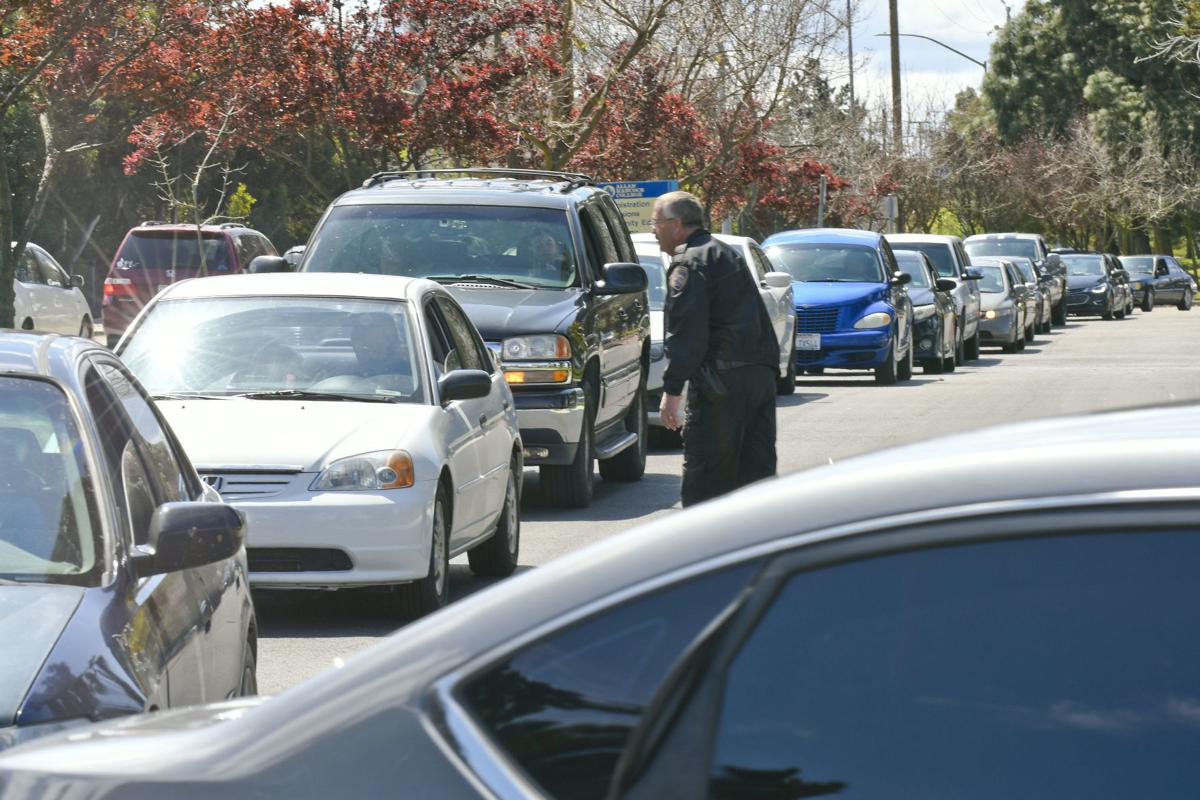 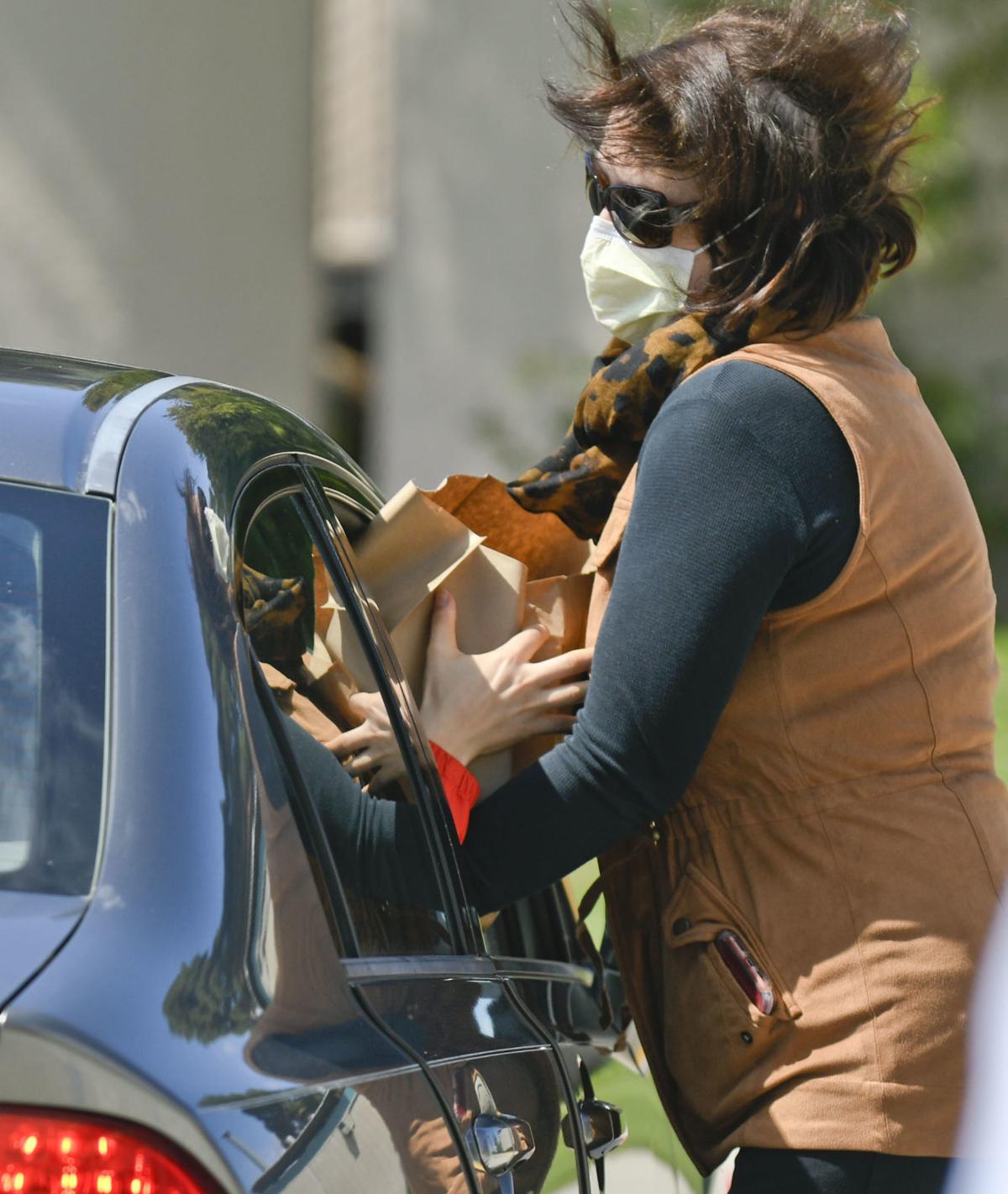 Carmen Camacho, Hancock College's executive assistant to the Superintendent/President, loads groceries into a car during a drive through food distribution at the Santa Maria campus on Thursday. 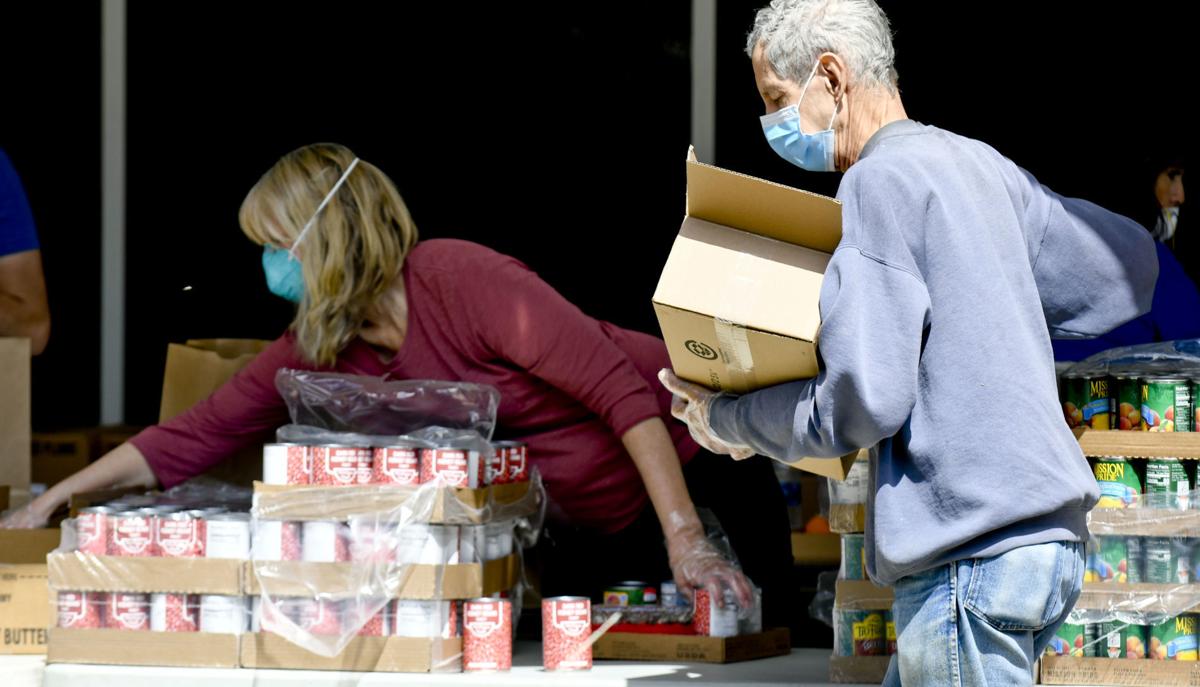 Volunteers pack food to be given away during Hancock College's drive through distribution at the Santa Maria campus on Thursday. 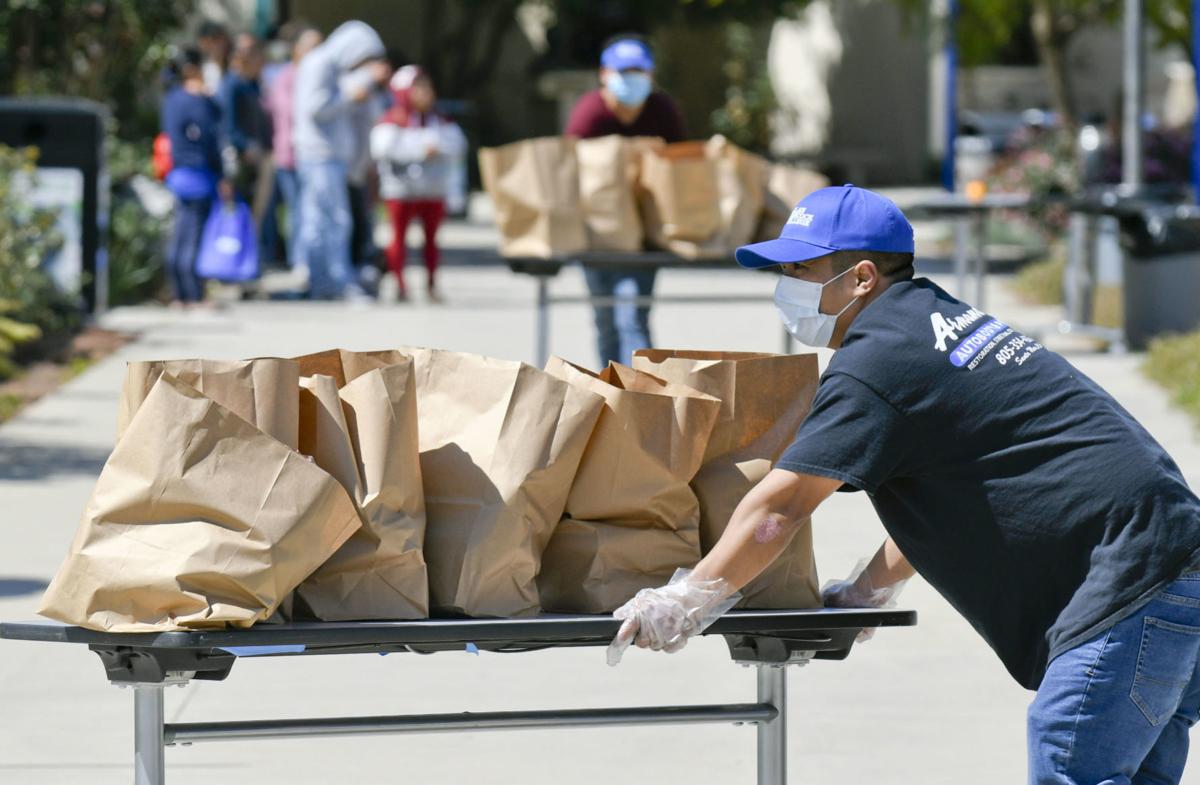 Volunteers move carts of food to be given out during Hancock College's drive through food distribution at the Santa Maria campus on Thursday.

Hundreds of cars lined up, some arriving an hour and a half early, to wait for one of 300 free food packages Thursday morning at Hancock College's first emergency food distribution.

The college announced its community food distribution plan this week, with plans for staff to distribute food provided by the county Foodbank on Tuesdays and Thursdays at 11:30 a.m. at the Santa Maria campus.

The food giveaway exists in addition to Hancock's regular food distribution program offered to students at the college's Lompoc campus.

On Thursday, available food packages were distributed within two hours, demonstrating a huge level of need in the area, said Jon Hooten, executive director of college advancement and a volunteer at the food distribution.

"We expected to have a lot of folks come through, but the actual response was much more than anticipated and many times more than we usually serve during our existing Foodshare program on campus," Hooten said.

Food packages containing rice, canned vegetables, dried fruit and nuts and fresh produce were handed out by 20 volunteers and student leaders, with volunteers eventually having to turn people away, Hooten said.

"After we recognized the overwhelming response, we began turning away cars already in line while we were still distributing bags. Those turned away were given flyers from the Foodbank about other means to obtain free food in the area," Hooten said.

To ensure public safety, volunteers wore masks and gloves throughout the distribution, and campus police officers were present to direct the line of cars that stretched down Bradley Avenue.

The distribution was open to all community members, and a wide array of people showed up to receive items, Hooten said.

"The people who came through the line represented a true cross section of Santa Maria – young and old, individuals and families. The only qualification to receive food was to be in line, no questions asked about need or intent. The need for support is critical now, and we’re happy to have the capacity and facility to serve the community in this way," he said.

As coronavirus concerns have shut down schools and businesses throughout the state, emergency food distributions provided by the Foodbank have been organized countywide to meet the growing need for food services.

Other food distribution sites are available at the following Santa Maria locations:

A full list of emergency food distribution sites throughout the county can be found on the Foodbank website.