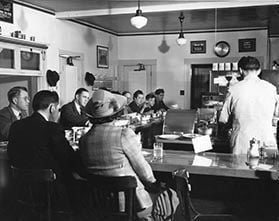 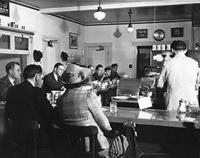 Pea Soup Andersons restaurant was originally named Andersen’s Electric Café because it had one of the first electric stoves in the area. 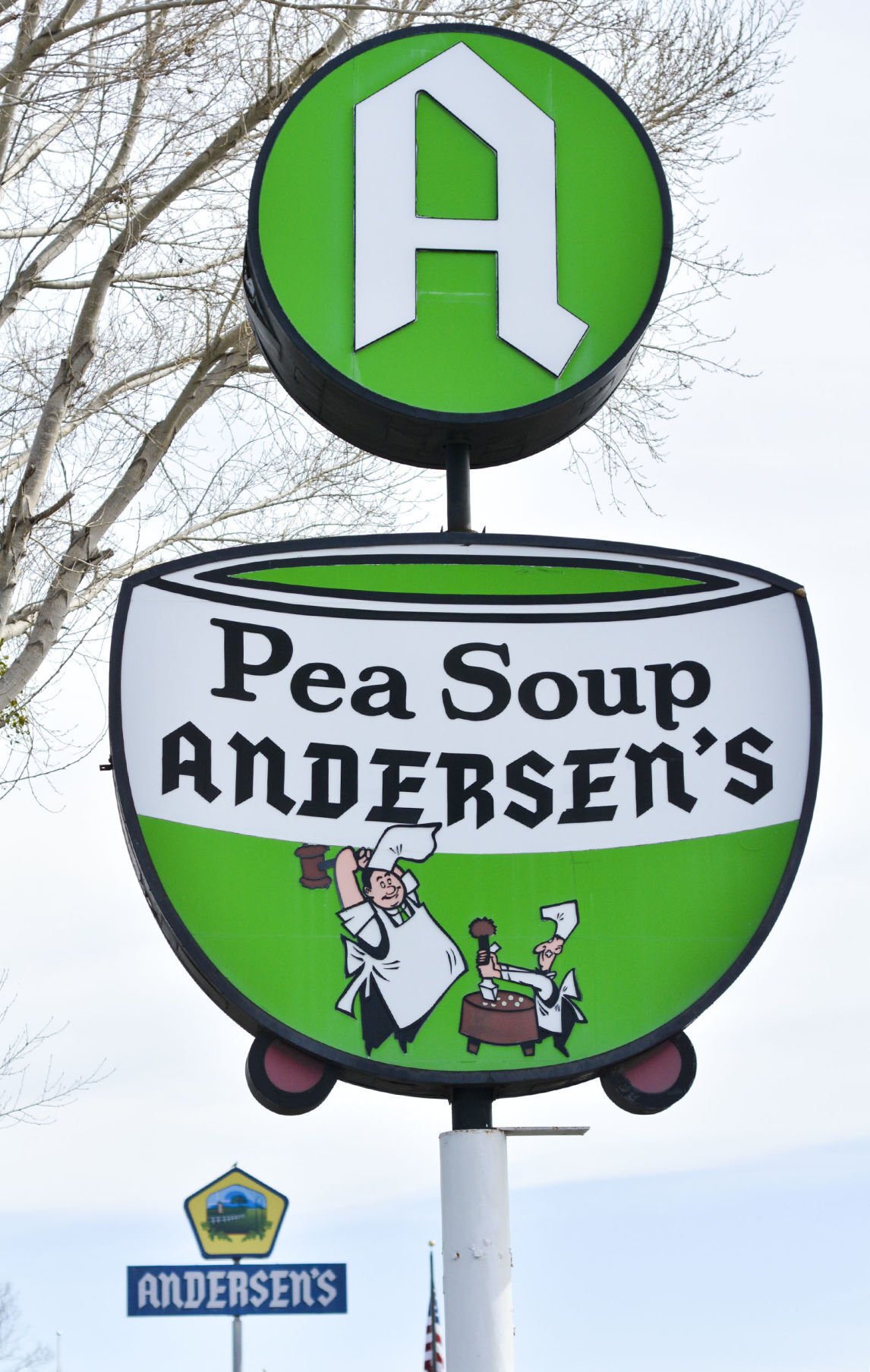 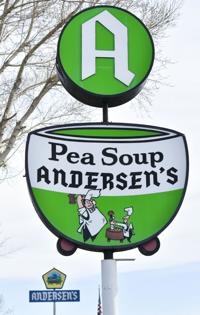 The iconic sign for Pea Soup Andersen's in Buellton. 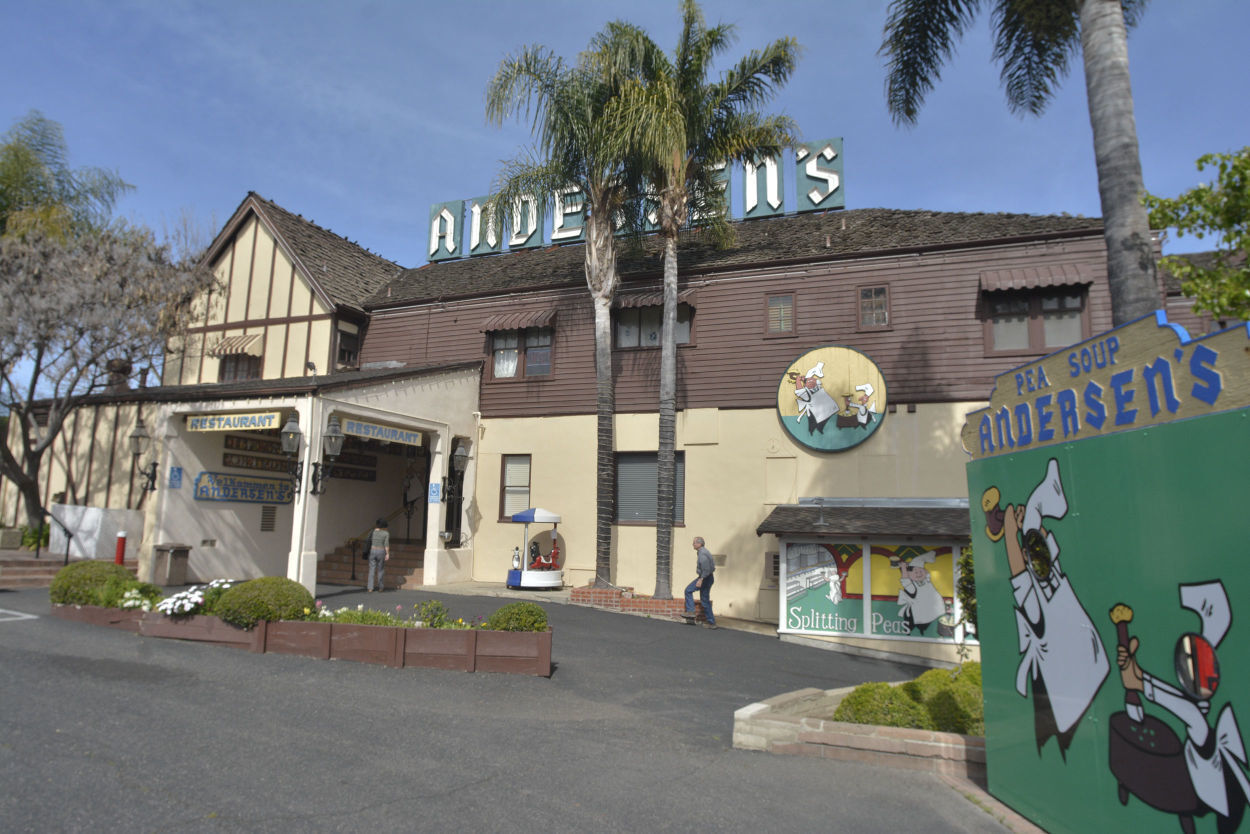 In front of Buellton's Pea Soup Andersen's, visitors can take their picture behind the iconic wooden cutout of Hap-Pea (the big guy with mallet) and Pea-Wee (the little guy with the chisel). 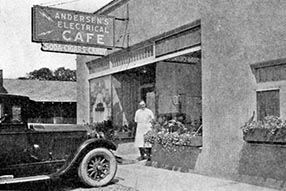 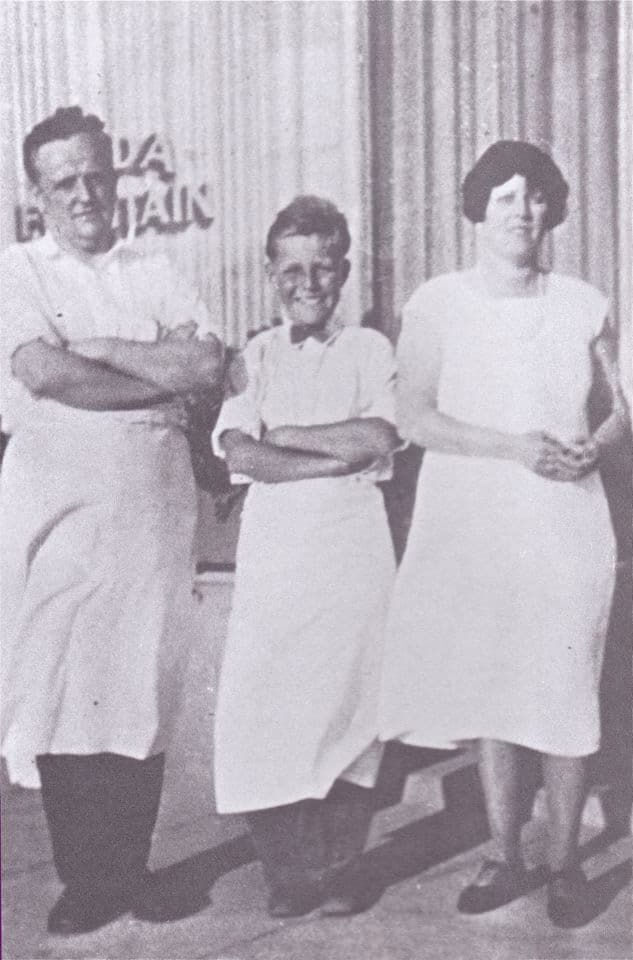 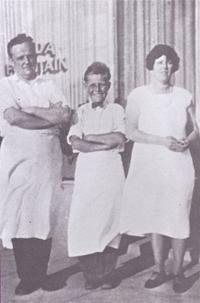 Anton, Robert T. and Juliette Andersen stand in front of what began as Andersen’s Electrical Cafe. 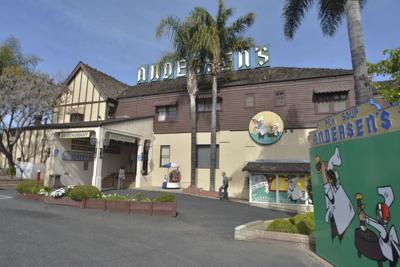 The Buellton-based property, comprised of two parcels totaling approximately 3.36 acres on the corner of Hwy. 246 and Avenue of Flags, was listed on Aug. 12, 2020, according to public record.

The 35,000-square-foot building which features a historical diner, gift shops and various banquet rooms is being marketed as "a prime redevelopment opportunity given its proximity to the 101 Freeway, CA 246, and its location in the heart of Buellton’s 'Avenue of Flags Specific Plan.'" The plan is a fundamental strategy drawn up by the City of Buellton in 2017 to revitalize downtown and transform the Avenue of Flags corridor from an aging automobile-oriented thoroughfare to a vibrant, pedestrian friendly main street.

Pea Soup Andersen's was the brainchild of Anton Andersen from Denmark, and his wife, Juliette, a French woman. In 1924, they established a restaurant renowned for its split-pea soup — a secret recipe of Juliette’s — and named it Andersen’s Electric Café because it had one of the first electric stoves in the area.

Buellton City Council member John Sanchez, who confirmed the restaurant's listing, remarked that since 1924, the property has entertained a hodgepodge of businesses over the years.

Though nostalgic, Sanchez said he sees real potential for its future.

He recalled that the restaurant at one time housed a popular bar that attracted locals, a memorable place where he ceremoniously celebrated his 50th birthday with friends and family.

"It's nice as it is, if someone wants to do something more traditional with it," Sanchez said. "But it would be nice to see somebody buy it and build something nice, too."

Should the property sell, Sanchez said the Buellton Historical Society, which uses a designated area in the upstairs portion of the restaurant as its headquarters, could possibly relocate to the old Willemsen Dairy property purchased by the City last year for $2 million.

"But that is yet to be determined," Sanchez said. "Nearby residents [of the Willemsen Dairy property] are concerned about traffic and noise."

Johansen said the sale of Pea Soup Andersen's restaurant would not affect her business aside from the obvious absence of a historical landmark.

"Pea Soup Andersen's — the restaurant — really has a word-renowned following. It's really remarkable the international following it has had," she said.

Johansen noted that her property and the restaurant have had a mutually beneficial relationship through the years as Pea Soup's would provide discount meal coupons to distribute to her hotel guests.

"Hopefully the new owners can bring the restaurant back to its glory and we can continue with that tradition," Johansen said. "And if they restore the building we could use the public rooms again for groups as they do have some great space there as well."

Learn more about Santa Barbara County's history, landscape, and traditions from Judith Dale with these 26 stories

Judith Dale has written several columns highlighting the culture, geography and history of the Central Coast. Get better acquainted with our beautiful slice of California with this collection of her work.

While California has become the No. 1 agricultural state in the country, producing over $50 billion in farm products, Santa Barbara County ranks 12th in the state for agricultural production among 48 counties.

Recently we had relatives visiting from Kansas. Due to COVID-19, rather than doing the usual "touristy" things such as eating out, wine tastin…

The area around Guadalupe has evolved through many stages — from Chumash villages, to Spanish rule under Mission La Purisima, to a Mexican land grant, an immigrant farming community, a railroad town, and a modern agricultural city.

A neighbor who recently moved to the Santa Ynez Valley asked me about the Santa Barbara Channel and the islands she sees off the coast. I told…

Originally, I was only going to write about the five islands in the Channel Islands National Park. However, some military personnel stationed …

In my last article, I discussed the Santa Barbara Channel and its islands in general. This article will focus on two of five islands in Channe…

The Santa Ynez Valley is a wonderful place for children to grow up. We have excellent schools, churches, nonprofits and sports organizations t…

Due to arson or carelessness, 430,088 acres and 701 structures burned in these fires spanning 22 years.

We have the perfect setting for fires: thousands of acres of wilderness with rugged terrain and few roads; rainy winter weather that allows grass and brush to grow, followed by months of hot, dry weather; prevailing winds as well as sundowner winds; and people, who are the cause of most fires.

This month marks the 215th year anniversary of the Old Mission Santa Inés, established in September of 1804. The mission was officially named …