Latinos, agricultural workers, 20-year-olds and the elderly have been affected by COVID-19 at levels disproportionate to their percentage of Santa Barbara County’s population, according to a report on pandemic demographics delivered Tuesday to the Board of Supervisors.

Van Do-Reynoso, director of the County Public Health Department, said the majority of cases were among working adults, ages 18 to 40, and the case rates for the North County and Santa Maria both exceeded the countywide average.

Frontline staff — health-care workers, restaurant, bar and food preparation employees and unskilled laborers — also represented a large number of cases, according to the report covering the period from March through September.

Boiling down the report’s recommendations, 1st District Supervisor Das Williams said the ones most important for the public to follow would be to not hold gatherings, immediately quarantine family members who might be sick and continue using basic precautions.

Do-Reynoso agreed, but she also added targeting 20-year-olds with messages about how to avoid contracting and spreading the virus, since that age group accounts for most of the county’s COVID-19 cases.

“While the SARS-COVID-2 is a novel virus, the disparate impact of [the] COVID-19 pandemic in communities of color is rooted in the historic and ongoing social and economic inequalities that contribute to the observed racial disparities in health status,” she said, adding that’s why the state added the health equity metric to its tiered framework. 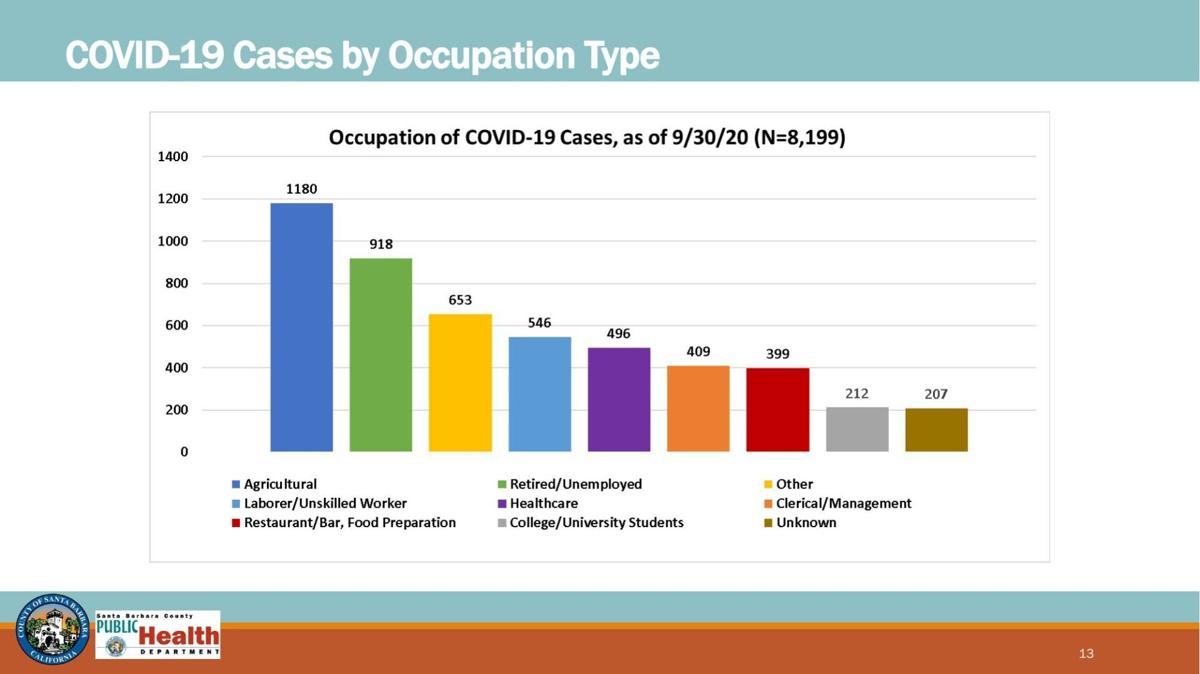 Based on occupation, 1,180 of the county’s 8,199 cases were among agricultural workers, followed by 918 among retired and unemployed — likely due to outbreaks in skilled nursing and residential care facilities for the elderly — and 546 among laborers and unskilled workers.

Do-Reynoso noted the county had a total of 59 outbreaks in congregate settings, including nine associated with agricultural workers.

“I do think the Hispanic community gets hit harder, and agricultural workers as well, because they tend to live in higher density [housing],” 4th District Supervisor Peter Adam said, asking that future reports include the percentage of people who work in various occupations to put the numbers in context. 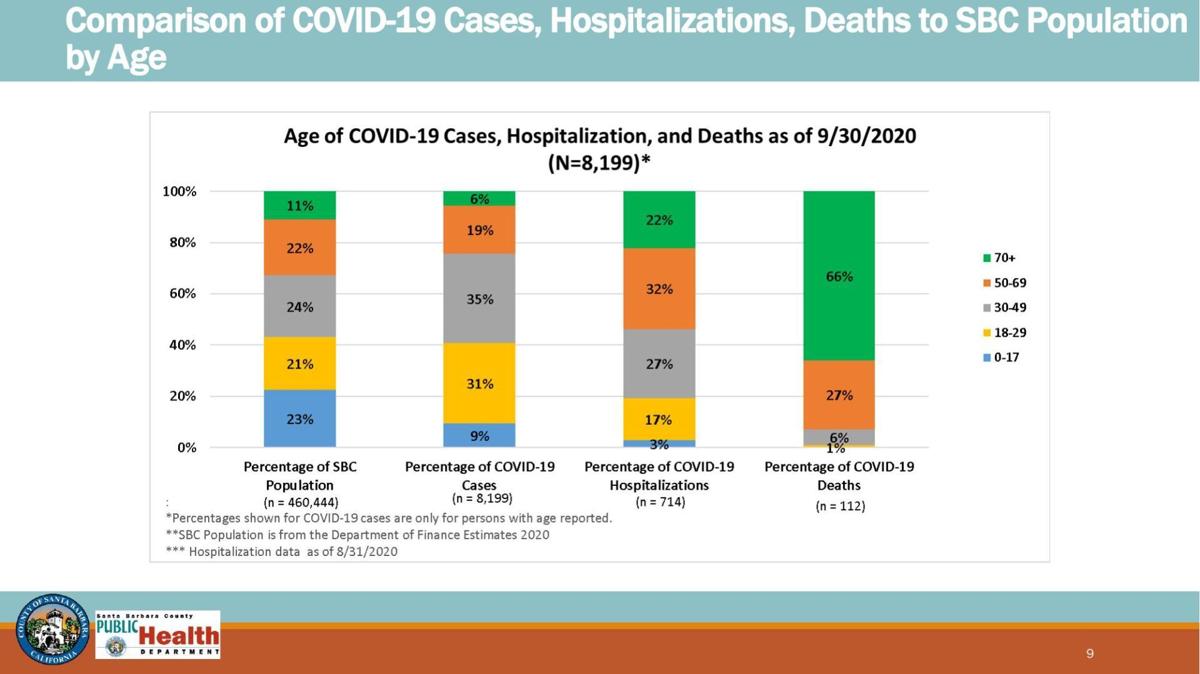 “My understanding is we have 25,000 ag workers in Santa Barbara County,” he said. “I don’t know how that compares to those in restaurant, food and unemployed [categories].”

While men make up 51% and women make up 49% of the county’s population, 52% of those hospitalized for COVID-19 were women, but 55% of the deaths from the disease were men.

Based on age ranges, people over 70, who make up just 11% of the county’s population, accounted for only 6% of the COVID-19 cases but 22% of the hospitalizations and 66% of the deaths.

“These younger adults make up the most frontline workers,” Do-Reynoso said of the 20-to-29 age group.

Those ages 9 and younger accounted for just 318 cases, which Do-Reynoso attributed to schools being closed.

She added that as schools reopen, the Public Health Department will monitor case numbers to see if they increase among children. 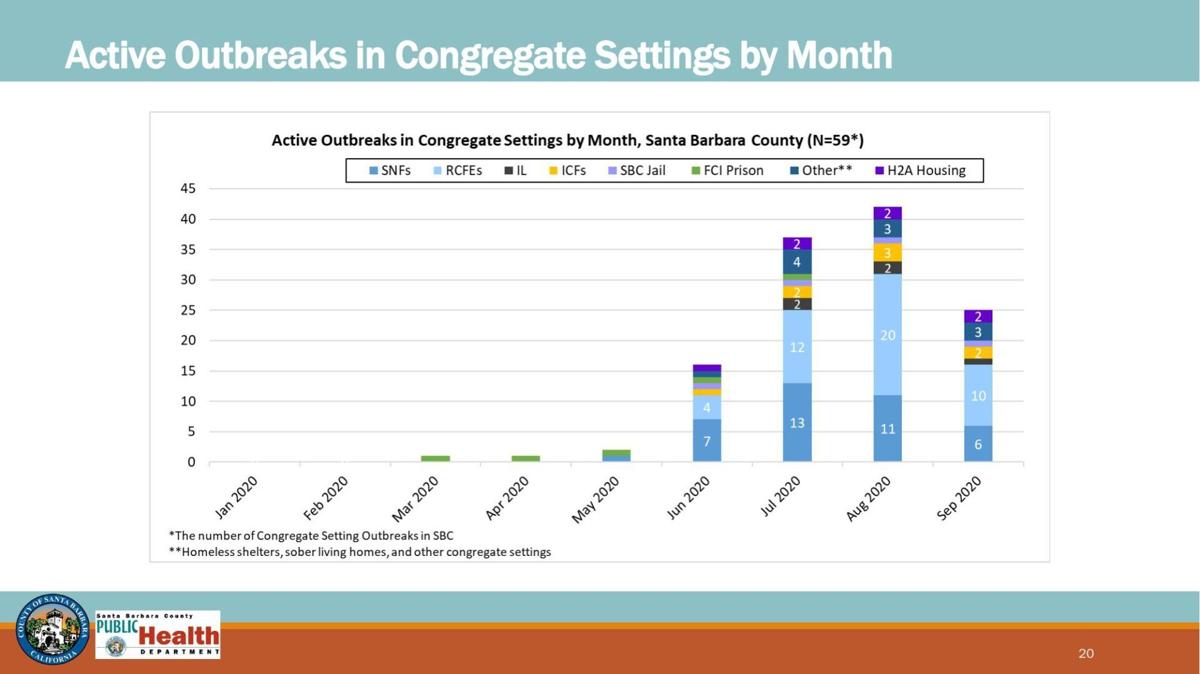 Lompoc Federal Correctional Complex was not included in the Lompoc numbers, Do-Reynoso said.

What you need to know for Wednesday, October 14

Your weekly look at our top local headlines, columns, and stories that were the most talked about and shared this week.

The disparity of COVID-19 impacts on the Latino and Hispanic community in Santa Barbara County are displayed in charts from a Public Health Department report on the demographics of the pandemic for March through September.

Charts from a Santa Barbara County Public Health Department report show the percentage of women hospitalized with COVID-19 was higher, while the percentage of men who died from the virus was more from the period of March through September. 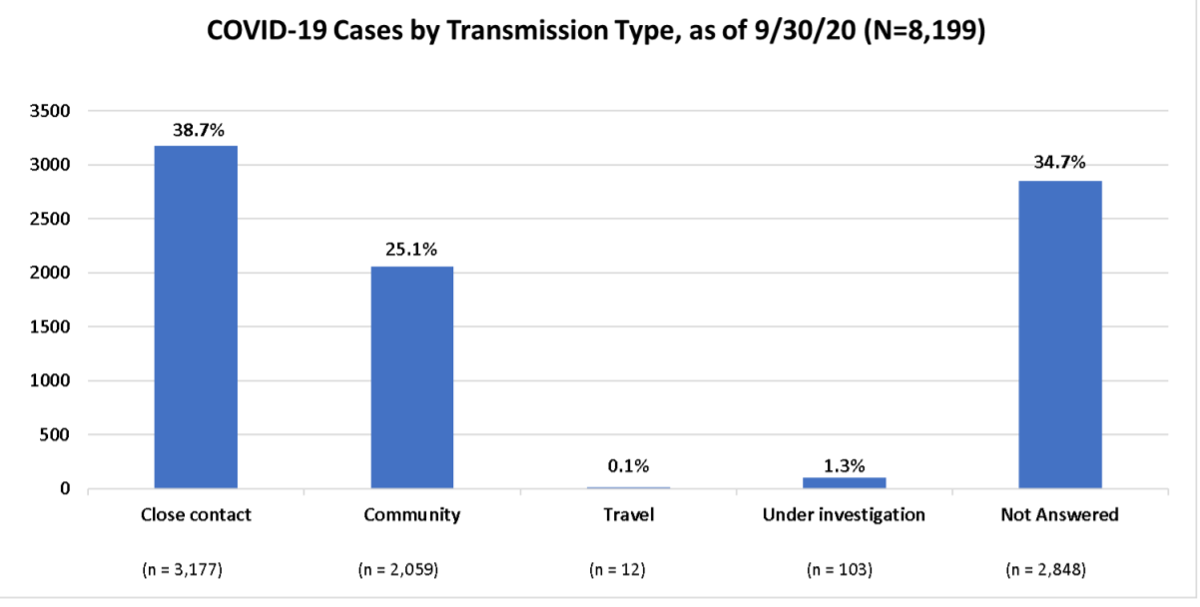