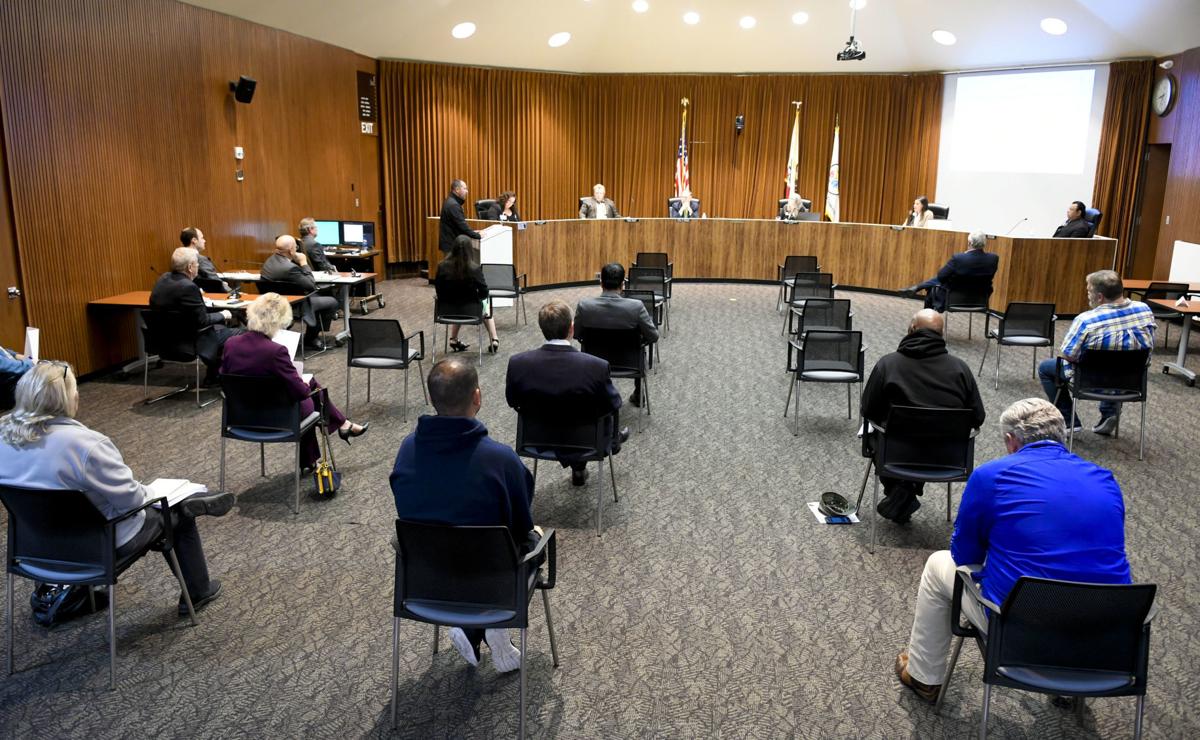 Participants at Tuesday's Lompoc City Council meeting sit apart from each other for social distancing to prevent the spread of the coronavirus. 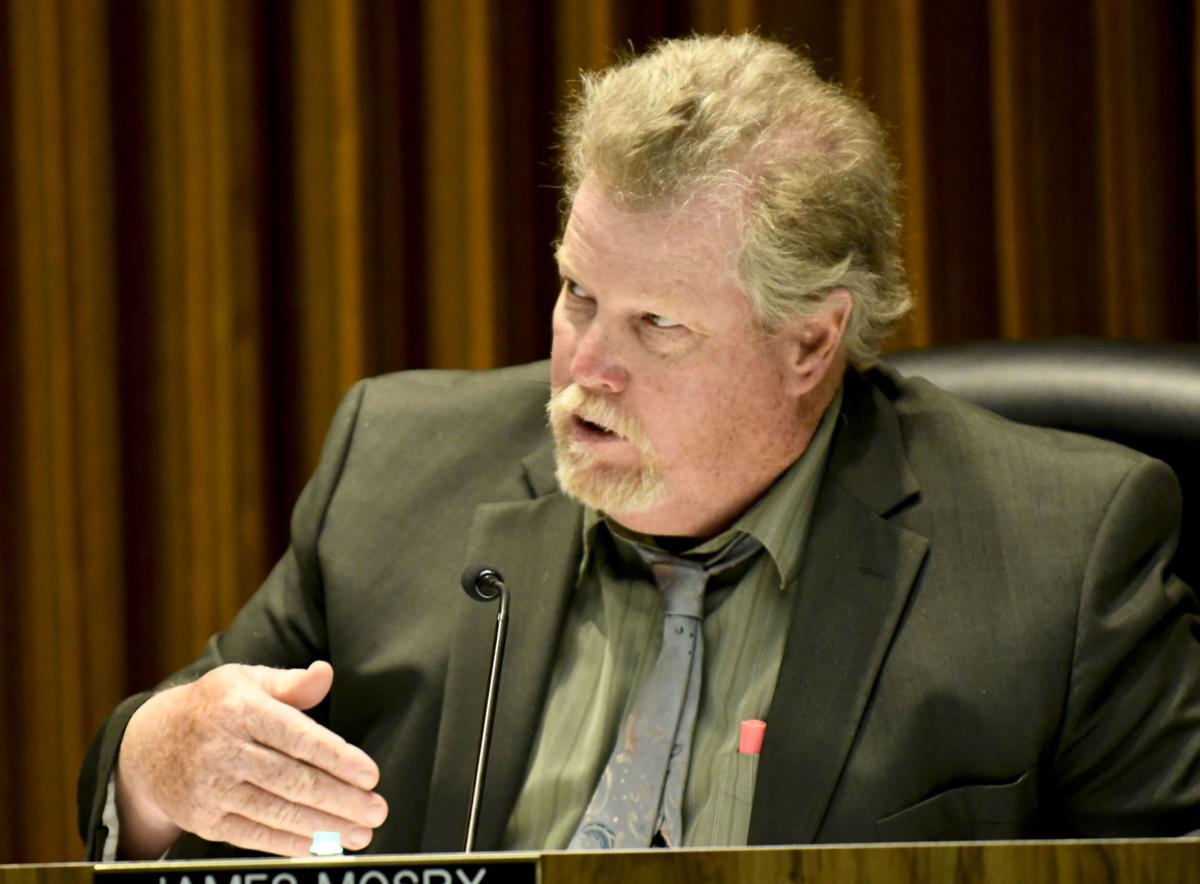 Lompoc City Council member Jim Mosby speaks during Tuesday's meeting about measures the city could take to lessen the spread of the coronavirus. 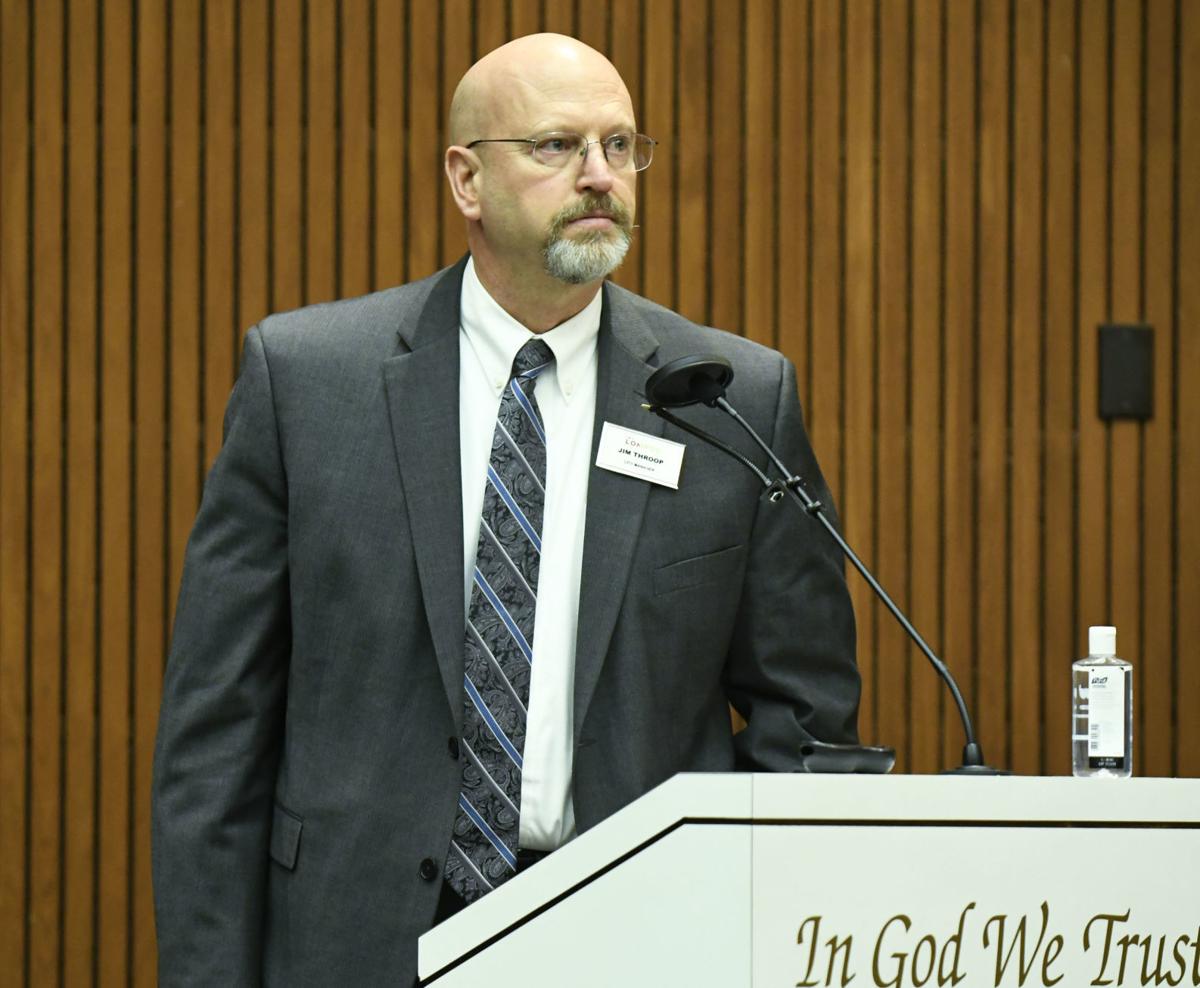 Lompoc City Manager Jim Throop speaks during Tuesday's meeting about measures the city could take to lessen the spread of the coronavirus. 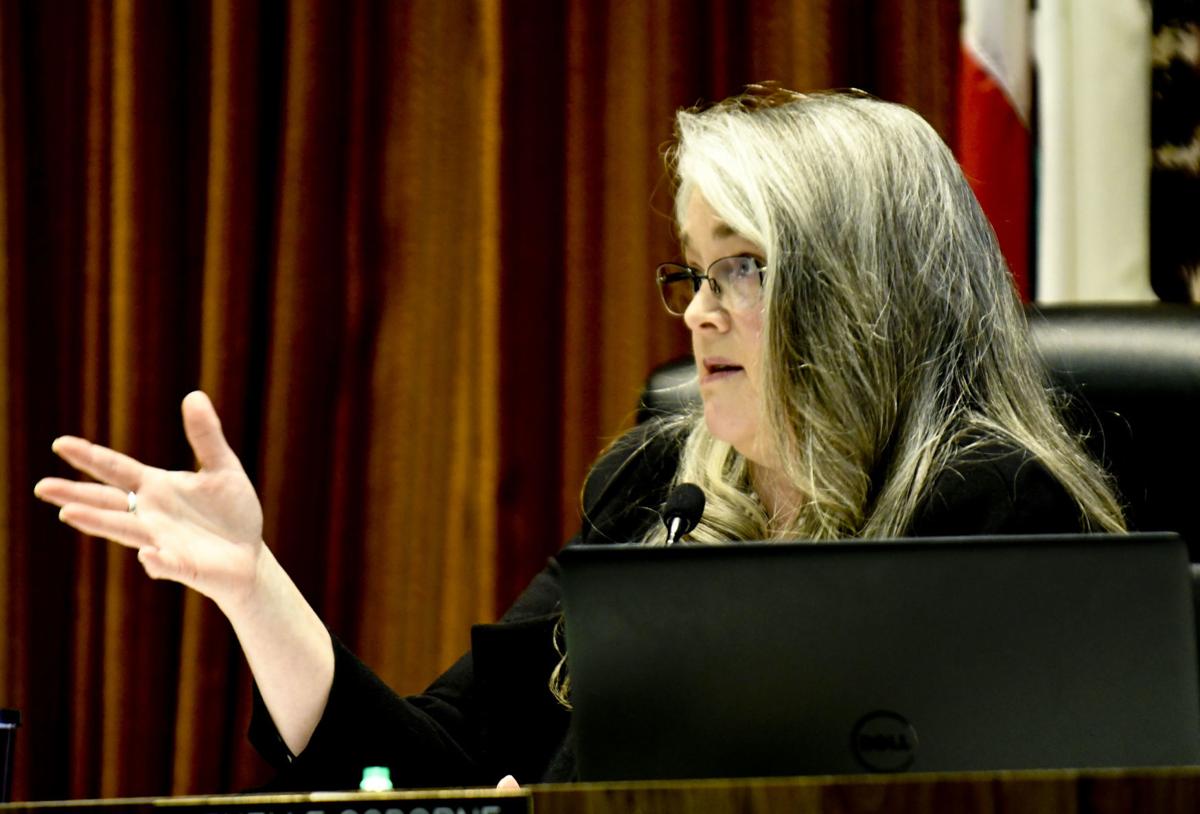 Lompoc Mayor Jenelle Osborne speaks during Tuesday's City Council meeting about measures the city could take to lessen the spread of the coronavirus.

The Lompoc City Council on Tuesday night declared a local emergency in response to the COVID-19 outbreak and began implementing measures aimed at aiding community members — both physically and economically — amid the growing pandemic.

The meeting reflected what has become a new reality for many Americans who have been encouraged to practice social distancing to limit the spread of the coronavirus: The City Council members and city clerk were seated at the dais farther apart from each other than normal, and they faced rows of mostly empty seats separated several feet apart from one another.

That seating arrangement was a constant reminder of the health crisis that was also at the center of discussion for much of the four-plus hour gathering.

Along with declaring the local emergency, which made the city eligible for potential reimbursements from the Federal Emergency Management Agency (FEMA), the City Council voted unanimously to waive late fees and nonpayment shut-offs for utility customers, to close City Hall to the public beginning Wednesday, and to cancel all future committee and commission meetings — except for those of the City Council and Planning Commission — through April.

The moratorium on utility late fees and shut-offs was set to last 60 days from Tuesday, which would put its end date at May 17. The council has the option to alter the plan at its next meeting on April 7.

Councilman Jim Mosby, who made the motion to implement the moratorium, described it as a way to “help ease a little bit of the concern that’s out there.”

“This is [meant] to offset the level of stress that’s out there right now that some of the public is really feeling,” he said. “You wanna stress somebody out real hard? Start shutting off their utilities.”

The council is expected to further discuss how the plan could work long-term at its next meeting on April 7, but the members expressed a desire to get something in place immediately and to have city staff begin reaching out to residents to keep people informed.

Another key piece of that outreach will be the City Hall closure.

There was some internal disagreement among the Council members about taking such a drastic step. Councilman Dirk Starbuck, for example, said he was opposed to having the facility shut off from residents.

“Stay open and accept the payments,” he said of his initial thoughts about how the city should handle the situation. “These are the people that pay you. You all work for them and now you want to isolate from them. I’m not for this.”

A supervisor with the city spoke during the public comment period and pointed out that the city does not have the staffing to keep things running if even a few workers were to become ill at the same time.

City Manager Jim Throop also advocated for shutting off City Hall to the public and said that workers would be able to assist customers in other ways, such as online, over the phone, and in small scheduled meetings. Utility payments, he said, could be submitted in the drop-box in front of City Hall.

Throop noted that 850 people visited the City Hall lobby on Monday and suggested that so much interaction was harmful for visitors and staff at the facility.

To illustrate the dangers, he pointed out that one man on Monday downplayed the seriousness of the current outbreak and then pretended to sneeze on a payment before handing it to a teller.

“That was only one individual, but it only takes one to do it,” Throop said of spreading the coronavirus.

Ultimately, the council agreed to have City Hall closed for all public uses for at least 60 days, with the ability to reconsider and shorten or lengthen the closure at a later date.

As part of the emergency declaration, council members also discussed whether to force closures on any businesses.

No member of the council seemed to think that making such a move was necessary on Tuesday, but that was another situation that will likely be revisited as more directives continue to come out from the federal, state and Santa Barbara County governments.

More than a dozen Lompoc events called off due to coronavirus, including State of City, concerts, Empty Bowls fundraiser; Aquatic Center also shuttered

Mayor Jenelle Osborne advised people to continue to follow recommendations from health officials and to do their best to help curtail the spread of the coronavirus. She said that also extends to the local government.

“This is so new to all of us that we need to be as proactive as we can be and as flexible as possible because this is likely to change weekly,” she said. “But I think reassuring the entire community … and the commercial businesses that their utilities will remain on and we will do everything to work with them [is important].”