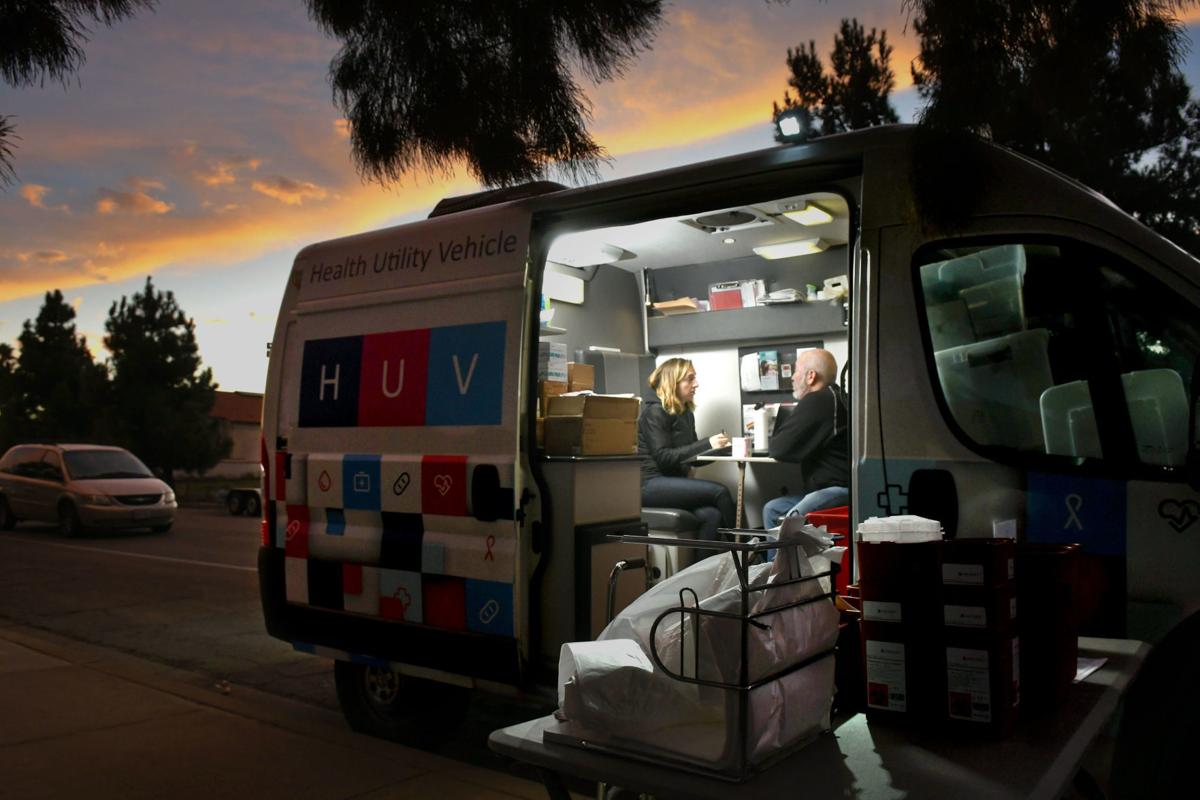 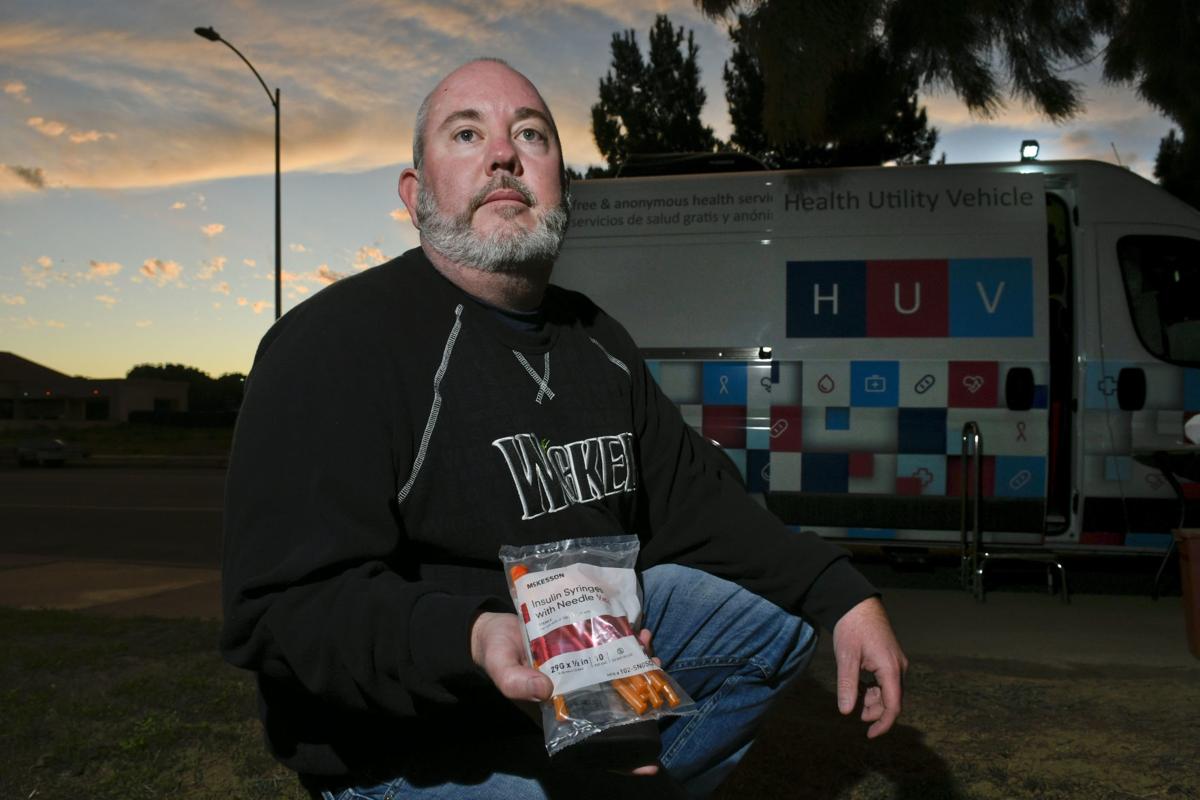 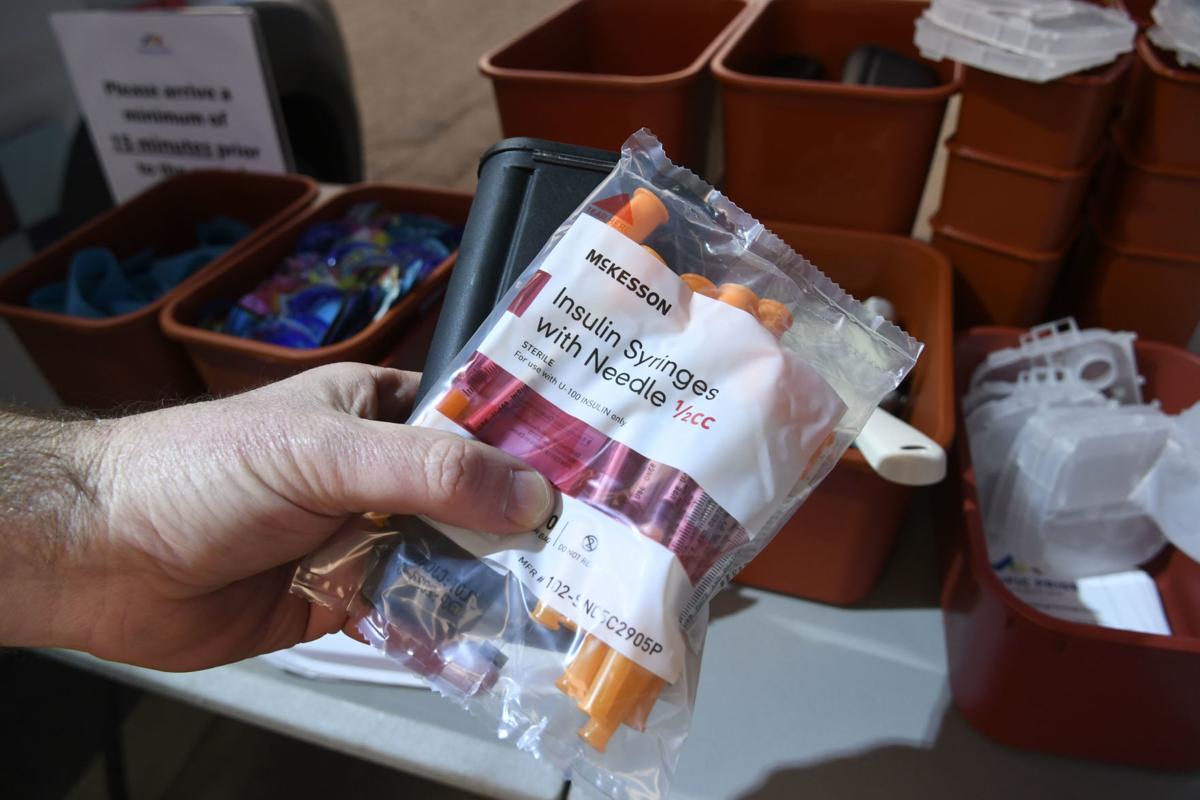 A syringe exchange program that provides free, clean needles to intravenous drug users may soon face increased regulations within the city of Lompoc.

The Lompoc City Council spent nearly an hour Tuesday night discussing ways to manage the mobile syringe exchange program that has been offered in the city since 2016 by the Pacific Pride Foundation, a Santa Barbara-based nonprofit organization.

Some community members have accused the organization of promoting drug use and blamed the controversial syringe exchange program for a proliferation of used needles being discarded in Lompoc’s streets, alleys and parks.

Because the program is authorized by Santa Barbara County, Lompoc City Attorney Jeff Malawy said it is unlikely the city could legally ban it, but he noted that the city could impose certain regulations to ensure the health, safety and welfare of residents.

With that in mind, council members suggested limiting where the program could operate, implementing a needle-tracking system and requiring that it operate from a fixed structure, rather than a vehicle.

Councilman Dirk Starbuck proposed the city lobby Santa Barbara County to have Lompoc excluded from the program’s zone of authorization.

“It’s pretty obvious the program's failed,” Starbuck said in what was the most direct criticism from the dais.

There was no vote or action taken following the discussion. Malawy said he would look into the council members’ suggestions and return at a future meeting with a draft ordinance for the City Council to review.

Councilman Jim Mosby was among those who pushed for increased regulations.

Mosby shared a photo of a syringe that was allegedly found on playground equipment at Ryon Park, as well as photos of large piles of needles in other easily accessible areas.

He said he personally knew of two city employees who had been accidentally stuck by dirty needles while doing their jobs and suggested that the problem is only growing larger.

“It’s quite obvious that we need to do something,” Mosby said.

Mosby suggested requiring syringe providers to include labeling on their products so city officials can better trace where the discarded items are coming from.

Councilman Victor Vega said he’d like to see the program limited only to areas within a certain distance from medical or rehab facilities, similar to the buffers enforced for cannabis operations.

He was also supportive of Starbuck’s suggestion to lobby the county and agreed with an idea from Mayor Jenelle Osborne to potentially require the program to only operate from within a medical facility.

Each of the four members of the public who offered comments were in agreement that something should be done.

“It’s time to do something,” he later added, “and unless you’re going to park it in front of your house, then you better not allow it in ours.”

It was also suggested that the city look into offering a cash redemption program through which people would be paid a small amount for turning in used syringes, similar to recycling programs.

City Manager Jim Throop said he would reach out to see if the county would fund such a program. He suggested $15,000 as a “minimal” cost for implementation.

Osborne said she’d also like to see the city work with the county and Pacific Pride Foundation to install syringe disposal kiosks throughout the city.

The Pacific Pride Foundation, which has offices in Santa Maria and Santa Barbara, reported it distributed a total of nearly 269,000 syringes at its three Santa Barbara County sites in the 2017-18 reporting period.

During that same period, according to the organization, it collected more than 273,000 syringes.

Although the Pacific Pride Foundation reported that Lompoc, during the 2017-18 period, had the fewest number of unique clients in the county — 166 vs. 369 in Santa Maria and 304 in Santa Barbara — it noted that Lompoc accounted for 38% of the total client visits, meaning Lompoc had the highest utilization rate per the number of clients served.

The Pacific Pride Foundation also offers such other services as health screenings, referrals for treatment and first aid.

Former Mayor John Linn, who offered public comment during Tuesday's discussion, said he feels the service is important, but he pushed for increased regulation, at least as it pertains to Lompoc.

“I appreciate what they’re doing," he said, "I just don’t appreciate their result."

The Lompoc City Council on Tuesday night voted 5-0 to use about $2.3 million that the city has in clean energy credits to provide a one-time $150 rebate to each of the city’s residential and commercial electric customers. The move was made in an attempt to financially assist community members who may be experiencing hardships due to the COVID-19 pandemic.

The Lompoc City Council voted unanimously to direct staff to get input from the Lompoc and Santa Barbara County public safety agencies regarding holding a fireworks show at three possible sites, and to set a June 1 deadline to raise the needed funds for the show. If the money — estimated around $10,000 — isn’t raised by that date, the show would automatically be rolled over to 2021.

Although the staff and volunteers of the North County Rape Crisis and Child Protection Center will continue their work — even if much of it has been altered — they find themselves in a similar position as many local nonprofits amid this coronavirus crisis: Doing what they can to make it through an unprecedented global event while facing a largely uncertain future.