ARLINGTON, Va. — Senior officials from the Department of Defense and U.S. Space Force provided the most specific details to date Feb. 5 for how the newly born Space Force is constructed, its structure and the philosophy guiding decisions for bringing the first new military service since 1947 into full reality.

In broad terms, the Space Force must ensure the U.S. continues its superiority in space. Getting there, however, demands that the Space Force be “lean and agile” and mission-focused, said Lt. Gen. David Thompson, U.S. Space Force vice commander.

It must be both cost-effective and minimize bureaucracy while also infusing “innovation and improvements,” said Thompson, who was joined by Deputy Assistant Secretary of Defense for Space Policy Stephen Kitay, Assistant Secretary for Space Acquisition and Integration Shawn Barnes, and Maj. Gen. Clint Crosier, who leads the Space Force’s planning office.

The senior civilian and military leaders provided new details about Space Force during a 40-minute Pentagon news conference that included a status update on Space Force implementation efforts and insight into a 21-page report delivered to Congress Feb. 3.

The report, which is required by Congress, outlines what has been achieved since the Space Force was launched Dec. 20 and what lies ahead.

Thompson offered a clear justification for why the Space Force is needed and why it must be a separate and independent branch of the military. More nations are active in space, he said, which means there is an “increasing challenge and threat to our use of that domain by potential adversaries.”

“They are fielding weapons systems. They have communicated the intent to take our use of space away from us in conflict. So part of the rationale for creating the Space Force was to elevate our focus on this domain and the capabilities we need to the same level we have with the other services,” Thompson said.

In comments after the briefing, Crosier said an additional and important effort is training future Space Force personnel. The U.S. Air Force Academy and the Space Force, for example, have entered into a cooperative agreement to establish a Space Force Detachment at the Academy in summer 2020.

He also said that leaders are exploring a Space Training and Readiness Command option within existing resources that will focus on doctrine, space training and education as well as readiness.

A successful Space Force is a strategic imperative for U.S. national security, the officials said. It will bring greater focus and capability to space training, warfighting and overall readiness, at a time when space is more congested and contentious while also playing a central role in everyday commerce, communication and national security.

A team of senior officers and officials from the Space Force and the Department of the Air Force have been formulating policies and details for moving the Space Force from an idea to a functioning reality which ensures the nation can “compete, deter and win in an era of great power competition.”

The officials noted that the Space Force is being constructed from a “clean sheet.”

They also insisted that the Space Force is necessary. As space becomes more crowded and contested, they suggested that the United States could lose its long-held advantage in space.

Yielding dominance in space, they said, would undermine the nation’s prosperity and erode the ability of the United States military to deter aggression, defend the homeland, and project power abroad.

The officials said the new service will rely on “centers” to develop doctrine and operational standards that are specific to space. The goal is to create systems and practices that ensure space superiority and robust command and control of space forces.

“We are trying to approach this from a clean slate perspective,” Crosier said of how planning is viewed. “We want to infuse innovation and have a mission-focused force.”

The intent to be a “flat” organization means the Space Force will turn to the Air Force for many important support functions, such as civil engineering, information technology support and financial management.

That will leave Space Force personnel the freedom to focus solely — and intently — on operations, doctrine and achieving their missions, the officials said.

Graduates from Airman Leadership School Class 20C toss their caps in the air after graduating on June 25, at Vandenberg Air Force Base.

'Reinventing aerospace': Startup looks to launch its 3D printed rockets out of Vandenberg Air Force Base

Relativity Space, which bills itself as the first company to utilize 3D printing, robotics and artificial intelligence to reinvent aerospace manufacturing, has reached an agreement with the U.S. Air Force to assess the viability of conducting launch operations out of Vandenberg Air Force Base. The company announced the move Wednesday.

When I enlisted in the U.S. Air Force in 1973, I had the standard prejudices common to the rural, southern Indiana small town in which I was raised. I was racist, homophobic, misogynistic, and white privileged without any conscious thought of the basis for these beliefs.

JOINT BASE SAN ANTONIO-RANDOLPH, TEXAS (AFNS) -- The Department of the Air Force stood up a new division at the Air Force’s Personnel Center t… 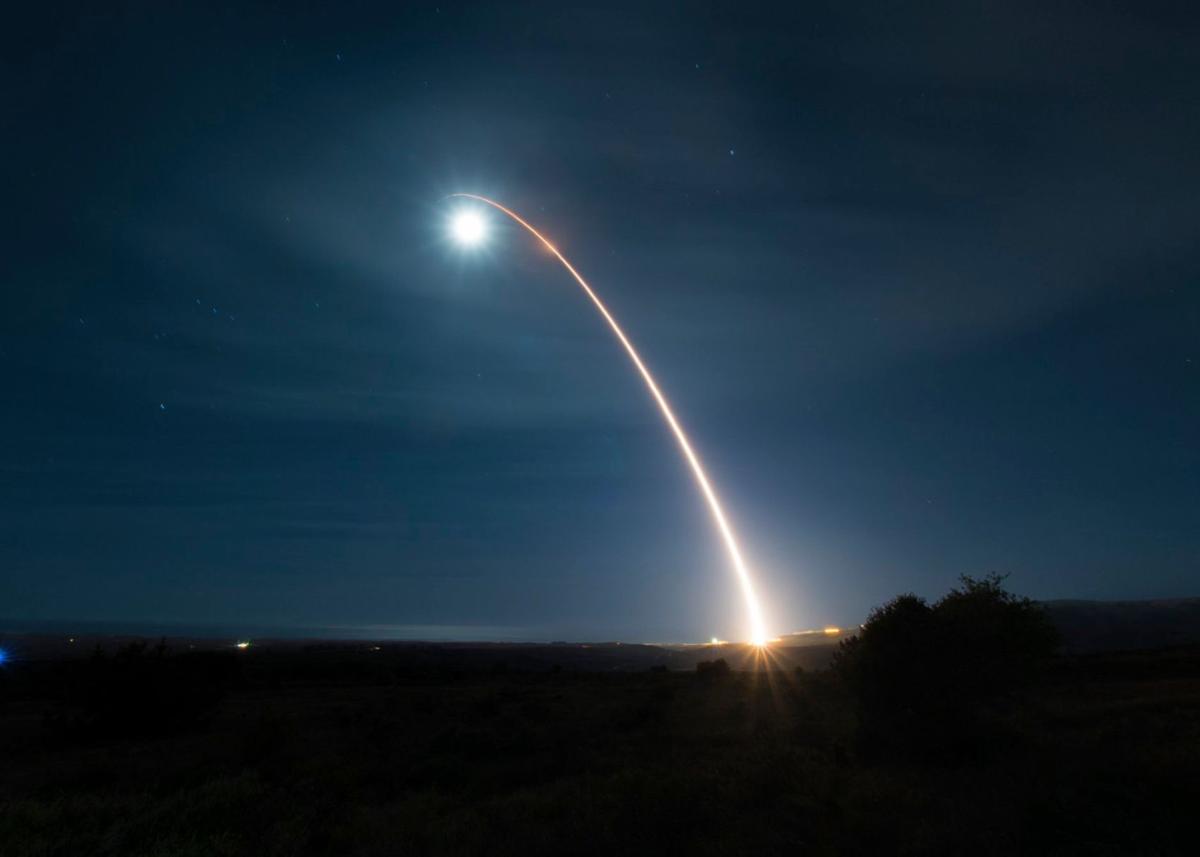 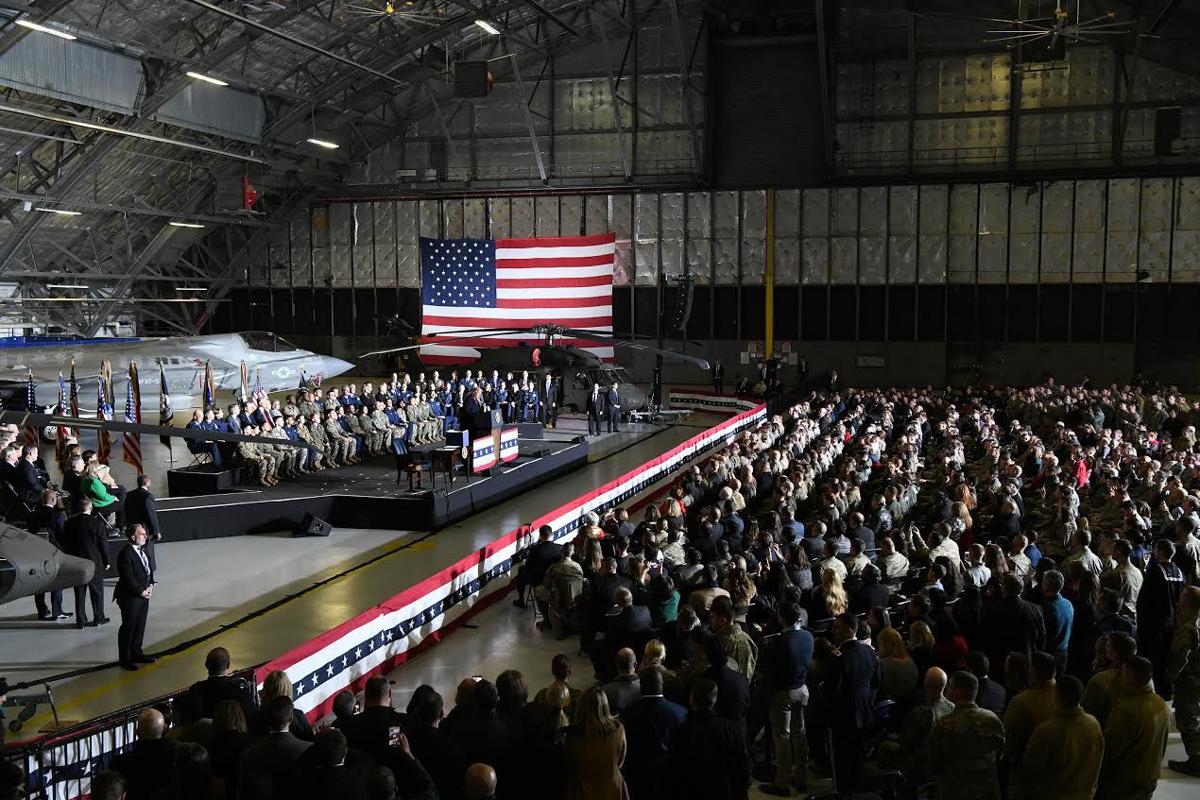 President Donald Trump speaks during an event at Joint Base Andrews, Maryland, on Dec. 20, 2019. Trump visited Andrews to thank service members before signing the National Defense Authorization Act of 2020.