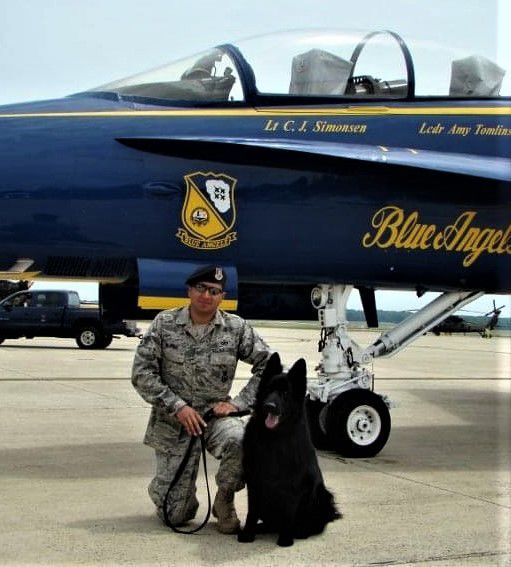 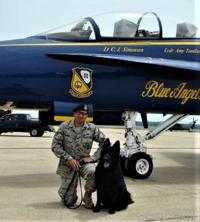 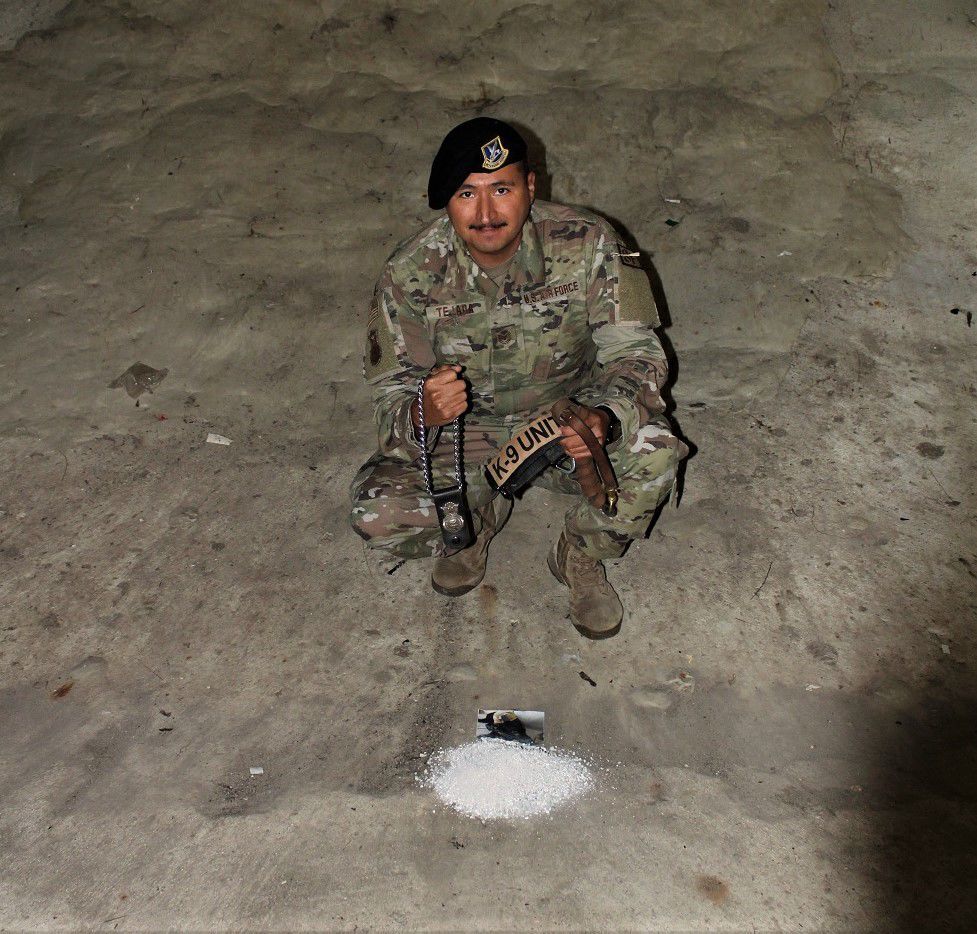 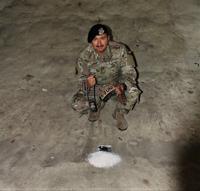 VANDENBERG SPACE FORCE BASE — Nothing in this world can compare to the bond between humans and their animals. There is a special connection people have with their beloved animals that is wildly unique and can never be replicated.

For U.S. Air Force Tech. Sgt. Joseph Tejada, 30th Security Forces Squadron alpha flight sergeant, he had a connection that was stronger than most. Military Working Dog Sam and Tejada were an inseparable duo and had a bond no time or distance could ever break.

“I could fill a book with all the adventures we went on,” Tejada said.

Sam’s life began Jan. 7, 2006, in Colorado. His military career began shortly after that at the Joint K9 Training Center on Lackland Air Force Base, Texas.

After completing Dog Training School, Sam was transferred to his first duty station at Andrews Air Force Base, Maryland, where he met his soon-to-be partner in crime and best friend for years to come.

“Sam and I got partnered in November 2008,” said Tejada. “We trained and became certified in explosive detection together.”

Tejada and Sam went on their first deployment together in 2009 to Sather Air Base, Baghdad, where they supported Operation Iraqi Freedom. After a few years and another deployment together, Tejada was separated from his furry best friend due to reassignment to Europe.

“I always knew it would eventually come to the point where I’d have to say goodbye,” Tejada said, “but that didn’t make it any easier … .”

As Sam went on with a new handler, he spent the next few years continuing to serve for the nation before retiring in May 2015.

After hearing about Sam’s retirement, Tejada traveled back to where their story all began to attend his retirement ceremony. On Andrews Air Force Base, Tejada was reunited with Sam, where he was able to bring him home and give him the retired life he deserved.

For the next six years, Tejada and Sam lived their life in Germany and New Mexico. Sam was showered in treats and expensive steaks and went on hundreds of walks. The two spent their days together to make up for lost time.

However, all good things must come to an end eventually.

In the months leading up to Sam’s 15th birthday, Tejada began to notice Sam’s health deteriorating due to old age and years of dedicated service. Tejada knew there was nothing he could do except enjoy his last moments with him while he could.

Shortly after Sam’s 15th birthday, in February 2021, Sam entered his eternal rest in his favorite spot next to Tejada’s couch.

“I thought I was prepared for Sam to take his last breath, but I definitely wasn’t,” said Tejada. “I’m not ashamed to admit I broke down when my four-legged buddy of over 12 years crossed over that rainbow bridge.”

Sam was draped under a United States flag, cremated and then returned to his first handler, partner and friend, Tejada.

Months after the tragic loss of his furry companion, Tejada decided he wanted to disperse his best friend in a way that displayed the adventure that was his life.

On Vandenberg Space Force Base, where Tejada is stationed, the base conducted its 2,000th launch. Tejada placed Sam’s ashes in the blast tunnel underneath the Atlas V booster on its launch day so when it came to blastoff, Sam would be spread in a way worth remembering.

“Sam was my wrecking ball,” Tejada said. “Even when there was nothing there, he always managed to knock obstacles down. In that same fashion, I wanted Sam’s story to end with a literal bang.”

“My heart raced during that final countdown before it launched,” said Tejada. “When that rocket finally lifted off, I felt excitement, sorrow, but most importantly, I felt relief that Sam would forever be at peace.”

Sam’s time on this Earth will forever be cherished and his service was appreciated more than words could even begin to describe. Aim High, Sam. Rest in peace.