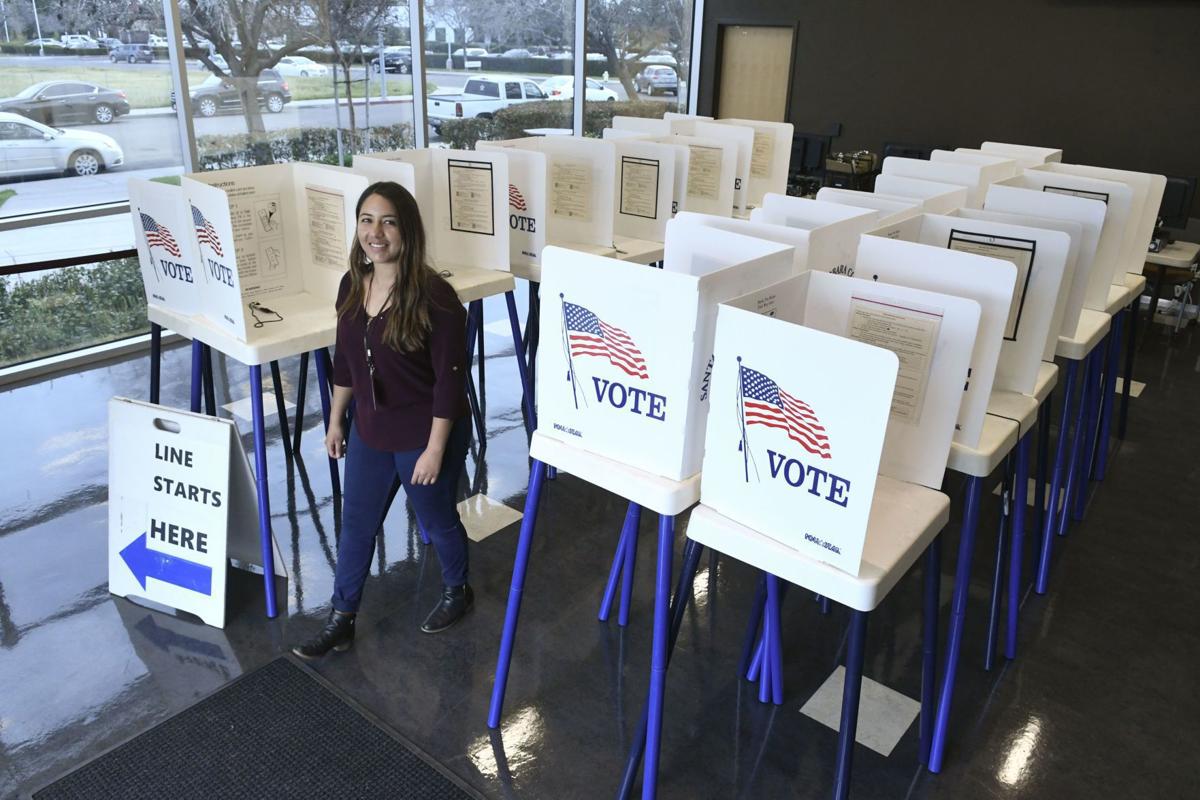 Estefany Cortes, a Santa Barbara County Elections Office staff member, helps set up voting booths in a temporary voting area in the Board of Supervisors hearing room at the Joseph Centeno Betteravia Government Center in preparation for the March primary — just before the COVID-19 public health emergency struck. The governor has directed the state's voters to cast ballots by mail in the Nov. 3 general election. 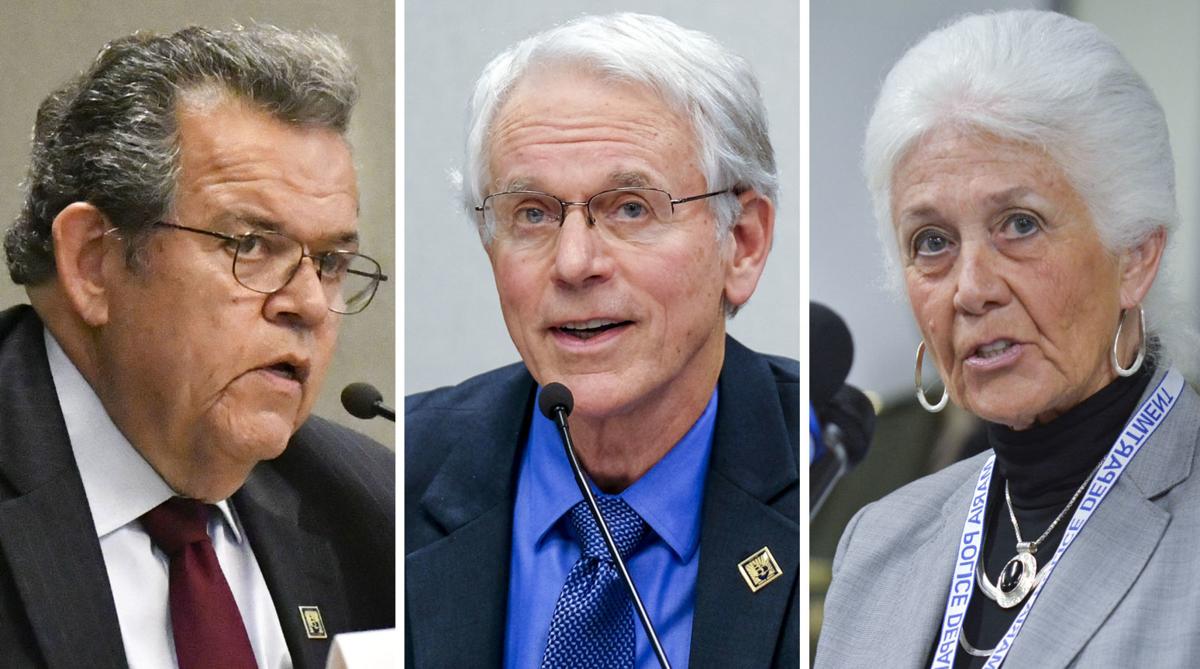 Although the 2020 Presidential General Election is more than four months away, the clock will soon start running on deadlines for city, school district and special district candidates to meet as part of the filing process in Santa Barbara County.

By executive order of Gov. Gavin Newsom, everyone in California will receive a vote-by-mail ballot for the Nov. 3 election as part of the state strategy to limit the spread of COVID-19.

Santa Barbara County election officials plan to begin mailing ballots Oct. 5, and the executive order requires ballots to be mailed to all those registered as of the last day vote-by-mail ballots can be sent.

However, the order does not prevent counties from offering in-person voting, and state and county election officials are continuing to work on strategies to allow citizens to physically cast a ballot.

Mayors and council members will be up for election in each of the North County cities of Buellton, Guadalupe, Lompoc, Santa Maria and Solvang.

So far, 14 school districts and 13 special districts in Santa Barbara County will have seats to be filled, although election officials said those totals could change by Election Day.

Although the County Elections Office is still working out filing procedures that will take into account the COVID-19 public health emergency, the nomination period for school and special district candidates will open Monday, July 13, and continue until 5 p.m. Friday, Aug. 7.

If an incumbent doesn’t file for re-election by Aug. 7, the filing period is extended five days, until Wednesday, Aug. 12, for everyone but the incumbent.

Cities set their own filing schedule deadlines, so those interested in running for a city office should check with their city clerk to obtain a schedule and nomination documents.

Santa Maria will complete its transition to electing council members by district, with residents voting in District 1, which encompasses the northwest side, and District 2, consisting of the north central portion of the city, and will also elect a mayor in November.

The terms of council members Michael Moats and Mike Cordero will expire this year, as will that of Mayor Alice Patino.

In addition, the four-year term of City Clerk Patti Rodriguez will end, and her position will be up for election.

In Buellton, the terms will expire for Mayor Holly Sierra and council members Art Mercado and John Sanchez.

Three seats will be up for election in Cuyama Joint Unified School District, which overlaps into San Luis Obispo and Ventura counties

Just one seat will be up for election in Ballard School District.

In the Santa Maria Valley Water Conservation District, seats will be open in divisions 1, 2, 4 and 7. District 2 overlaps into San Luis Obispo County, and District 7 overlaps into Ventura County.

Three seats will be open for election in the Santa Maria Public Airport District.

Other special districts with three seats up for election include the Cuyama, Los Alamos, Mission Hills, Santa Ynez and Vandenberg Village community services districts as well as the Cuyama Valley Recreation District.

Two seats will be up for election for Lompoc Valley Medical Center and Santa Rita Hills Community Services District.

The number of seats up for election in Casmalia Community Services District has yet to be determined, according to the County Elections Office.

Although Santa Barbara County Elections Division offices are closed to the public for physical distancing during the COVID-19 public health emergency, the offices continue to provide services by phone, email, U.S. Postal Service mail and online.

Citizens can register to vote up until Monday, Oct. 19, with conditional registration for those who missed the deadline to take place from Oct. 20 right through the close of the polls on Election Day.

To register to vote or to update a voter registration, visit https://registertovote.ca.gov/.

Those who prefer to deliver their ballots rather than return them by mail can deposit them in drop boxes at 511 E. Lakeside Parkway in Santa Maria and 100 Civic Center Plaza in Lompoc.

For more information about filing as a candidate, registering to vote and casting ballots in the Nov. 3 general election in Santa Barbara County, visit https://countyofsb.org/care and click on "Explore Elections" or call the County Elections Office at 805-568-2200.

Estefany Cortes, a Santa Barbara County Elections Office staff member, helps set up voting booths in a temporary voting area in the Board of Supervisors hearing room at the Joseph Centeno Betteravia Government Center in preparation for the March primary — just before the COVID-19 public health emergency struck. The governor has directed the state's voters to cast ballots by mail in the Nov. 3 general election.