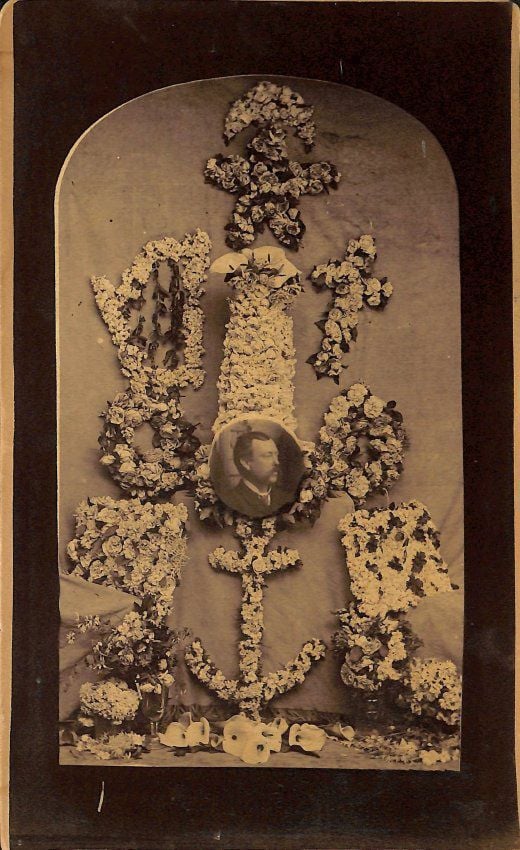 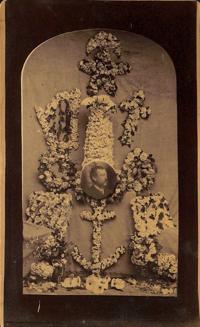 A memorial to "Doc" Southard, who was killed by Edmund Criswell in May of 1890. 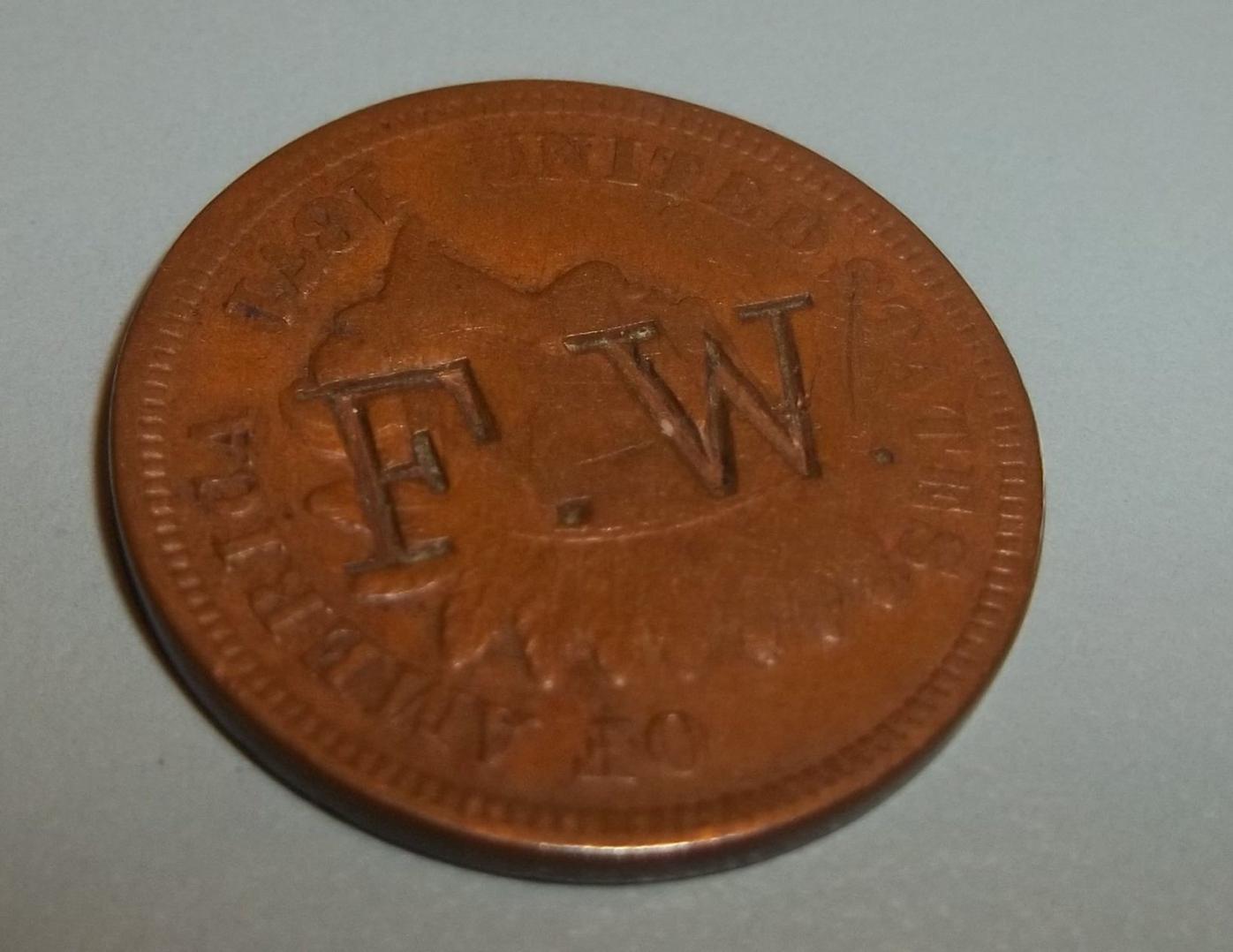 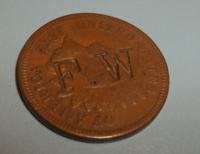 The 1871 Frederick Wickenden Indian Head penny with the initials "F.W." hammered into it. 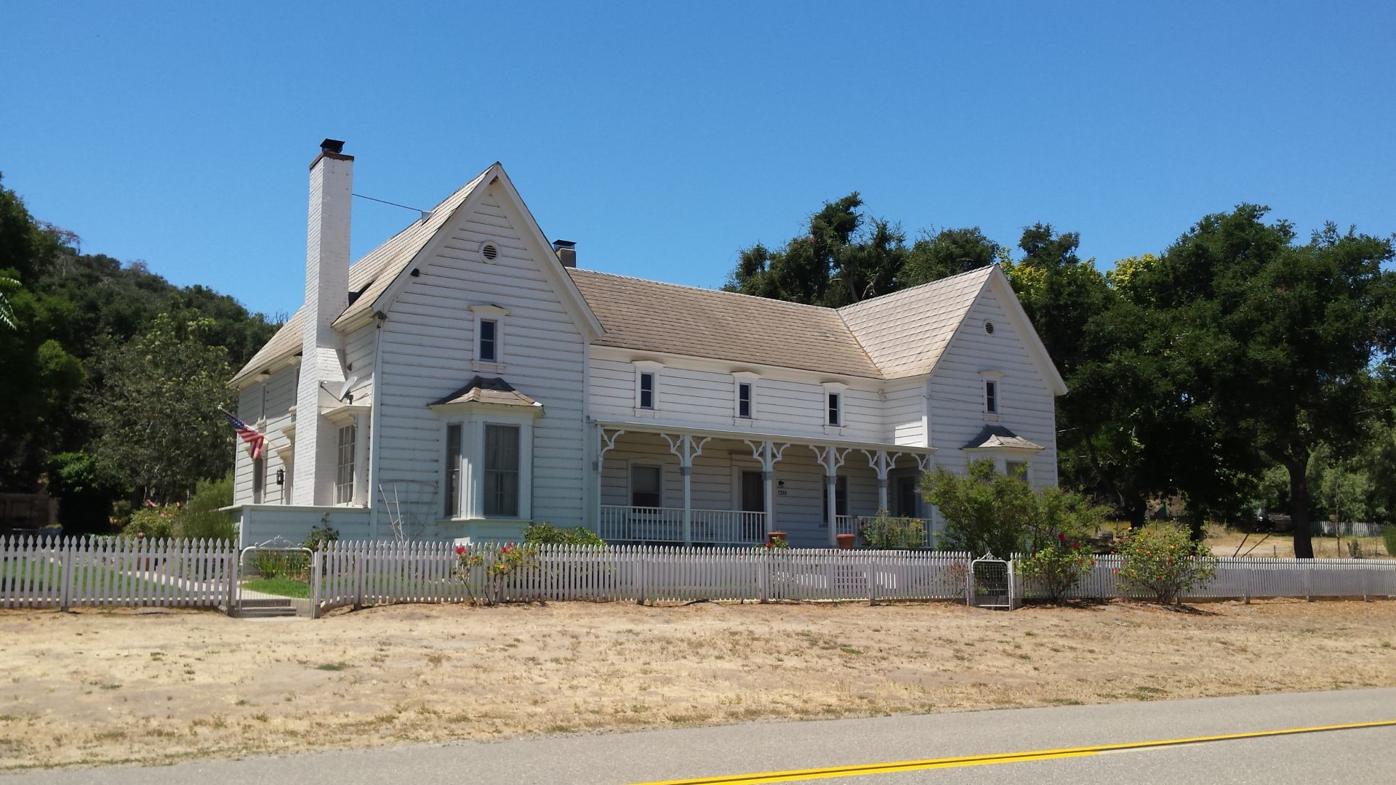 The exterior of the Frederick Wickenden house in Sisquoc.

A memorial to "Doc" Southard, who was killed by Edmund Criswell in May of 1890.

The 1871 Frederick Wickenden Indian Head penny with the initials "F.W." hammered into it.

The exterior of the Frederick Wickenden house in Sisquoc.

The rampant lawlessness that had taken foot after California became a state resulted in many vigilante groups desperately being formed throughout California during the second half of the 19th century.

In the 1850s, some of the most notorious bandits in the state maintained a reign of terror along the lonely road from Monterey to Los Angeles. It was rumored that these bandits were being protected by some of Santa Barbara County’s most respected men, those Californios who had seen California taken over by the United States in 1848.

Justice just didn’t seem to exist. Juries were setting criminals free almost as fast as they were being locked up, and violent crimes along the Central Coast had increased to such an extent that the people were afraid to leave their homes.

In desperation, a group of 150 men from Paso Robles to the Nipomo Mesa got together in 1858 to form a vigilante committee, “the object of which is, and shall be, the repression and punishment of crimes by all means whatsoever.”

William Dana of the Rancho Nipomo and Frederick Wickenden both joined the group, with each man donating $30 to the cause.

When enough criminals had been hung to convince the local bandits that their time had passed, the lonely road to Los Angeles, at least that part in San Luis Obispo County, became relatively safe once again, and the vigilante committee quietly dispersed.

However, since local police protection consisted of a sheriff who was located in Santa Barbara, located a good 70 miles away (and a day and a half’s travel time), saloon bums and local thugs tried to take over the town.

It was time to set up some type of police protection.

The new village of Grangeville hired young Madison “Matt” Jessee as its first night watchman, a position that he held until he became the constable for Santa Maria.

When Constable Southard was murdered by local saloon keeper Edmund Creswell, a citizens committee, or “vigilante group”, was hastily formed. These vigilantes stormed the saloon where Creswell was being held and hanged him from the rafters.

This was Santa Maria’s first and only lynching.

In 1904 Santa Maria was once again controlled by a bunch of saloon bums who terrorized the locals. Whiskey Row, said to have been already 10 years old, was the favorite watering hole for the town’s undesirables, and as its popularity grew, so did its shady reputation.

Since the county seat was located so far away, and there was no local police protection for this unincorporated town, by the time an “enforcer” arrived in Santa Maria, a good day-and-a-half had passed. It was clearly time for some kind of action.

On Nov. 6, 1905, the year that Santa Maria was incorporated, C. L. Rice was appointed deputy marshall and then, in a city election early in 1906, Garrett Blosser became city marshal. He was installed in office of April 10, 1906, with a monthly salary of $50. To supplement his income, he was paid a bounty for stray dogs and cats that he shot, plus a commission on any delinquent contractor license fees that he collected.

H. S. Bardin took the job after Blosser left it in 1912, and served until 1916. It soon became apparent that the law enforcement position was not the most sought-after job in town as six city marshalls followed Bardin in a five-year period.

As Santa Maria grew in both size and population, there became a need for more law enforcement officers, and the time had come for Santa Maria to form its own police department.

R. M. Travis became Santa Maria’s first marshal and Chief of Police when he was appointed to those positions in 1921.

“Speed cops,” who operated here in the early days, were made up of men who owned motorcycles. Since the city had no vehicles for these lawmen to use, they were paid by the county to use their own bikes. Frank and Ralph May, wearing blue shirts and caps, were figures of authority during the days when only about five speed cops took care of policing the city’s streets.

On the state level, before the formation of the California Highway Patrol in 1929, speed cops were under the supervision of the Santa Barbara County Board of Supervisors, with the county both appointing and paying the officers’ salaries.

Until 1934, when police cars were painted their distinctive black and white markings, all police vehicles were solid white. This was a time when there were no police radios, and officers of the law went out on calls, one man to a car.

Those were the days when Santa Maria had become a quiet little town where officers of the law dealt mainly with public intoxication and the like.

However, on Dec. 10, 1938, Santa Maria Police Capt. Ben Warren Stowell was kidnapped while on duty. When Stowell learned that three men, who were wanted by the Buellton Police, were holed up in a building in the 700 block of South Broadway, he went down to investigate.

Unfortunately for Capt. Stowell, the armed men pushed him into his police car and sped off.

Stowell later said that after a hectic ride over mountain roads, he asked his captors to allow him to use the restroom. Knowing the Cuyama area “like the back of his hand,” he made a quick getaway and thus escaped his captors near the junction of the Cuyama and Maricopa highways, about 70 miles northeast of Santa Maria.

For months Capt. Stowell tried to track down his kidnappers, but to no avail. The three men were later arrested in Denver on postal charges, and received long sentences in the federal penitentiary.

Santa Maria’s police force, now fully staffed, has seen the city’s crime rate increase considerably in spite of the fact that the methods of crime-fighting have become more sophisticated.

Sadly, though, even the most sophisticated of weapons and methods of crime fighting didn’t prevent the killing of Robert Ramos. On Oct. 9, 2003, Officer Ramos became the first policeman in the history of the city to be killed in the line of duty.

The days of dealing mostly with public intoxication are long gone, and “the boys in blue” face a multitude of crimes never heard of 50 years ago. Still, the mission statement remains the same:

“In partnership with the community, we will provide impartial, ethical, and professional law enforcement services. We will take a leadership role in forming collaborative community efforts to find long-term solutions for the reduction of crime through prevention. We will strive to maintain the trust, understanding, and confidence of our residents, while working to improve the quality of life.”

Marc Schneider, the city’s present Chief of Police, was appointed in January of this year. He replaced Phil Hansen, who retired after serving the city of Santa Maria for more than seven years.