Read through the obituaries published in Santa Ynez Valley News

Jeanette Hermina Willemsen passed away at the age of 88 early Sunday morning on October 20th, 2019 in her beloved Buellton home with her daughter Kim by her side. Jeanette Willemsen, better known as “Grandma Willy” to her many grandchildren, great grandchildren and her church family was born on August 11th, 1931, in Rock Rapids, Iowa to Art and Johanna Hop. Her family migrated to Artesia, California where Jeanette fell in love with a strikingly handsome and hard-working man named Jake Willemsen. Jake and Jeanette tied the knot on December 6th, 1950 and soon moved to Buellton where they established the Santa Ynez Valley Dairy and started their beautiful family.

Jeanette is preceded in death by her parents, Art and Johanna Hop and her husband, Jake Willemsen.

Although she is gone from our lives she will be remembered forever in our hearts and memories and the stories we will share--that big smile and larger than life personality we all loved so much.

A Celebration of Life will be held at the Santa Ynez Valley Presbyterian Church on November 16 at 11:00 AM.

In lieu of flowers please make donations to the Deacons Fund of the Santa Ynez Valley Presbyterian Church or to the local SYV Hospice. 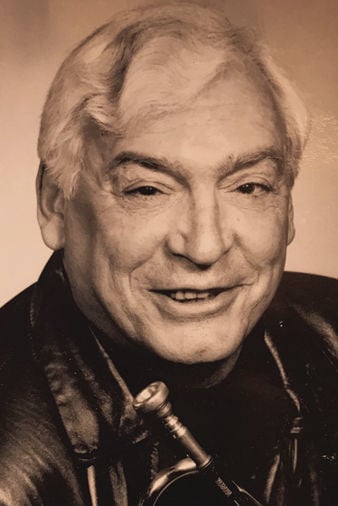 Anthony Ross Lazzara, 89, died in his home in Santa Ynez, Wednesday, November 6, 2019, surrounded by family and his beloved wife, Joan of nearly 70 years.

Tony was born in Chicago, Illinois on May 3, 1930. The only son of Joseph and Rose Lazzara and brother to three sisters: Jean Anderson and Rose Karklins, deceased, and Marlene Williams who resides in La Quinta, California.

Tony attended St. John's Northwestern Military Academy where he played the trumpet in the school band. After graduating from St. John's in 1948, he then attended DePaul University where he received his Law degree in 1954.

He practiced law in Chicago and became CEO and Chairman of the Board of Datronic Rental Corporation, but in 1971 left the Midwest to boldly follow his entrepreneurial prowess and founded Scientific Technologies, Inc (STI). STI developed a solid-state optical sensor and a light curtain product used for machine safety, eventually becoming the U.S. market leader in optical safety products. STI was located in what was then about to become Silicon Valley, California.

To follow his passion and vision, he relocated his wife and children - Joseph, Janice, James and Judy - to a new home in Portola Valley, California where he cherished the natural beauty of the oaks and Windy Hill for almost 30 years.

Tony's keen mind and indomitable spirit embraced life fully while he avidly learned new skills throughout his life. He grew fruit trees, was a HAM radio operator, a pilot, a sailor, loved red wine, jazz music and played jazz trumpet into his early 80's. He reinvented himself as a ranch owner, boarding horses. He owned and managed his Italian Restaurant, “Volare” in Santa Ynez “for fun” and took deep pride in his Sicilian heritage. Tony loved to fish, and took his boats sailing in Mexico and Santa Barbara. He was as comfortable sailing as he was flying as a recreational pilot. Tony was inspirational to many - generous, loyal and devoted to work as well as enjoying his long life.

The beauty of the Santa Ynez Valley hillsides stirred his soul and heart for the past 17 years of his life. He beamed happiness around his nine grandchildren – Paul and Graham Toben, Erin Granados, Scott Ashford, Tony, Jennifer and Jeremy Lazzara, Robin Harper, and Jeffrey Windsor, and four great grandchildren – Emma, Hunter, Olivia, and Thomas. Tony adored hearing about their endeavors and had infinite confidence in each of them.

A funeral service will be held on November 18 at 11:00 a.m. at Old Mission Santa Ines in Solvang.

In lieu of flowers, donations may be made to the San Lorenzo Seminary, Mission Santa Ines, or the Youth Camps at Living Jazz in Oakland, California.

Royine Ethel Fisher, 86, resident of Solvang, passed away November 6, 2019. Arrangements are in the care of Starbuck-Lind Mortuary, Directors. www.starbucklind.com 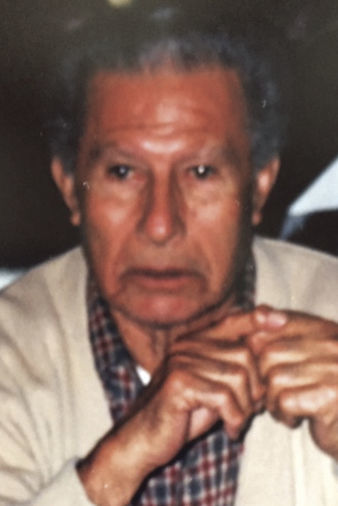 He lived a blessed and fulfilled life of 98 years. He was preceded in death by his beloved wife and mother of their 16 children, Maria Concepcion Lopez de Garfias in 1996.

He left this earth a faithful husband to his wife and children whom he will continue to love for all eternity.

A resident of the Santa Ynez Valley since 1967, Luis made his home in Buellton CA.

He taught himself to play the guitar and enjoyed being an active member of the Club de Guadalupe and the Choirs of the Old Mission Santa Inez and La Purisima Church.

Luis was a self-taught man of great wisdom and intellect. In his younger years he peacefully fought for his faith through his public participation with the Synarchist movement in Mexico.

Luis, a man of highest integrity and conviction, with a great love for our Lord Jesus Christ will be dearly missed by many.

A viewing and Rosary prayers will be held at the Old Mission Santa Ines on Tuesday November 12th from 6:00pm until 9:00pm.

Funeral Mass will be at the Old Mission Santa Ines on Wednesday November 13th at 11:00 am with burial following at Oak Hill Cemetery in Ballard.

Stay tuned in to the latest hit TV shows and more directly from your inbox.