A helicopter making low-level passes over the Santa Ynez Valley towing a large hexagonal frame is using a technology first developed in World War II to peer as far as 1,400 feet below the surface to map the groundwater basin.

The aerial electromagnetic method is being used by the Santa Barbara County Water Agency and Santa Ynez River Water Conservation District to gather data on the groundwater basin in a few days that otherwise could take months or even years to obtain, water officials said.

“We’ll get some preliminary results almost immediately,” said Matt Young, water resources program manager for the County Public Works Department. “But we have to check that against known well levels … [and] other known data.

“We expect more firm results next spring or early summer,” he added.

Pilots especially trained for low-level flight will tow the frame about 100 feet above the ground at 50 to 75 mph in a pattern of straight lines on a slightly northeast-southwest axis.

Flights were scheduled to begin Sunday and continue for about a week over the Eastern Santa Ynez River Basin Management Area, with the helicopter covering a distance of 500 to 600 miles.

Equipment on the hexagonal frame creates a low-level electromagnetic field that penetrates the ground, interacts with geologic features and returns electromagnetic waves to sensors that measure that response.

Data gathered by the sensors result in images revealing detailed variations in the Earth’s electrical properties 1,000 feet or more below the surface of the land.

“It’s electromagnetic energy bouncing back, but someone has to interpret that,” Young explained.

Because the process involves electromagnetic energy, some people are concerned about potential adverse health effects, but the flights will take place only over lightly populated areas, avoiding businesses, homes and other inhabitable structures as well as confined animal feeding operations.

The magnetic field generated by the AEM transmitter is also less than 1/100th of general public exposure level across all frequencies based on guidelines set by the International Commission on Non-Ionizing Radiation Protection.

Magnetic field exposure from the survey equipment would be about the same as standing a foot away from an electric toaster, according to SkyTEM, the company conducting the survey.

Young said similar AEM surveys have been conducted throughout California — including in Pismo Beach and Paso Robles — with no reported ill effects.

The technology was initially developed in World War II to detect enemy submarines, but it was subsequently adopted for use in locating minerals and oil.

“It’s the technology they used to use for mining, but with the Sustainable Groundwater Management Act, it’s become in demand for [groundwater mapping],” Young said.

Once the resulting images have been analyzed, they will be combined with water well data and information about the area’s geology to produce a three-dimensional map of the bedrock and the coarse sands and gravels and fine materials like silts and clays that make up the Santa Ynez River Valley Groundwater Basin aquifers.

The ultimate goal is to develop a groundwater sustainability plan to assure the basin will not be overdrafted — drawn down so low that it can’t provide the water supplies needed in the future and potentially sustain saltwater intrusion.

Multiple cities, services districts, farmers and others with wells drawing from the basin have a stake in its water.

Because of the Santa Ynez River Valley Groundwater Basin’s size and the multiple jurisdictions involved, three groundwater management agencies — the Eastern, Central and Western — were formed to develop sustainability plans for their areas.

Young said the cost for surveying the Eastern Management Area is about $180,000, which is being paid for by County Water Agency funds.

“This is a significant savings compared to drilling wells,” he said.

The cost for surveying the Central and Western management areas will be covered by a grant from the Department of Water Resources.

The aerial electromagnetic method aquifer survey on the Eastern Management Area of the Santa Ynez River Valley Groundwater Basin was scheduled to begin Nov. 15 and continue five to seven days; however, officials said the time could be extended.

To review the groundwater sustainability plans

Groundwater sustainability plans are due at the California Department of Water Resources by January 2022, and complete draft versions are expected to be available for public review in summer 2021.

However, draft sections of the plans will be rolling out for public review beginning in the next few weeks, said Matt Young, water resources program manager for Santa Barbara County.

Four thousand pounds of triploid rainbow trout were released into Cachuma Lake on Wednesday, making it the third release this year by Santa Ba… 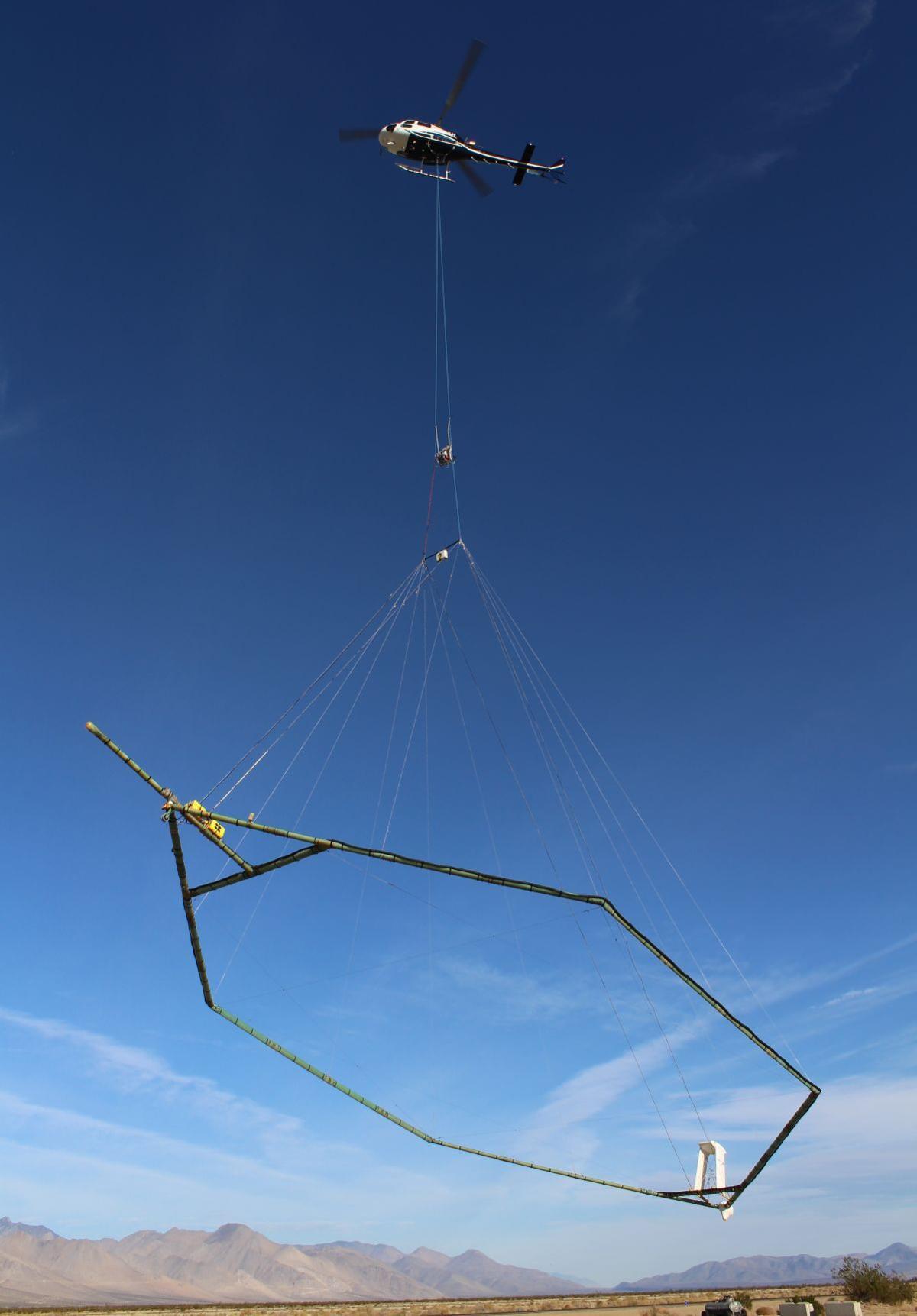 A SkyTEM helicopter lifts off with an aerial electromagnetic method survey frame suspended below it to begin a mapping a groundwater basin elsewhere in California. The company is surveying the Eastern Management Area of the Santa Ynez Valley Groundwater Basin this week. 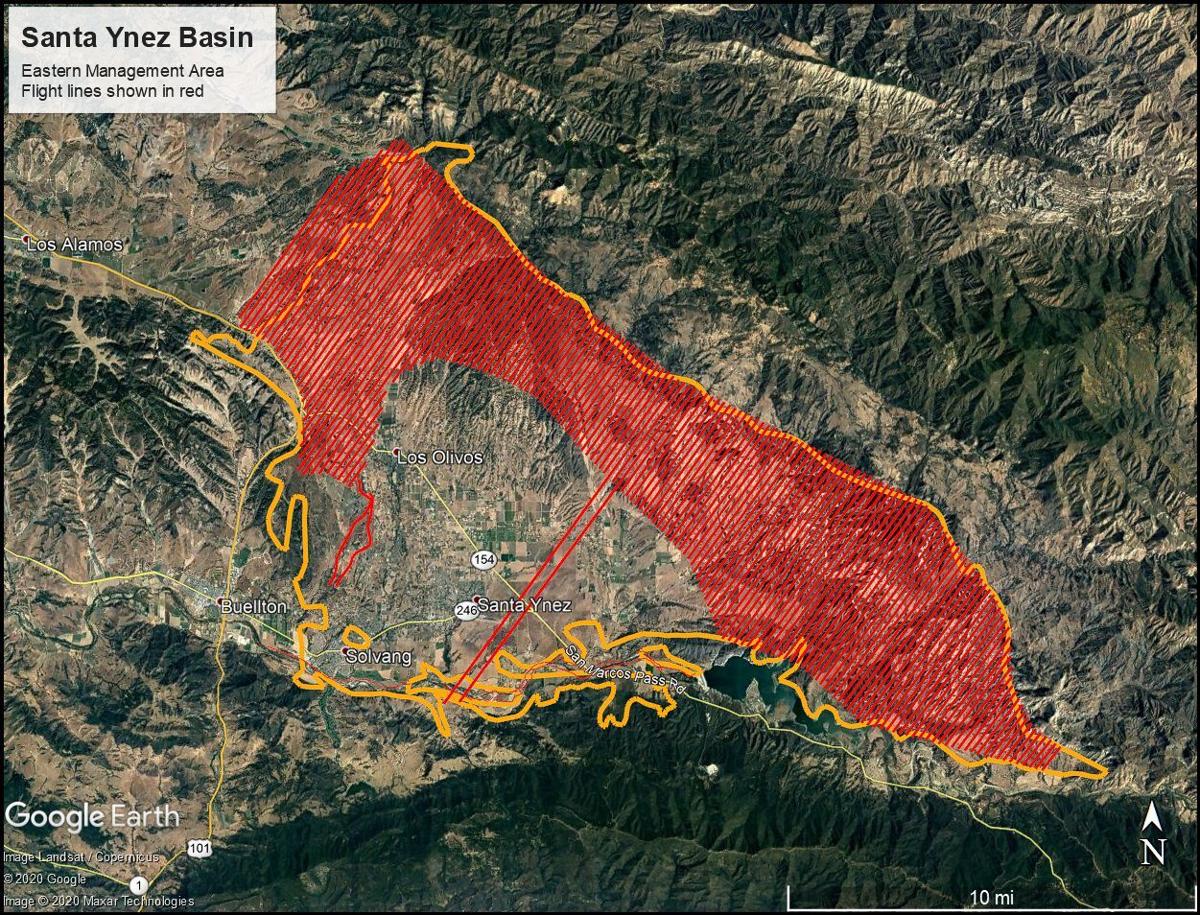 A map shows the flight lines, in red, of the SkyTEM aerial electromagnetic method survey of the Eastern Management Area of the Santa Ynez River Groundwater Basin, outlined in yellow. 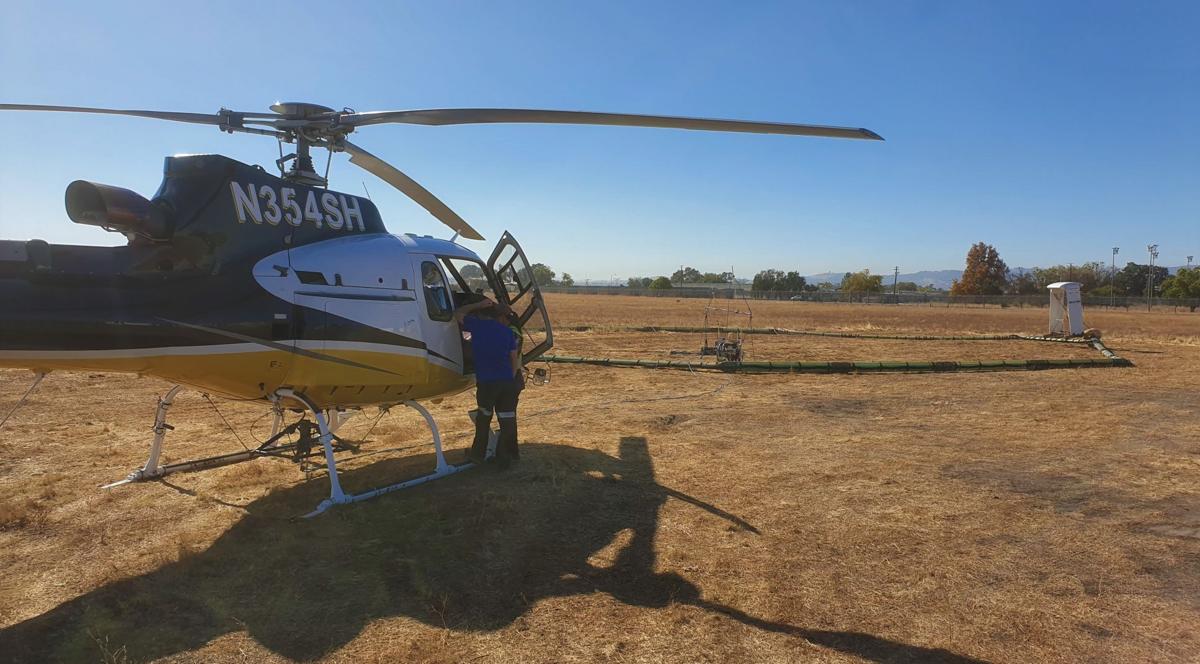 A SkyTEM helicopter is hooked up to an aerial electromagnetic method survey frame and ready to take off for a groundwater survey like the one being conducted this week in the Santa Ynez Valley. 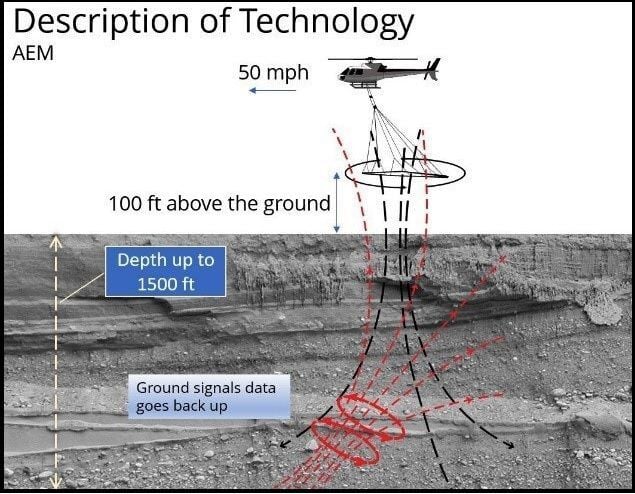 A diagram shows how an aerial electromagnetic method survey can provide images of subsurface conditions. 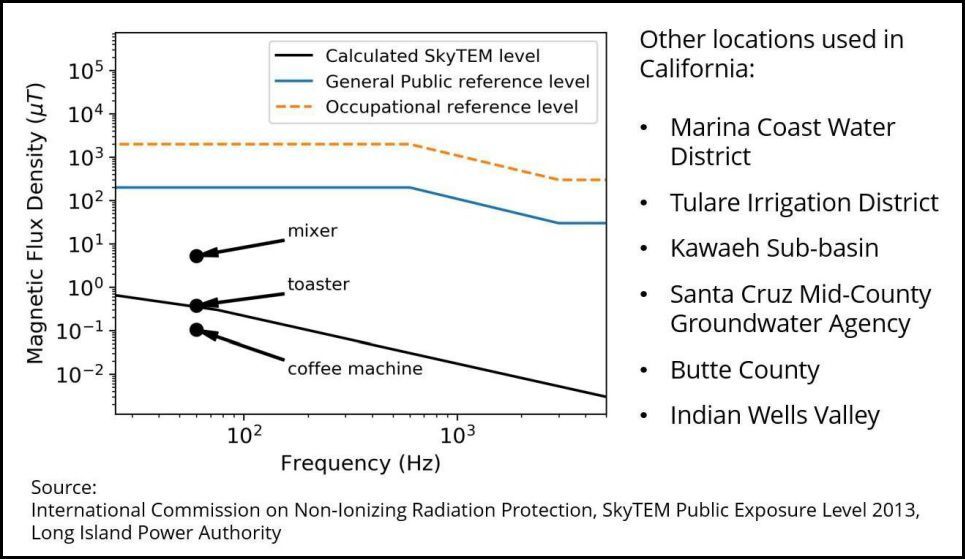