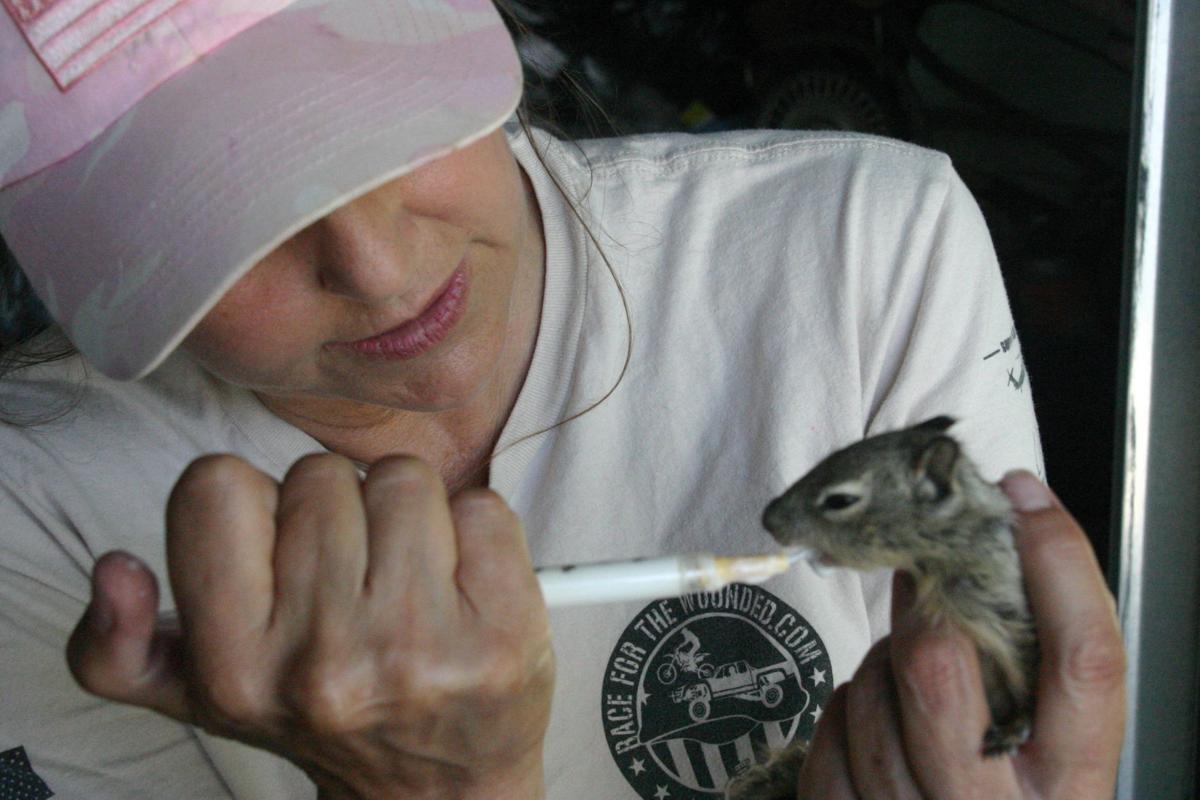 Julie DiSieno uses a syringe to feed a baby squirrel that was dropped off in a cage outside her Animal Rescue Team wildlife rehabilitation center in Solvang. 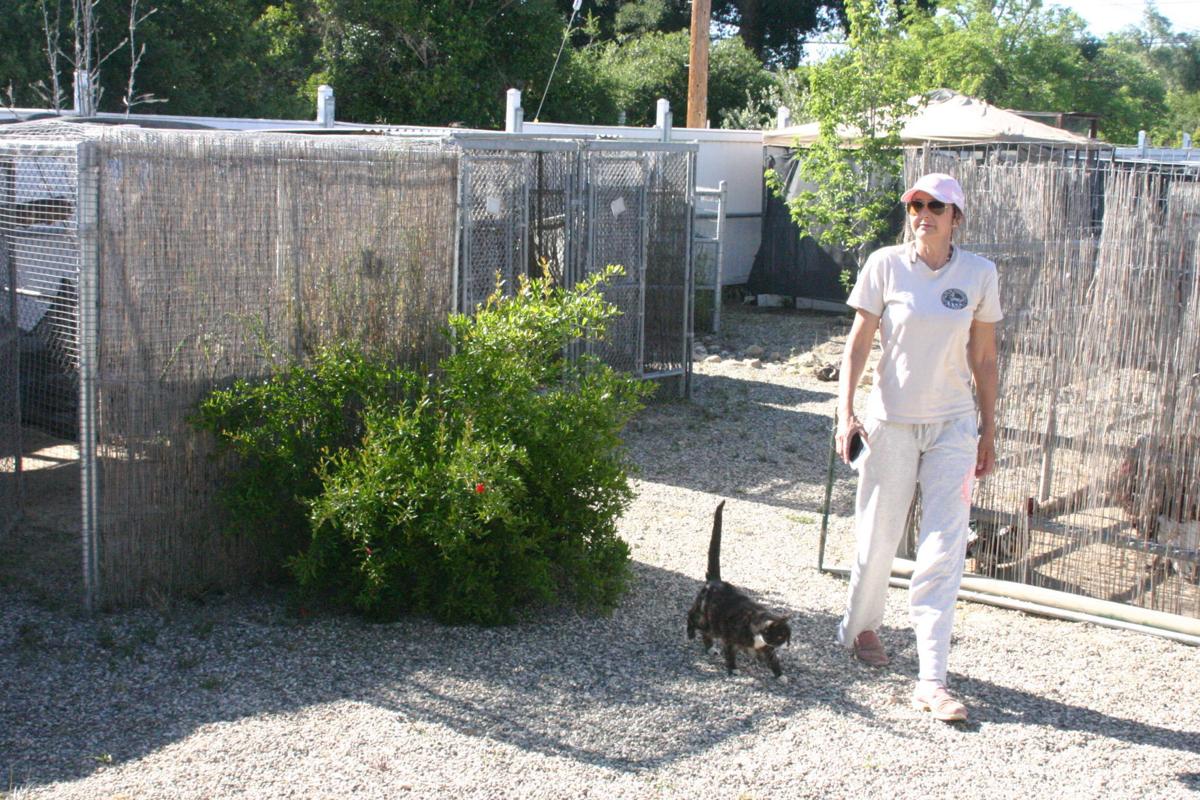 Julie DiSieno walks through the mostly empty wildlife enclosures at her Animal Rescue Team facility on Carriage Drive. A noise complaint from neighbors has led the county to issue an order to shut down the operation, which she has appealed. 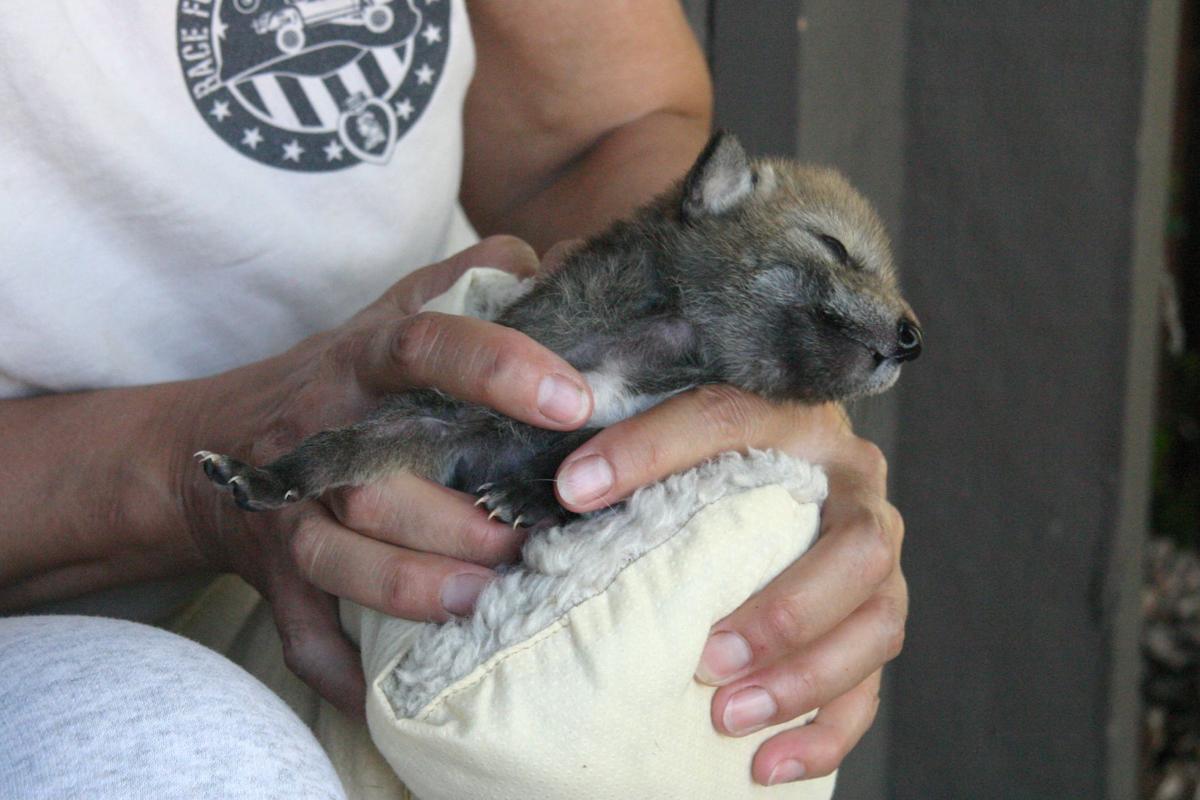 A 15-day-old coyote pup stretches in Julie DiSieno's hands after being fed from a bottle at her Animal Rescue Team operation in Solvang.

The county planning department has issued a cease-and-desist order to the Animal Rescue Team after a complaint was filed by neighbors claiming the operation, located on a little more than an acre in the 800 block of Carriage Drive in Solvang, makes too much noise.

Animal Rescue Team owner Julie DiSieno, however, said the order is the culmination of seven years of harassment, and this time she plans to file a lawsuit against the complaining neighbors.

Her appeal of the April 6 order from the Santa Barbara County Department of Planning and Development likely won’t be heard for several months, DiSieno said, but in the meantime her operation is on “total lockdown” out of fear for herself and the few animals she has in enclosures on the back of her property.

“There have been seven years of documented harassment, and this time we’ve lawyered up,” she said. “We are going after them for damaging my reputation.”

DiSieno said false accusations about her have been posted on social media sites and included in complaints filed with the County Sheriff’s Department.

She said she has been accused of everything from carrying an AK-47 to stealing a dog that ran loose for three weeks, to releasing a pack of coyotes from their pens at night to roam the neighborhood and attack pets, then penning them back up in the morning.

“Now they’re messing with my job, my home and the wildlife,” she said, nearly breaking into tears. “Rescuing wildlife doesn’t pay a lot of money. But if they take this away, I’ll lose everything.”

DiSieno received a letter, dated March 20, from county zoning and code enforcement officer Petra Leyva notifying her that a complaint had been filed against her claiming her wildlife species rehabilitation effort was creating "offensive noise.”

“They’ve never been able to prove any sounds are coming from our property,” DiSieno said, talking over the roar of power equipment being operated next-door. “What kind of wildlife makes noise — besides coyotes when they make a kill?”

The letter advised her of the county ordinances governing wildlife rehabilitation operations and recommended she be in compliance, because if a violation was confirmed, she would have to abate the violation and would be liable for staff time processing the case at a rate of $192.23 per hour.

DiSieno said the complaint was based on coyotes howling at night, and a neighbor charged that she had 20 of them on her property.

But she said she only has two coyotes — an old one she found dying from rodenticide poisoning and a severe case of the mange that’s too sick to even move around and a pup only about 15 days old she’s keeping inside her house and feeding with a bottle.

“The dogs will howl if a siren goes by on the highway,” she said. “All the dogs in the neighborhood will go off. There are coyotes that howl down in the vineyard. But I don’t have any.”

In fact, during an hour and a half period after the power equipment shut down, the only sounds on her property came from a couple of Japanese quail she has in a cage and some wild grackles flying overhead.

But the notice of violation and direction to cease said “the Public Health Department has advised the director of Planning and Development there is evidence of a noise nuisance from the wildlife rehabilitation facility."

It ordered DiSieno to cease wildlife rehabilitation activities within 90 days of the letter and gave her 10 days to appeal, which she did — at a cost of $700.

DiSieno said she has strong support from several neighbors, and she’s gathered hundreds of signatures on an online petition to allow her to continue operating the facility.

But she said some of the neighbors began trying to organize others to force her out before she’d even moved in, and without asking her what she was doing or visiting the facility to see it.

She said she’s received multiple threats, and several times people have broken into her facility, once armed with nunchucks.

“I’m scared,” she said. “I’m scared for myself and the animals. I’ve never been through anything like this in my life.”

While she’s keeping the facility locked down and not allowing any visitors, she’s still rescuing wildlife — like the baby coyote, and the baby ground squirrel someone dropped off in a cage outside her gate.

“This is our busiest time of the year,” DiSieno said. “There are a lot of premature litters from the weather, a lot of nests being blown out of trees by the winds.”

She noted she’s the only wildlife rescue operation between Morro Bay and Goleta and the only one that rescues fawns and coyotes between San Francisco and Camarillo.

“If I have to shut down, what will happen to the animals?” she asked.

Santa Barbara County has confirmed 20 new coronavirus cases for a total of 88, following a trend anticipated by public health officials of cases doubling every few days, officials said at a Monday press conference.

The spouse of an airman assigned to Vandenberg Air Force Base has tested positive for COVID-19, the 30th Space Wing public affairs office announced Friday.

The Santa Barbara County Public Health Department on Saturday said it had confirmed 17 new cases of COVID-19, bringing the total to 64 — nearl…

Paper bags of food were arranged via assembly line at a Santa Maria food bank warehouse on Friday by volunteers and members of the National Guard, who arrived earlier that morning to provide support during a surge in demand for basic provisions among residents due to the COVID-19 pandemic.

Santa Barbara County has confirmed 15 new coronavirus cases for a total of 47, with San Luis Obispo County confirming a total of 59, officials from both county Public Health Departments said at press conferences Friday.

Residential tenants who may be having trouble paying their rent because of a loss of income due to the response to the coronavirus pandemic got some relief Tuesday with the passage of an urgency ordinance banning evictions — provided they’re located in the unincorporated areas of Santa Barbara County.

Santa Marian Louis Meza talks about his experience with COVID-19: 'It's not just the common cold, it is worse'

After Louis and Melissa Meza were hospitalized with severe cases of COVID-19, Louis decided to inform the community about the devastating impact of the virus on his family in hopes of convincing the public to take it more seriously.

Julie DiSieno uses a syringe to feed a baby squirrel that was dropped off in a cage outside her Animal Rescue Team wildlife rehabilitation center in Solvang.

Julie DiSieno walks through the mostly empty wildlife enclosures at her Animal Rescue Team facility on Carriage Drive. A noise complaint from neighbors has led the county to issue an order to shut down the operation, which she has appealed.

A 15-day-old coyote pup stretches in Julie DiSieno's hands after being fed from a bottle at her Animal Rescue Team operation in Solvang.