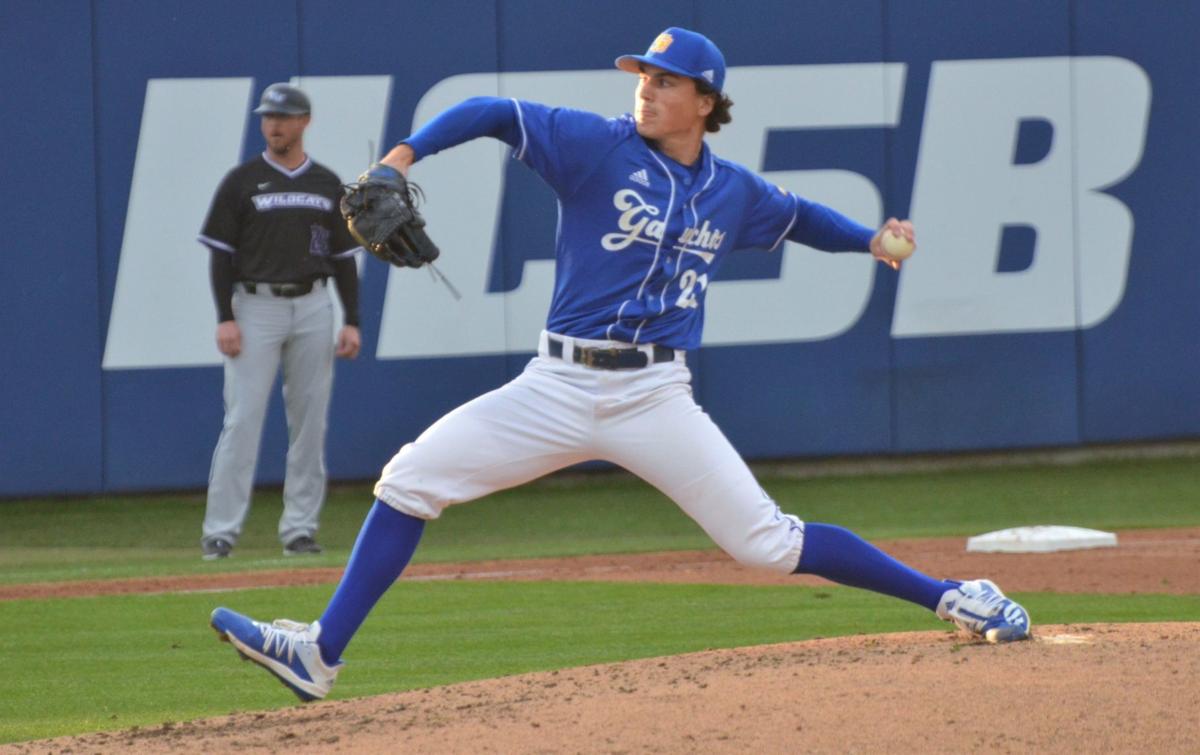 UCSB's Zach Torra pitches against Abilene Christian on Feb. 22, 2020 in Santa Barbara. Torra, a graduate of Santa Ynez High, went 3-0 on the season before university sports were shut down due to the coronavirus pandemic. He returns to a UCSB team picked to win the Big West this year. 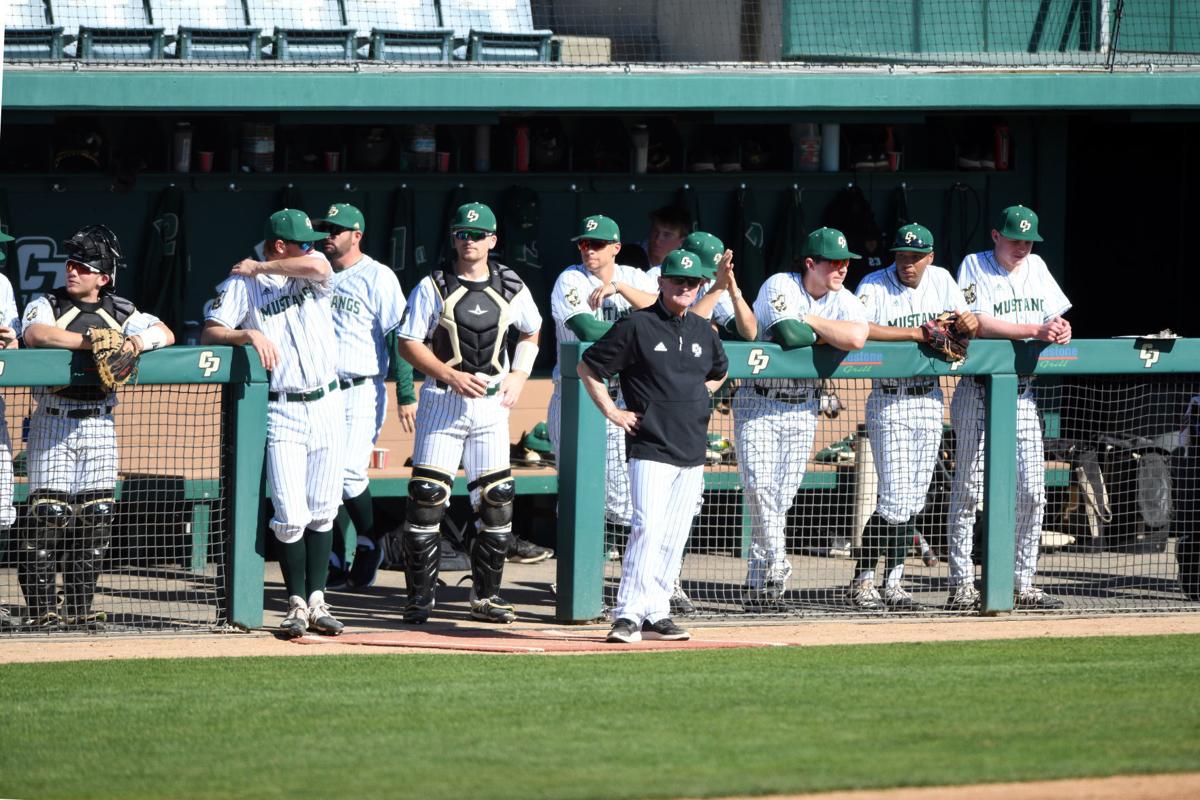 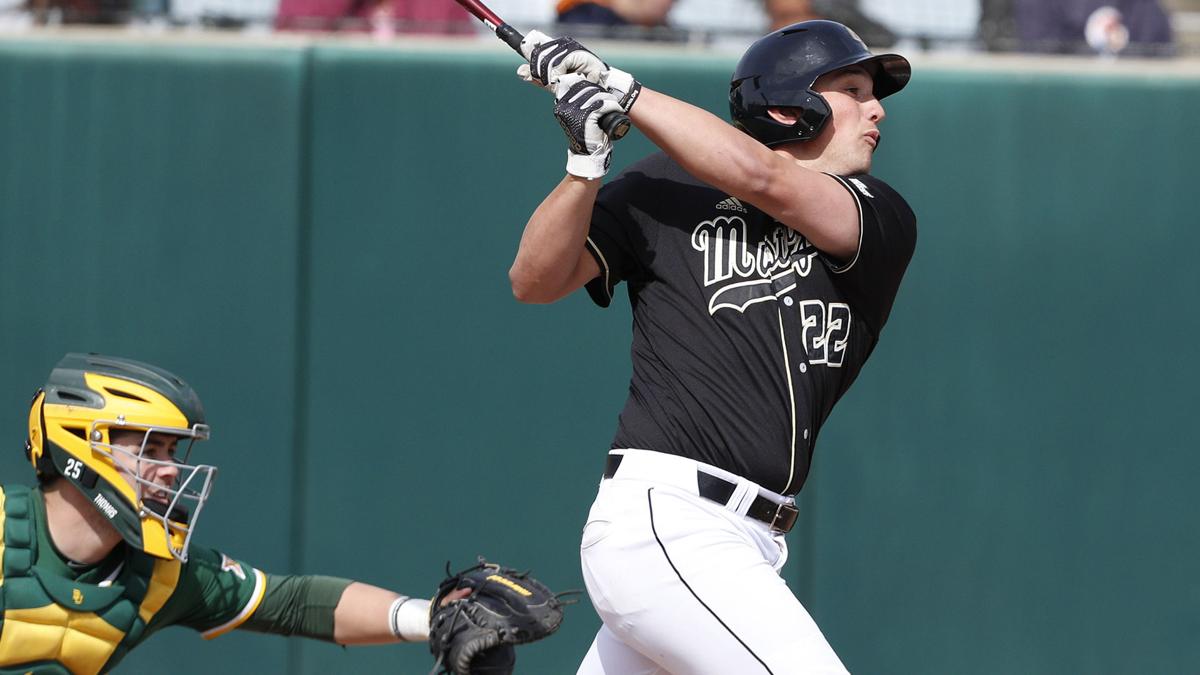 Cal Poly infielder Brooks Lee takes a swing during a 2020 game against Baylor.

The UC Santa Barbara baseball team has grown into one of the top programs on the West Coast in recent years.

Still, the Gauchos haven't quite earned that reputation in its own conference.

On Wednesday, UCSB finally broke a 20-or-so-year drought. The Gauchos have been picked as the favorites in their own conference in the Big West preseason poll. In a press release Wednesday, the school said that it's the first time "in over 20 years" that UCSB was picked to win its own conference.

Santa Ynez Pirates excited to get back on track

They won the conference in 2019 and were rolling early in the 2020 season that was ultimately canceled due to the coronavirus pandemic. The Gauchos received 10 first-place votes and 119 total points to take the top spot this year. Cal State Northridge, picked to finish sixth, also receives a first-place vote.

Long Beach State, with 96 points, is second in the coaches poll.

All three seasons, they ended up in second.

UCSB went 13-2 last year and returns 28 lettermen for head coach Andrew Checketts. That includes Santa Ynez High product Zach Torra, one of the Gauchos' top pitchers. The left-hander has also pitched for Cuesta and Hancock. He's been pegged as a preseason All-American.

Torra went 3-0 with a 0.36 ERA in 2020 after making four starts. He struck out 39 batters in 25 1/3 innings. He also earned All-American honors after last year's pandemic-shortened season.

The Gauchos are ranked No. 8 in the nation by Collegiate Baseball Newspaper and No. 10 by Perfect Game.

Last year, UCSB swept nationally-ranked Oregon State and defeated No. 1 UCLA before the season was cut short. Again, the Gauchos return virtually their entire roster from 2020.

Nipomo's Ryan McNeil is clearly among the area's best

Last year, the Gaucho pitching staff tied for first in the nation with a 1.84 team ERA.

Due to the shortened 2020 season UCSB is the reigning Big West Champion, having claimed the 2019 title.

The Gauchos are a combined 58-13 in the last two seasons and will be riding an eight-game win streak into opening day.

UCSB kicks off its 2021 season with a three-game home set against Santa Clara. The first game is set for Friday, Feb. 19 at 3 p.m.

The Big West has expanded to 11 teams with the addition of UC San Diego and CSU Bakersfield this year.

UC Irvine is picked to finish third, one point back of Long Beach. Cal Poly is fourth with 94 points and Cal State Fullerton rounds out the top five with 78 points.

Cal Poly returns 20 lettermen, including eight position starters and 10 pitchers, from last year's squad which posted wins over No. 1 and defending national champion Vanderbilt and No. 5 Michigan on its way to a 5-11 mark before the 2020 season was halted.

The Mustangs also have a bit of local talent with Brooks Lee, son of head coach Larry Lee, returning from his abbreviated freshman season.

Now a senior, catcher Myles Emmerson was Cal Poly's top hitter in 2020 with a .317 average. Also returning are junior outfielder Cole Cabrera (.274) and junior third baseman Tate Samuelson (.254), making the switch from first base this spring.

Lee and Emmerson were named as preseason All-Conference by Perfect Game.

Topping the pitching staff at Cal Poly are freshman right-hander Drew Thorpe, who led the team with 31 strikeouts in four starts, and junior southpaw Andrew Alvarez.

The roster also has been bolstered by three Boise State transfers -- first baseman Joe Yorke, outfielder Reagan Doss and southpaw Travis Weston, who also will be in the weekend rotation -- and one from Washington State in infielder Matt Lopez.

Cal Poly opens its 2021 season with a four-game series against Nevada on Feb. 19-22 inside Baggett Stadium. Due to guidelines established by Cal Poly, the San Luis Obispo County Public Health Department, the California State University system and the state of California as a result of the COVID-19 pandemic, no fans will be permitted at the present time.

Wilson coached both boys and girls basketball at Cuyama Valley High School. He also worked with nearly every grade at Cuyama's elementary and middle school.

Torres is embarking on his senior season with the Saints. He's long been his school's top cross country runner. Just last month though, Torres wasn't sure if he'd ever get to run for the Saints again. He completed his junior cross country season in the fall of 2019 with an appearance in the CIF State meet, where he finished 35th in the Division 2 race. He was fifth at the CIF Central Section Division 2 meet leading up to that.

Player of the Decade: Remember Kyle Raubinger? He was really, really good

Did any player over the last decade impact the game in the all ways Raubinger did? His resume at Arroyo Grande High School is certainly tough to match.

UCSB's Zach Torra pitches against Abilene Christian on Feb. 22, 2020 in Santa Barbara. Torra, a graduate of Santa Ynez High, went 3-0 on the season before university sports were shut down due to the coronavirus pandemic. He returns to a UCSB team picked to win the Big West this year.

Cal Poly infielder Brooks Lee takes a swing during a 2020 game against Baylor.