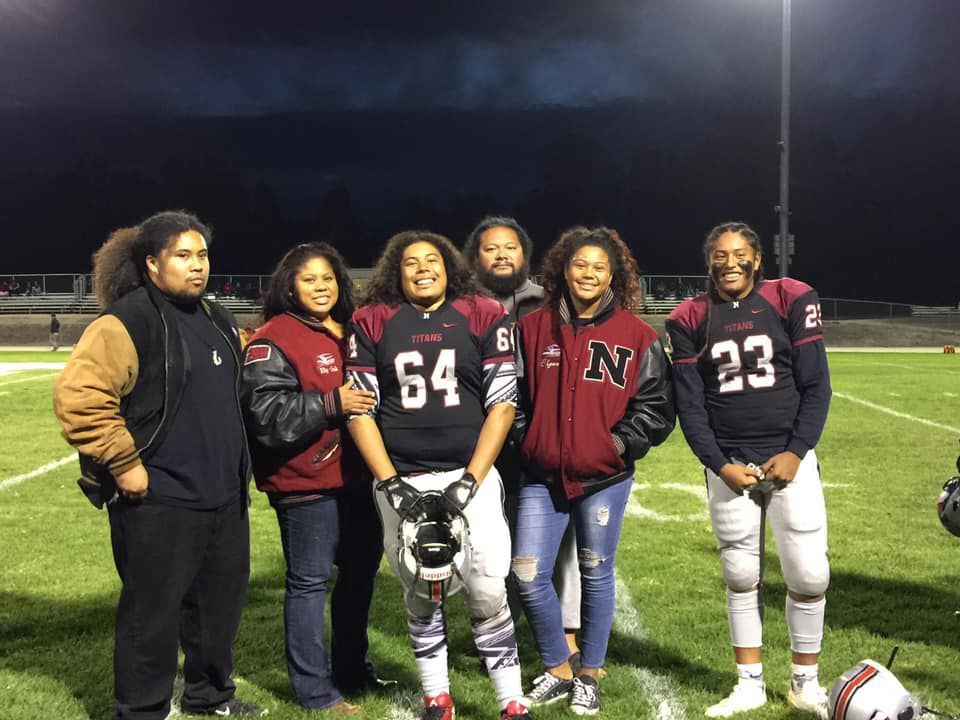 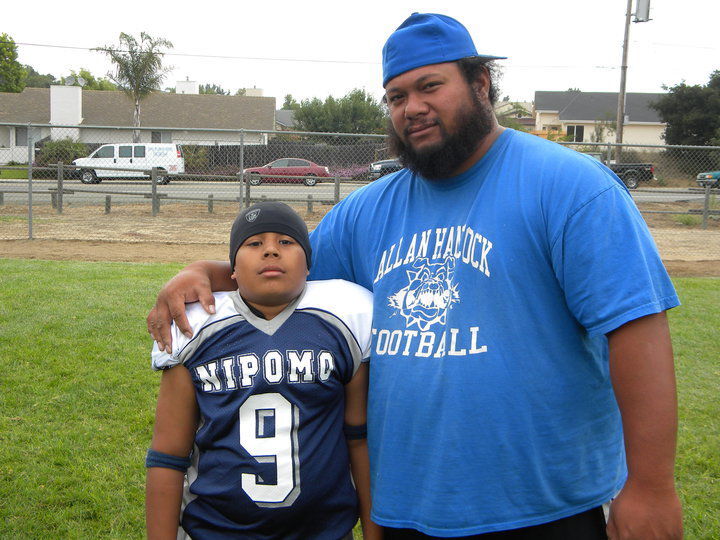 The heart and soul of Hancock College's football team has been its offensive line. Even in an era of spread offenses with high-flying offensive attacks, Hancock somehow found success with a rough-and-tumble ground game.

The man behind that offensive line was Sandy Pu'a.

Pu'a, a former Hancock standout player himself, died suddenly Friday, leaving current and former players and coaches stunned. A GoFundMe has been set up for the family.

Kris Dutra, who retired after a successful 2019 season that saw him capture the school's all-time wins record, first brought Pu'a on to the Hancock staff in 2003. Pu'a was an All-Conference guard for the Bulldogs who transferred in 1998 to Southwestern Oklahoma State.

"Sandy was part of the fabric of the program," Dutra said Saturday. "Throughout my time there, he was my line coach. That group he was coaching led the state in rushing. He doesn’t talk very much, but his presence is always felt, at practices and games. He got the team fired up a lot and he used to do a chant in the end zone prior to the games.

Hancock's offensive line has garnered a reputation among the best in Southern California. Hancock's rushing attack has consistently been led its conference, and did lead the state in yards and touchdowns under Pu'a's watch.

Like the guys he developed, Pu'a was a physical player himself. He grew up in American Samoa and came to Hancock in 1997, developing into an All-Conference guard.

"Sandy was a hard-nosed guy, a real aggressive coach," Dutra said. "He played in the system and knew it real well. I couldn’t find a better guy for what we did offensively, whether it was run-block or pass pro. Sandy's a man of few words, but he did a fantastic job and we've been very fortunate to have him in the program."

Hancock athletic director Kim Ensing said Saturday, "For me, the start of a football season will never be the same as the sound of his commands in working with the linemen always welcomed a new year. He will be sorely missed."

Pu'a also built a proud family of athletes with his wife, Candy. Ely-Jah, Elyaz and Keyshawn Pu'a were all standout football players at Nipomo, with Keyshawn now a senior at the school. Key-annah Pu'a is one of the top softball pitchers in the area.

"I'm not surprised by their athleticism," Dutra said of the Pu'a family. "That's in their blood for sure, because Sandy was athletic for an offensive lineman."

TJ Boone, a 2020 Hancock graduate, said Pu'a had a profound impact on him. Boone was a two-year starter on the offensive line for the Bulldogs.

"He's a great man," Boone said. "During the two years I was at Hancock, coach Pu'a treated us like we were his own. For most of us coming from out of state, he was a father figure that we needed to have. On the field, he was a great coach and he did more for us than teach us how to be better football players, he taught us how to be better men. He taught us to take every day as an opportunity to better yourself on and off the field.

"He was a kind soul who had a positive impact on every player that he coached. He'll be missed by many."

Nipomo's Ryan McNeil is clearly among the area's best

Ryan McNeil fit the bill for a starting pitcher. He was big, strong, athletic and confident.

Wilson coached both boys and girls basketball at Cuyama Valley High School. He also worked with nearly every grade at Cuyama's elementary and middle school.